Netflix recently announced they will be adapting Brian Jacques’ Redwall novels with Over The Garden Wall creator  Patrick McHale.

They wrote, “Big news! The creator of Over The Garden Wall is working on a Redwall adaptation for Netflix! I’m already preparing myself for the feast scenes.” 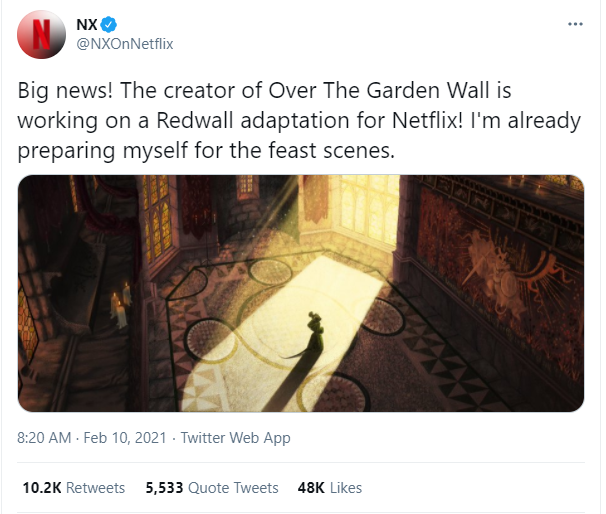 The original Redwall was published back in 1986. It introduced readers to Redwall Abbey, the Mossflower Wood, and Matthias a novice monk at Redwall Abbey.

The book followed Matthias as he sought the legendary weapons of Martin the Warrior, the founder of Redwall Abbey, in order to defend the abbey from an encroaching horde of rats led by Cluny the Scourge.

Matthias’ journey to find the weapons sees him encountering a tribe of sparrows called the Sparras that live on the roof of Redwall Abbey, the vicious adder Asmodeus Poisonteeth who terrorizes Mossflower Wood, and a friendly group of Mossflower shrews. 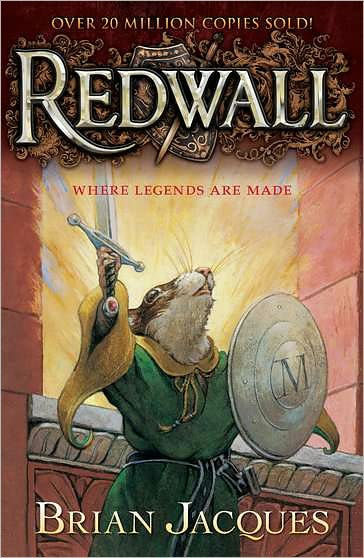 The official description of Redwall begins, “It is the Summer of the Late Rose, and the mice of Mossflower Wood are gathered at the ancient stone abbey of Redwall, celebrating a year of peace and abundance. But a shadow has fallen across the abbey, for it is rumored that Cluny is coming – Cluny, the terrible one-eyed rat, whose vow is to conquer Redwall.”

It concludes, “The woodland creatures rush to a desperate defense. But what can peaceloving mice do against Cluny and his army? If only they had the sword of Martin the Warrior. But it’s hiding place is long forgotten, even by the wise old mouse Methuselah. It is his young apprentice Matthias who sets out to find the legendary sword and becomes a most unlikely hero…” 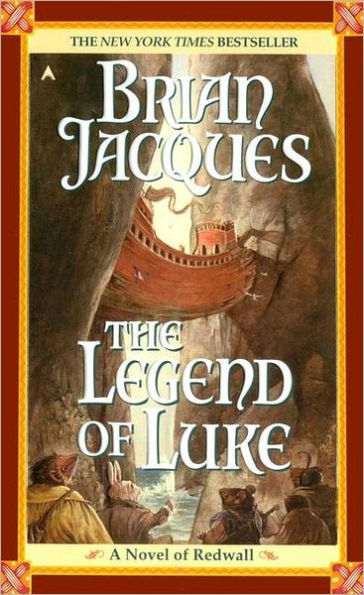 Not all of the books follow the adventures of Matthias and many are set in different periods of the fictional history of Redwall and Mossflower. Some even take place in distant lands beyond Mossflower. 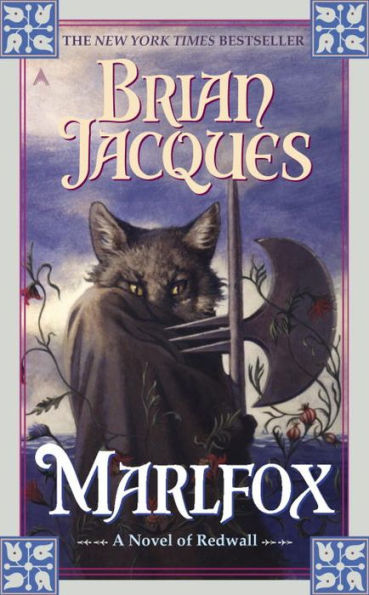 Variety reports that Netflix will be teaming with Penguin Random House Children to make both animated films and TV series based on Jacques’ Redwall books.

Penguin Random House Children’s Fiction Publisher Ben Horslen commented on the deal, “We couldn’t be more delighted to announce this deal. These perennially popular stories have been etched onto the hearts of millions of readers, and we are thrilled to partner with Netflix to bring those beloved characters on screen for families worldwide to enjoy.”

This isn’t the first time Redwall has been adapted to TV. Back in 1999 Nelvana and TV-Loonland AG produced three seasons of Redwall that covered the original book, Mattimeo, and Martin the Warrior.

Are you interested in seeing what Netflix will do with Brian Jacques’ Redwall novels?