Today, we’ve got more stupid including a Jezebel writer thinking Chun-Li is a Mortal Kombat character, Bill Gates wanting to dictate what you eat, Funimation’s comments on anime, and more. 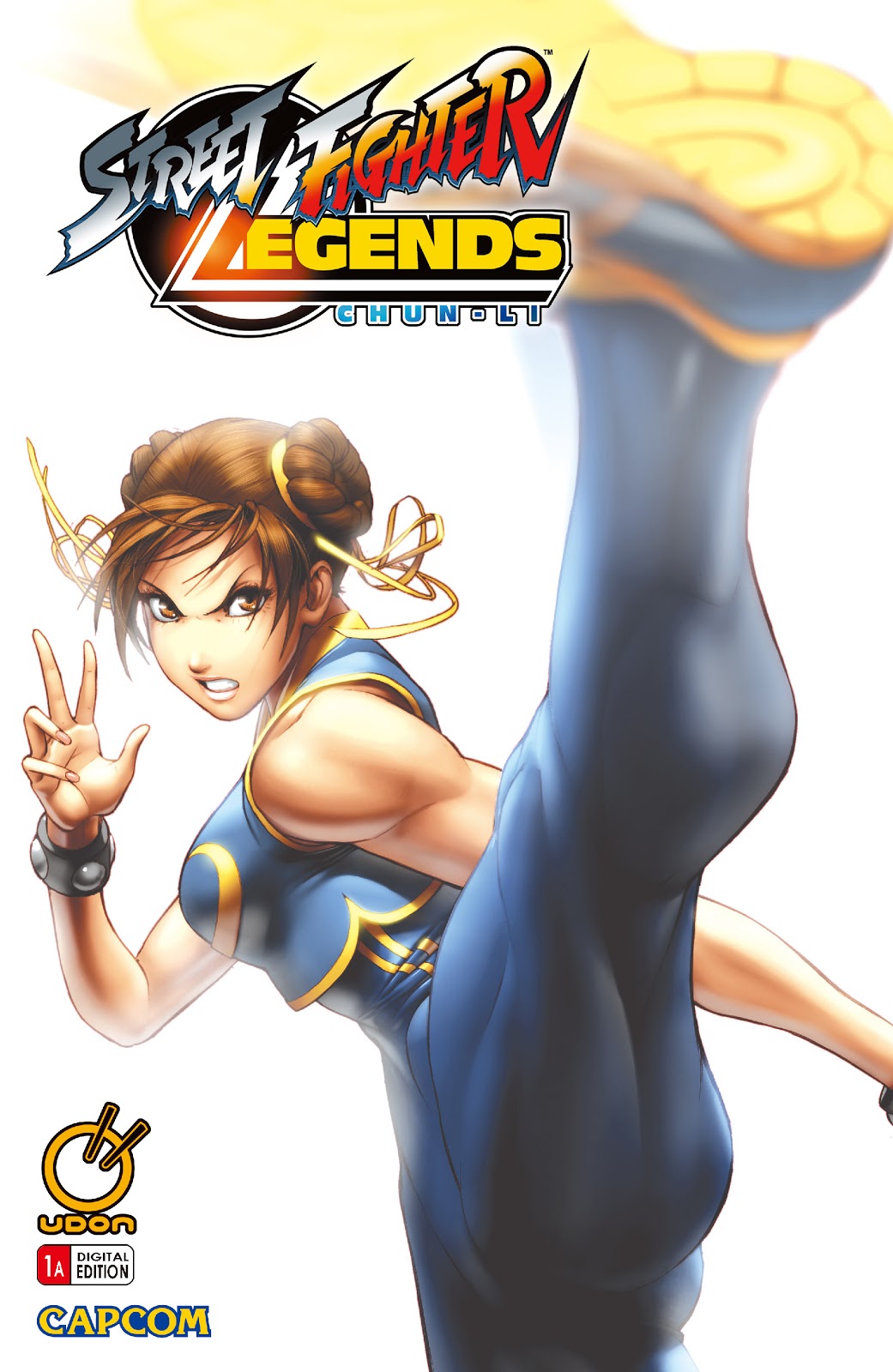 We are starting off strong today. Jezebel published an article titled “Who Forgot to Invite Chun-Li to the Mortal Kombat” written by Shannon Melero.

If you thought the headline was bad. Well, it gets worse in the actual article. Melero actually wrote, “But being the astute film critic that I am I immediately clocked a glaring error in the film. Where in all the realms is Chun-Li?”

Astute film critic. Are you kidding me? Most definitely not. You write for Jezebel. 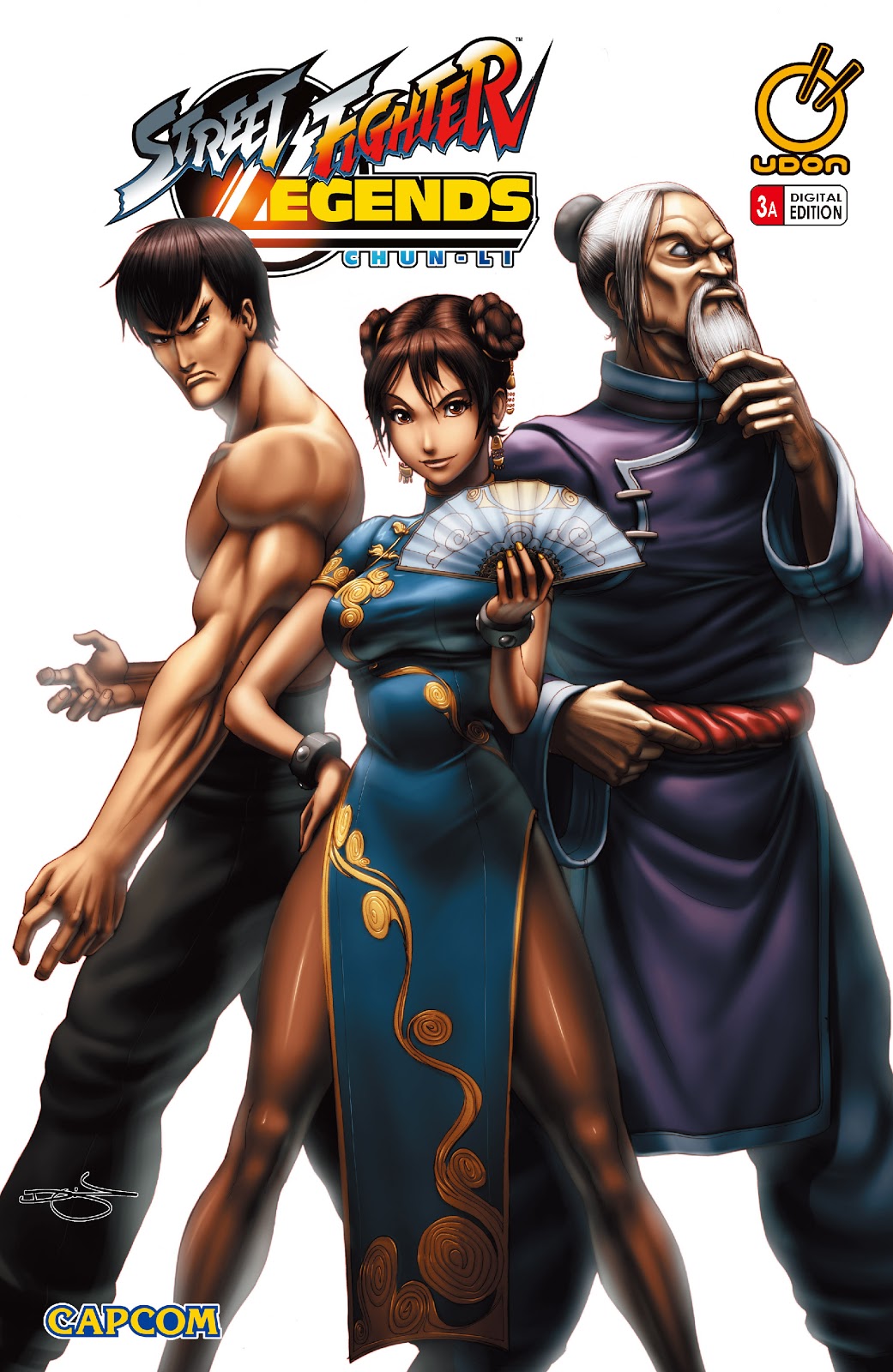 But she continued, “If there is a battle for the fate of Earth then don’t we need all of the greatest warriors gathered, which would include Chun-Li and her spinning bird kick that can knock a man’s head clean off? Sounds like a pretty big plot hole to me that the ultimate street fight is supposed to be won by a ragtag team helmed by Sonya Blade, no offense to the Sonya stans.” 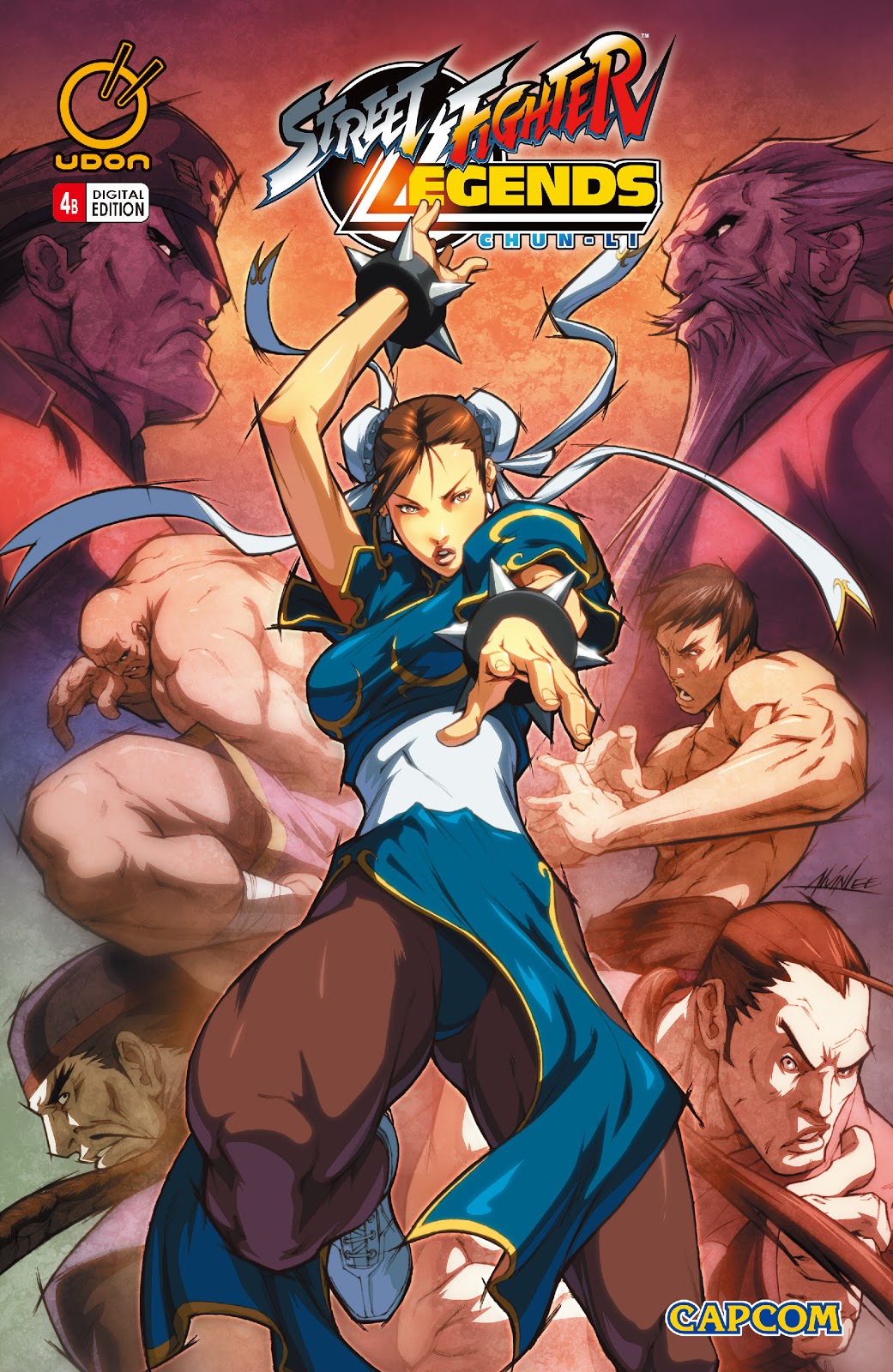 Shannon Melero is a complete and utter dunce. And Jezebel and their editors are doubly so for not even doing their one job. This is the state of the loser entertainment media. They are fake fans who don’t know what they are talking about. They are also morons. 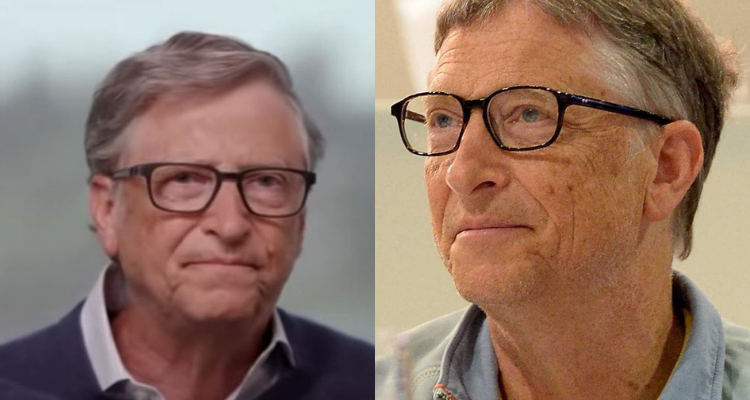 In an interview MIT Technology Review, Bill Gates, one of the wealthiest men in the world, called on rich countries to “move to 100% synthetic beef.”

In fact, he fully believes this is possible through government action. Gates explains, “Eventually, that green premium is modest enough that you can sort of change the [behavior of] people or use regulation to totally shift the demand.”

If you are a fan beef’s taste, Gates doesn’t care. He states, “You can get used to the taste difference, and the claim is they’re going to make it taste even better over time.”

Now, you might be thinking why is this stupid. Well, see Bill Gates is here telling you what you should eat, when back in 2015, the guy drank water made from feces.

And not just any feces, human feces. He even bragged about it on Twitter.

He wrote, “I drank water made from human feces.” 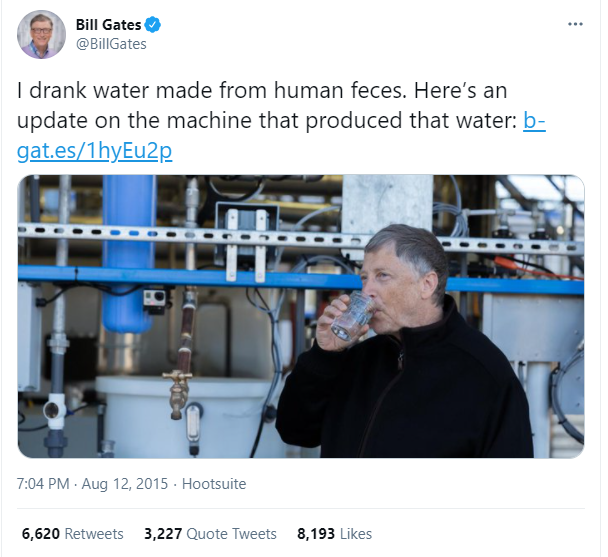 Sorry, I don’t take food consumption advice from a guy who drinks water made of human feces. And it’s laughable that he thinks he can use his billionaire status and wealth to dictate whether or not people want to eat real beef. Dumb.

3. Funimation Claims Anime Is For Everyone

Funimation took to Twitter where they wrote, “Never gonna stop thinking about how great it is that anime is for everyone!”

I’ll let some of the responses to the tweet show just how stupid it is.

AJMasterSith writes, “Yeah until you (funimation)censor it and you insert IRL western politics into the anime and when some of your voice actors attack and belittle the fans acting unprofessional.” 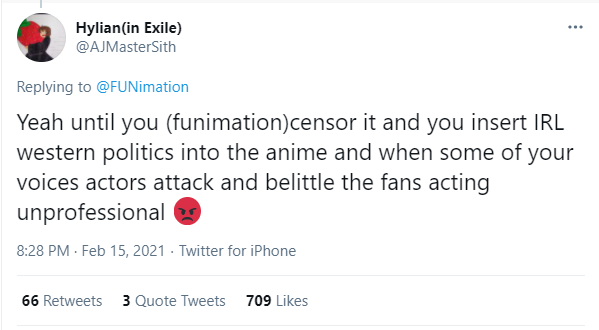 Niche Gamer wrote, “‘Sorry, but this content is unavailable in your country.'”

N7_Paul wrote, “Says the company that pulled Hybrid X Heart physical release from their calendar three and a half years ago. Keep implementing dub changes that are not part of the original anime, and dropped Interspecies Reviewers.” 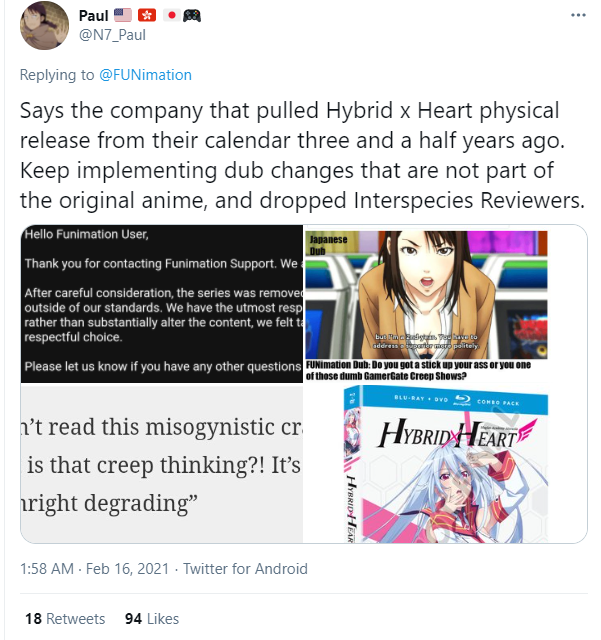 Sinister_Smiley actually shared a screenshot from Funimation with the message “Sorry, but this content isn’t available in your country.”

Smiley added, “This is the most ironic Tweet i have seen this year… maybe ever on Twitter? Please explain to me as a South Africa how anime is available to everyone when I want to give Funimation my money but you guys would rather have me be a pirate. I’ll just keep my money then.”

Funimation’s tweet is most definitely stupid given their track record and current policy. Welcome, to the Daily Stupid! 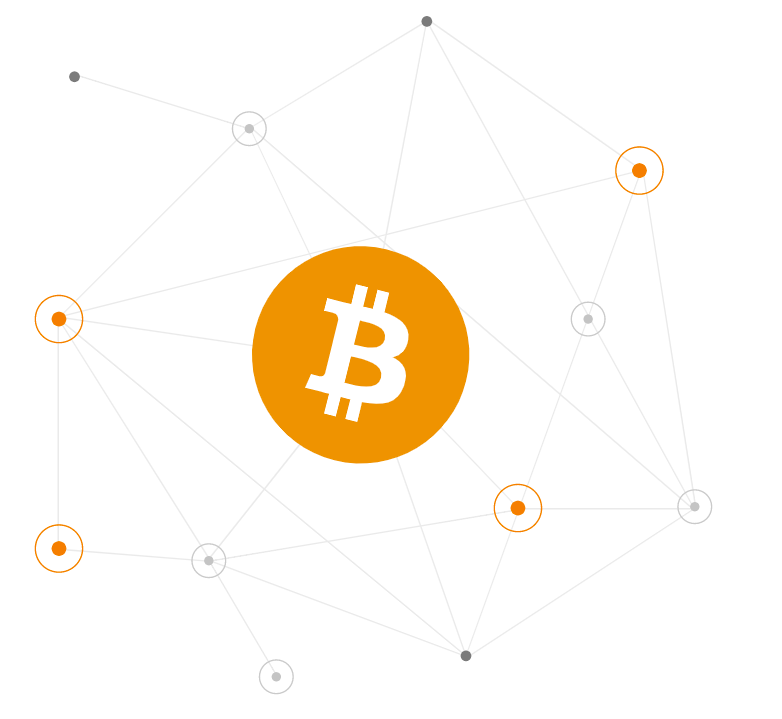 Holthaus took to Twitter to write, “I finally figured it out: Bitcoin is weaponized toxic masculinity.”

In a subsequent tweet, he added, “Same exact vibes as frat boy rape culture. The cruelty is the point.”

This guy is a complete and utter moron. Bitcoin is a digital currency.

Here’s how Bitcoin.org defines the currency, “Bitcoin uses peer-to-peer technology to operate with no central authority or banks; managing transactions and the issuing of bitcoins is carried out collectively by the network. Bitcoin is open-source; its design is public, nobody owns or controls Bitcoin and everyone can take part.”