The discovery that Troy Leavitt, a lead designer for the studio in charge of the upcoming Harry Potter game Hogwarts Legacy, used to host an “anti-social justice youtube channel” has led to outrage among the mainstream gaming press. 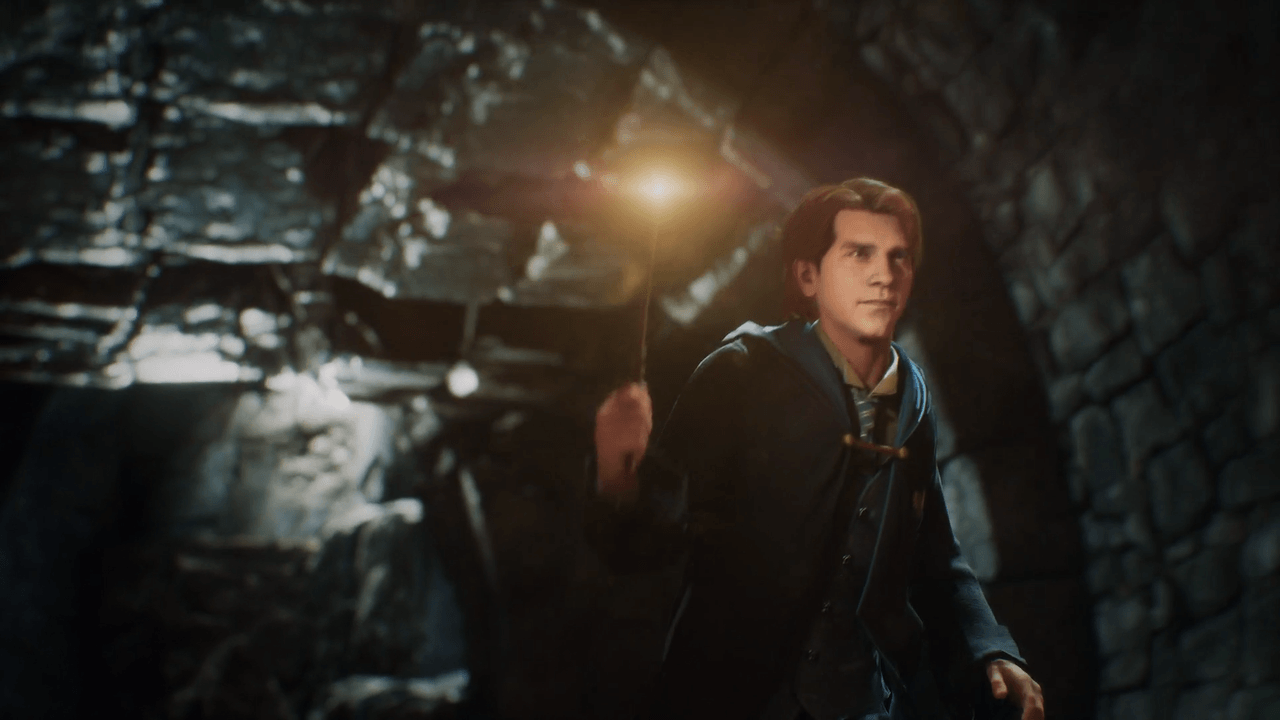 Leavitt’s YouTube channel was first brought to widespread attention by ComicBook.com and Unseen64 writer Liam Robertson, who took to his personal Twitter page on February 19th to accuse Leavitt of being “a far right YouTuber” based on the “anti-[feminism] and pro-GG vids” hosted on his channel. 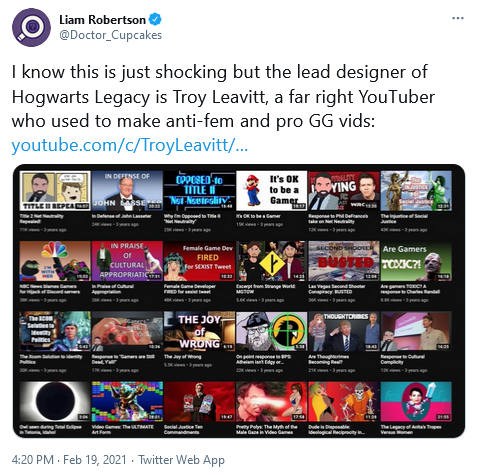 Last updated two years ago and boasting over 25.7k subscribers, the videos featured on Leavitt’s channel cover a number of cultural topics such as why “it’s OK to be a Gamer”, the “Injustice of Social Justice”, and “The Legacy” of Anita Sarkeesian’s failed Tropes Versus Women series. 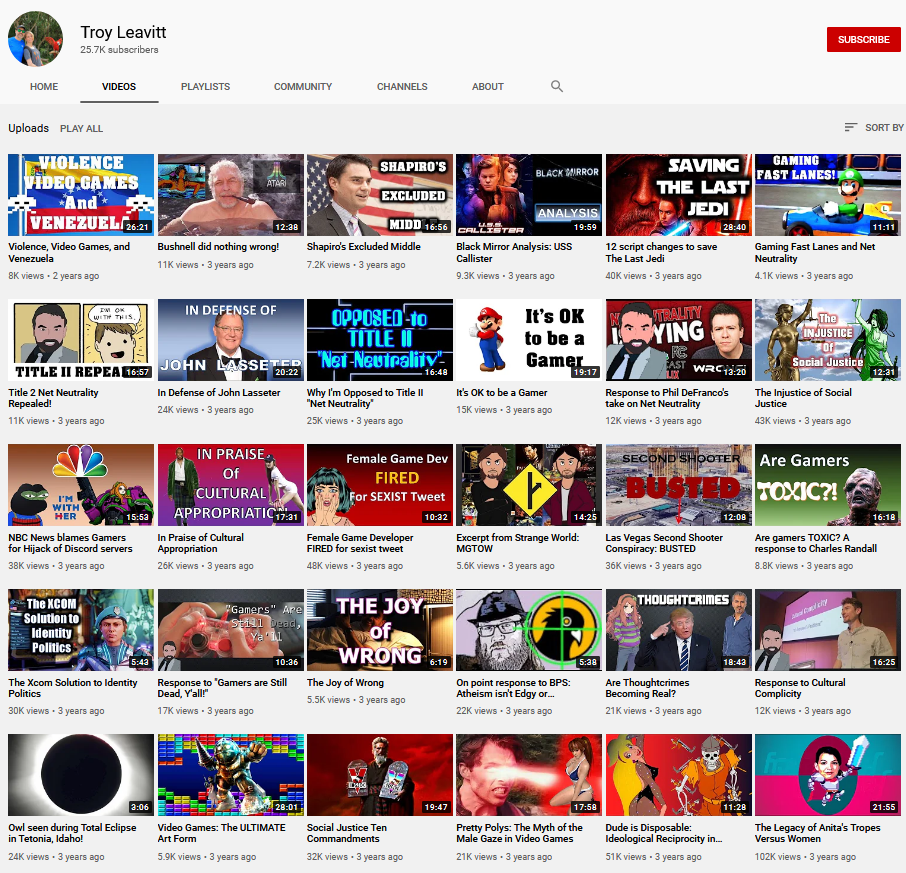 “I want to make something clear here – I’m not trying to “cancel” anyone,” disingenuously claimed Robertson, attempting to save face after being widely criticized for what many saw as an attempt to ‘cancel’ Leavitt for holding opposing viewpoints.

“I just wanted to let people know this because I feel like it’s something people might like to know before deciding whether to support this project,” he added. “This is all public info and there for anyone to find.” 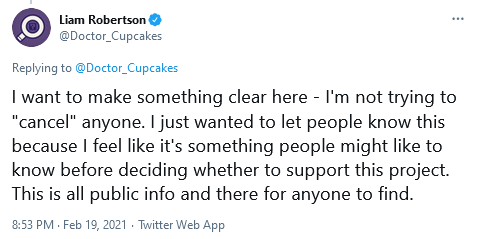 Following Robertson’s callout, the history of Leavitt’s YouTube channel was soon picked up by Kotaku who described Hogwarts Legacy as “controversial” due solely to Harry Potter creator J.K. Rowling’s views towards transgender sociopolitical issues and wrote that, in addition to his work on the game, Leavitt “also ran a reactionary YouTube channel focused on attacking feminism and social justice for over a year.”

However, much to the assumed dismay of the outlet, Leavitt’s YouTube channel was both no secret to or a problem for Warner Bros., as in a video concerning the unfounded accusations of sexual misconduct leveled against Atari co-founder by Brianna Wu and former ArenaNet developer Jennifer Scheurle, the designer claimed that he disclosed his personal history to the company after being hired by Avalanche Software in 2018.

“Some of you have expressed that, due to my commentary on some game industry controversies and my sympathies for the Gamergate movement, that I might have a difficult time should I ever want to return to professional game development,” said Leavitt in the video.

“I’m happy to say that, even though I disclosed my YouTube channel to WB Games, it didn’t appear to be an issue for them,” he revealed. “Not that they endorse anything that I’ve said, of course, but at least they seem more concerned with making good games than with pushing some kind of a social justice agenda, so there is hope.”

To a similar end, Leavitt also lists his full “game development history” in the ‘About’ section of his YouTube page. 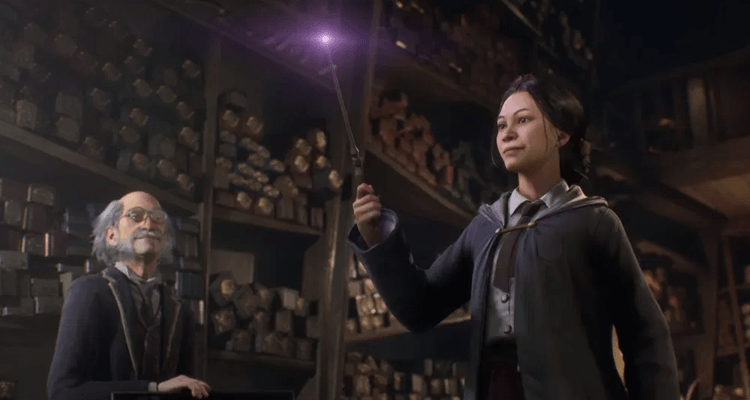 In an effort to validate their outrage towards Leavitt’s channel, Kotaku also concluded their article by citing how “several users on popular gaming forum ResetEra have asked moderators to ban Hogwarts Legacy discussion altogether due to both Rowling’s influence on the franchise and Leavitt’s work as lead designer, a request moderators seem to be taking seriously”.

Following Kotaku’s report on Leavitt, Wu claimed to have been “targeted by this channel” and asserted that, as such, “you should not buy this game. Period.” 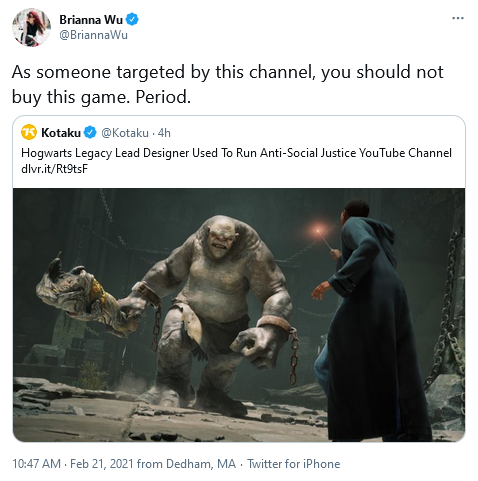 As of writing, Leavitt has not responded to Kotaku’s requests for comments.

What do you make of Leavitt’s YouTube channel? Let us know your thoughts on social media or in the comments down below!