The announcement came via the AP, who wrote, “Hasbro, the company that makes the potato-shaped plastic toy, is giving the spud a gender neutral new name: Potato Head. The change will appear on boxes this year.”

They also added, “Hasbro said Mr. Potato Head, which has been around for about 70 years, needed a modern makeover.”

There was no information on whether they will be changing Mrs. Potato Head as well. 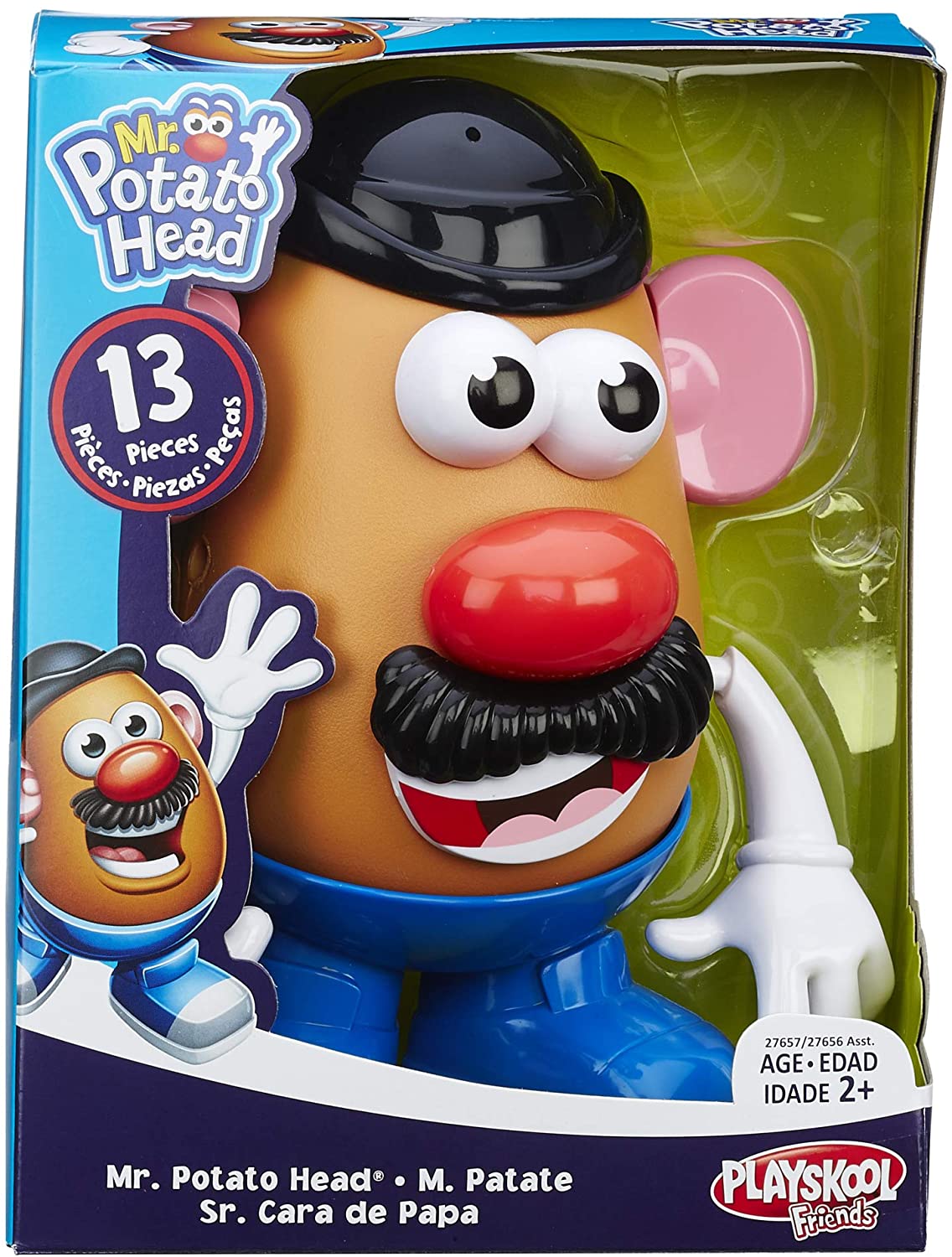 Another wrote, “Hasbro? You mean Hasthem.”

Another questioned, “Will it be a gender neutral Peppa Pig? #BoycottHasbro

Still, another added, “why tf are you doing this. Leave MR potato head alone. #ThereAreOnlyTwoGenders.”

Another linked the AP article and wrote, “Screw You #GoWokeGetBroke.” 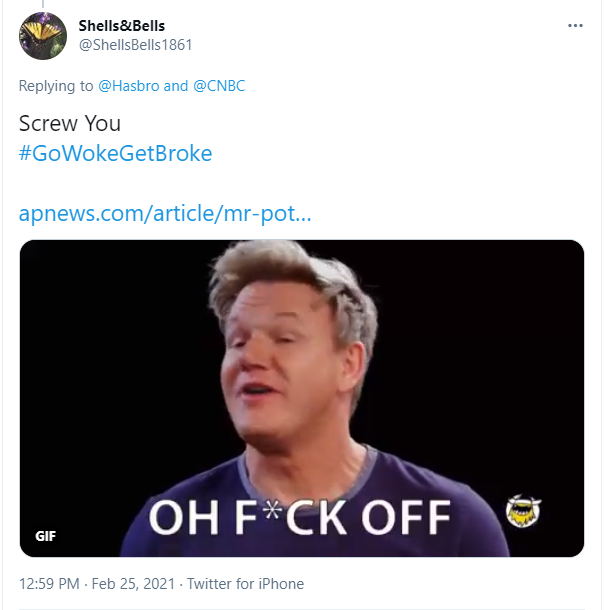 RyanTreeFiddy wrote, “You’re a company of lunatics. Who gives a fk about the gender of a f’ing toy? Jesus man. Idiots.”

MsPanda007 wrote, “Shame on you. There was NOTHING WRONG with MISTER Potato Head.”

“SHAME ON YOU. No more Hasbro “woke” toys for the children in my life,” MsPanda007 concluded. 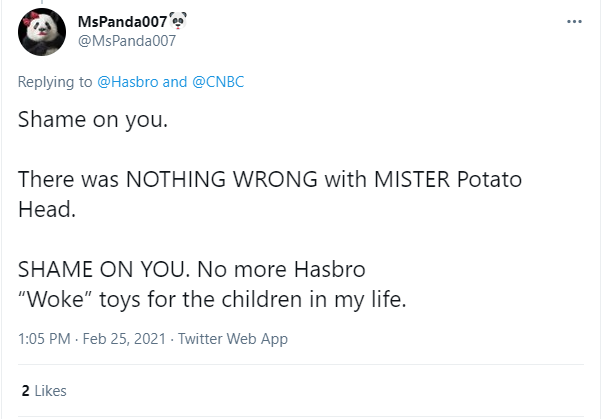 Mr. Potato Head is just the latest in a long line of causalities.

What do you make of this change to Mr. Potato Head?