Seven Seas Entertainment announced they have acquired the license to Kamen Rider – The Classic Manga Collection by Shotaro Ishinomori. 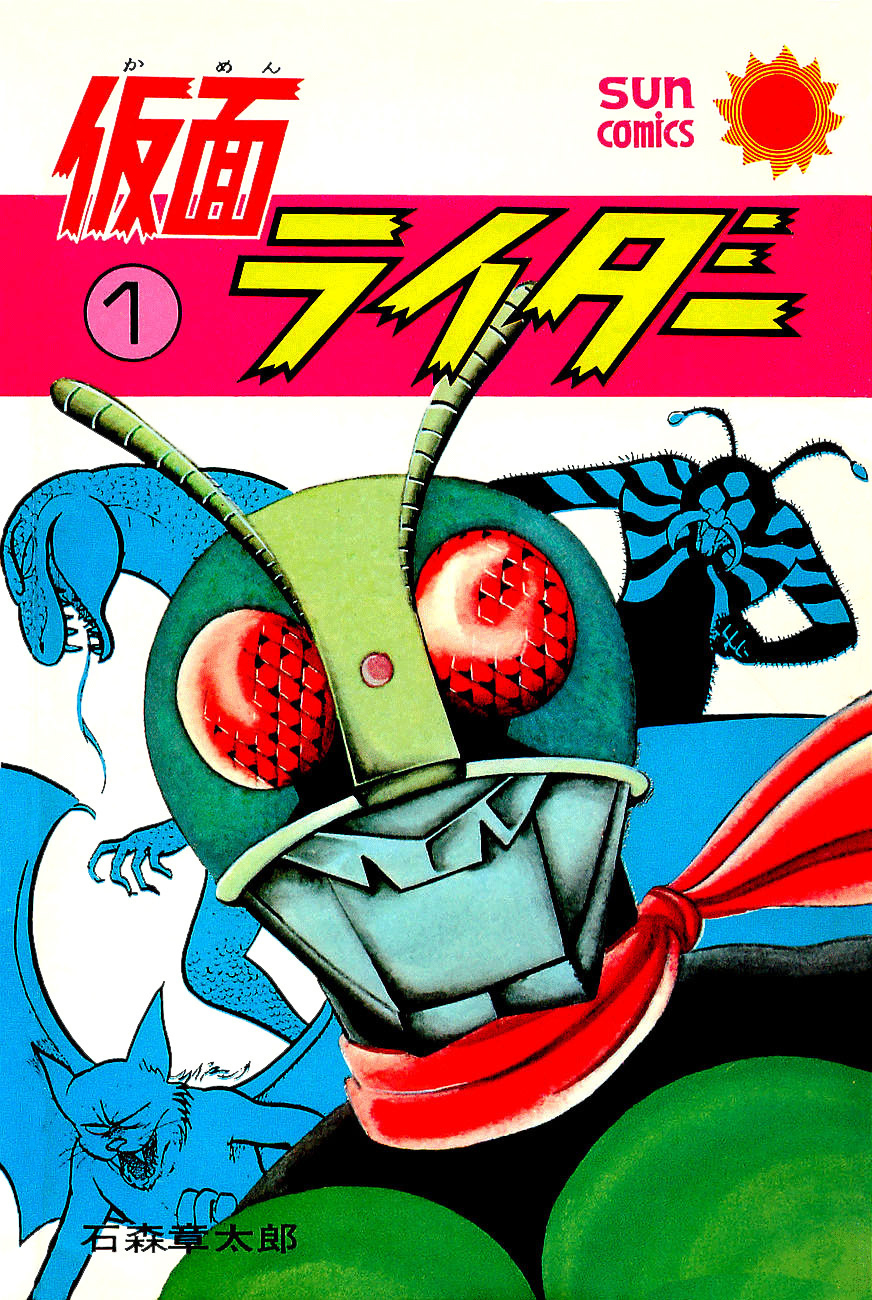 Seven Seas Entertainment will publish the collection in a special 50th anniversary hardcover omnibus in English.

The official description begins, “Fans the world over have long been enthralled by tales of Kamen Rider, the masked, motorcycle-riding superhero who protects the world from injustice.”

“Kidnapped and experimented upon by the evil terrorist organization known as Shocker, Takeshi Hongo manages to escape their clutches and use his newfound strength to fight against their schemes,” it continues.

It concludes, “The adventures of Kamen Rider span dozens of television series and films, but in these pages are collected his very first adventures in manga print, drawn and written by original creator and manga superstar Shotaro Ishinomori.” 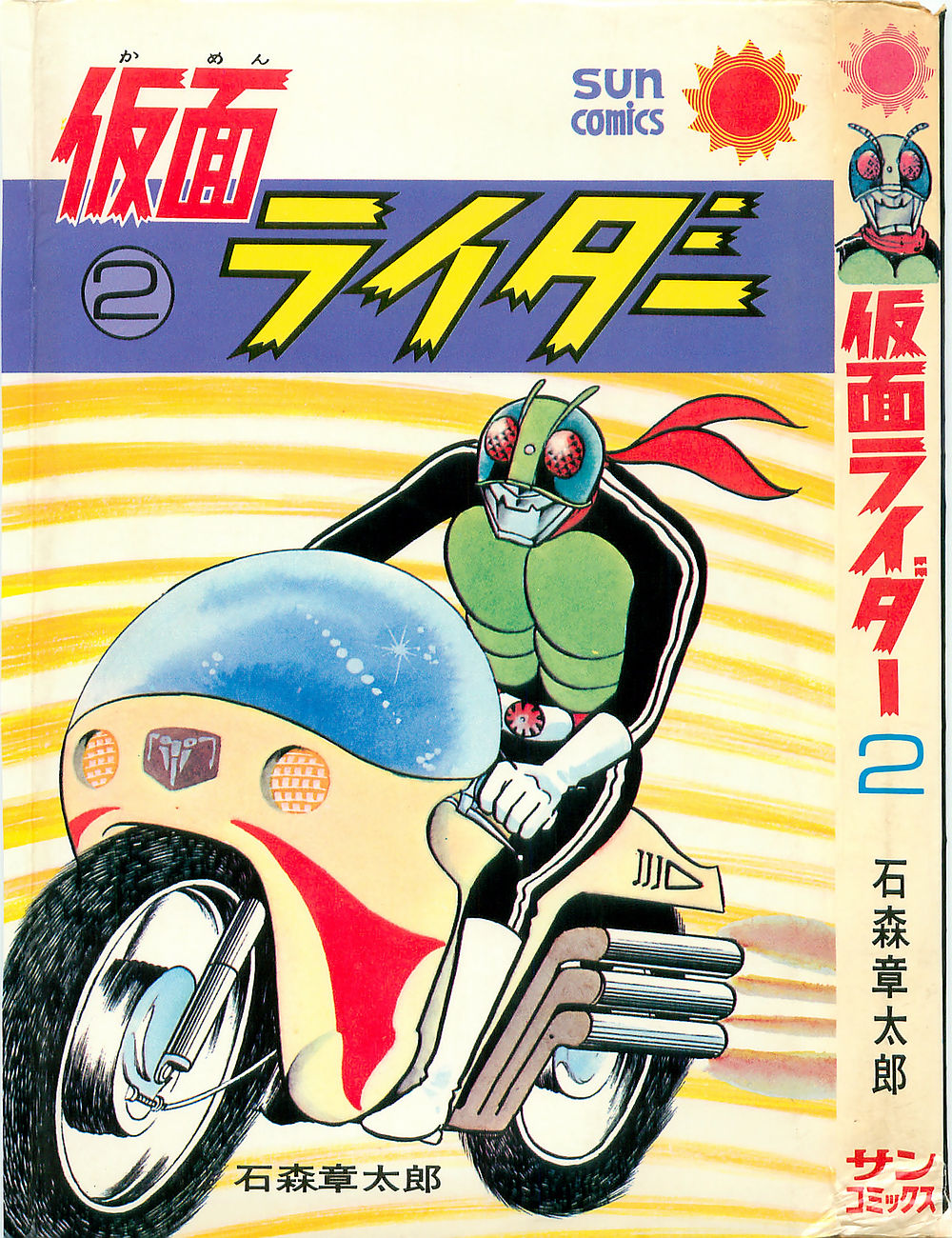 The hardcover omnibus is over 800 pages long and contains all of Volumes 1-4 of Kamen Rider with a new English translation. 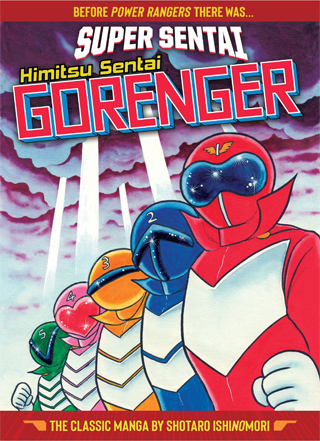 This hardcover collection is adapted by Alexis Roberts and Dawn Davis with translation work by Alethea and Athena Nibley. Lettering is done by Bambi Eloriaga-Amago and Roland Amago.

The description begins, “An evil secret society called the Black Cross Army threatens world peace, and only an elite task force known as the Earth Guard League (EAGLE) can stop them.”

It continues, “After the Black Cross Army destroys EAGLE’s headquarters across Japan, five young recruits survive. Hiding in a secret underground base, they are given enhanced battlesuits that empower them with superhuman abilities, transforming the youths into an unstoppable squad to combat evil.” 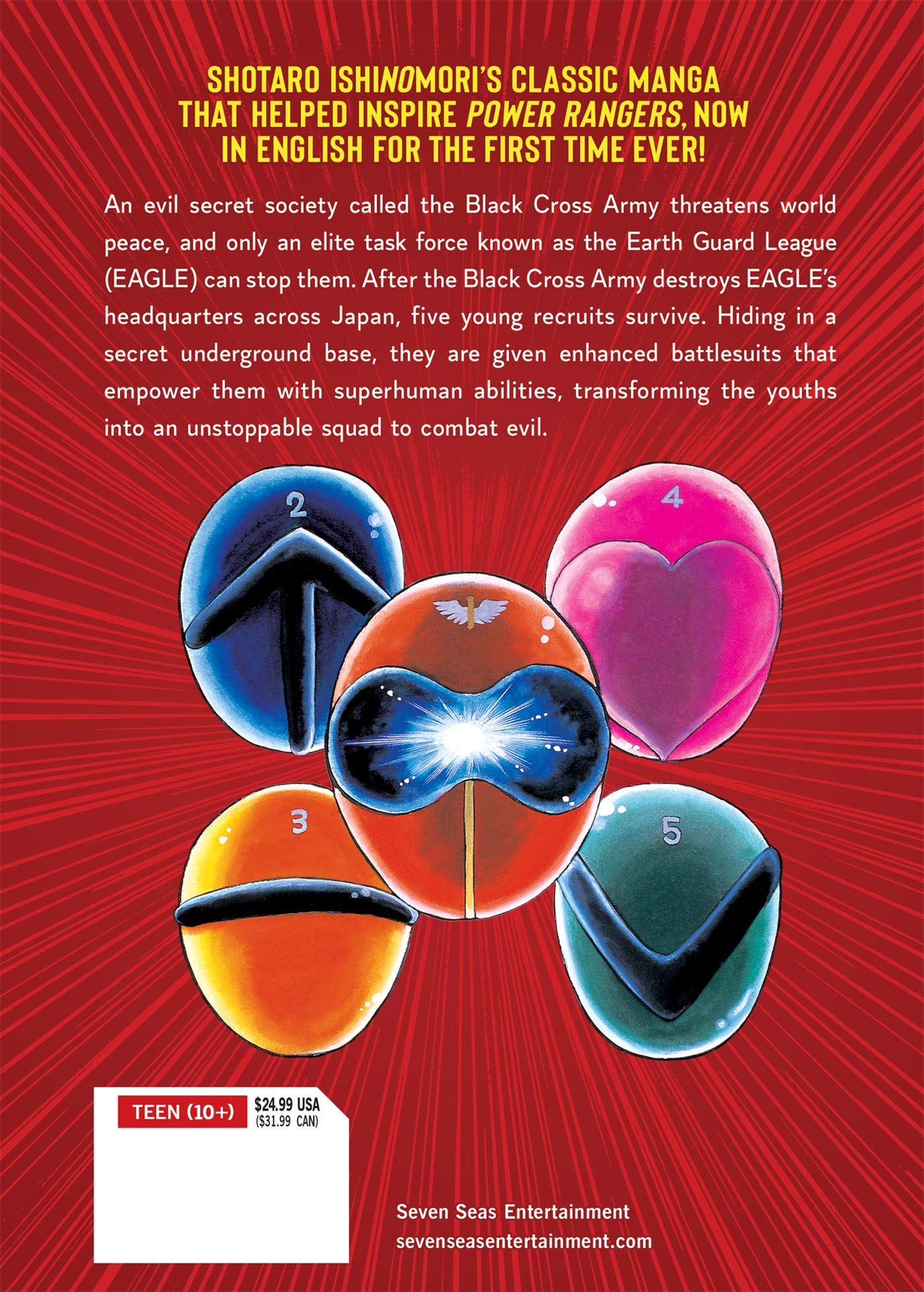 The description concludes, “Tied to the first Japanese Super Sentai tokusatsu TV series ever made, this genre-defining work laid the groundwork for decades of such adventures, including the wildly popular Power Rangers franchise in North America. Read Shotaro Ishinomori’s original manga adaptation of Himitsu Sentai Gorenger in this beautiful hardcover collection.”