Welcome to The Daily Stupid, Bounding Into Comics’ newest column where we take the time to recognize the dumb, stupid, and unbelievable news of the day.

In this week’s Sunday Edition, guest-written as usual by your friendly neighborhood Associate Editor, we’ll take a look at Dr. Seuss being deemed racist, people celebrating the death of the director for the first season of Miss Kobayashi’s Dragon Maid, a Dutch poet stepping down from translating a black woman’s work, and an English anime and video game translator once again injecting contemporary buzzwords into their project. 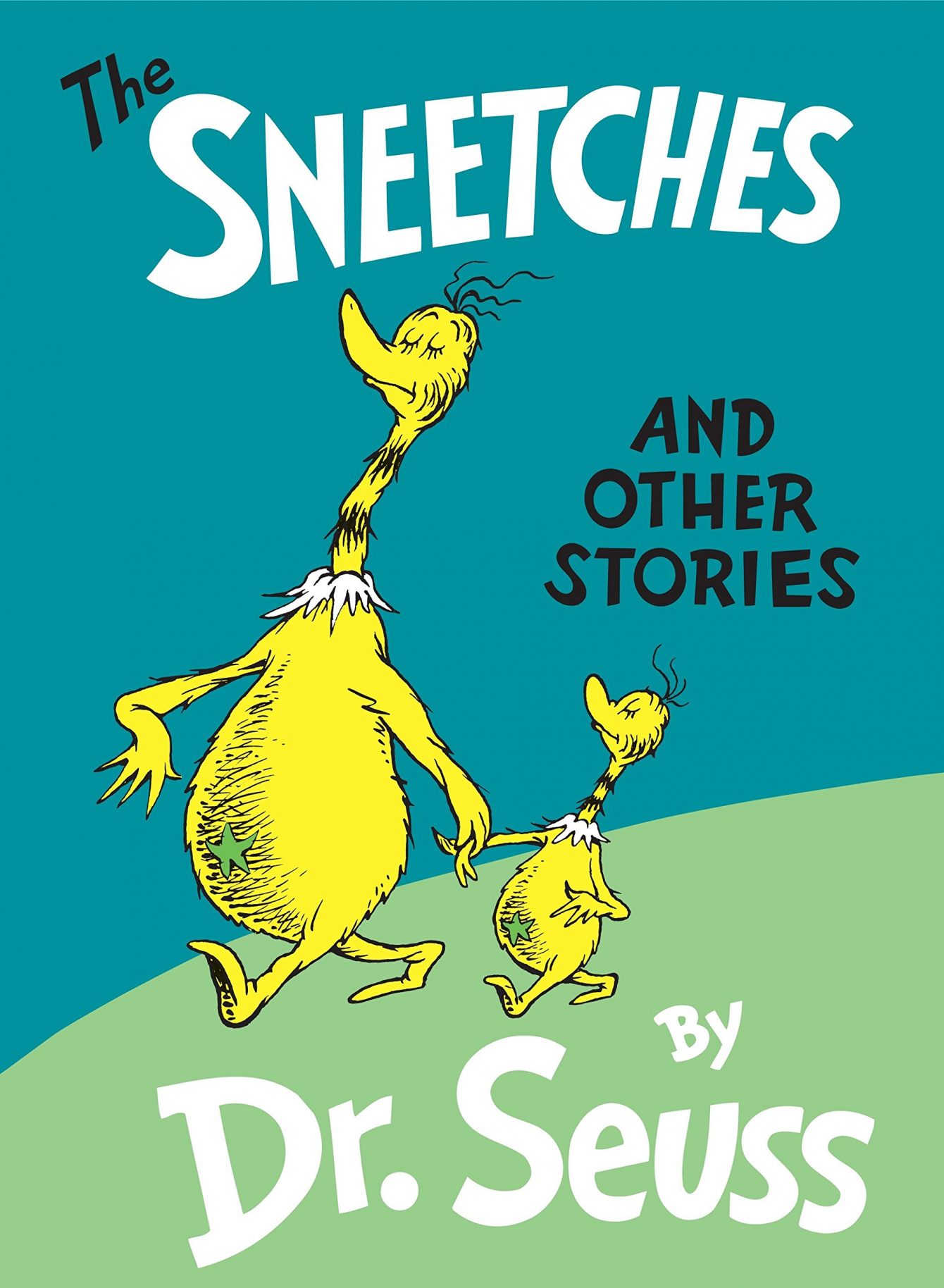 The Loudoun County Public School District in Virginia has encouraged its students to disassociate Read Across America Day with the birthday of iconic children’s author Dr. Seuss based on accusations that his work contains “strong racial undertones”.

Though many outlets and social media users who picked up on the story reported that Dr. Seuss’ works had been outright banned within the school district, Loudon schools spokesman Wayde B. Byard explained that this was not the case. 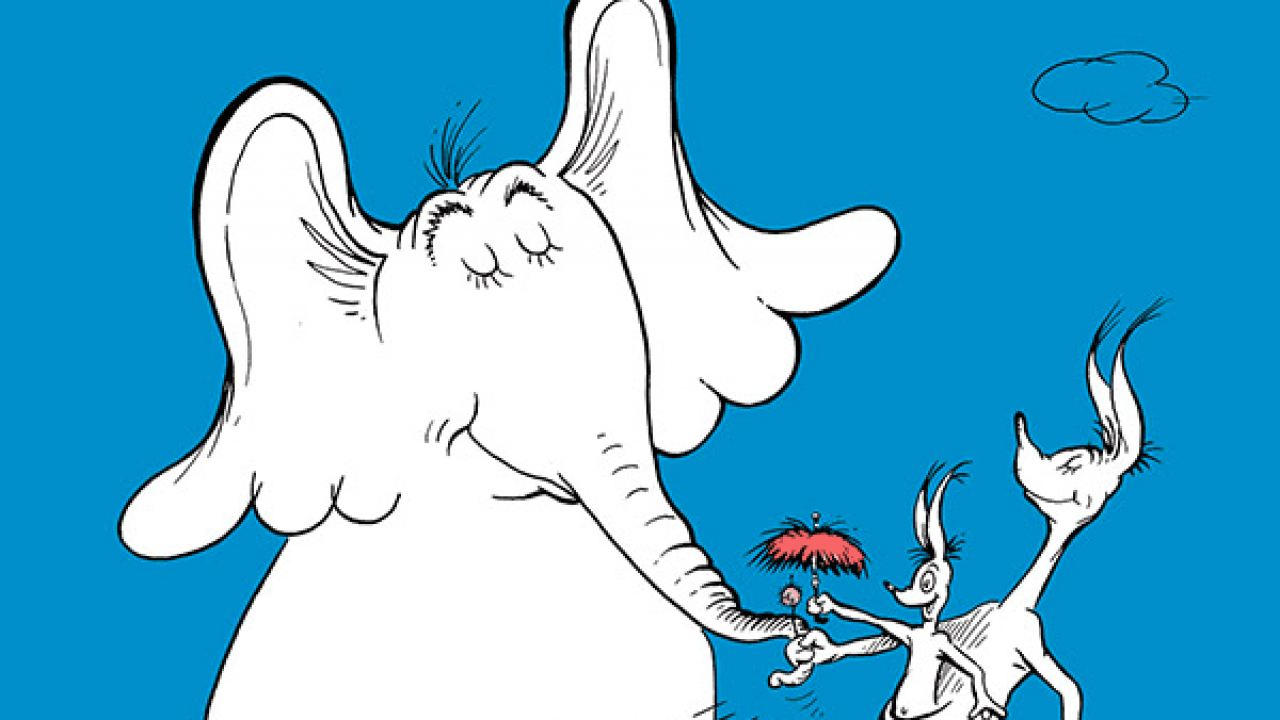 In a statement provided to The Washington Post, Byard explained that while the district had not banned Dr. Seuss’ books, in light of “research in recent years [that] has revealed strong racial undertones in many books written/illustrated by Dr. Seuss”, as well as “LCPS’ focus on equity and culturally responsive instruction”, they had “provided guidance to schools in the past couple of years to not connect Read Across America Day with Dr. Seuss’ birthday exclusively.”

While there are some instances of Dr. Seuss’ works featuring less than politically-correct imagery, such as the stereotypically dressed “Chinese man” in And To Think I saw It On Mulberry Street or the depiction of the two native African men in If I Ran The Zoo, these instances are more indicative of the time period wherein he wrote the books, rather than any sort of bigoted ideology. 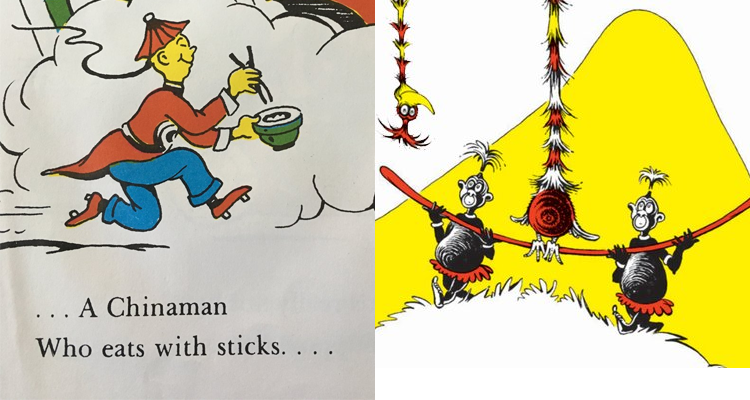 In fact, one of his most famous stories, The Sneetches, not only deals with the theme of racial discrimination, but was inspired by Seuss’ own opposition to anti-semitims.

The irony that LCPS’ subscription to critical social justice and race theory will, in turn, encourage students to avoid some of the most appropriate and child-friendly explorations of such socially heavy topics is palpable. 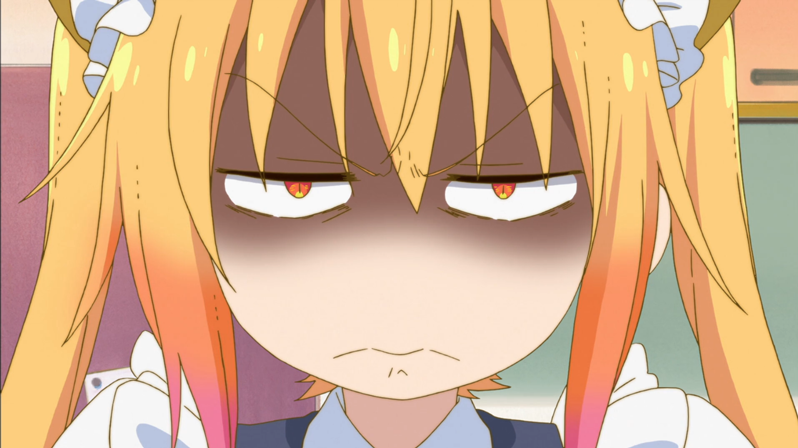 Not content to simply accuse its production team and fans of pedophilia over the series’ busty character designs, critics of Miss Kobayashi’s Dragon Maid have taken to expressing their disdain for the widely-popular anime by celebrating both the fatal arson attack that befell Kyoto Animation Studio and the resulting death of first season director Yasuhiro Takemoto.

In the comments section of a recent TikTok post, in which user nagltoswife expressed disappointment “after finding out” that Miss Kobayashi’s Dragon Maid mangaka Coolkyousinnjya is a fan of lolicon artwork, various users confused the series’ creator with Takemoto and asserted that his particular taste in artwork warranted his death in the KyotoAni fire. 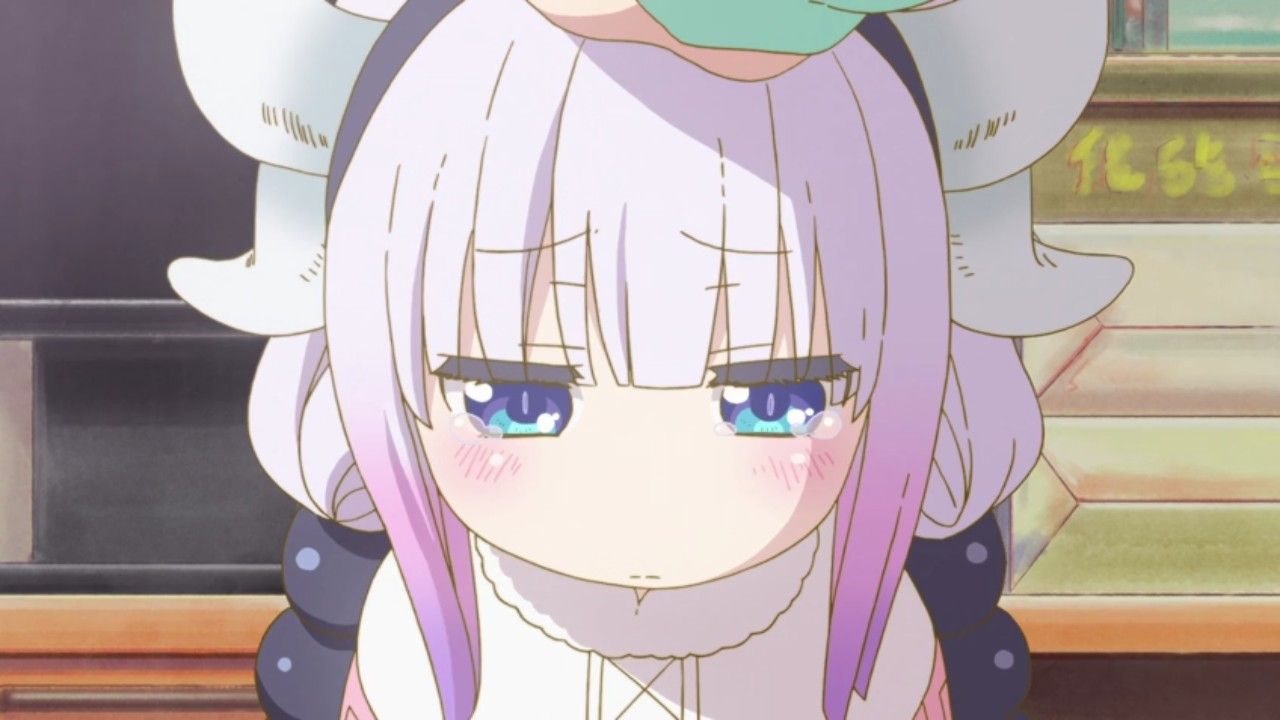 “He’s dead so we can like dragon maid without supporting him” wrote one user.

In response to user mr.gothaholic asking “WHY IS IT SO FUNNY”, nagltoswife and mym3l0dyc0r3 replied “arson” alongside several joyful emojis.

“Good he was a lolicon” said another critic, angelicmilky.

When nagltoswife claimed that Takemoto’s death was “kinda funny”, a user by the handle of yeetdam declared that it was “honestly deserved!”

Honestly, this probably goes far beyond ‘stupid’ and touches on the realm of the absolutely disgusting, as not only are these (assumedly very young, given the platform and rhetoric) people revelling in the hypothetical death of a man based solely on lolicon art of fictional characters, but they’re doing so while undeservedly claiming a baffling moral high ground.

3. A White Dutchman And A Black Poet Walk Into A Bar… 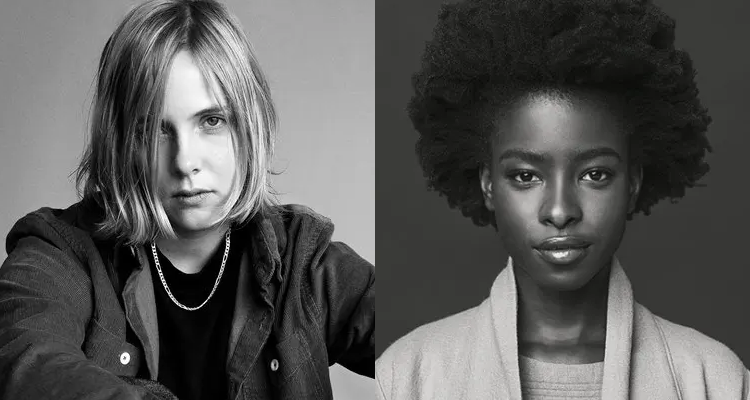 After his recent announcement as the Dutch translator for the works of American poet Amanda Gorman, the nation’s first Youth Poet Laureate and a featured speaker at the recent inauguration of President Joe Biden, poet Marieke Lucas Rijneveld has abruptly announced his resignation from the position following a wave of backlash from outraged critics who took issue with a white individual translating the writings of a black artist-activist.

“I’m shocked by the uproar around my involvement in the dissemination of Amanda Gorman’s message,” wrote Rijnevald in a Twitter statement. “And I understand people who feel hurt by the choice.” 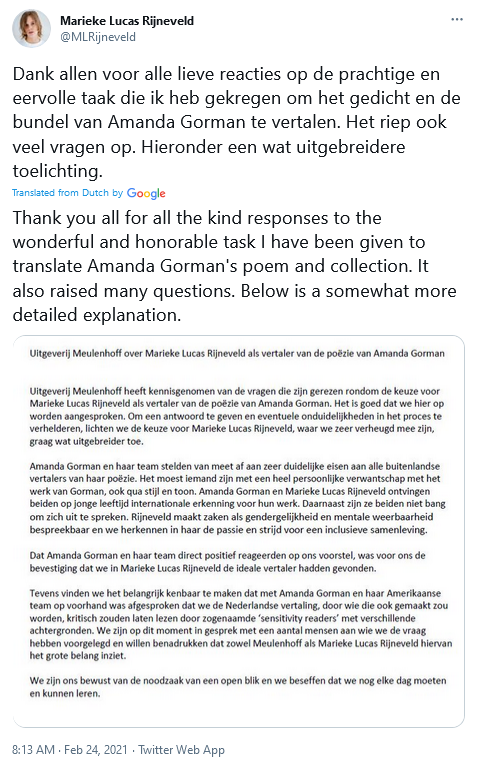 One argument that gained widespread attention, put forth by Dutch cultural activist Janice Deul, claimed that the black poet’s work should be handled by “a writer who is — just like Gorman — spoken word artist, young, female and unapologetically Black.”

Aside from the fact that the notion that one cannot translate the words of another person simply because they do not share the same skin color is patently absurd, the idea that Gorman’s work should only be translated by a black person is incredibly racist, as it essentially asserts that the experiences of a black American and a black Netherlander are the same solely because of their skin color. 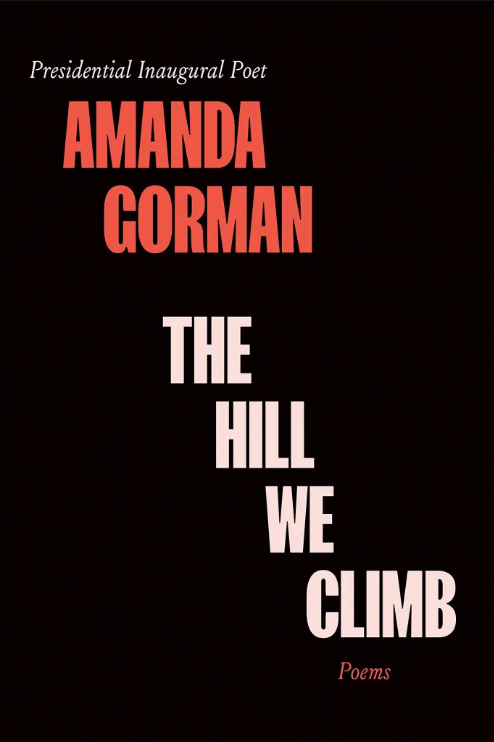 I highly doubt the experience of a Ghanan immigrant in Belgium or an individual of Ethopian descent living in the Netherlands would be in tune with the lived experiences of a Black American, and I even further doubt that the number of black Americans who could be considered acceptable translators and fluently speak Dutch is as big of a pool as they presume it to be.

Furthermore, by so drastically limiting the demographic of people who can ‘appropriately’ touch the work of another, one greatly reduces the chance that a given work will even be translated in the first place, thus denying an entire audience the chance to experience and interact with the artist’s words themselves.

For someone like Gorman, who considers themselves an activist, so actively cutting oneself off from such a large audience seems like a stupidly counter-productive move.

On February 27th, translator Sarah Moon, whose previous work includes the anime series Lovely Complex, announced to her Twitter followers that she had “just translated 奴らas ‘incels’” for the English release of an unidentified video game. “And I couldn’t be prouder,” she boasted.

In English, 奴ら translates to the generic “they” and is wholly unrelated to anything having to do with sexual history.

Following her announcement, Moon was soon met with backlash from anime fans, as many saw no other reason for the use of such a sociopoliticized Western buzzword other than to be intentionally inflammatory at best, or an attempt to inject critical social justice rhetoric at worst. 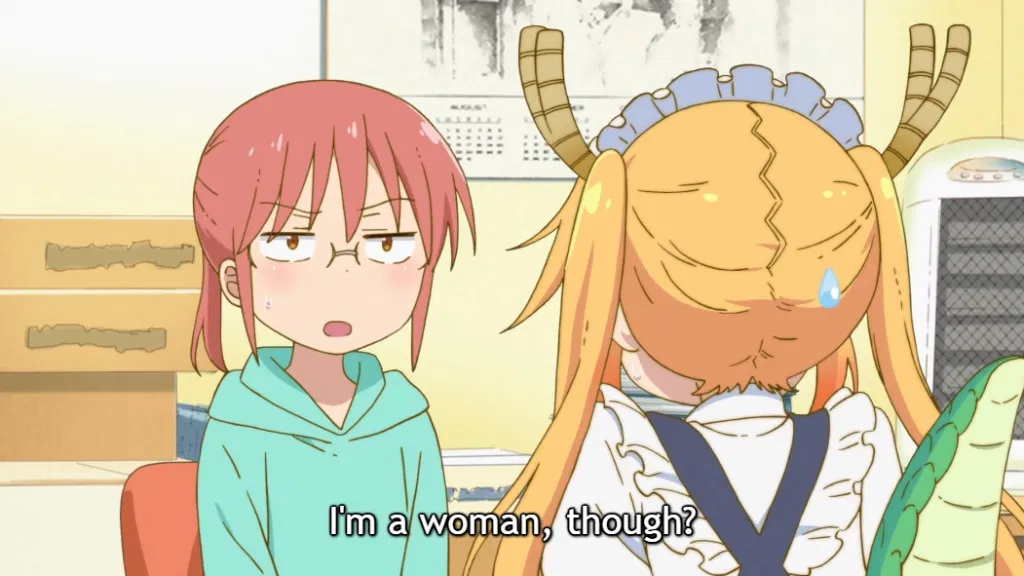 In fairness to Moon, the exact context of the term’s use is wholly unknown, and it’s possible (though exceedingly unlikely) that the use of ‘incels’ could have made sense within the context of her given project.

However, It seems as if fans will never know, as Moon quickly backpedalled her translation. claiming to have “changed my [translation] choice a while after I tweeted that, not bc it was ‘wrong’, but bc I felt the character wouldn’t have used ‘incels’ and it wasn’t right for the tone of the scene.”

“It’s common for translators to mull things over and change their minds after the first pass,” added Moon. “I would explain my reasoning in further detail, but this is for a game under NDA, so I’m literally not allowed to.” 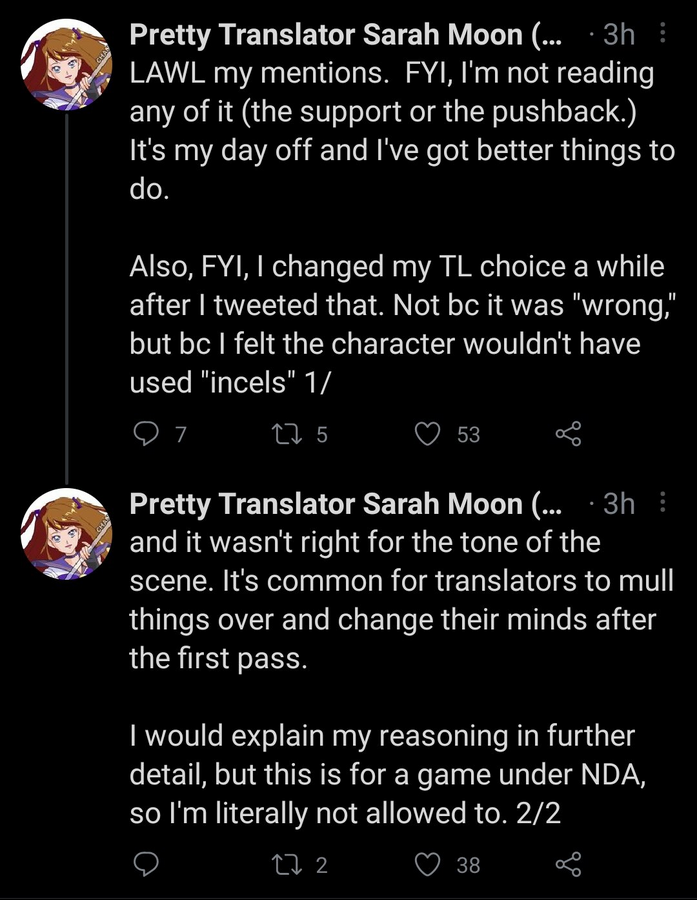 Personally, I fail to see how Moon’s use of the term could have been anything other than an intentional act of agitation towards anime fans, specifically those who have long asked for nothing more than translations of Japanese media that remain as faithful as possible to the original intent of the author’s work.

After all, what possible benefit could announcing the use of a heavily politicized Western term  that you ultimately didn’t use pose to someone in an industry attempting to gain back trust amidst a period of heavy fan skepticism, other than a moment in the spotlight on social media and the chance to play the victim?