The report comes from Twitter user and Finnish journalist Tahtienjatko as part of a lengthy thread breaking down Suotamo and Hippo Taatila’s book Roar! – Elämäni wookieena.

Tahtienjatko translates the title to English as “Roar! – My life as a wookiee.” Not only does the journalist translate the title, but in the thread he does reveal he wrote an afterword in the book.

As for Suotamo’s comments on The Last Jedi, Tahtienjatko writes, “Joonas’s take on the TLJ hate: it was part of a larger wave of hate and populism all connected to things like the Trump presidency.”

“Joonas points out that it’s not even correct to label the originals as films from the good old macho days like the TLJ haters seem to see them.” 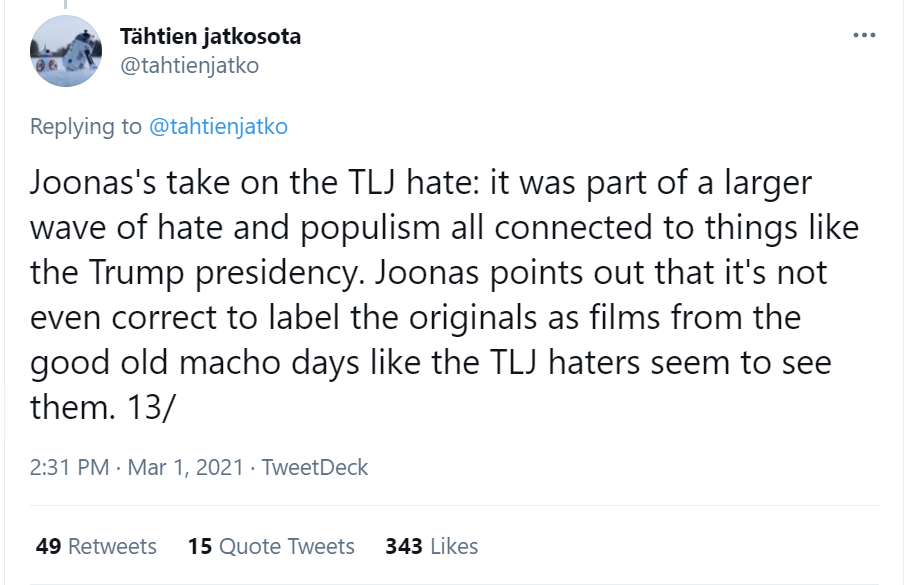 However, in a blog posted to his website Tahtienjatko offers a more complete perspective.

Using Google Translate, Tahtienjatko writes, “Suotamo says that this is exactly what he himself thought when he read TLJ’s script: that Wow, now there is indeed something quite different coming.”

“In addition, Suotamo says that he thought that “now the classic story and the whole spirit of the saga are being twisted so much that many long-time fans may get angry”. And that’s how it finally happened,” the Finnish journalist added. 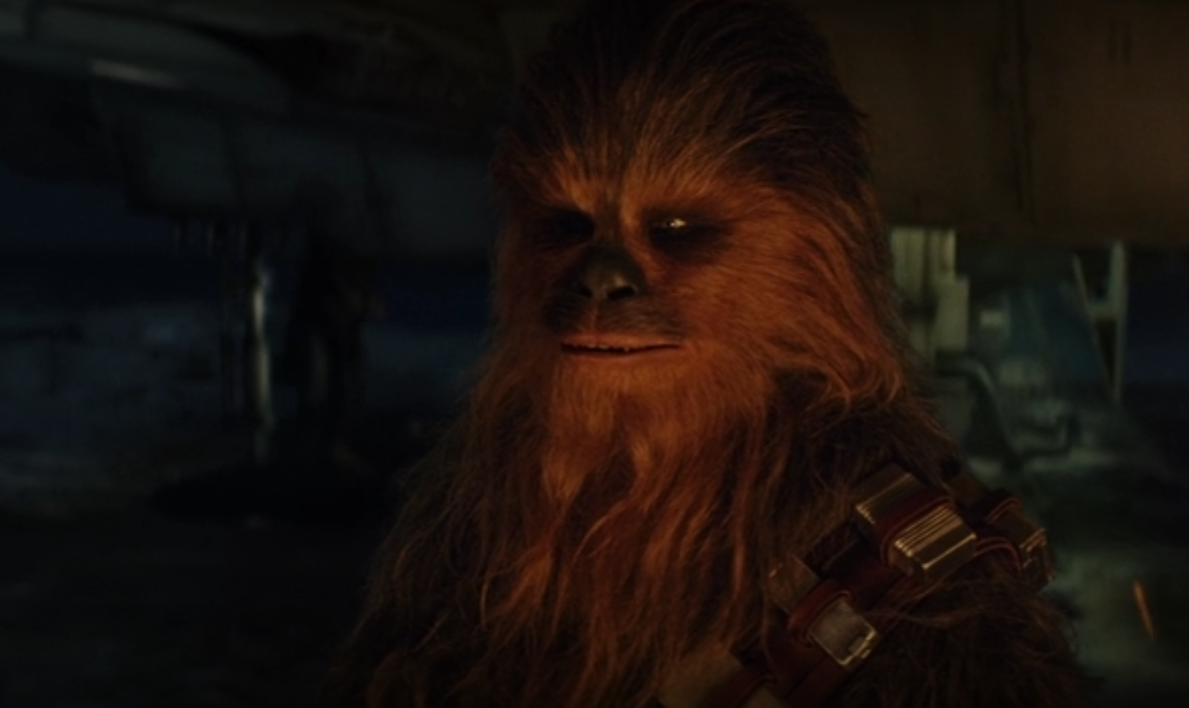 The Finnish journalist would also delve more into Suotamo’s comments about President Donald Trump and The Last Jedi.

Tahtienjatko writes, “In his book, Joonas Suotamo connects the anger feedback received by TLJ to broader phenomena. He said it was part of the wave of hatred and populism associated with Donald Trump’s election as U.S. president and the return of far-right movements to politics.”

The blog post continued, “According to Suotamo, these parties saw The Last Jed’s “hopeful, childish message of changing the world as a Social Justice Warrior-spirited posing and an indication of the original Star Wars of an old-world macho world where values ​​were still decent and the world clear.” 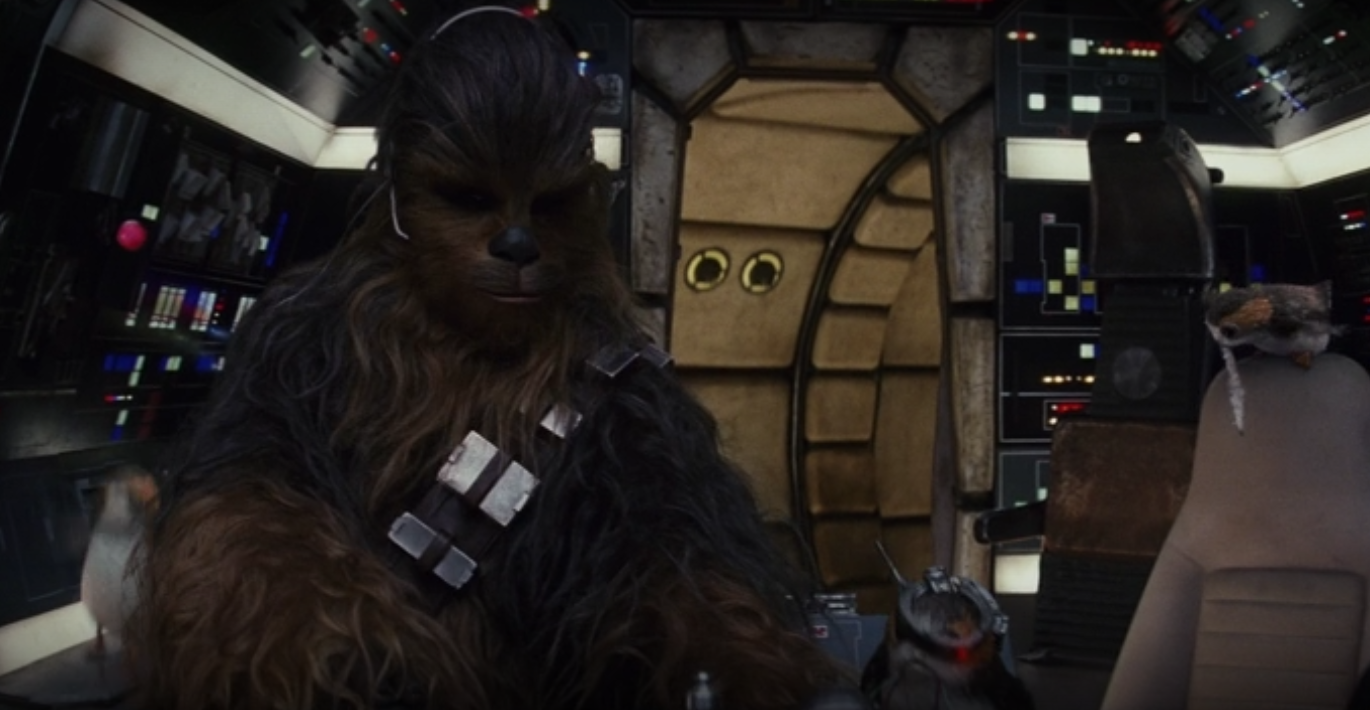 “He still continues this idea with quite right attention to the fact that whatever these parties thought of the new films, they were in any case misinterpreted of the original trilogy: George Lucas opposed the Vietnam War and Richard Nixon’s way of making tough politics, wrote a space fairy tale for children in protest of the phenomena of his time and even placed at its core messages about the power of love and storytelling,” Tahtienjatko adds.

The journalist stated, “But TLJ’s anger feedback providers even saw the old Star Wars through the glasses they wanted.”

Tahtienjatko concluded, “‘The deep blood of the net was shouted with megaphones, look, there’s this kind of equality thing here too. That ‘you who want to go back to the good old days, get annoyed by this new Star Wars’. There was a lot of appropriate agitation (incitement) in it,’ Suotamo told me.” 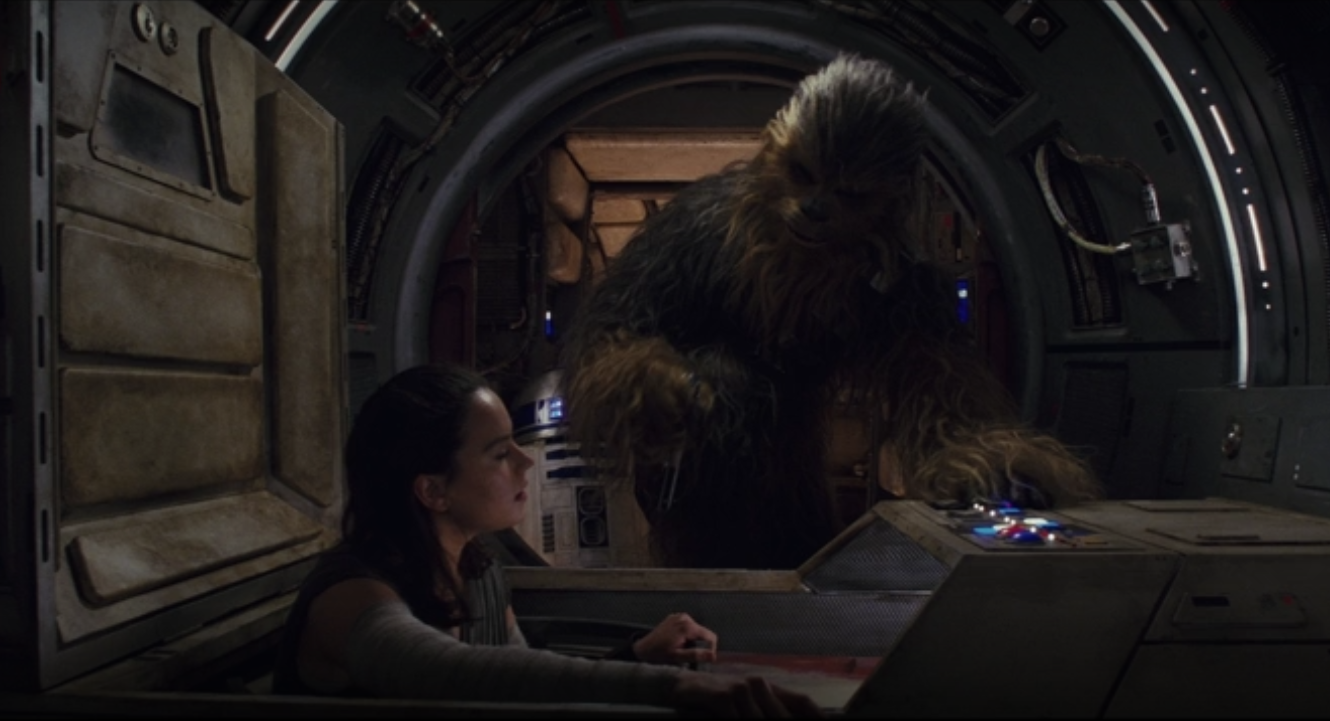 It’s hard to take these opinions seriously as actual evidence rebuffs it. 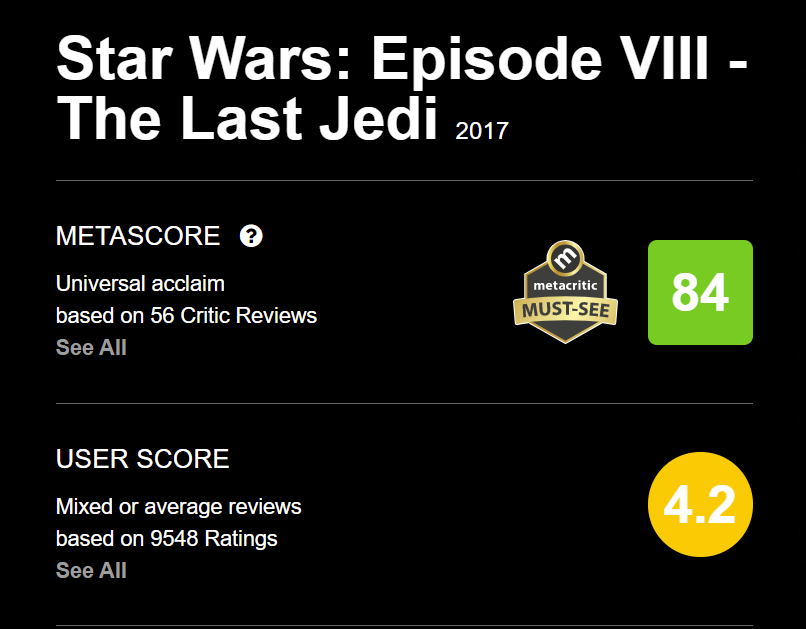 The box office haul for The Last Jedi also significantly declined from The Force Awakens.

The-Numbers reports The Last Jedi only grossed $1.332 billion at the global box office and $100.9 million in domestic video sales.

In comparison, The Force Awakens grossed $2.065 billion at the global box office and $191 million in domestic video sales.

Furthermore, the next Star Wars film following The Last Jedi, was a complete and utter disaster at the box office. Solo: A Star Wars Story only grossed $393.1 million at the box office and a paltry $56 million in domestic video sales. The movie’s production budget was $275 million meaning Disney took a loss on the film, the first time ever for a Star Wars movie.

Terceira stated, “We just, as of yet, have not seen enough fans that would want to buy a bust have that personal affection for some of those new characters that makes sense to justify going to production, but for sure we’re watching it and perhaps as more time passes, fans affection for those characters will grow.”

Even Disney admitted in their 2019 third quarter report that Star Wars merchandise was in decline.

And as Jedi Temple Archive reported back in 2018, Star Wars merchandise sales had been in decline since 2016.

What do you make of Suotamo’s comments about the criticism of The Last Jedi?