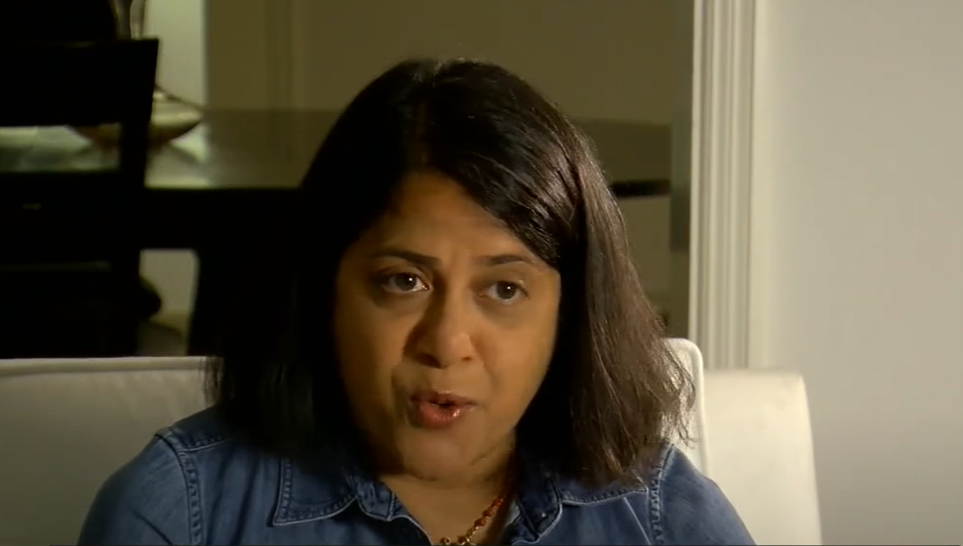 The author of the upcoming Penguin Books title “White Women: Everything You Already Know About Your Own Racism & How To DO Better” decided to call whiteness terrorism in response the Atlanta spa murders.

She wrote on Twitter, “A white man just assassinated eight Asians in Atlanta. Instead of sending thoughts and prayers, white people need to dismantle the toxic whiteness that is killing us. Whiteness is terrorism.” 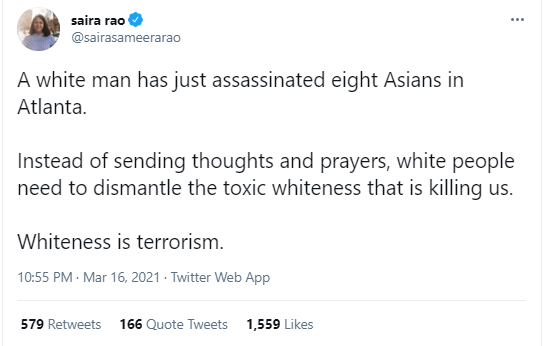 Not only is this tweet completely false, it’s most utterly idiotic, but it’s also just straight up evil, and racist.

First, eight Asians were not killed. Six people of Asian descent and two white women were killed according to police.

Spectrum Local News reports, “The suspect in a series of shootings at three Georgia spas that left eight people dead Tuesday – 6 of them of Asian descent, and 7 of them women – purchased the gun the same day.”

As for the suspect, Robert Aaron Long, police have yet to determine a motive. Deputy Chief Charles Hampton Jr. of the Atlanta Police Department detailed in a press conference, “We are looking at everything to make sure that we discover and determine what the motive of our homicides were.”

He would reiterate, “Our investigation has not concluded and it is still ongoing.”

So, a motive has not been determined. And as for Rao’s final comment, it’s flat out idiotic and evil. The color of someone’s skin tone that they have no control over is in no way terrorism.

Cue the Billy Madison clip. That’s how dumb this person is, she makes other people dumber just by tweeting. 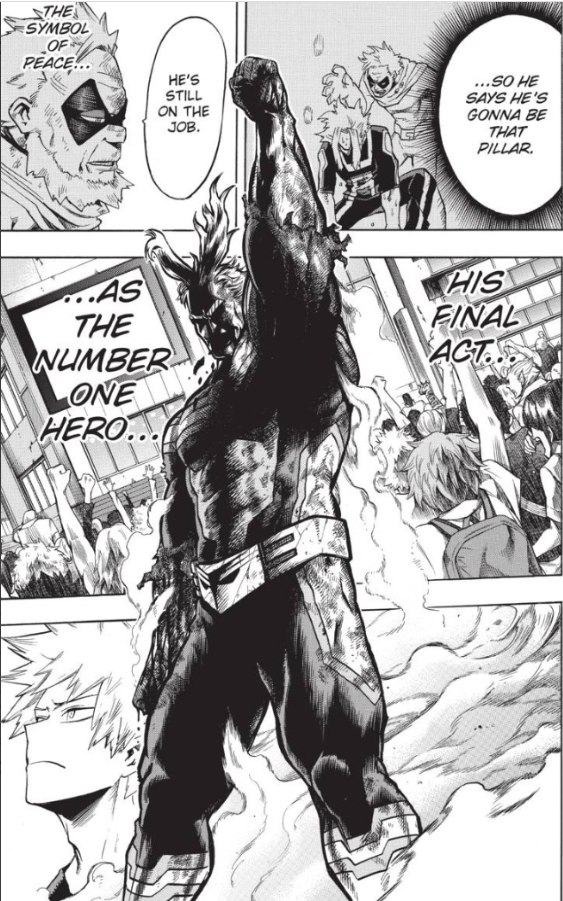 Twitter user liliuhms tweeted one of the dumbest things I’ve ever seen. The Twitter user wrote, “newsflash using a asian names/characters online as ur persona when ur not asian at all is racism but we all overlook it under the guise of ‘appreciation.’

The user added, “it’s fetishizing & entitlement to a culture that you choose to participate in.” 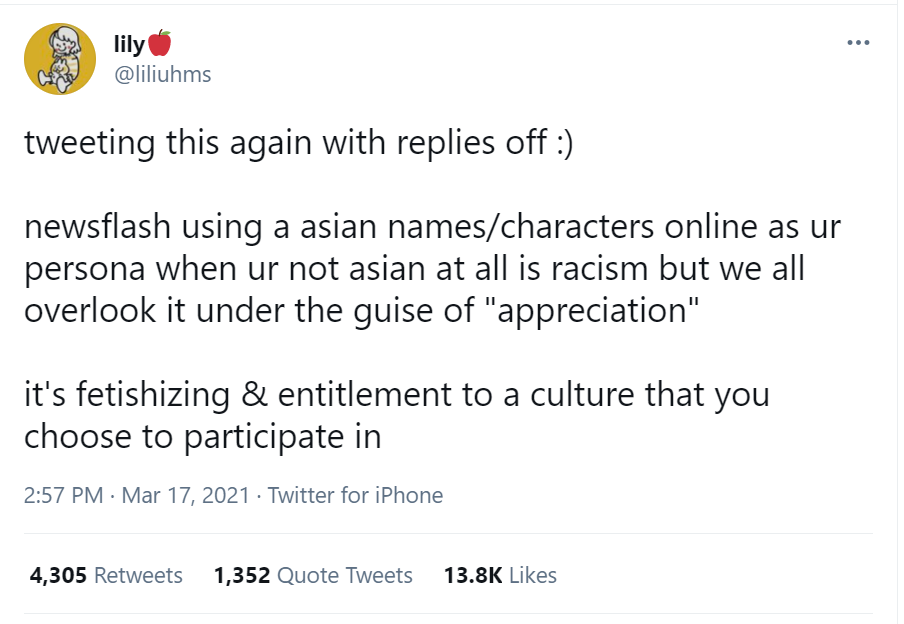 The stupidity didn’t stop there. In a follow-up tweet the user wrote, “if you’re someone who is doing this, this isn’t a post to say ‘hey you’re a bad person!!’ it’s to say ‘hey, this is something that is actually a big issue, and asian people are harmed by it, hopefully this can be a step to educating yourself on what that is.'” 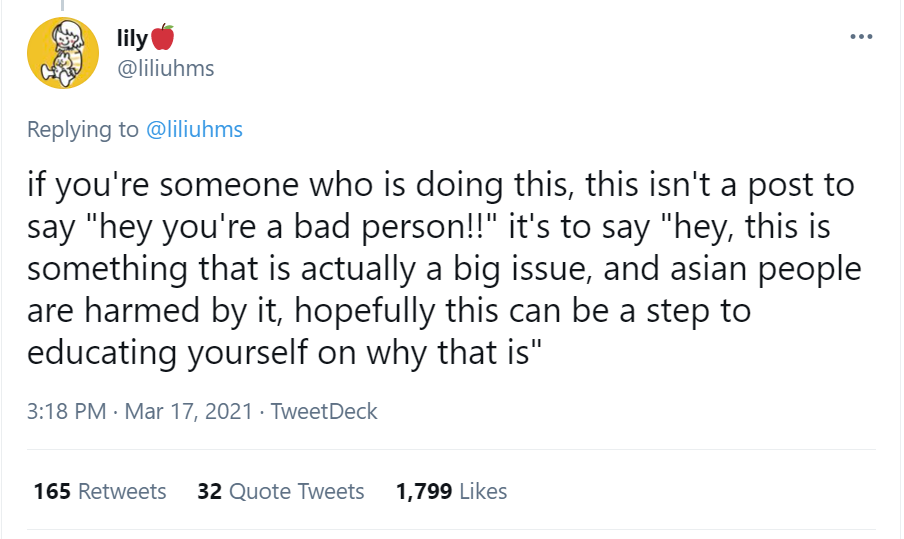 The stupid continued in another tweet, “i feel like i shouldn’t have to tell ppl to think critically about if this tweet applies to you but OBVIOUSLY if you’re raised/born in asian culture or if it’s ur legal ass name this tweet is not about u and IS about ppl who CHOOSE to take on asian identities they have no tie to.” 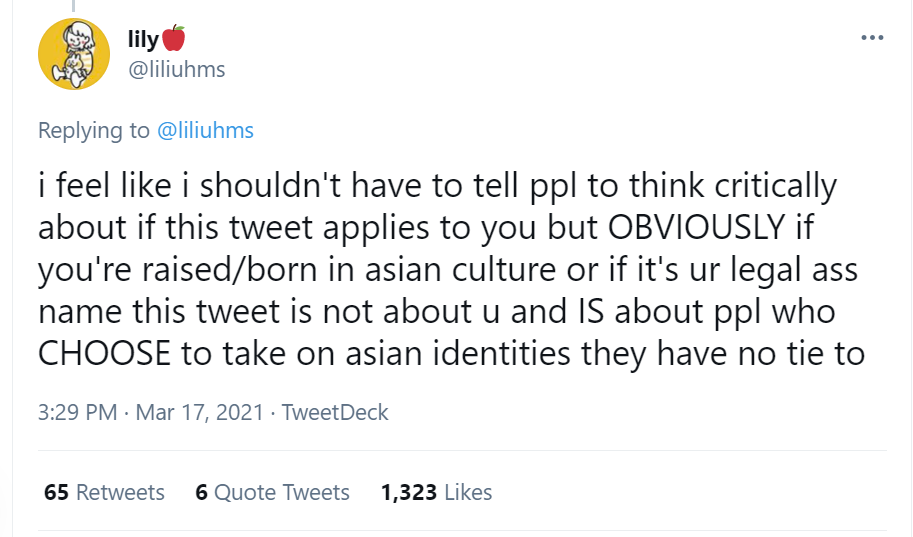 This moron finally concluded, “i will also say that asian people are guilty of this too. in our own communities we appropriate and use black culture/fashion/speech without the backlash black people face for the same facets on top of the internalized colorism asians have always had.” 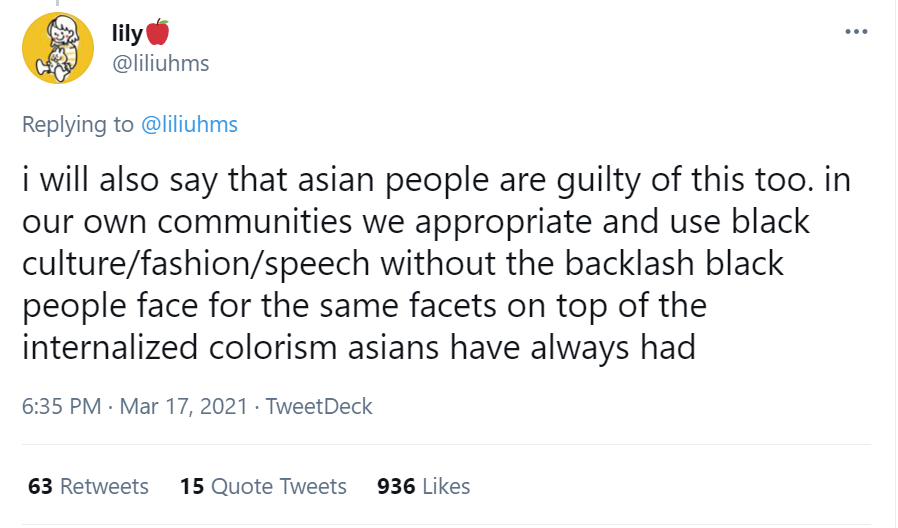 Seriously, this is absolutely idiotic. This person really thinks that if you use a character from My Hero Academia as your avatar you are a racist. Get out of here, clown. Critical race theory is a lie. And straight up evil. All-Might does not approve. 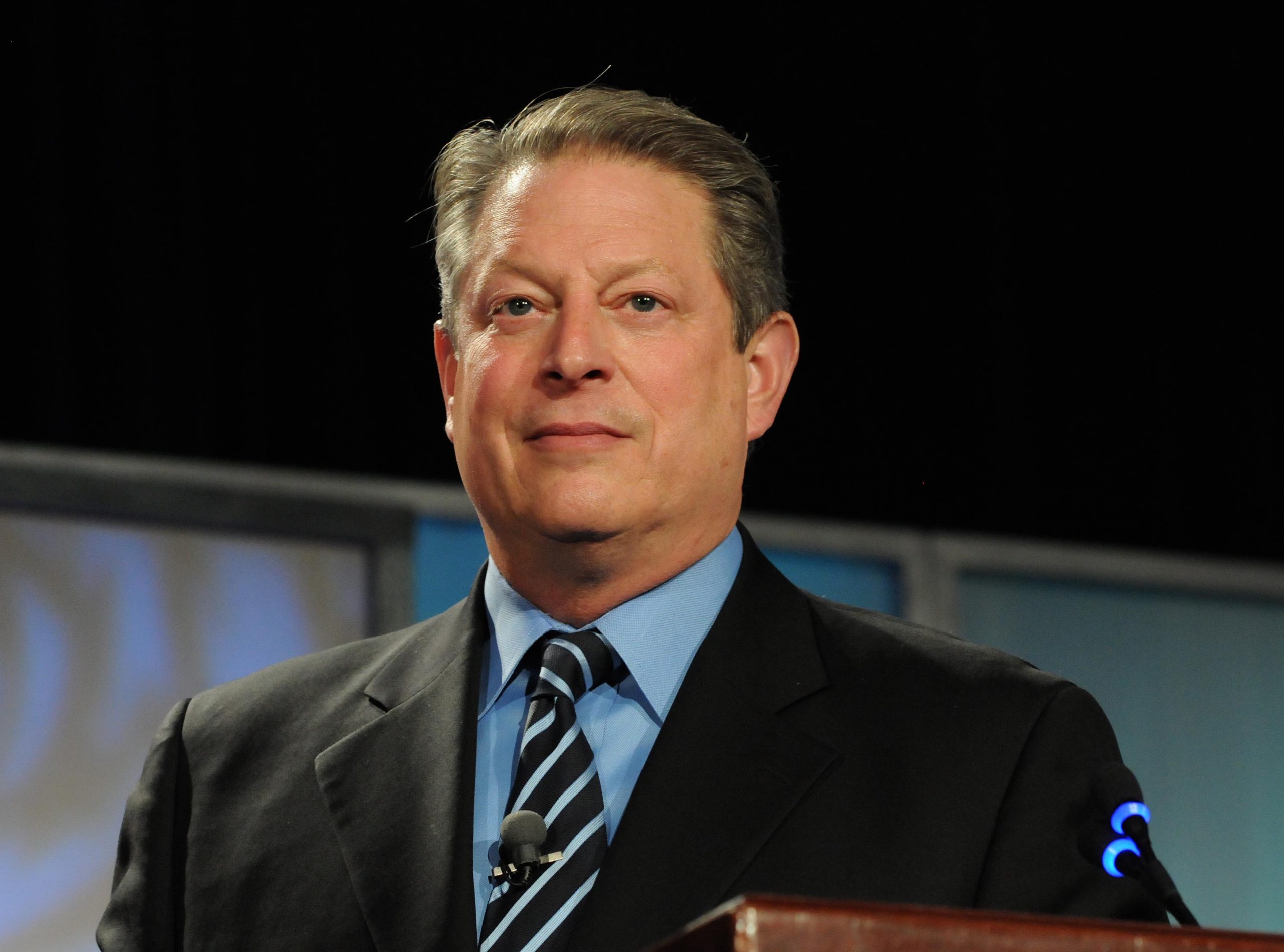 JD Lasica from Pleasanton, CA, US, CC BY 2.0, via Wikimedia Commons

Al Gore owned himself as he gushed to lavish praise on President Joe Biden.

Speaking with reigning Daily Stupid champion Don Lemon on CNN, Gore heaped praise on Biden saying, “First of all, I am so proud of President Joe Biden. Really and truly this is not a partisan comment.”

When you have to clarify you aren’t making a partisan comment, you are.

Nevertheless, he continued, “Our country needs this kind of leadership.” He added, “I honestly think that he is off to a stronger start in the first 50 some odd days than that of any president since Franklin Delano Roosevelt. I really, I see it.”

That’s right Al Gore, who served as Vice President under Bill Clinton thinks Joe Biden is doing better than the President he served under. This guy is really stupid if he thinks anyone is buying what he’s selling. 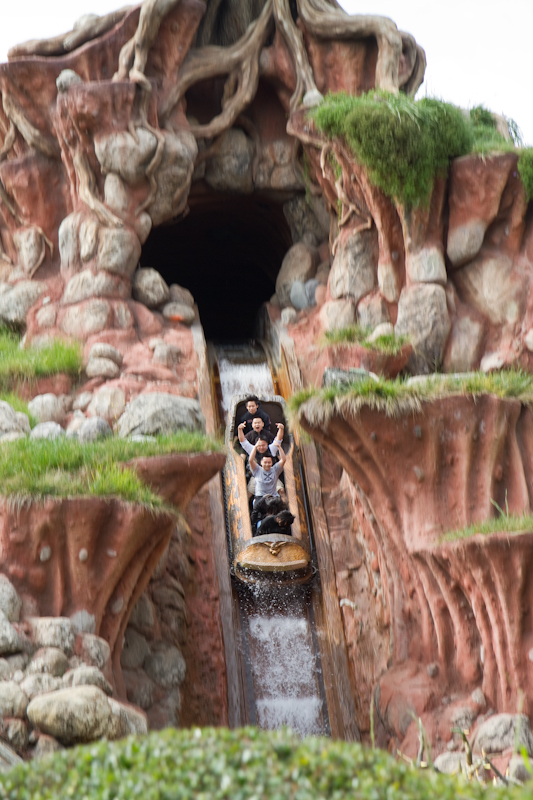 randychiu, CC BY 2.0, via Wikimedia Commons

California, the state run by some of the dumbest people on the planet, proved how stupid they are when the California Attractions And Parks Association (CAPA) rolled out their new Responsible Reopening Plan.

In a section of the plan labeled Meeting the Blueprint’s Criteria For Determining Risk, CAPA requires theme parks to “limit activities that are known to cause increased spread (e.g.: singing, shouting, heavy breathing, loud environments will cause people to raise voice).

In order for theme parks to meet this criteria they recommend, “Face covering usage and/or modifications to seat loading patterns will be required on amusement park rides to mitigate the effects of shouting. Additionally, on rides, guests generally face in one direction.”

What’s the point of going to a theme park if you can’t even shout on the roller coaster or you know actually enjoy yourself.

California and the California Attractions and Parks Associations, y’all are just plain dumb.