Get those John Wick and Better Call Saul comparisons ready. Nobody is an action thriller that embraces exactly what it advertises, straps itself in to an out of control and nearly demolished vehicle, and bloodies its knuckles with a powerhouse of bone breaking carnage from the unlikely yet incredibly capable Bob Odenkirk (Better Call Saul, Mr. Show).

His wife only talks to him to let him know that he’s missed the garbage man, while his teenage son thinks so little of him that he doesn’t exist. As such, Hutch buries himself in his finance work at a welding facility, which is owned by his father-in-law.

One evening, Hutch’s home is broken into by a group of thieves who steal some cash and a watch, but nothing of real financial value. Though Hutch has an opportunity to take out the robbers, he backs off and lets them get away, which leads his family and the cops that arrive on the scene to think less of him because of it.

Nothing seems to alter Hutch’s behavior until his young daughter reveals that the robbers took her favorite kitty cat bracelet. This unleashes something within Hutch that’s he’s kept buried from everyone for years.

The only real flaw with the film is that it is too similar to John Wick for its own good.

With Bob Odenkirk involved, you expect a film that has a familiar formula with comedic bite; something Odenkirk has been totally in command of his entire career. Nobody provides what it promises, but it doesn’t feel like enough, as the film leaves you craving an element that would build the world of the film into something that would require multiple sequels or a lengthy franchise to explore. 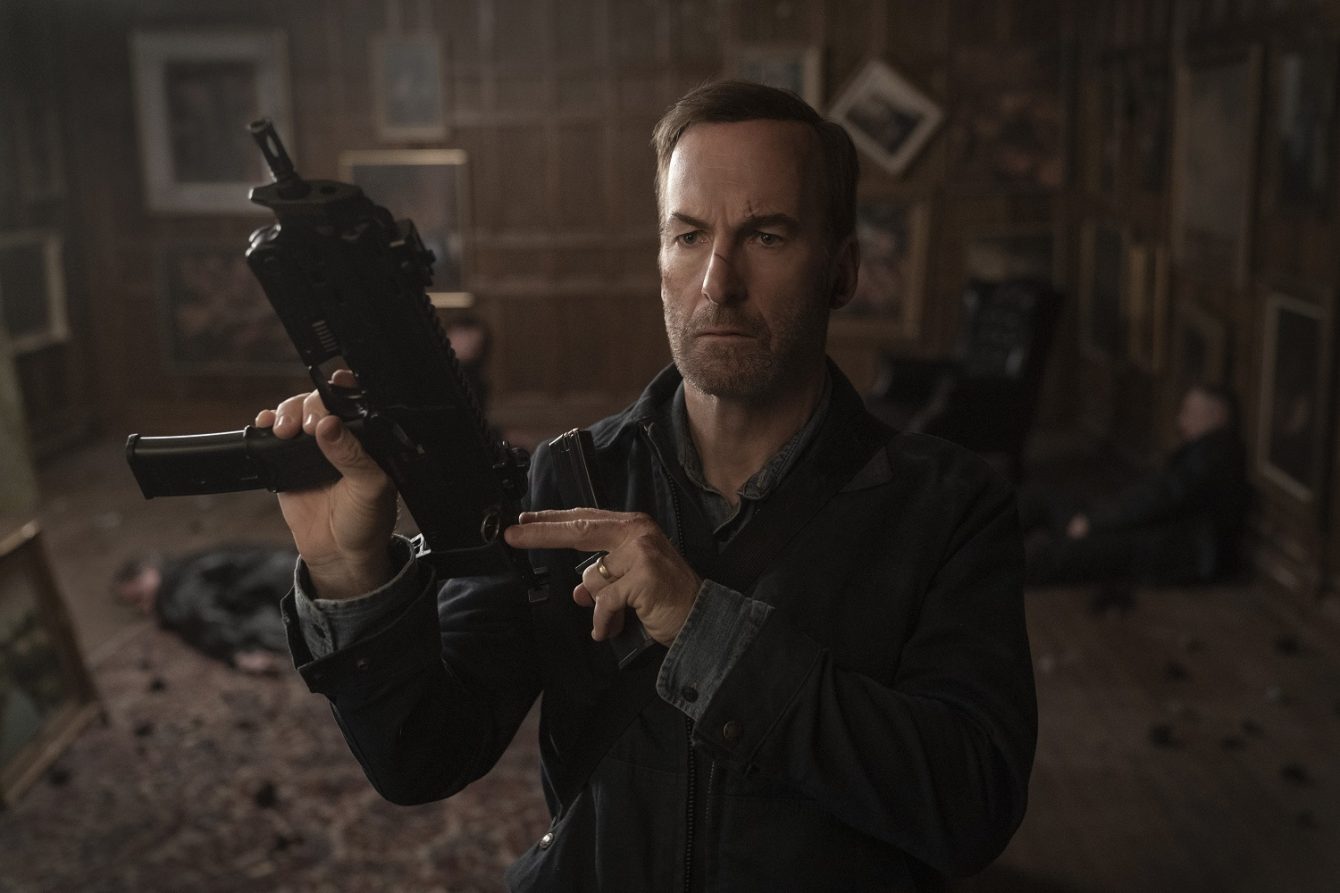 Bob Odenkirk as Hutch Mansell in “Nobody” (2021), directed by Ilya Naishuller.

The piece de resistance of Nobody comes down to one scene, wherein after destroying everything dear to a madman known as Yulian Kuznetsov (Aleksey Serebryakov), Odenkirk’s Hutch Mansell finds himself eating a steak while sitting in the front row at a karaoke bar owned by the Russian mafia drug lord he’s feuding with.

This takes place at the peak of their cat and mouse exchange, but Hutch is so calm and so collected that it seems like he doesn’t realize how ballsy the move is. Odenkirk then delivers a speech that is not only convincing, but is totally intimidating, officially solidifying the actor’s role in Nobody as an on-screen bad ass.

Nobody boasts some impressive action, as well. The genius behind Nobody, and the Hutch Mansell character in general, is that, at first, you’re not entirely sure if he’s a retired hitman or just a normal guy that got sick of not standing up for himself. Hutch never walks away unscathed as he’s constantly putting himself in harm’s way.

The congested and nasty bus brawl is particularly outstanding and feels like a subtle nod to Oldboy’s hallway sequence, with bloodshed and bruises on both sides of swinging fists.

However, this scene is just an appetizer for the full-course, bullet-riddled buffet of action provided in the film’s second home invasion scene. Odenkirk is totally believe in his use of guns and even utilizes a crazy armbar submission hold just as a semi-automatic rifle practically goes off in his face.

In addition to Odenkirk’s badassery, Christopher Lloyd portrays Hutch’s retired-from-the-FBI father, who is the coolest on-screen character Lloyd has played in years. RZA also stars as Hutch’s half-brother Harry, and is also equally awesome when it comes to explosive action. 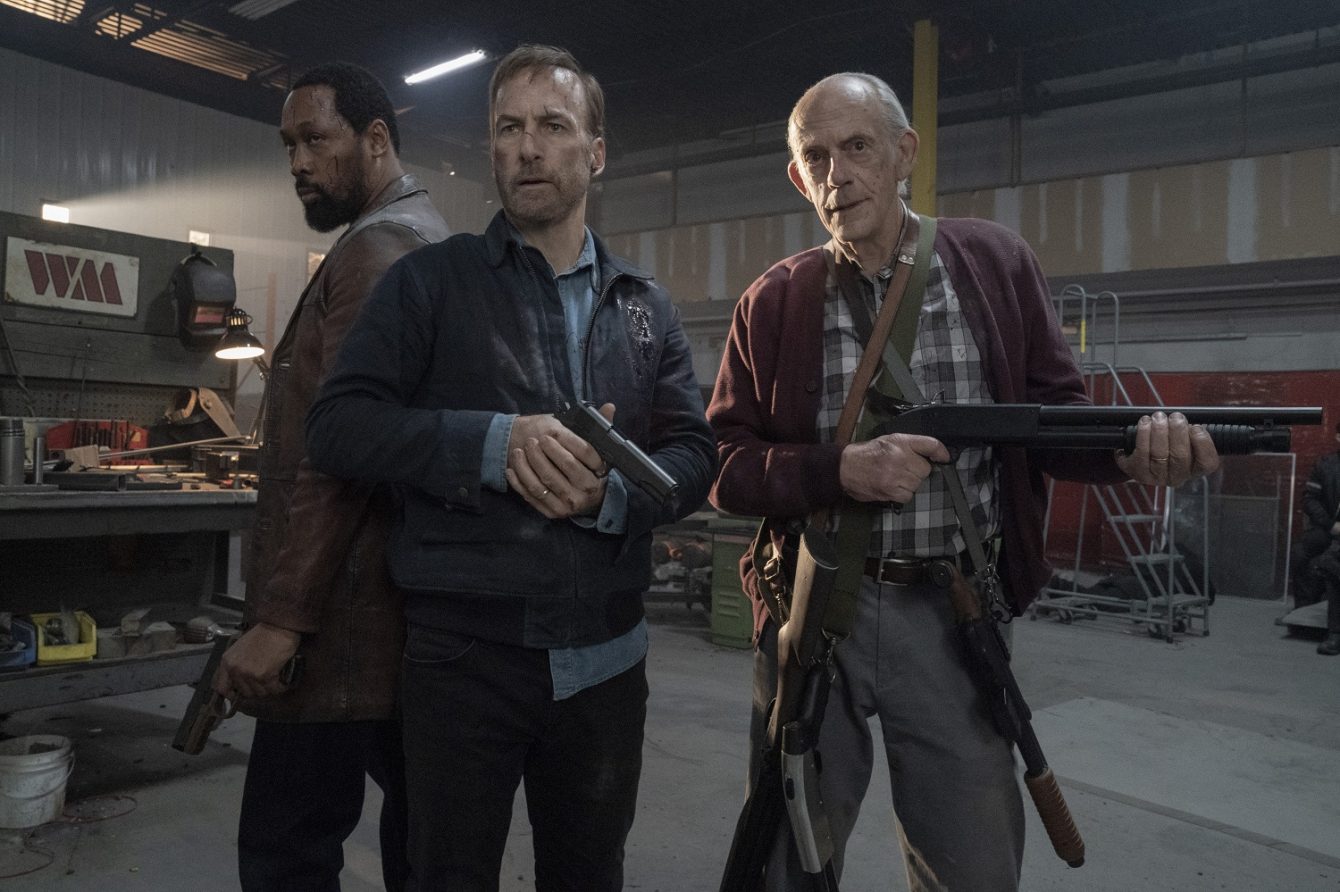 In a moment that perfectly echoes the outright insanity of the entire film, the movie begins and ends with Hutch handcuffed in an interrogation room, totally covered in cuts and bruises.He clumsily lights a cigarette in his mouth with a lighter, opens up a can of tuna with a can opener located within the inner pocket of his jacket, and then pulls out a tiny Siamese kitten as the detectives in front of him ask, “Who the f— are you?”

Nobody is an action packed free-for-all chock-full of gloriously exhausting bone crunching and skin tearing spectacles. Bob Odenkirk is the obscenity-spewing, balls of steel action star we never knew we needed.

Nobody opens in theaters on Friday, March, 26.

Are you planning on seeing Nobody? Let us know your thoughts on social media or in the comments down below!