Today, we’ve got more stupid including Bravo apologizing for a Native American costume, Joe Biden, Cinderella getting cancelled, and veganism. 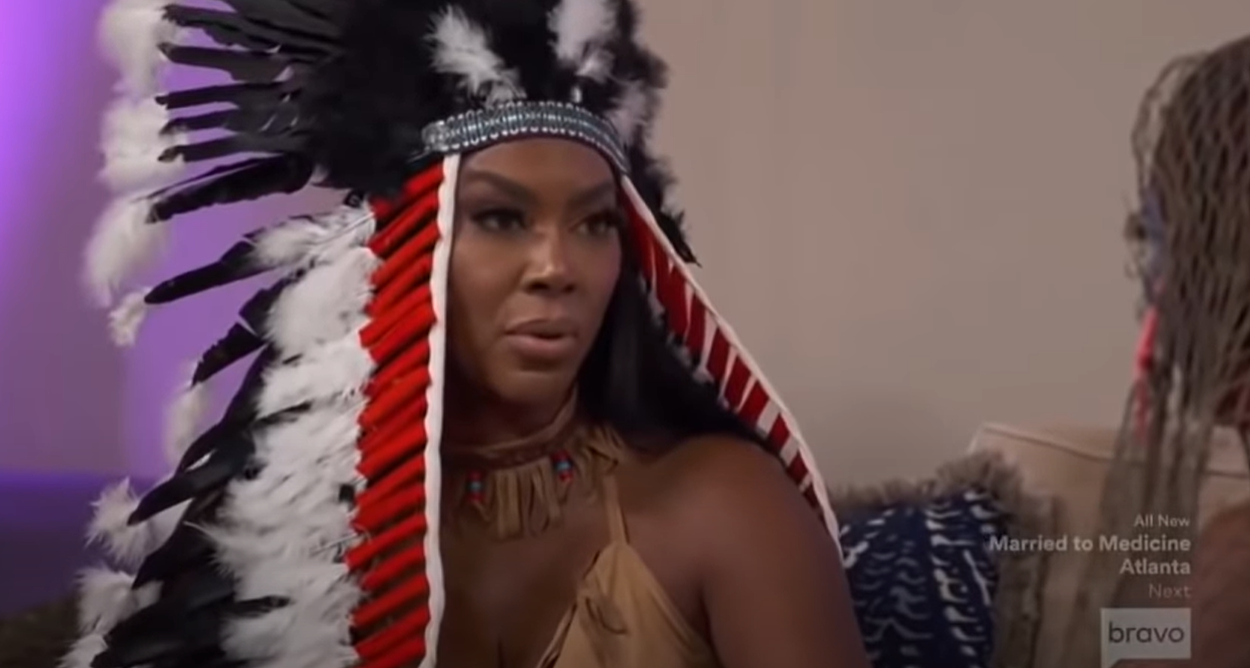 Bravo TV and Real Housewives of Atlanta star Kenya Moore apologized for wearing a Native American headdress during a Halloween-themed episode on the reality show.

The apology came after an activist group called IllumiNative on Instagram blasted Moore and the show for wearing the headdress.

They wrote on Instagram, “We are deeply disturbed by last night’s episode of #RHOA in which Kenya Moore wore a Native American ‘warrior princess’ costume.” 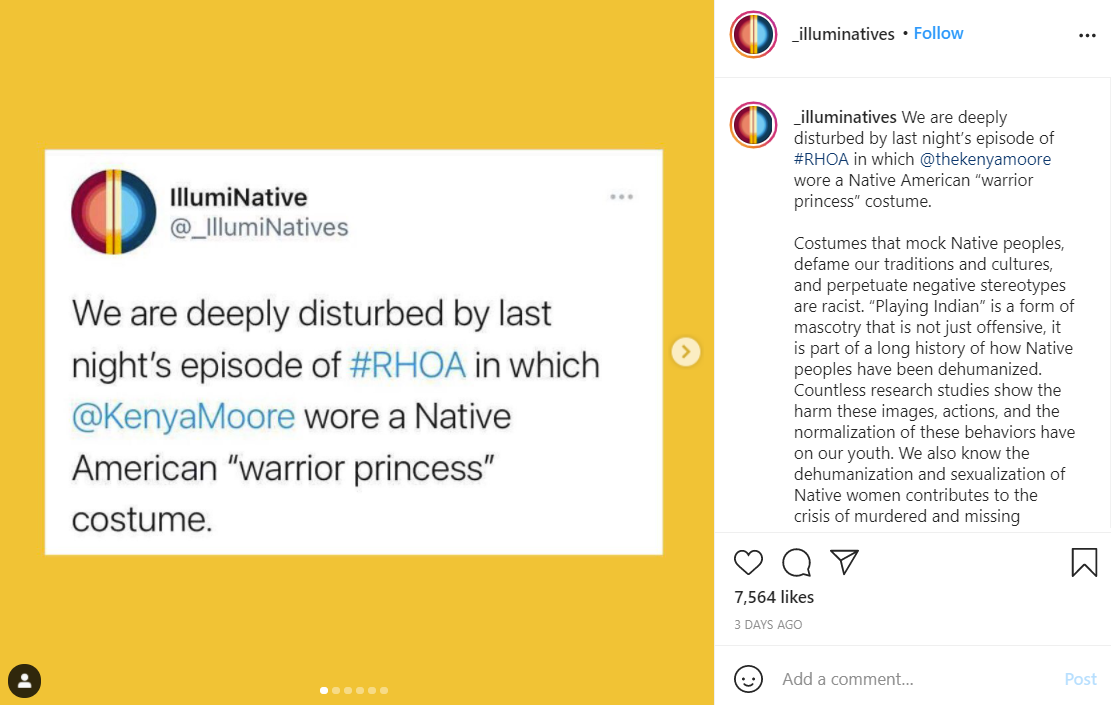 “Costumes that mock Native peoples, defame our traditions and cultures, and perpetuate negative stereotypes are racist. “Playing Indian” is a form of mascotry that is not just offensive, it is part of a long history of how Native peoples have been dehumanized,” they continued. 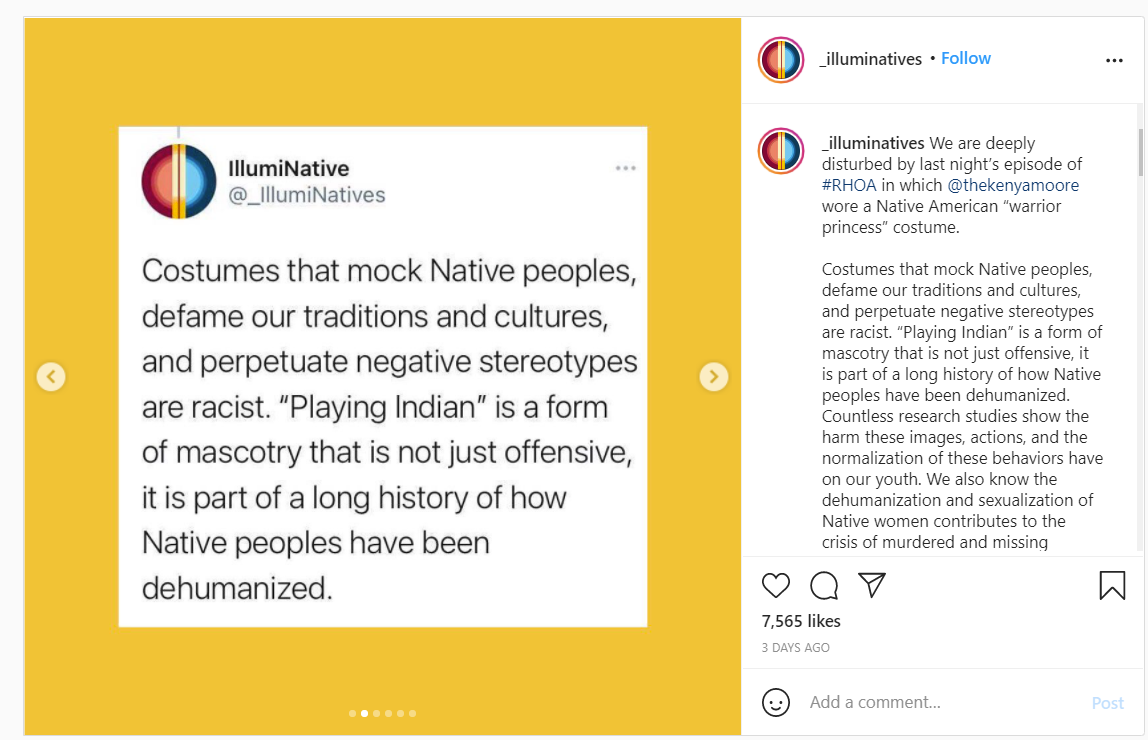 The group continued, “Countless research studies show the harm these images, actions, and the normalization of these behaviors have on our youth. We also know the dehumanization and sexualization of Native women contributes to the crisis of murdered and missing Indigenous women. #MMIW” 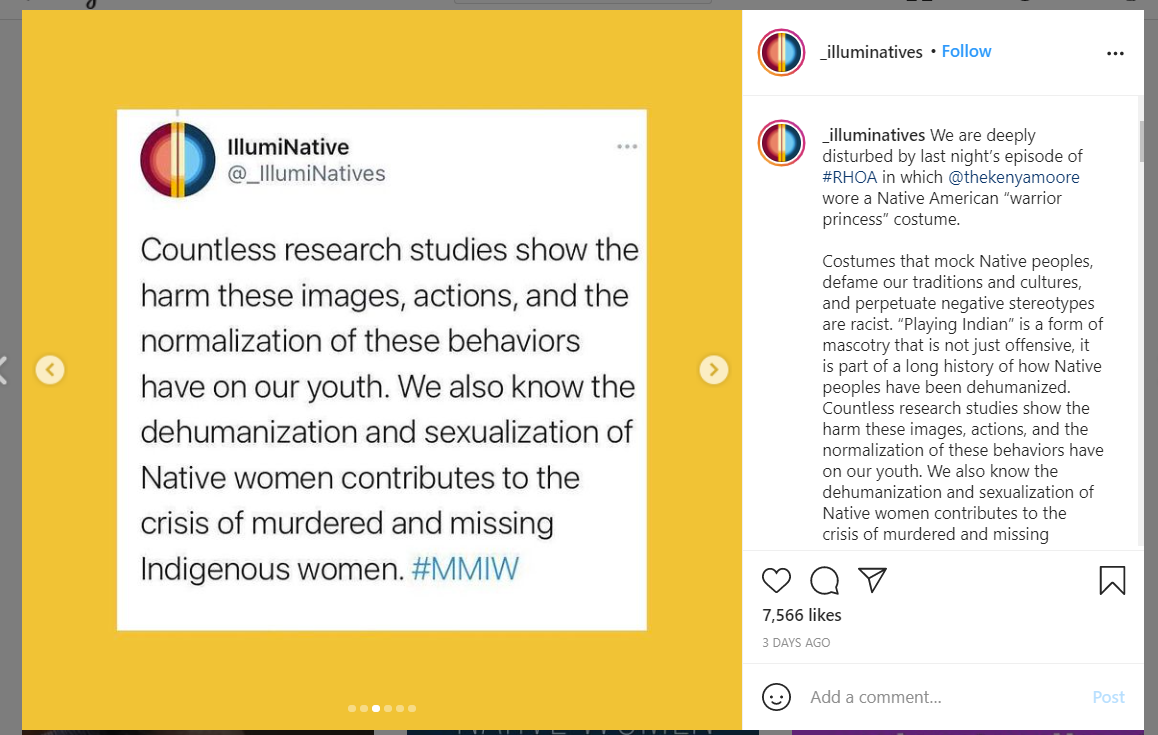 “We are also incredibly concerned that none of the producers or executives at Bravo TV, Comcast, NBCUniversal intervened although several cast members commented on how uncomfortable, unnecessary, and offensive the costume was on camera,” they stated. 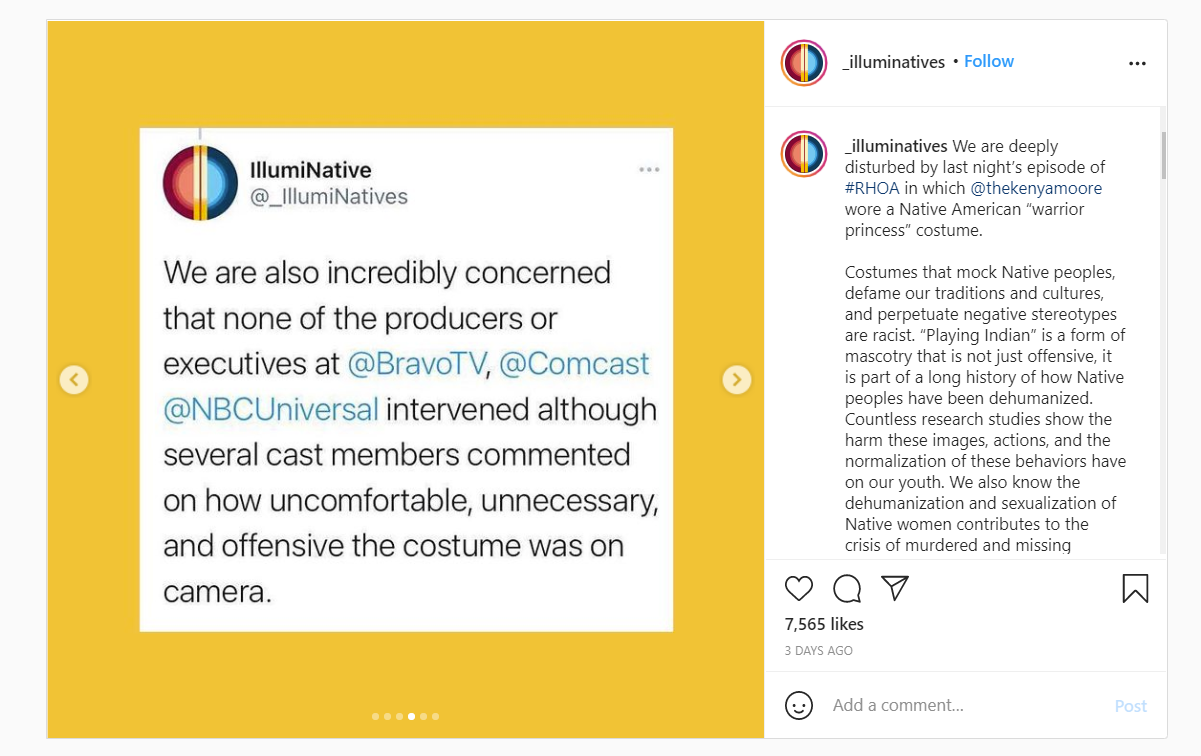 Next they stated, “The series has had several instances of racism and offensive behavior and yet it seems no training, procedures, or standards have been sent to stop offensive acts, which go against the values Comcast professes to have.” 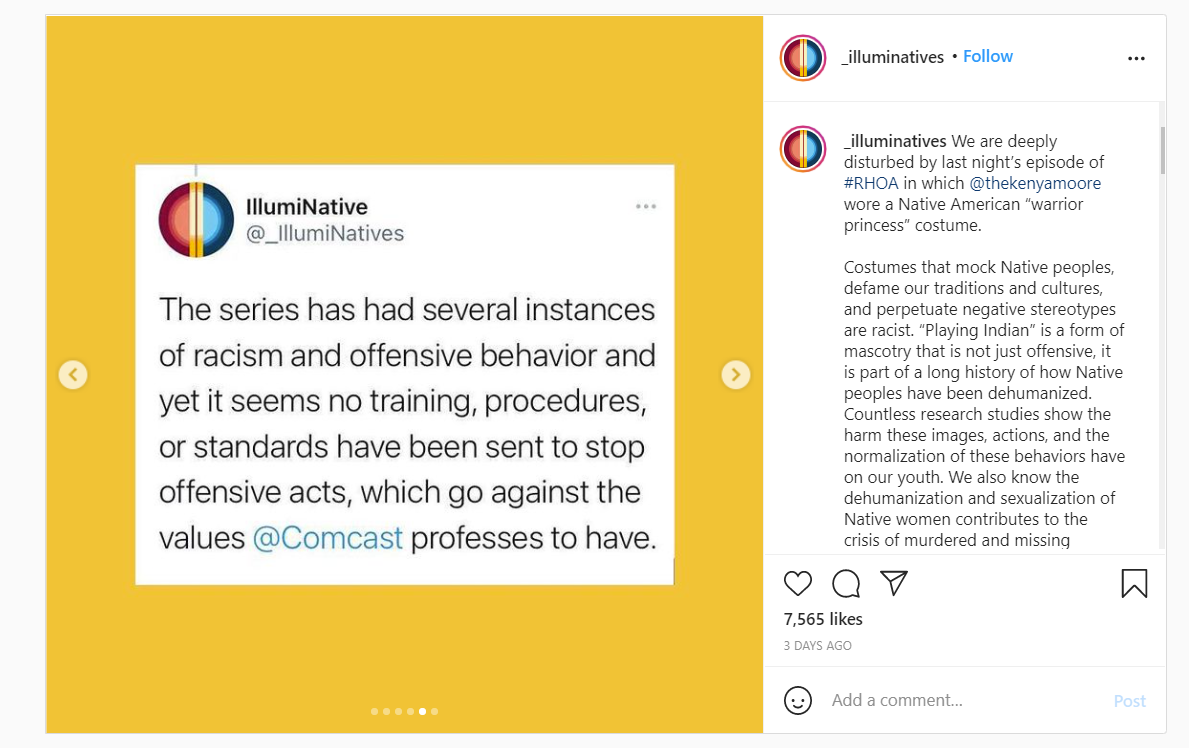 They concluded, “It is important that Bravo TV Comcast, NBCUniversal, Andy Cohen, and Kenya Moore apologize for the harm they have caused Native peoples and commit to ensuring offensive displays like this never happen again. Native people are not a costume.” 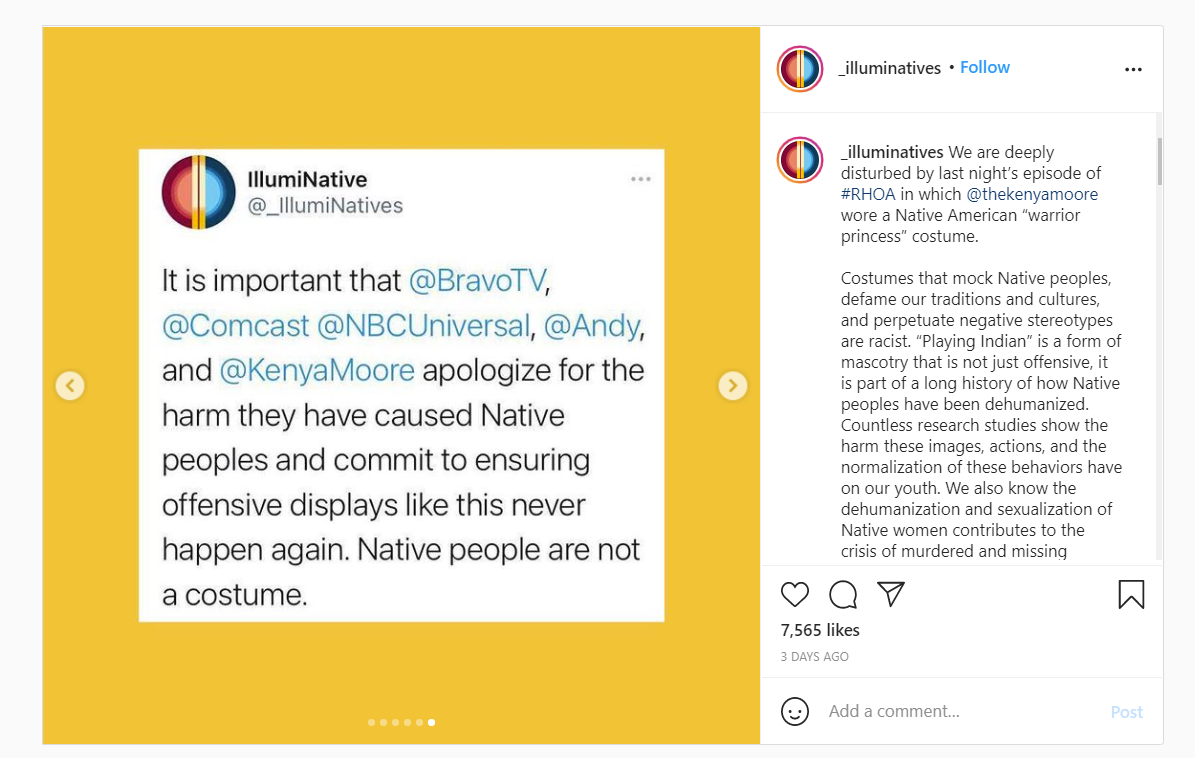 First this demand is absolutely stupid. No harm was actually caused by Kenya Moore wearing a costume, just like no harm is done when costume shops sell Native American costumes. It just doesn’t happen. To claim it does makes you a complete and utter idiot which IllumiNative obviously are.

While IllumiNative are complete dunces, Bravo TV and Kenya Moore are most assuredly dumber because they actually apologized to these morons.

They wrote, “Bravo aims to have the highest standards of respect and inclusivity and we recognize that the recent episode of The Real Housewives of Atlanta, in which a cast member wears a Native American costume, did not uphold those values. We had hoped it would provide a teachable moment, however in retrospect it is clear that the network did not address this properly given the gravity of the situation.”

“We apologize to both the Native American community and our audience as a whole.” 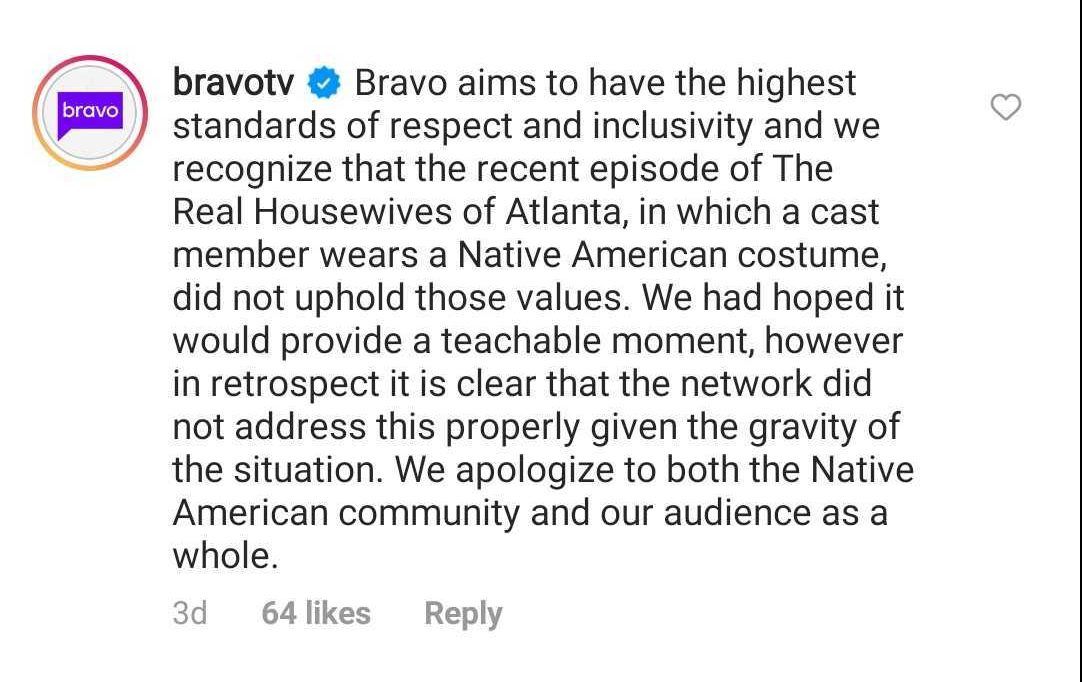 These morons literally apologized because someone wore a costume. It’s completely absurd. We should cancel all of Hollywood because all the movies have costumes that some idiots on Instagram could get upset about.

The apology tour didn’t stop there though. Kenya Moore would issue an apology as well.

She wrote, “I want to sincerely apologize for inappropriately wearing the Native American headdress as a costume. I now realize that this was both disrespectful and insensitive and would never have done it if I had that knowledge and understanding beforehand.”

She added, “I regret it. When you know better, you do better. I am genuinely sorry.” 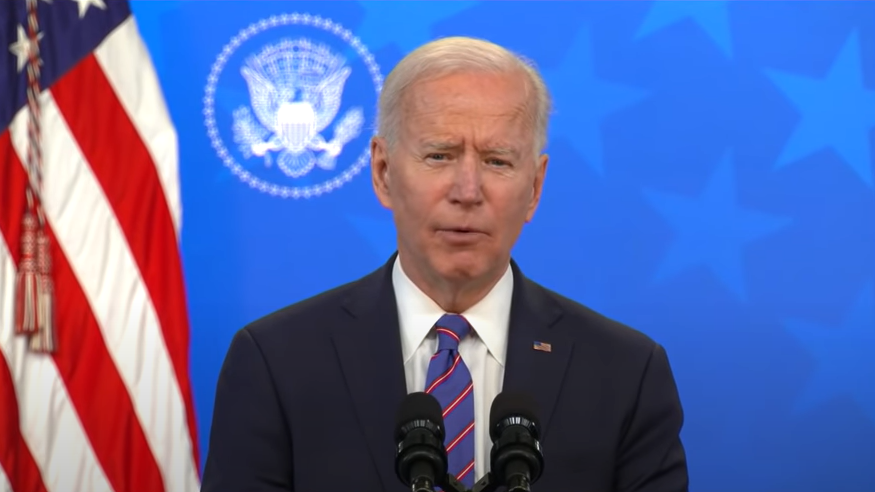 President Joe Biden continued to expose just how big of an idiot he is.

Hey @snopes @PolitiFact can we get a fact-check on this objectively false information the president is spouting? pic.twitter.com/iHxq0qSPdq

Just looking at the current world records in sprinting, it’s clear Joe Biden has no clue what he’s talking about, and he’s just signaling the virtue.

As reported by World Athletics, the women’s 100 metres outdoor world record is held by Florence Griffith-Joyner with a time of 10.49 seconds. It was set on July 16, 1988.

In comparison the men’s 100 metres outdoor world record is held by Usain Bolt with a time of 9.58 seconds. It was set on August 16, 2009. Looks like the man did it better. 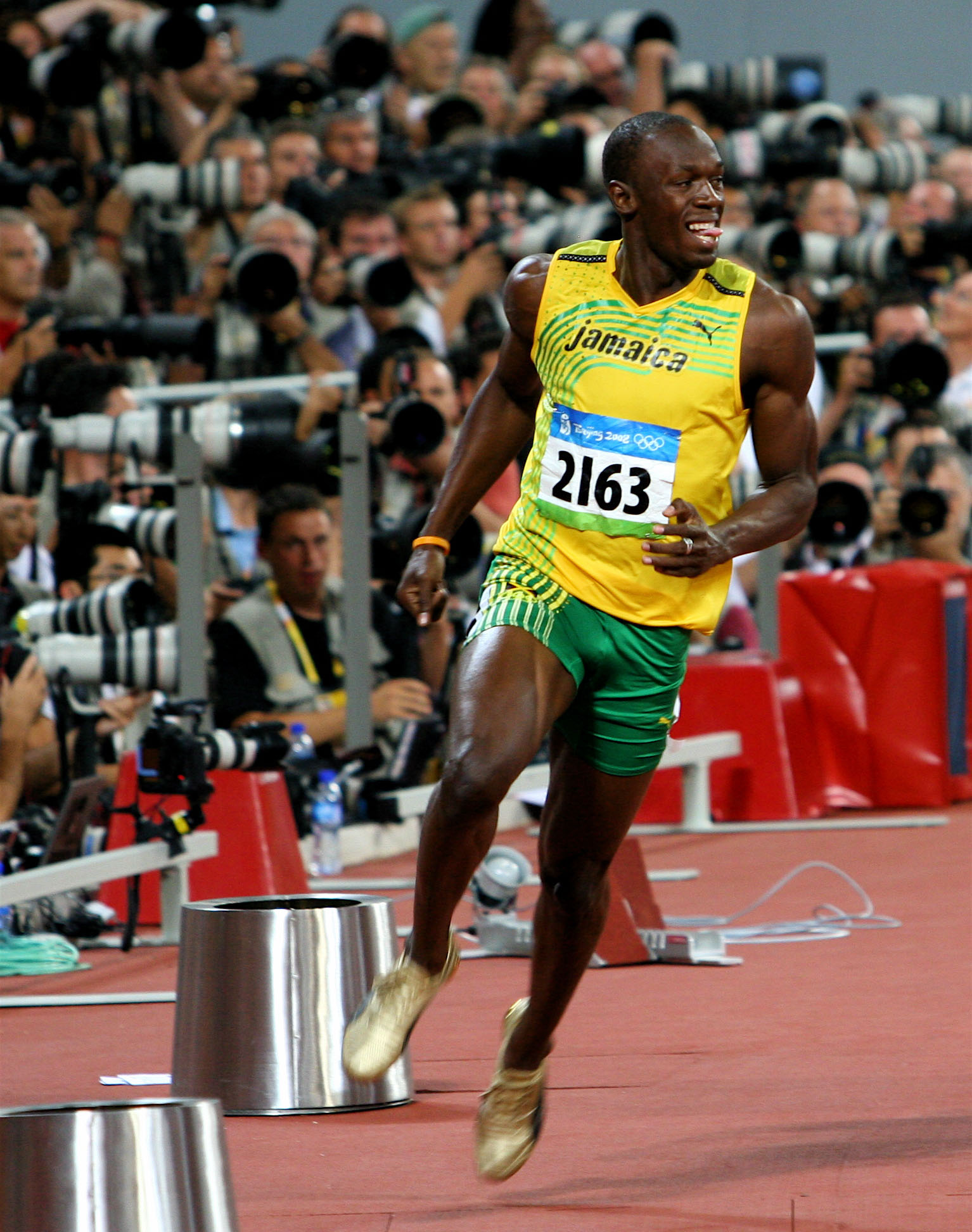 According to the International Weightlifting Federation, the world record for men over 109 kilograms in the weightlifting event called ‘Snatch’ is held by Lasha Talakhadze at 220 kilograms.

Again the man did it better. 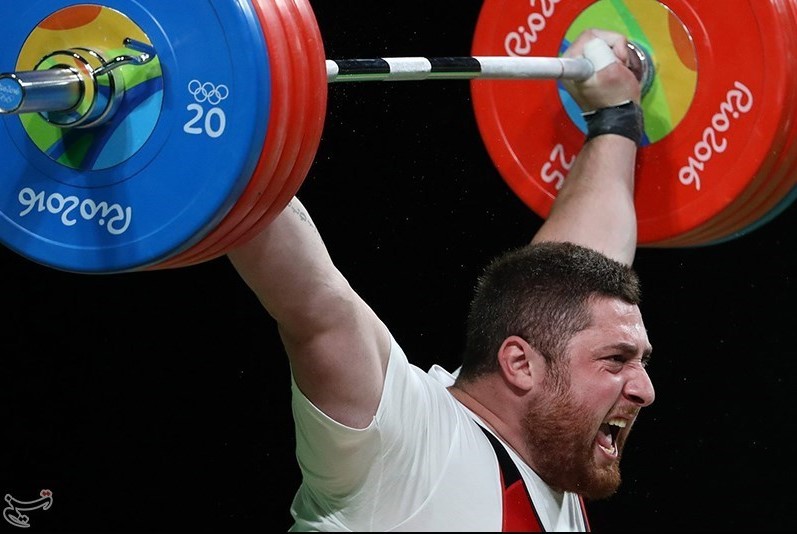 The list of examples can go on and on. Joe Biden is complete dunderhead. 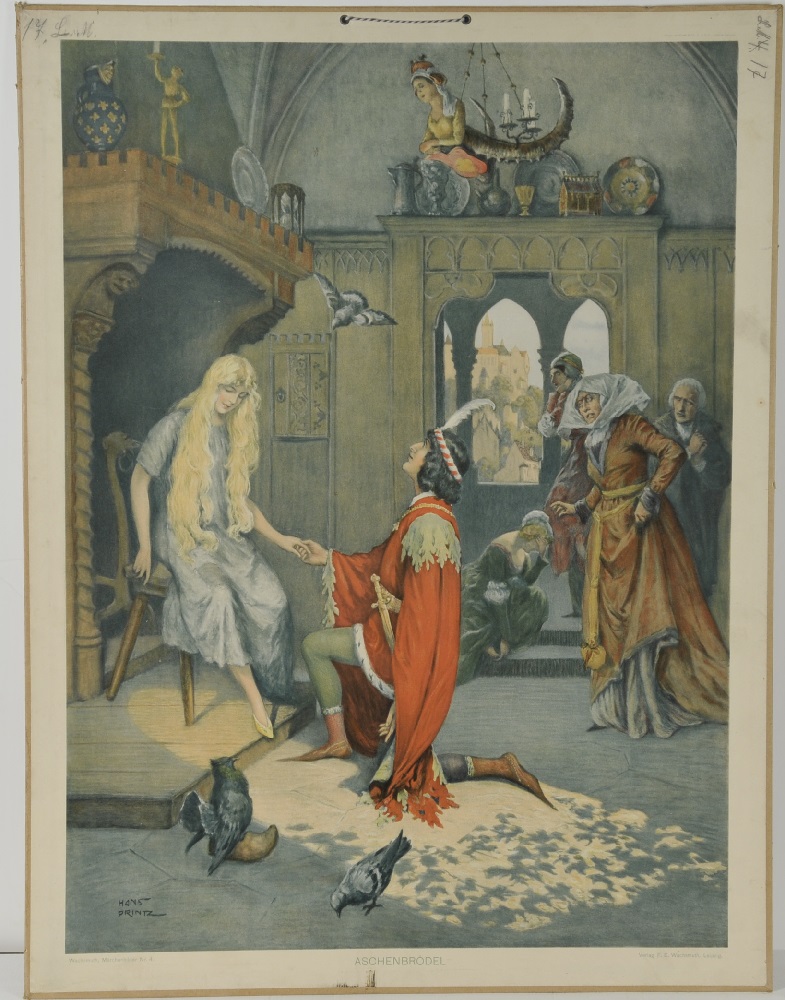 Minnesota theater, Chanhassen Dinner Theatres, cancelled a production of Rodgers and Hammerstein’s Cinderella because it was too white.

In a press release, the company announced, “After careful consideration and with our ongoing commitment to Diversity, Equity and Inclusion, Chanhassen Dinner Theatres has made the decision to cancel our upcoming production of Rodgers & Hammerstein’s Cinderella.”

They added, “In addition to changing future programming, we are establishing new  pre-production protocols. We will be inviting (and paying) BIPOC artists to analyze the production with our creative teams through a new DEI lens – looking to expand the voices that are at the table and impacting the storytelling. This conversation will happen before the design and casting process has begun.”

They then stated, “We believe this new process will allow us to tell the story in a rich way and allow us to live out our commitment to identity-conscious casting and becoming a more intentionally anti-racist theater.” 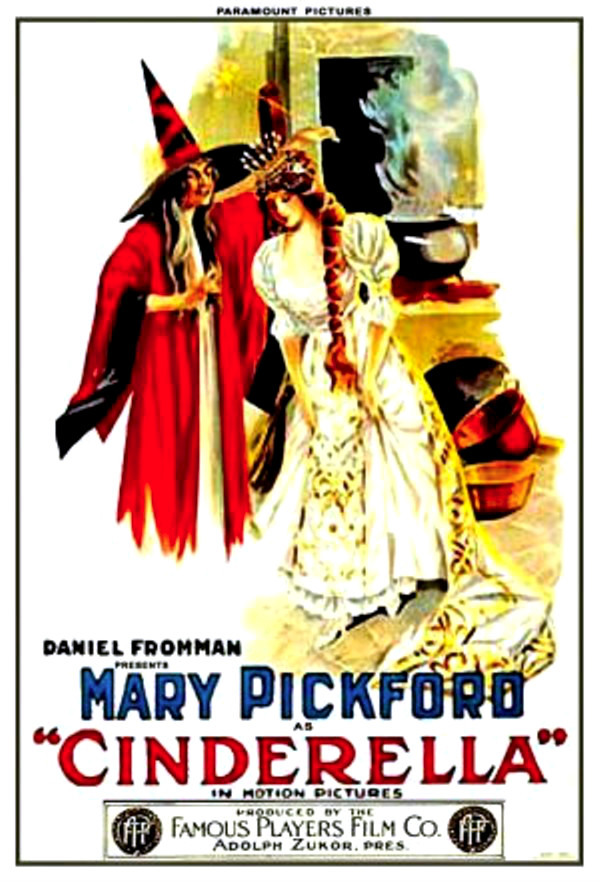 Speaking with TwinCities.com, artistic director Michael Brindisi said, “It was 98 percent white. That doesn’t work with what we’re saying we’re going to do.”

Chanhassen Dinner Theatres would also issue a follow-up statement. It reads, “Just to be clear, we believe unapologetically in the changes we are making, and we believe that all of our kind-hearted guests will follow us on this journey.”

They added, “We did not cancel Cinderella because of content. We are looking forward to bringing it to our stage in the future. But we as a company decided our original casting didn’t go far enough in our commitment, and instead of waiting another full year to implement these important changes, we chose now.” 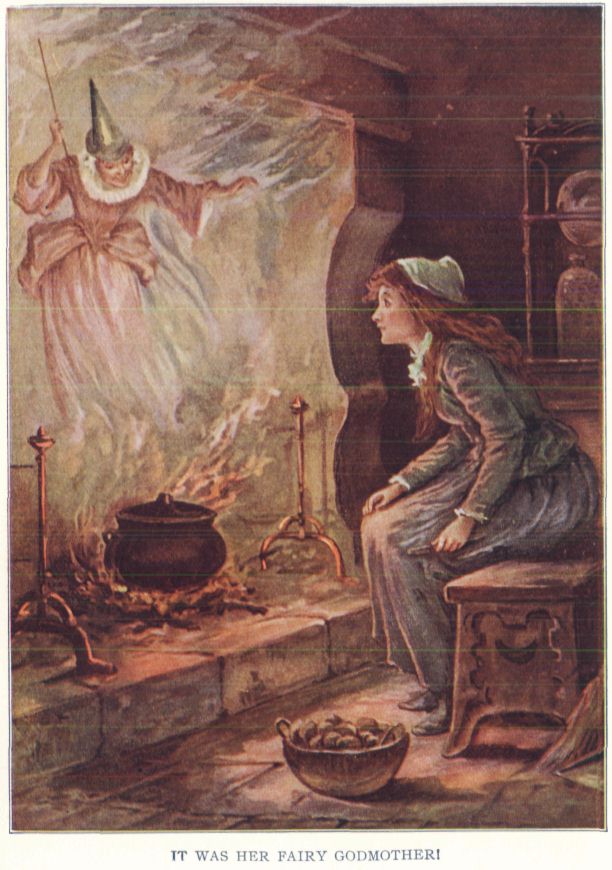 Except they did cancel because of content. They cancelled it because the production, which includes the actors playing the characters and telling the story were more than likely white given the director’s comments.

This is not just dumb. It’s racist. 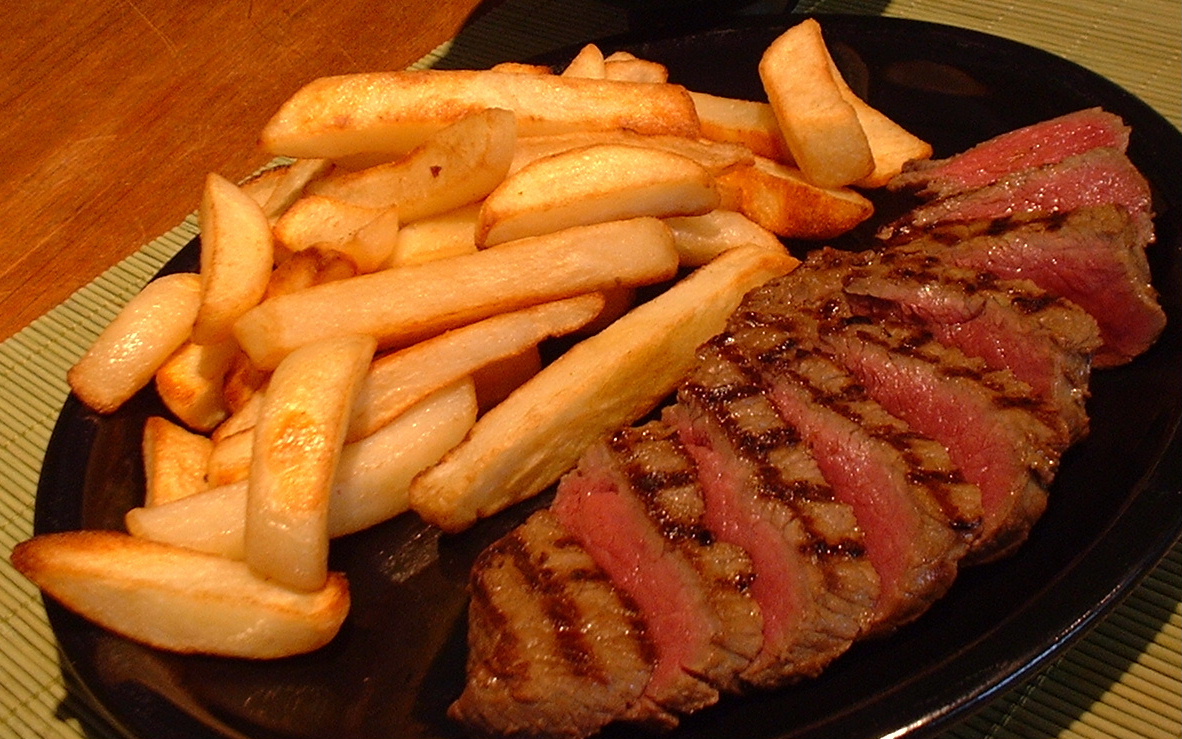 Twitter user MythinformedMKE shared a compilation of a number of TikTokers saying something about white supremacy and veganism.

How do you make veganism even more annoying? Oh pic.twitter.com/UzLf2qqDs4

One person says, “When you fail to account for white supremacy in veganism you get white veganism.”

Another says, “We must address the role of white supremacy and the oppression it creates no matter if we are vegan or not.”

White veganism focuses solely on animal liberation while ignoring the context of colonization and imperialism and how all of this impacts all living beings and the planet,” says another.

Still another added, “Not all white people vegans are ‘white vegans.’

Finally, the last person stated, “Our veganism must be intersectional, accessible, anti-racist, anti-imperialist, and decolonized.” 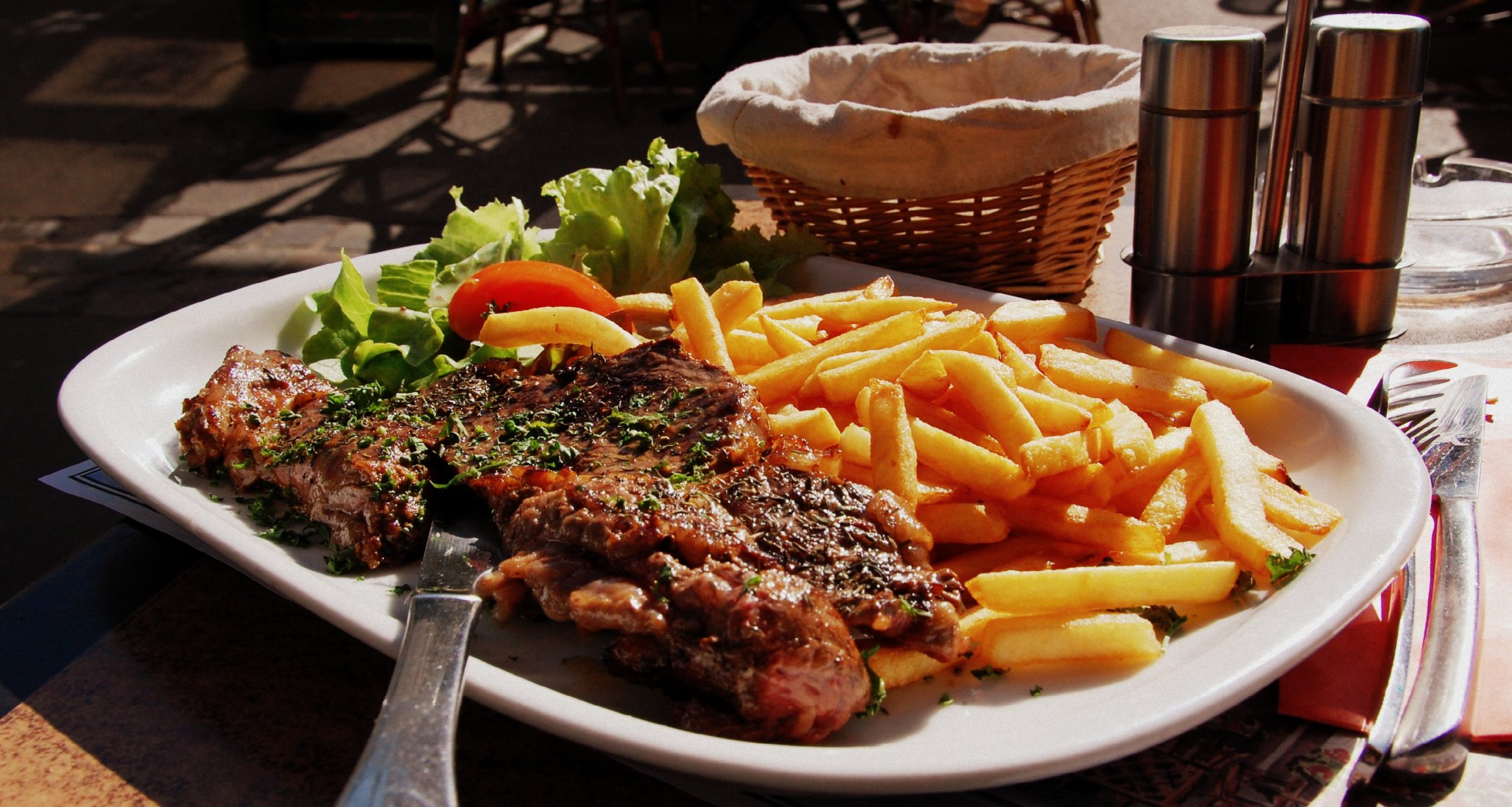 If anyone actually knows what any of this means, keep it to yourself because this crap is absolutely insane, and you don’t want to expose yourself as one them.

Cue the Billy Madison clip because listening to this even without understanding it makes you dumber.