Today we have Lester Holt, a number of reporters who fell for an April Fool’s prank from Volkswagen, Eugene Gu on white supremacy, and Coca-Cola.

On March 30th, after being awarded the Edward R. Murrow Award for Lifetime Achievement in Journalism, Lester Holt declared in his acceptance speech that “that fairness is overrated”.

“Before you run off and tweet that headline, let me explain a bit,” Holt continued. “The idea that we should always give two sides equal weight and merit does not reflect the world we find ourselves in. That the sun sets in the west is a fact. Any contrary view does not deserve our time or attention.” 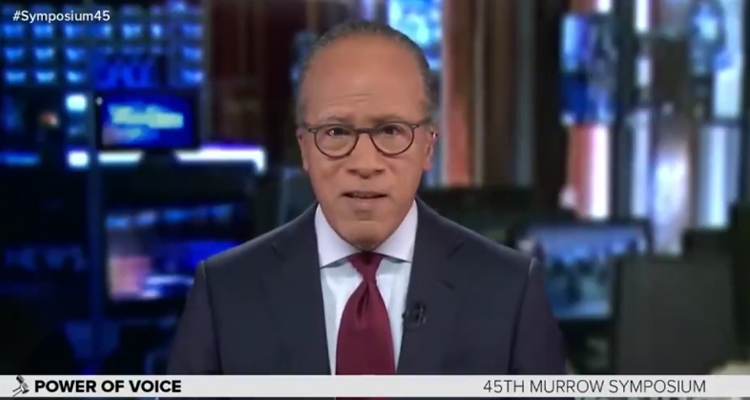 “I know recent events assure that you won’t have to look far for more current or relevant examples, I think you get my point. Decisions to not give unsupported arguments equal time are not a dereliction of journalistic responsibility or some kind of agenda, in fact, it’s just the opposite.”

“Providing an open platform for misinformation for anyone to come and say whatever they want, especially when issues of public health and safety are at stake can be quite dangerous. Our duty is to be fair to the truth, holding those in power accountable is at the core of our function and responsibility. We need to hear our leaders’ views, their policies and reasoning. It’s really important. But we have to stand ready to push back and call out falsehoods.”

NBC’s Lester Holt declares that “fairness is overrated” and that “the idea that we should always give two sides equal weight and merit does not reflect the world we find ourselves in.”pic.twitter.com/qwya8lISz2

I wish I could be surprised that a journalist who calls for the shutting out of dissenting speech would, in the same breath, claim to be “fair to the truth”, but honestly, I’m not. Blatant hypocrisy has become the modus operandi of the fourth estate.

The biggest problem with Holt’s assertion is one that rears itself anytime someone calls for censorous actions under the guise of public wellbeing: who gets to be the judge as to what’s an acceptable view or not?

If you follow Holt’s argument to its endgame, where only ‘acceptable’ speech is given any weight, you’d end up with a society that treats anyone who steps out of line the same way the media treated Johnny Depp and pigeon holes any fact that doesn’t support the ruling narrative, like we’ve seen with Kamala’s statements claiming she believed the women who accused Joe Biden of sexual harassment (forgot about that, huh?). 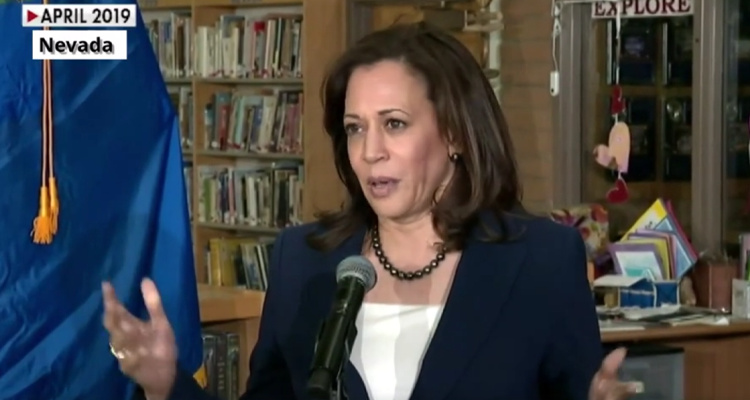 What an embarrassing moment of journalistic  stupidity.

In the days leading up to April 1st, automobile manufacturer Volkswagen began to plant the seeds of an elaborate prank, hinting that after nearly one hundred years the company would be changing its name to ‘Voltswagen’.

The prank was even supported by the company’s employees, some of whom even informed their media contacts that, yes, the name change was real. 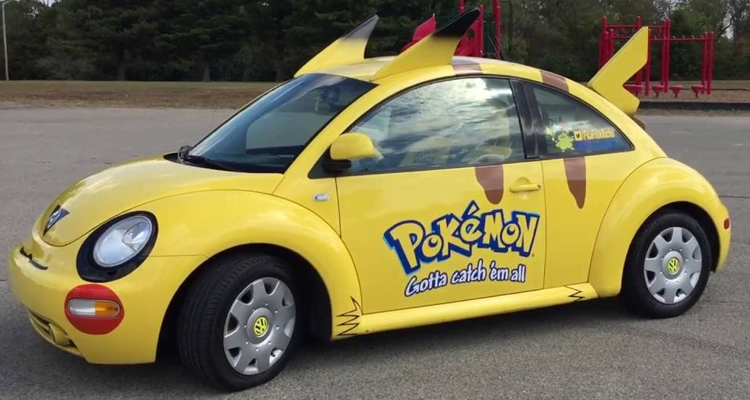 However, after numerous media outlets ran stories reporting Volkswagen’s name change, the company revealed that the entire rebrand was nothing more than an April Fool’s Day prank meant to promote their upcoming line of electric vehicles.

While most people found the prank to be a fun and innocent way to partake in the annual day of nonsense, journalists who fell for the prank lost. Their. Minds.

As a result of being completely unable to take even the smallest L, the mainstream media began to berate Volkswagen for ‘lying’ to the public. 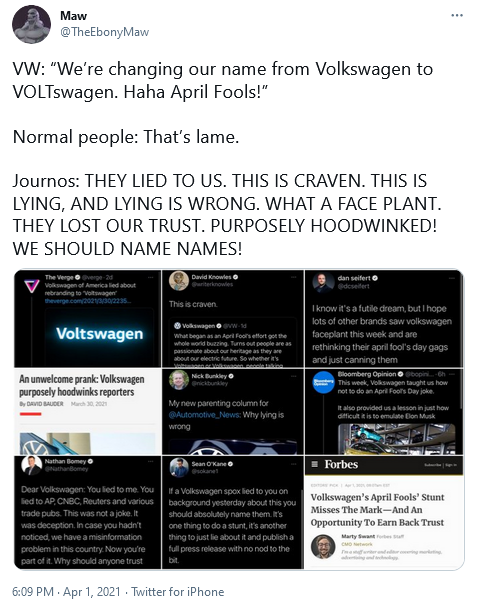 Many who couldn’t handle taking a joke, such as USA Today business reporter Nathan Bomey, attempted to draw a comparison between the prank and Volkswagen’s previous violation of the Clean Air Act, wherein the company intentionally installed ‘defeat devices’ in their cars that would lie to inspectors in order to allow the cars to pass emissions tests.

“I am astonished that a company that — just a few years ago, mind you — paid $30 billion in penalties and pled guilty to criminal charges for **deceiving its customers and regulators to pollute the earth** now thinks it’s funny to lie to reporters,” cried Bomey. 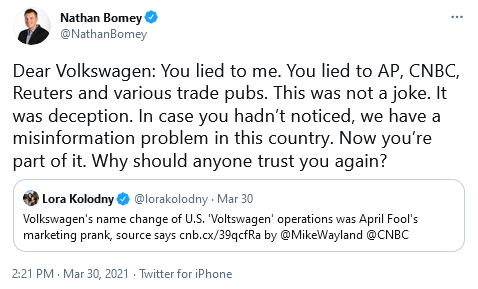 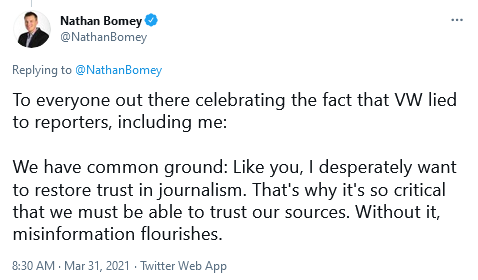 All of this because some reporters, who have clearly proven that they are far too full of themselves, could not take an innocent joke.

Once again, I would like to welcome the mainstream media to The Daily Stupid. Keep this up, and you could be the reigning champion by the end of the year.

I know, I know, pointing out the stupidity of Gu’s regular hypocrisy and virtue signalling is an easy shot, but sometimes, you see a take so dumb that you just have to add it to The Daily Stupid.

If you’ve caught our last few Bounding Live! Shows or the special edition of Drew Taylor’s High Heresy stream wherein Don and I joined to discuss the issue, you may know that the entire “Stop AAPI Hate” campaign has been completely disingenuous from start to finish, mainly due to the media’s refusal to speak honestly about the fact that many of these hate crimes have been committed by black individuals.

However, it’s not just the media, but also a disturbing number of blue checkmarks. One such checkmark is doctor Eugene Gu, who took to Twitter on March 29th to unsurprisingly blame white people for the rise in black-on-asian crime.

“Black on Asian crimes only occur because of our system of white supremacy that strips African Americans of their economic opportunities while taking respect and dignity away from Asian Americans,” wrote Gu. “Also, white people in power are experts at dividing and conquering to stay in power.”

Gu’s statement is just more of that dishonesty, borne out of his refusal to criticize a ‘protected’ class. I mean, he’s literally bringing in a third-party ‘race’ in order to sanitize and excuse the crimes.

Personally, I think that Gu made this statement because, like many, he cannot admit that the current and historically ongoing tension between the Asian and black communities presents a counter- example to many of the concepts put forth by critical social justice and race theory.

Calling Gu stupid feels like an understatement, so I think I’ll let King Kai take it away.

4. Coca-Cola: The King of Hypocrisy

My personal opinion on the issue again aside, I would like to thank the changes made to Georgia’s voting laws for providing us with an almost non-stop flow of stupid takes.

On March 31st, Coca-Cola CEO James Quincey appeared on CNBC’s Power Lunch to discuss the company’s position regarding the newly passed voting laws, as the soft drink titan is one of the largest businesses within the state. 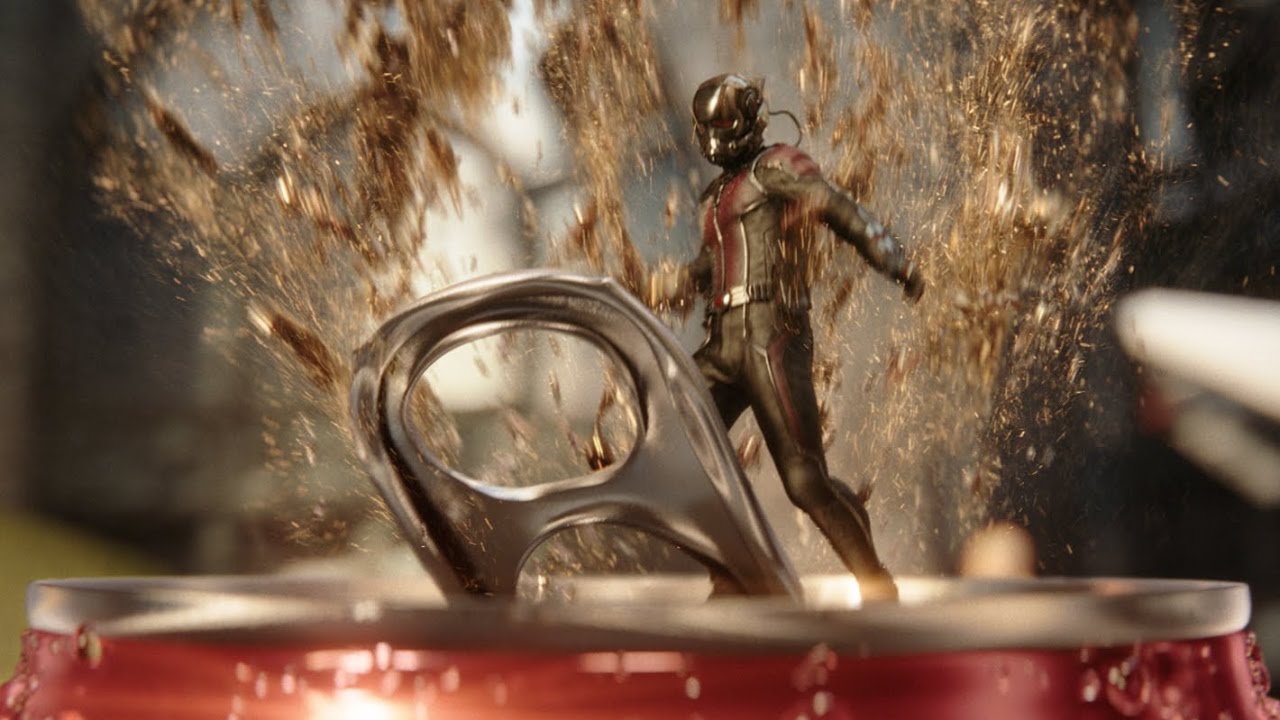 “Let me get crystal clear and unequivocal, this legislation is unacceptable,” asserted Quincey to host Sara Eisen when asked about the voting laws. “It is a step backwards and it does not promote principles we have stood for in Georgia around broad access to voting, around voter convenience, about ensuring election integrity.”

He continued, “This is frankly just a step backwards. We’ve spent many decades promoting, within Georgia, a better society and a better environment for prisoners, and we’re very clear on that. And our position remains the same. This legislation is wrong, and needs to be remedied, and we will continue to advocate for it both in private and now even more clearly in public.”

Quincey also says "this legislation is wrong, and needs to be remedied, and we will continue to advocate for it both in private and in now even more clearly in public" pic.twitter.com/cdruteEiat

That’s a really interesting position for Quincey and Coca-Cola to take, especially considering how just last November the company actively lobbied against a bill that would have prohibited the import of goods made within China’s Xinjiang region, where the country’s communist government is currently inflicting numerous human rights abuses against the Uyghur people.

Titled the Uyghur Forced Labor Prevention Act, Coca-Cola opposed the bill on the grounds that their facilities in the region, and thus their supply chain, would have been disrupted.

Though the company claims that their Xianjiang facilities do not benefit from the forced labor of Ughyr prisoners, the United States Congressional-Executive Commission on China reported that Coca-Cola was one of many companies whose goods were credibly “suspected of being made or processed with forced labor.” 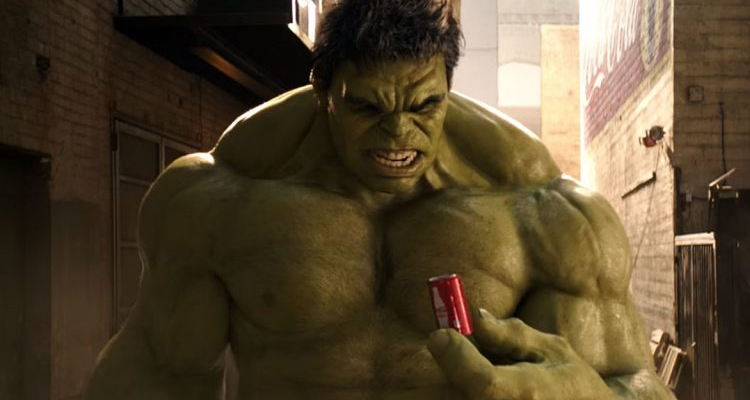 You know Mr. Quincey, I bet the Ughyr people would really love the opportunity to vote as well. Like Mark Hamill last week. it seems Quincey’s will only advocate for “a better society and a better environment for prisoners” when there’s no threat to his bottom line.

Quincey’s statement is textbook virtue signalling, and like all such cases, it’s entirely stupid.