Lucasfilm continues to scrape the bottom of the barrel when it comes to Star Wars with the announcement of the Doctor Aphra audio book coming to print from Del Rey.

Del Ray made the announcement that the audio book, which was released back in July 2020, would be coming to print back in November 2020.

They wrote on Twitter at the time, “The spectacular Doctor Aphra audio original by Sarah Kuhn is coming to print next spring, on April 6, 2021 and is available for preorder, now!”

They added, “Read an interview with author Sarah Kuhn and see the full dramatis personae, as written by Aphra herself:

That full dramatis personae is included in the link, but it would not gain much attention until this week when Del Rey shared an image of it to Twitter while promoting the book going on sale today.

They wrote, “Available tomorrow, the epic audio adventure of Doctor Aphra, by Sarah Kuhn, is coming to print!” 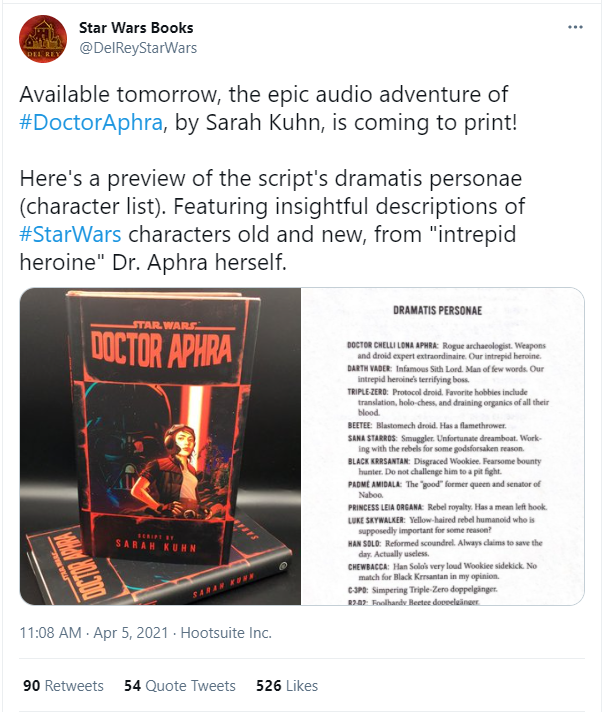 The dramatis personae does indeed include insightful descriptions because it reveals what Lucasfilm really thinks about their male characters specifically Luke Skywalker and Han Solo.

As you can see below, the description for Luke Skywalker reads, “Yellow-haired rebel humanoid who is supposedly important for some reason?” 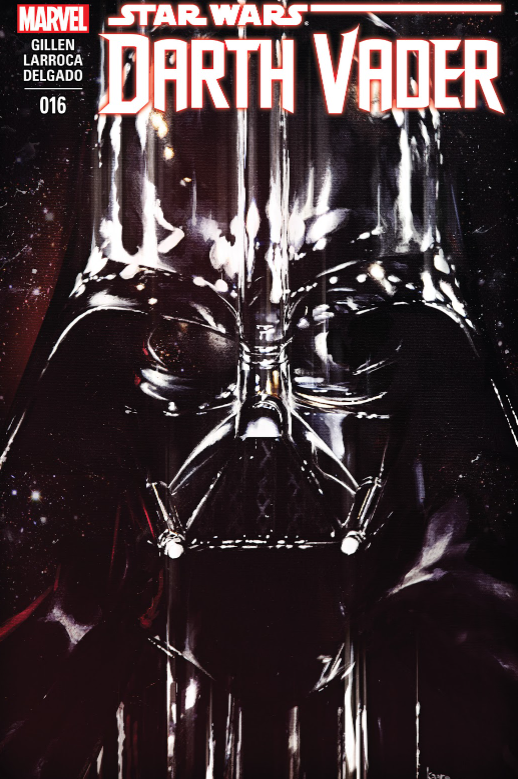 Chewbacca even gets thrown under the bus. His description reads, “Han Solo’s very loud Wookie sidekick. No match for Black Krrsantan in my opinion.”

In contrast the female characters are not insulted or degraded. 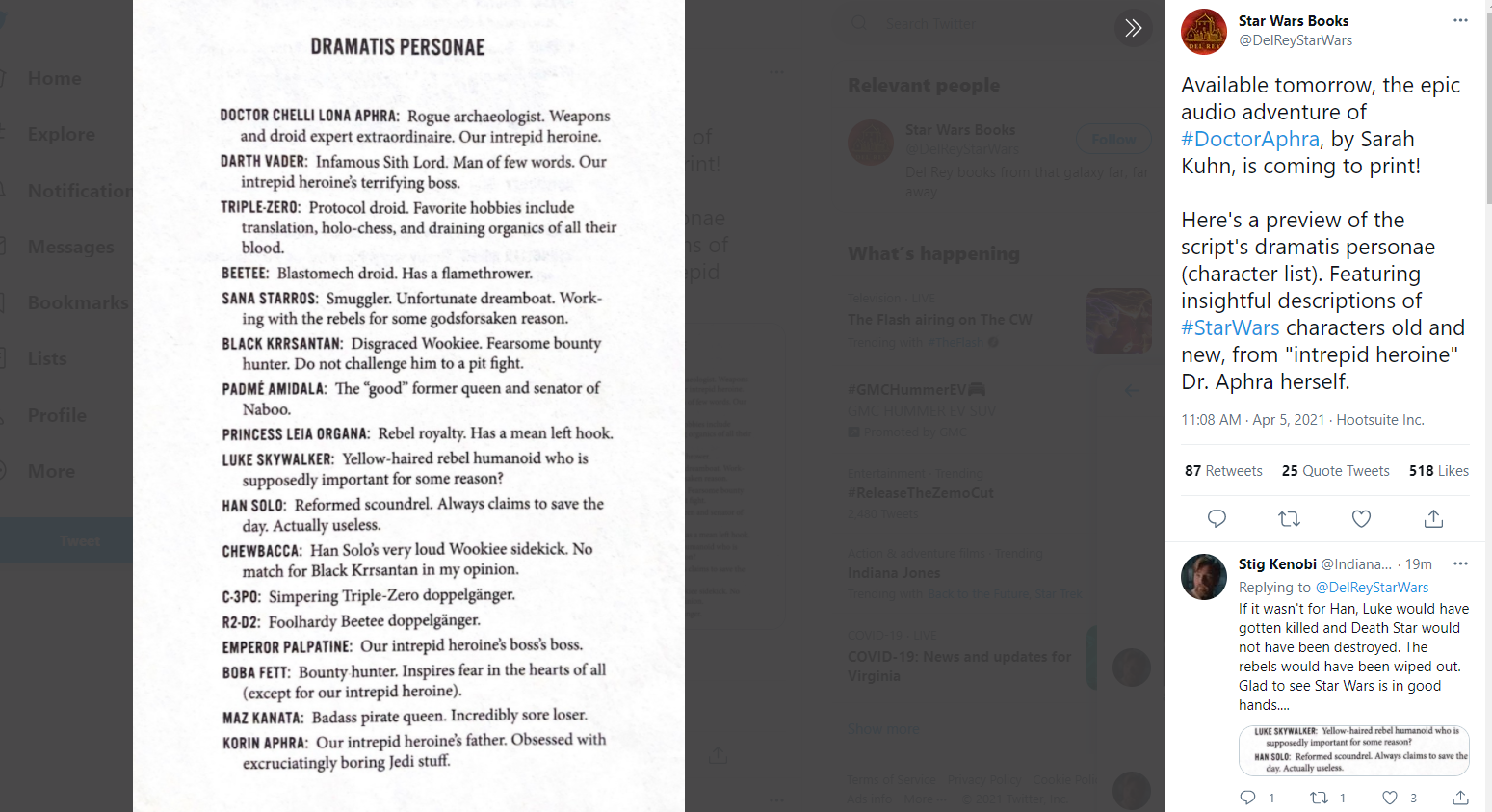 Del Rey would clarify that the dramatis personae descriptions were written by Doctor Aphra.

They wrote on Twitter, “The dramatis personae is written from Doctor Aphra’s POV and she has many observations and opinions to share.” 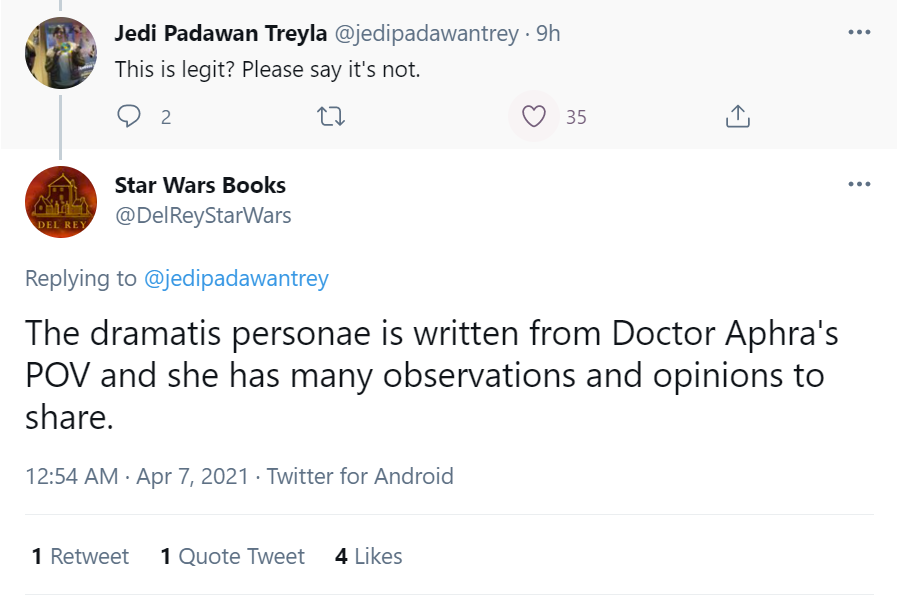 Del Rey would also claim that the book is based on the 2015 Darth Vader comic book series published by Marvel Comics.

They would state, “It’s an expanded adaptation of her original appearance in the Darth Vader (2015) comics. But that story was largely told from Vader’s POV. This entire story is being told by Aphra herself. With lots of content not seen before.”

They add, “She may not always be the most reliable narrator :)” 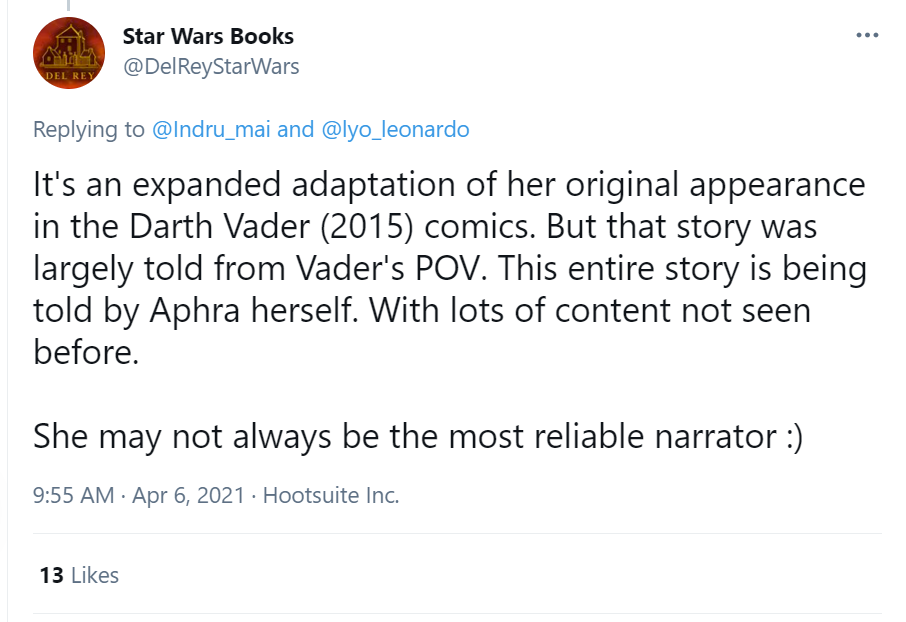 If the book is indeed based on Doctor Aphra’s adventures in the 2015 Darth Vader run, then the dramatis personae descriptions are even more perplexing.

In Darth Vader #13 part of the Vader Down crossover series, Aphra is first introduced to Han Solo, Luke Skywalker, and Princess Leia by her droid Triple-Zero.

Triple-Zero states, “Luke Skywalker. The target. Destroyer of Death Star, the reason why Master Vader is here. From our best sources, on his journey from dusty Tatooine to Yavin, he’s gathered a few associates…”

“Leia Organa, Princess, survivor of Alderaan. Han Solo, not Solo, now in a team. Some manner of smuggler. Various bounties,” he adds.

In the same storyline, Aphra’s first encounter with Han Solo is him actually ambushing her after Triple-Zero captured Luke Skywalker. 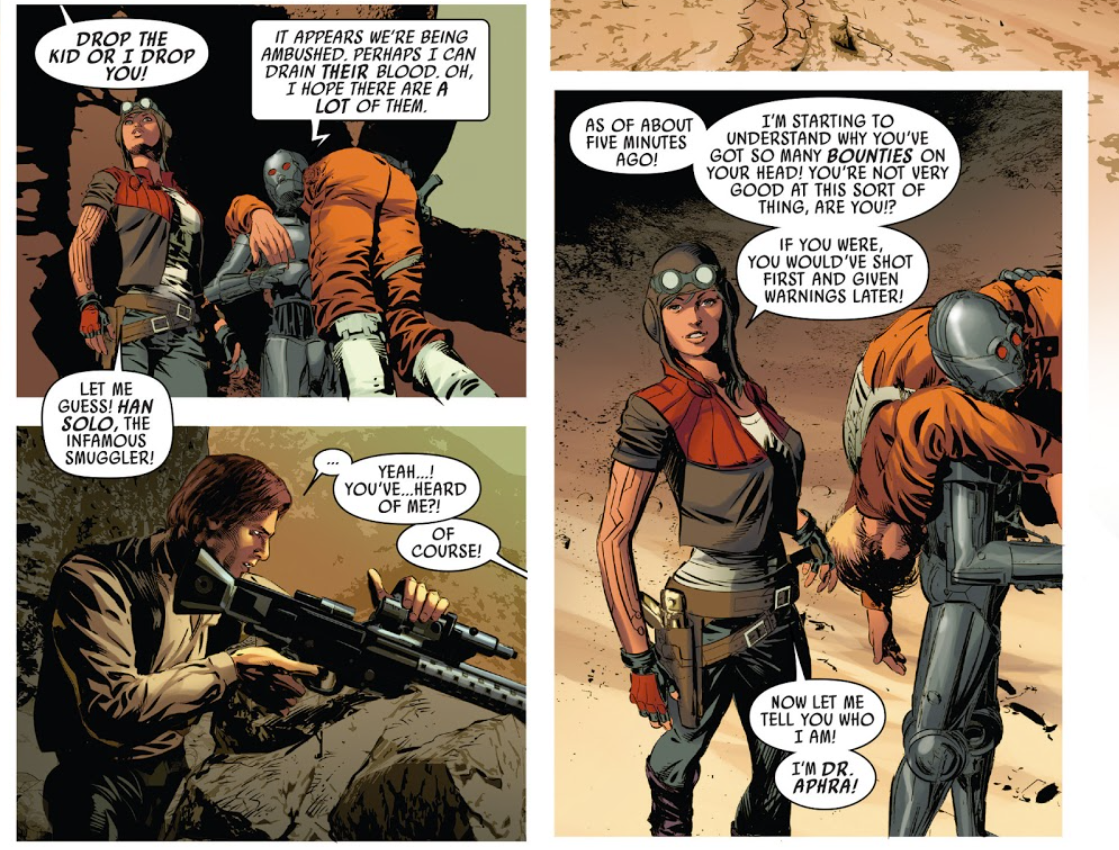 And as for Chewbacca, in Star Wars #14, he defeats Black Krrsantan. 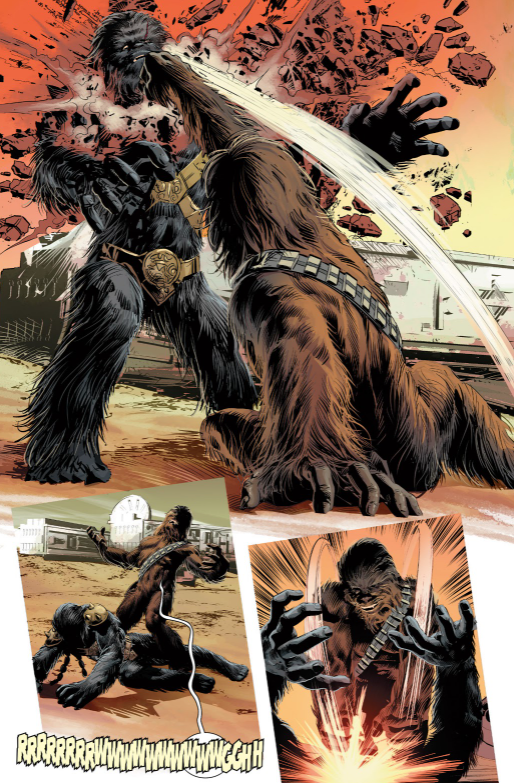 This has nothing to do with the dramatis personae being written from Aphra’s view and everything to do with denigrating the male characters from Star Wars specifically the ones created by George Lucas.