Glenn Kirschner, an NBC News and MSNBC legal analyst, took to Twitter in an attempt to cancel Sylvester Stallone based on a rumor.

Kirschner took to Twitter, where he wrote, “Today’s Hollywood scoring: Will Smith is a hero and Sylvester Stallone is a zero.”

He continued, “Smith and Apple Studios pull out of film project in Georgia. Stallone supports criminal ex-president by joining Mar-a-Lago.”

“Thank you Will. Shameful Sly. Let’s spread the word,” he concluded. 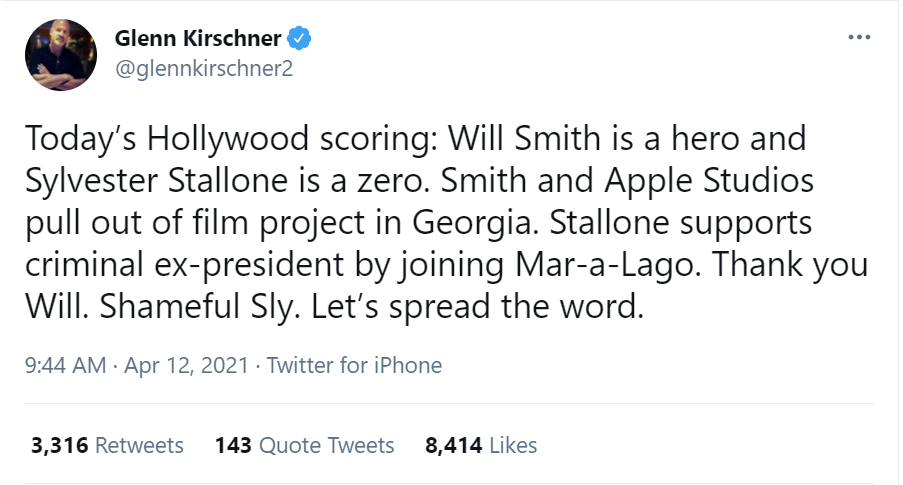 Smith alongside director Antoine Fuqua and Apple Studios did indeed pull their production of Emancipation out of Georgia.

In a press statement they announced, “Director/producer Antoine Fuqua and his Fuqua Films and actor/producer Will Smith and his media company Westbrook Inc. have decided to move production of their upcoming film EMANCIPATION from the State of Georgia due to the newly enacted voting restrictions passed by the state legislature and signed by the Governor.” 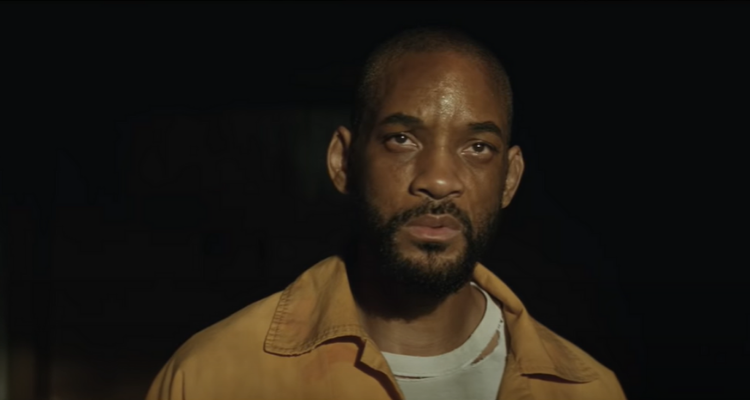 Smith and Fuqua also released a joint statement. They stated, “At this moment in time, the Nation is coming to terms with its history and is attempting to eliminate vestiges of institutional racism to achieve true racial justice.”

“We cannot in good conscience provide economic support to a government that enacts regressive voting laws that are designed to restrict voter access,” the statement continued.

They added, “The new Georgia voting laws are reminiscent of voting impediments that were passed at the end of Reconstruction to prevent many Americans from voting.”

“Regrettably, we feel compelled to move our film production work from Georgia to another state,” their statement concluded.

As for Kirschner’s claim about Stallone, they are based on a rumor from Page Six. An anonymous source claiming to have seen Stallone at the club in March told the publication, “Sly just became a member of Mar-a-Lago.”

Page Six had no other details to provide on whether or not Stallone is an actual member. 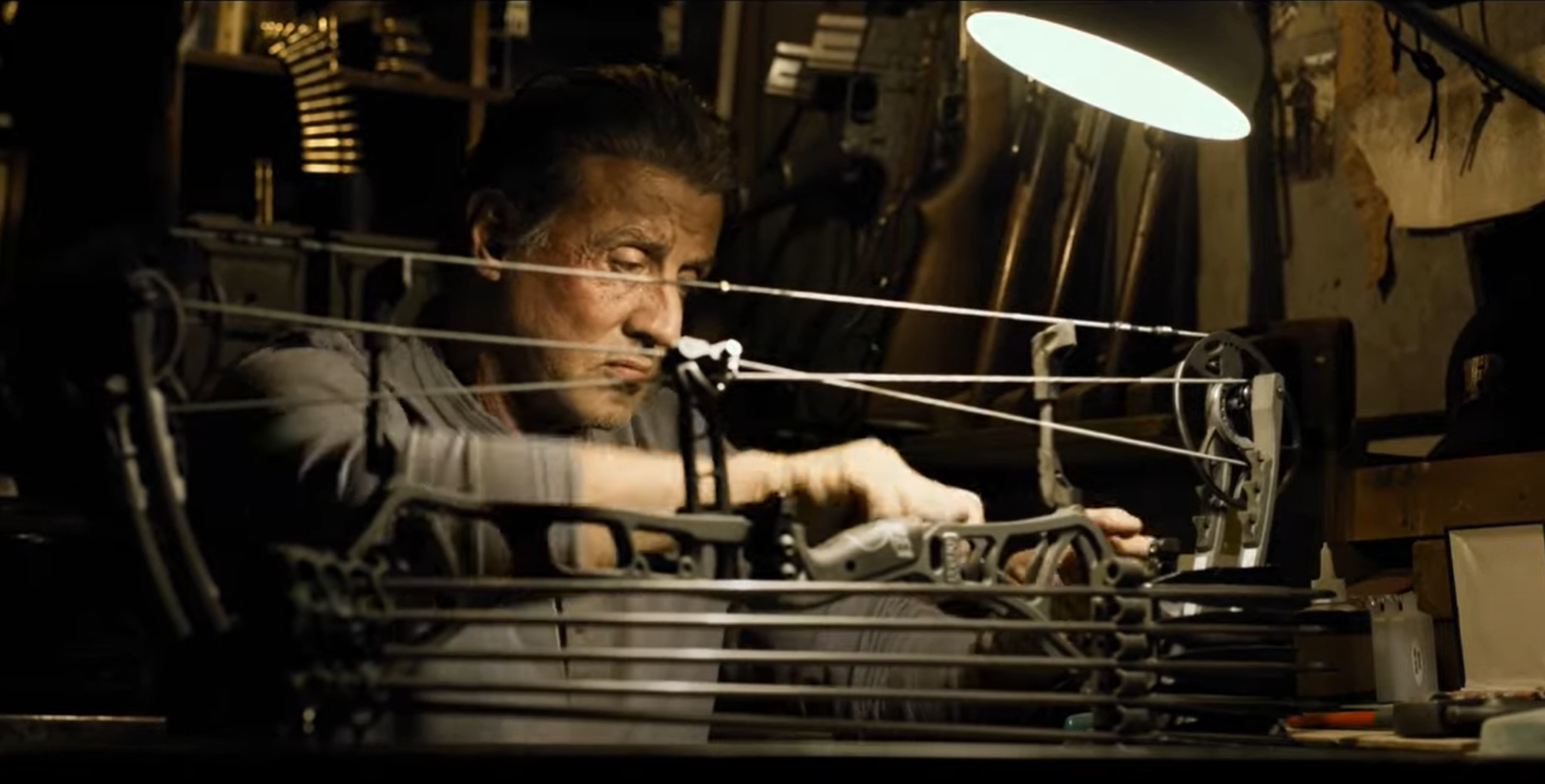 Stallone did have praise for Trump back in 2016. He told Variety, “I love Donald Trump.”

He went on to say, “He’s a great Dickensian character. You know what I mean? There are certain people like Arnold, Babe Ruth, that are bigger than life. But I don’t know how that translates to running the world.”

What do you make of Kirschner’s attempt to cancel Sylvester Stallone?