In a lengthy interview with Looper where she discusses her YouTube channel as well as Battlestar Galactica, Sackhoff is asked, “When you were cast on Battlestar, there was a pretty vocal group of fans that was pretty pissed about Starbuck being a woman. That seemed to change once the show came out, but looking at the season finale of Mandalorian, and it’s you and Mercedes and Gina and Ming-Na Wen driving almost all of the action, and people almost didn’t notice. As a sci-fi action star, have you seen the attitude towards women in that space change?” 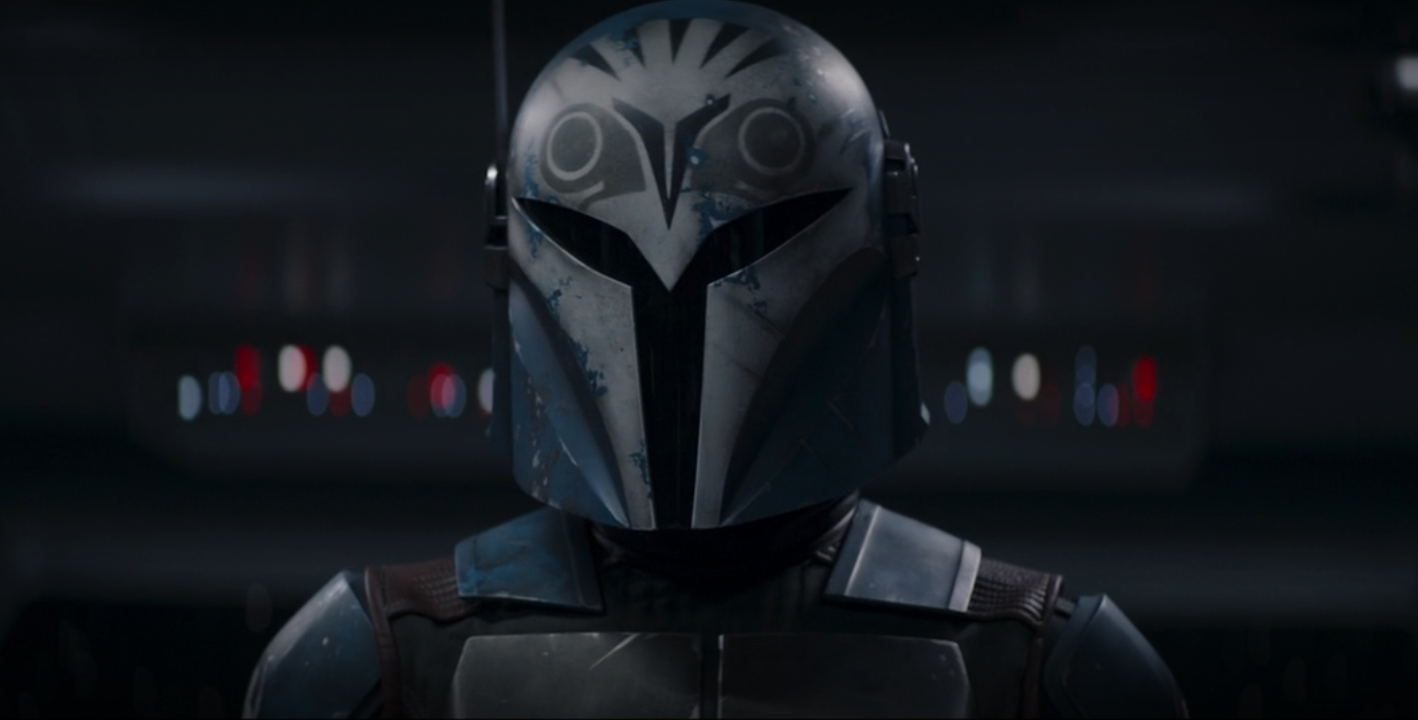 First off, this question is laughable. Din Djarin actually has two huge fight sequences in the final episode. The first against a Dark Trooper and the second against Moff Gideon. Not to mention the final combat sequence is Luke Skywalker going ham on the Dark Troopers. But the all-female fire squad was driving almost all of the action…

Nevertheless, Sackhoff responded, “Absolutely. Yeah. Well, first and foremost, one of the reasons why Starbuck worked was that we never mentioned the fact that she was a woman. She was just a well-rounded, interesting, creative character in a world that was fun to watch. She just happened to be a woman.”

Sackhoff would then transition to The Mandalorian, “The reason why that scene at the end of Mandalorian worked was they didn’t talk about the fact that they were women. They were just the best people for the job and they were there. And they did it, and they succeeded.”

“We didn’t stop to be like, ‘Female power, woo-hoo! You take the lead because you’re the prettiest!’ You know what I mean? This was just the crew that was available,” she added.

However, the only reason why the all female scene is even in the show is because the writers decided to write out the third Mandalorian, Axe Woves played by Simon Kassianides, that previously appeared alongside Sackhoff’s Bo-Katan in Chapter 11: The Heiress.

He’s nowhere to be found in the final episode of Season 2.

Not only did they write off  Kassianides’ character without an explanation, but they also send Din Djarin on a separate mission within Gideon’s ship.

In fact, Bo-Katan initially says they should split into two parties, but Djarin says he’s going alone. There is no other discussion. That means the entire plan hinges on Djarin getting to the Dark Troopers’ holding bay before they are activated.

But maybe the most galling decision that creates the all-female charge scene is the fact that Boba Fett is ordered to evacuate the area after Bo-Katan’s team lands on Gideon’s ship. No reason is given why.

And while their ruse to get on the ship works, Gideon quickly sniffs it out. One would think that having one of the most fearsome bounty hunters as part of your strike team might be something you would want especially when your infiltration mission had been discovered almost from the get go.

However, Fett leaves the area and is never seen again, most likely because if he was actually on the mission, he would encounter Luke Skywalker at the end and there would be all kinds of problems with that.

So, Sackhoff is wrong. They weren’t the best people for the job. Their best asset, Boba Fett, is used as a decoy and doesn’t even deploy with the team.

And as for their mission. It more than likely would have failed without the intervention of Luke Skywalker. As the Dark Troopers and Moff Gideon outplayed them and had them cornered.

And if you want to get really picky, Sackhoff even contradicts herself. She first says they were the best people for the job, but then later says it was just the crew that was available. Which one is it? 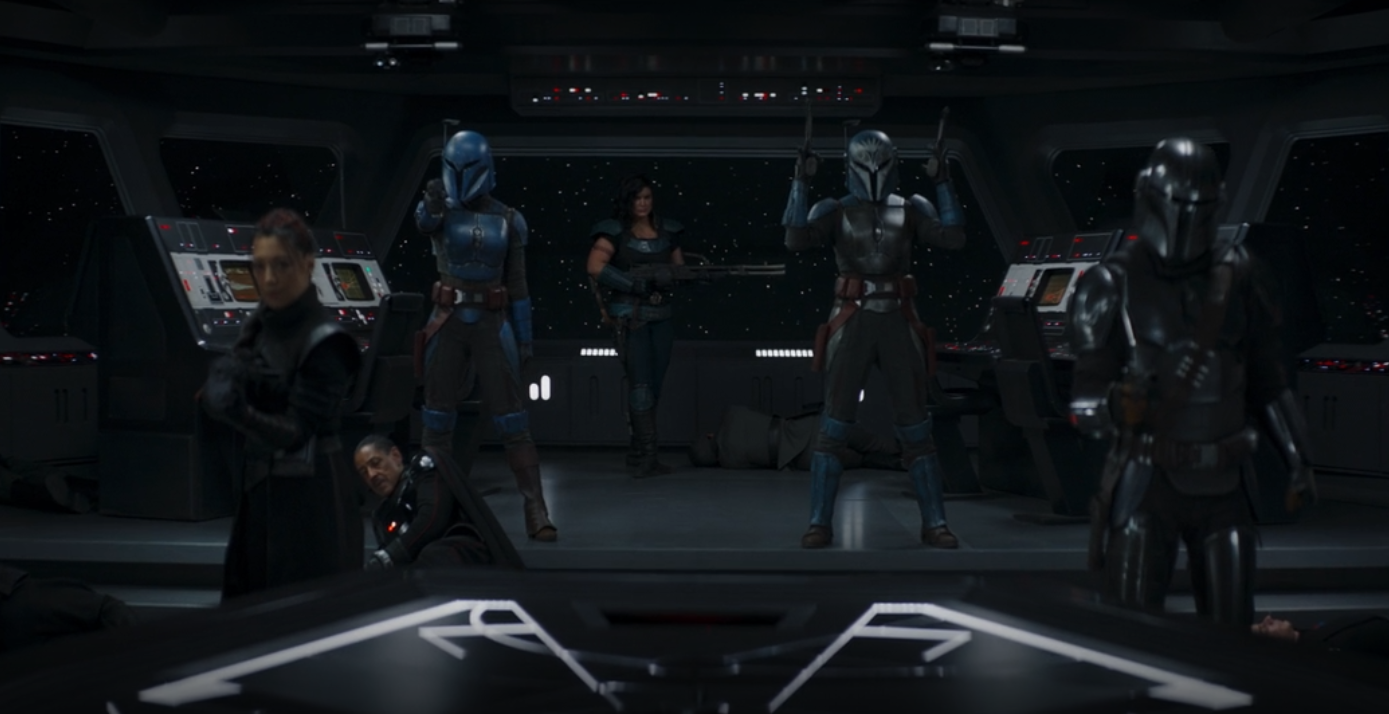 Nevertheless, Sackhoff would continue to answer the question turning to how the industry has changed.

She said, “And I think that what’s changed, not only the genre but in our industry, is that we don’t feel like we have to quantify a female’s existence anymore by saying, “Well, she’s a woman, she’s a ‘strong female character.’ We don’t have to do that anymore.”

She continued, “Now, it’s just like, ‘Isn’t that awesome to watch? Holy crap, that was amazing.’ That’s not to take away from and negate the fact that they’re obviously women. I think that’s what’s changed the most in the industry — we have so many amazing women to watch.”

Sackhoff would then point to Nomadland to illustrate her point, “Look at Nomadland. Look at Frances McDormand. I mean, that performance, that is a strong woman. They never talk about the fact that it’s unsafe for her to be living this life because she’s a woman. They don’t talk about it.”

“They show the difficulties for everyone living this life, men and women. That was so beautiful to me because it’s like I think it allows us as viewers to really just get lost in something and not go, ‘Oh, there’s the explanation there,'” she concluded.

What do you make of Sackhoff’s comments about the all-female scenes in The Mandalorian’s season 2 finale?