Today, we’ve got more stupid including LeBron James, the pyramid of hate, and Democrats in Congress.

LeBron James decided to target police officer Nicholas Reardon after he shot and killed 16-year-old Ma’Khia Bryant as she was in the process of stabbing another female.

LeBron tweeted out an image of Reardon and wrote, “YOU’RE NEXT #ACCOUNTABILITY ”

While this is most assuredly stupid and I would argue evil, LeBron doubled down on the stupidity after he deleted this tweet.

In a follow-up tweet he wrote, “ANGER does any of us any good and that includes myself! Gathering all the facts and educating does though! My anger still is here for what happened that lil girl. My sympathy for her family and may justice prevail!” 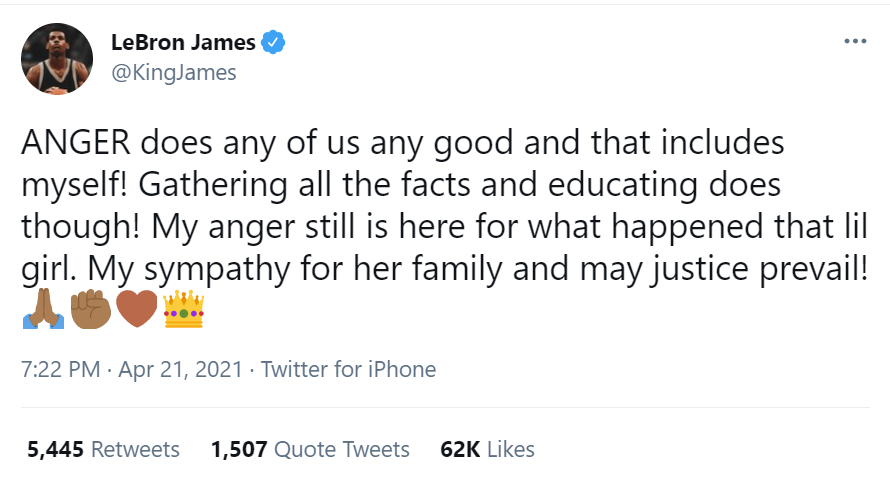 He then tweeted again, “I’m so damn tired of seeing Black people killed by police. I took the tweet down because it’s being used to create more hate – This isn’t about one officer. it’s about the entire system and they always use our words to create more racism. I am so desperate for more ACCOUNTABILITY.” 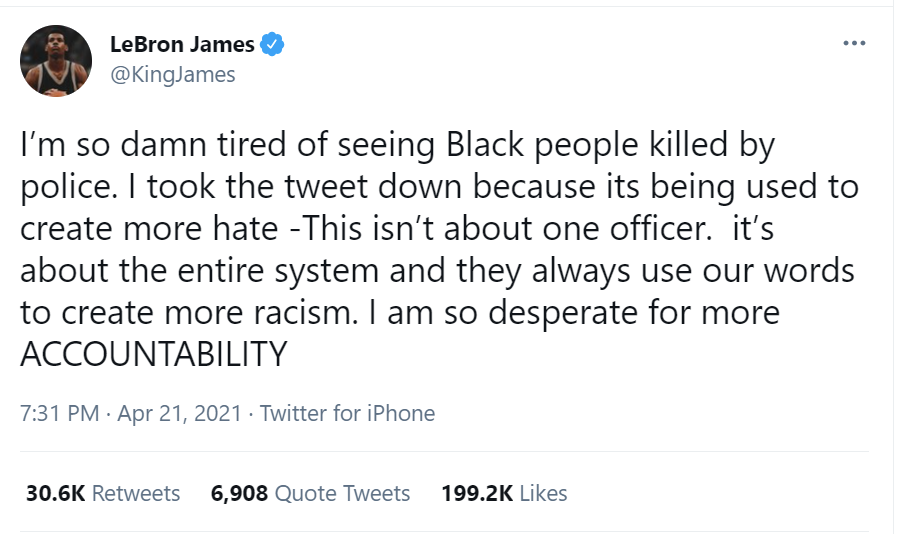 If LeBron actually believes in accountability, he wouldn’t have lied about his original tweet. It was clearly about one officer. You shared his image and threatened him.

And if you actually cared about accountability, you’d start with yourself. But you didn’t you tried to deflect your own wrongdoing onto the “system.” And you still have completely ignored the fact that officer Reardon stopped a stabbing as it was taking place.

LeBron James, you definitely aren’t a king, you are an idiot.

On Twitter, Rufo first revealed that Philadelphia’s Office of School Climate and Culture is instructing students to take action following the verdict in the Derek Chauvin case by teaching them about the Pyramid of Hate.

But before they get to the Pyramid of Hate, they are specifically told to show students a slide deck titled “Social Story for George Floyd.” 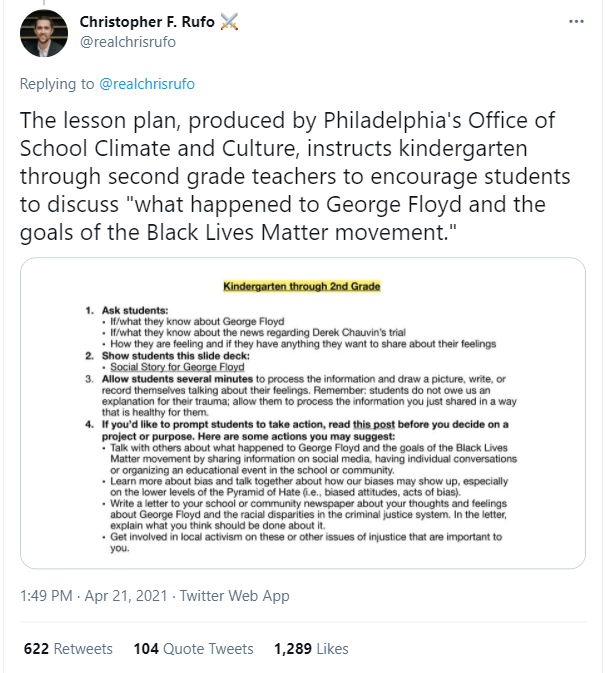 The “Social Story for George Floyd” instructs the elementary school students telling them “George Floyd was killed by a police officer.”

The next slides adds, “Mr. Floyd was African American, the officer was white.” Finally, it concludes, “For many years, some police officers have hurt African Americans.” 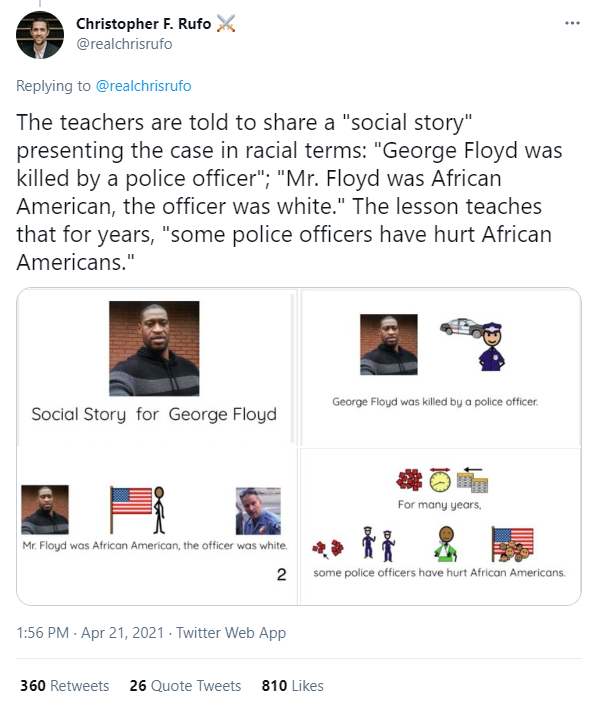 Rufo shared a paragraph that detailed “the Pyramid of Hate illustrates the prevalence of bias, hate and oppression in our society. It is organized in escalating levels of attitudes and behavior that grow in complexity from bottom to top.”

“Like a pyramid, the upper levels are supported by the lower levels. Bias at each level negatively impacts individuals, institutions and society and it becomes increasingly difficult to challenge and dismantle as behaviors escalate,” the paragraph continues.

It adds, “When bias goes unchecked, it becomes ‘normalized’ and contributes to a pattern of accepting discrimination, hate and injustice in society.”

It concludes, “While every biased attitude or act does not lead to genocide, each genocide has been built on the acceptance of attitudes and behaviors in ourselves, others, and institutions, we can interrupt the escalation of bias and makes it more difficult for discrimination and hate to flourish.”

This isn’t just stupid. It’s insanity. Here’s an idea defund the Philadelphia Public Schools and fire whoever came up with the pyramid of hate, approved of it, distributed it, and is implementing it. Just fire anyone who’s ever been attached to this. That’s how dumb this is. 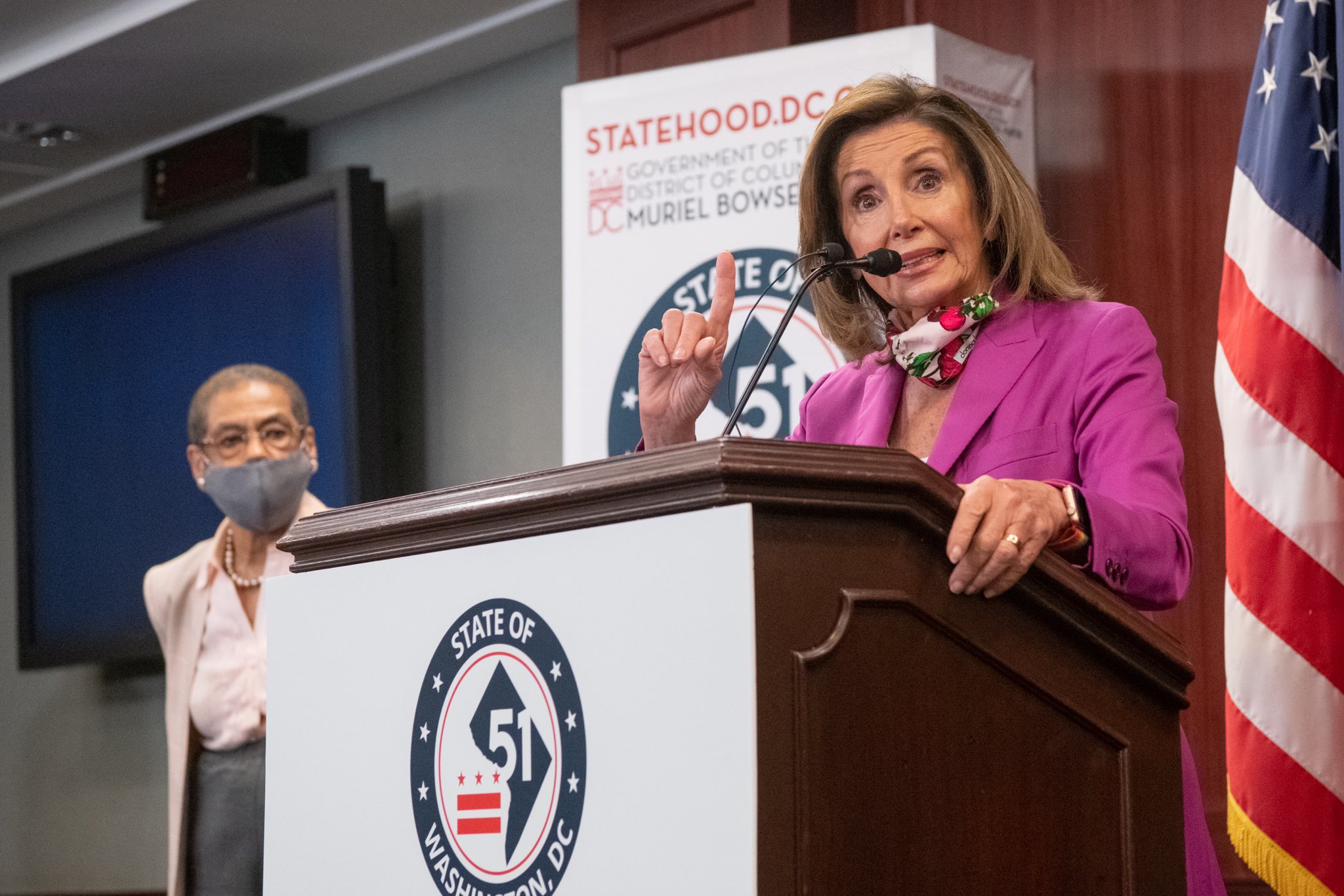 Fox News reports that House Democrats passed H.R. 51 a bill that wants to make Washington D.C. the 51st state of the United States of America.

Marisa Schultz reports, “The strictly party-line vote in the House was 216 to 208, with all Republicans rejecting the statehood bill, dubbed H.R. 51.”

The reason this is absolutely idiotic is because the District of Columbia is actually mandated in the U.S. Constitution to be governed by The Congress.

It goes on to state, “To exercise exclusive Legislation in all Cases whatsoever, over such District (not exceeding ten Miles square) as may, by Cession of particular States, and the Acceptance of Congress, become the Seat of the Government of the United States, and to exercise like Authority over all Places purchased by the Consent of the Legislature of the State in which the Same shall be, for the Erection of Forts, Magazines, Arsenals, dock-Yards, and other needful Buildings;” 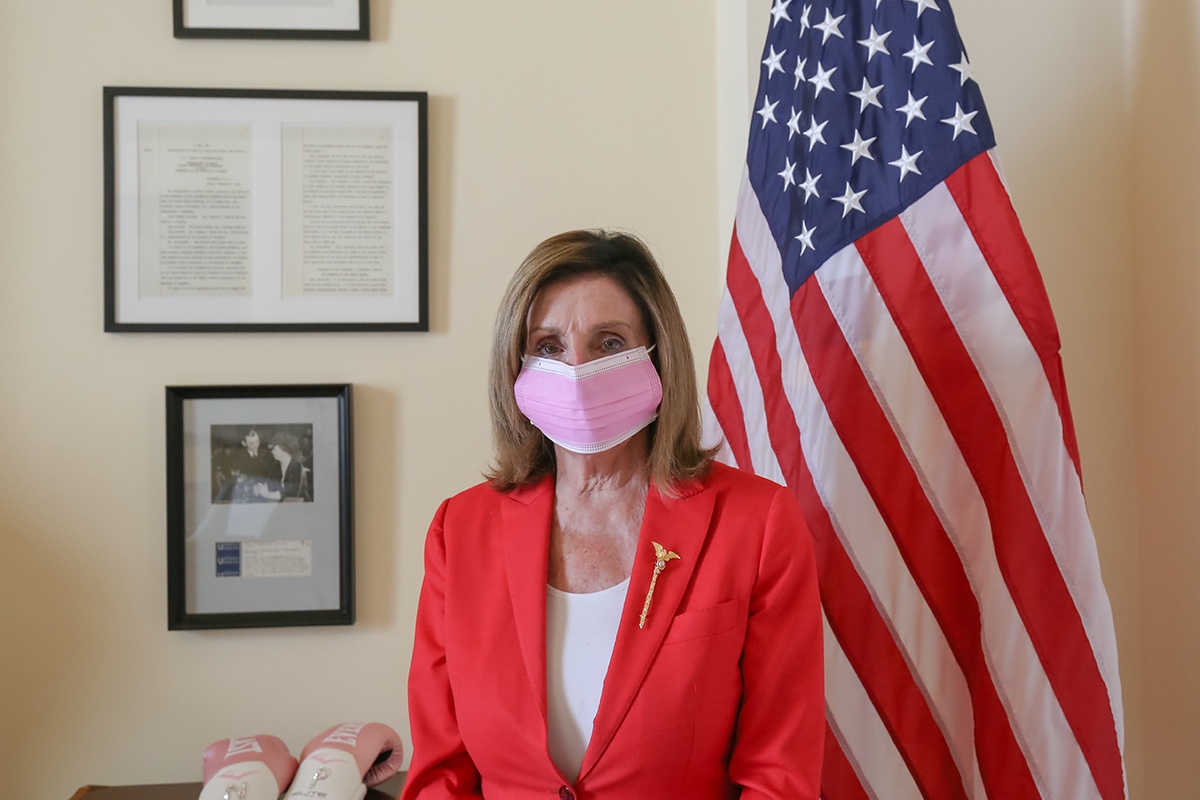 That means the braindead Democrats are trying to pass a bill that would require an amendment. Completely braindead.