A new rumor claims that Lucasfilm will be making changes to The Bad Batch after a number of Star Wars activists claimed the show and characters are racist.

Back on May 7th, Bounding Into Comics reported that Star Wars activists particularly those at Project Stardust and a Tumblr user named clonehub were demanding Lucasfilm “unWhiteWash The Bad Batch.”

Specifically clonehub claimed, “The Bad Batch has been whitewashed in two ways: through their visual and physical design, and through their voice actor.”

Clonehub made clear his issue with voice actor Dee Bradley Baker, who has been voicing clone troopers since The Clone Wars animated film.

The Tumblr user stated, “Dee Bradley Baker is a white man from Colorado who was chosen to play a group of men of color with an ethnically-tied dialectical accent.”

“If it still isn’t clear, Baker being white and doing this accent is equivalent to him being hired to play a Black character and then poorly attempting an African American Vernacular English accent (aka “blaccent”, ebonics, etc.). It’s racist,” he asserted.

The Tumblr user also claimed The Bad Batch characters’ skin tones are lighter and whiter than other clones. He claims this is racist.

In fact, he also has issues with how the characters are depicted. Specifically referring to Crosshair, he claimed, “Crosshair is the first person to express displeasure with regular clones. He goes out of his way to start fights he can’t finish. Optically, this looks like a white man picking on brown men specifically because he believes he is genetically superior to them. It’s fully racist.”

If you actually watch any of the episodes with The Bad Batch, you know this to be false as it does not align with the actual events of the show.

Nevertheless, Clonehub’s rallying cry was picked up by other Star Wars activists on Twitter.

One user wrote, “anyway its bad enough that they got a white american to do a frankly quite racist immitation of a māori actors voice to play the clones in animation without them straight up bleaching them, no way im possibly watching that shit #UnwhitewashTBB“ 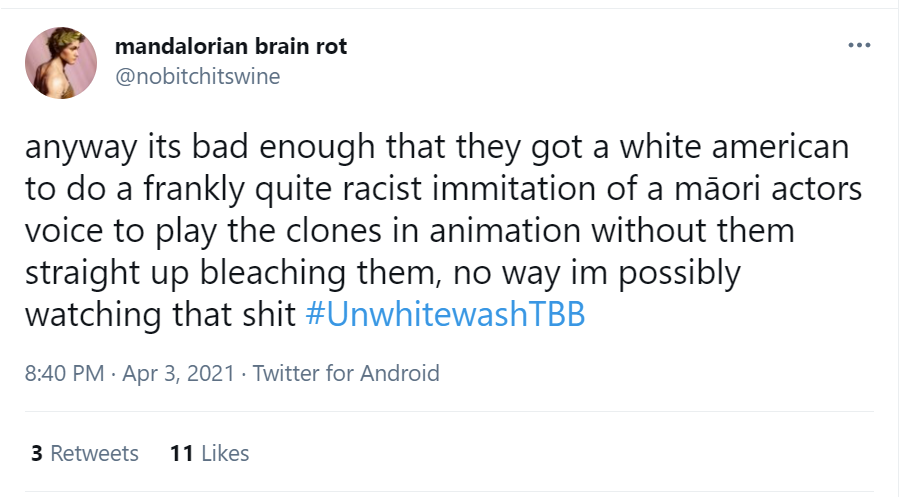 Another responded to the official The Bad Batch Twitter handle writing, “Does this explain how their designs and writing are racist or….? #unwhitewashtbb”

Still another called Star Wars: The Bad Batch and Lucasfilm racists. They wrote, “#unwhitewashtbb bc racist fans shouldn’t be who you cater to. Get the f*** off of my profile racists.” 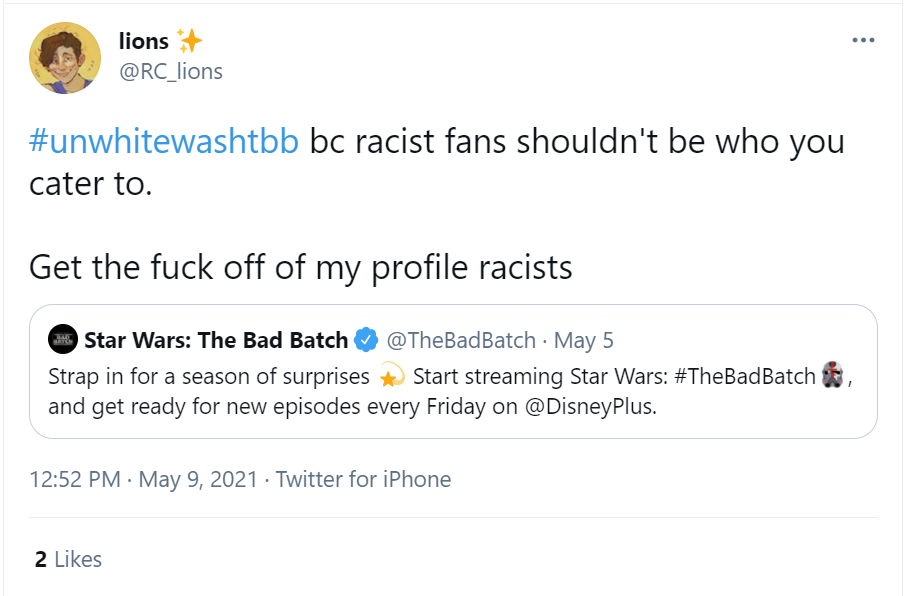 Twitter user Verpine95 tweeted, “hey #StarWars the bad batch (especially echo) are too white, i don’t care if there’s in lore reasons, they are too white and setting the bad batch up as better than the rest is racist, this shouldn’t be in star wars like this #unwhitewashtbb“ 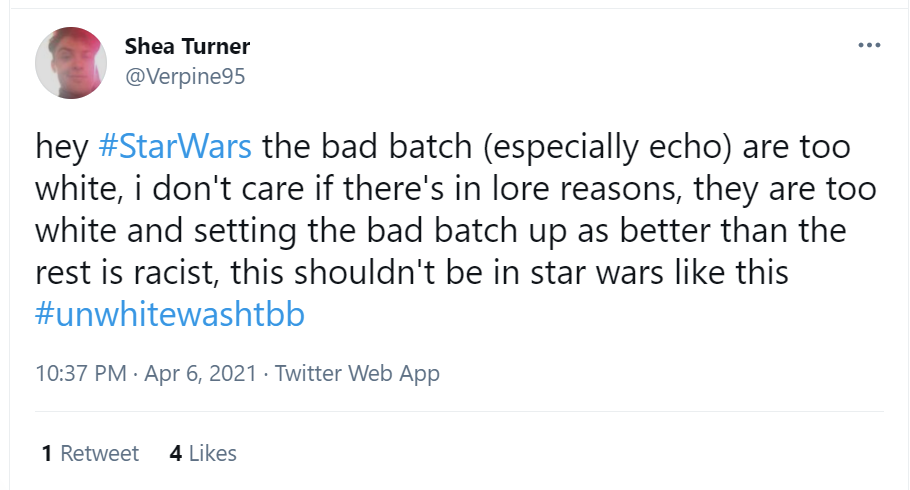 In response to these activists a new rumor claims that Lucasfilm has made changes to their production in order to cater to them.

Io9 reports, “A source familiar with production of The Bad Batch told io9 that in in the run-up to its premiere this week, changes to the lighting tools utilized by the animation team were made to moderate their effects in the premiere episode’s starkly-lit primary settings.”

They added, “Such tweaks will also be made in future episodes of the series.”

What do you make of this rumor? Do you think Lucasfilm is making changes in response to these activists?