Video game website IGN has posted a statement clarifying their previous post that implied support for Palestine in the ongoing Israel-Palestine conflict.

The post also encouraged their readers to donate to a number of charities and organizations. 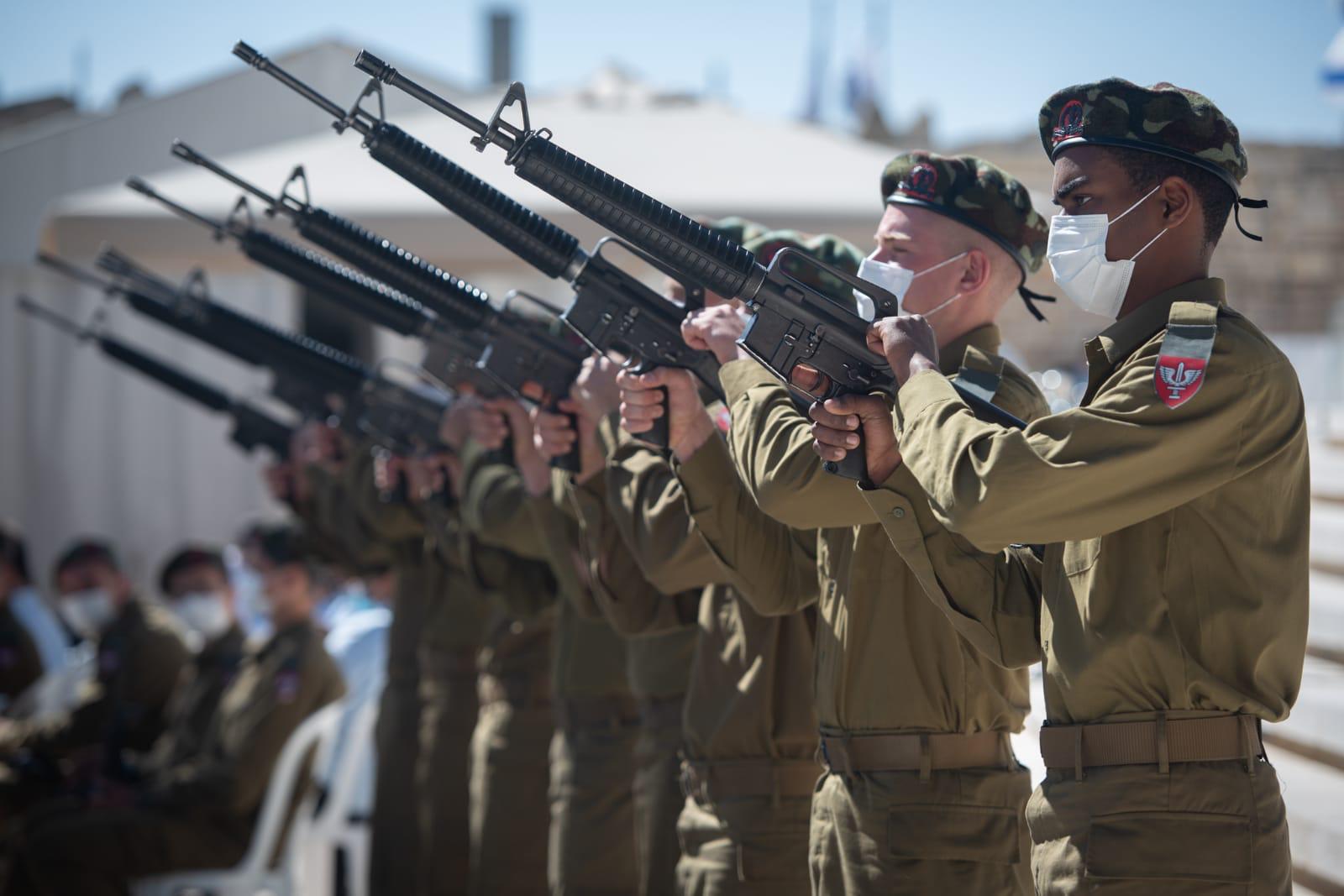 IGN posted to the company’s main website a post by IGN staff on May 14, 2021 where it appeared the company had taken sides in the conflict, choosing Palestine over Israel.

A screenshot of the post shared to Twitter by LunarArchivist, seen below, shows a Palestinian flag next to the IGN name and logo.

The post itself was titled “How to Help Palestine.” It read, “Palestinian civilians are currently suffering in great numbers in Jerusalem, Gaza, and West Bank, due to active Israel-Palestine conflict.”

It continued, “The NYTimes reported that most of the deaths so far have occurred in Gaza. Below are charities and organization on the ground in those areas where you can donate funds to help those most in need. We will continue to update this article with other ways you can help.”

It then listed out a number of charities. 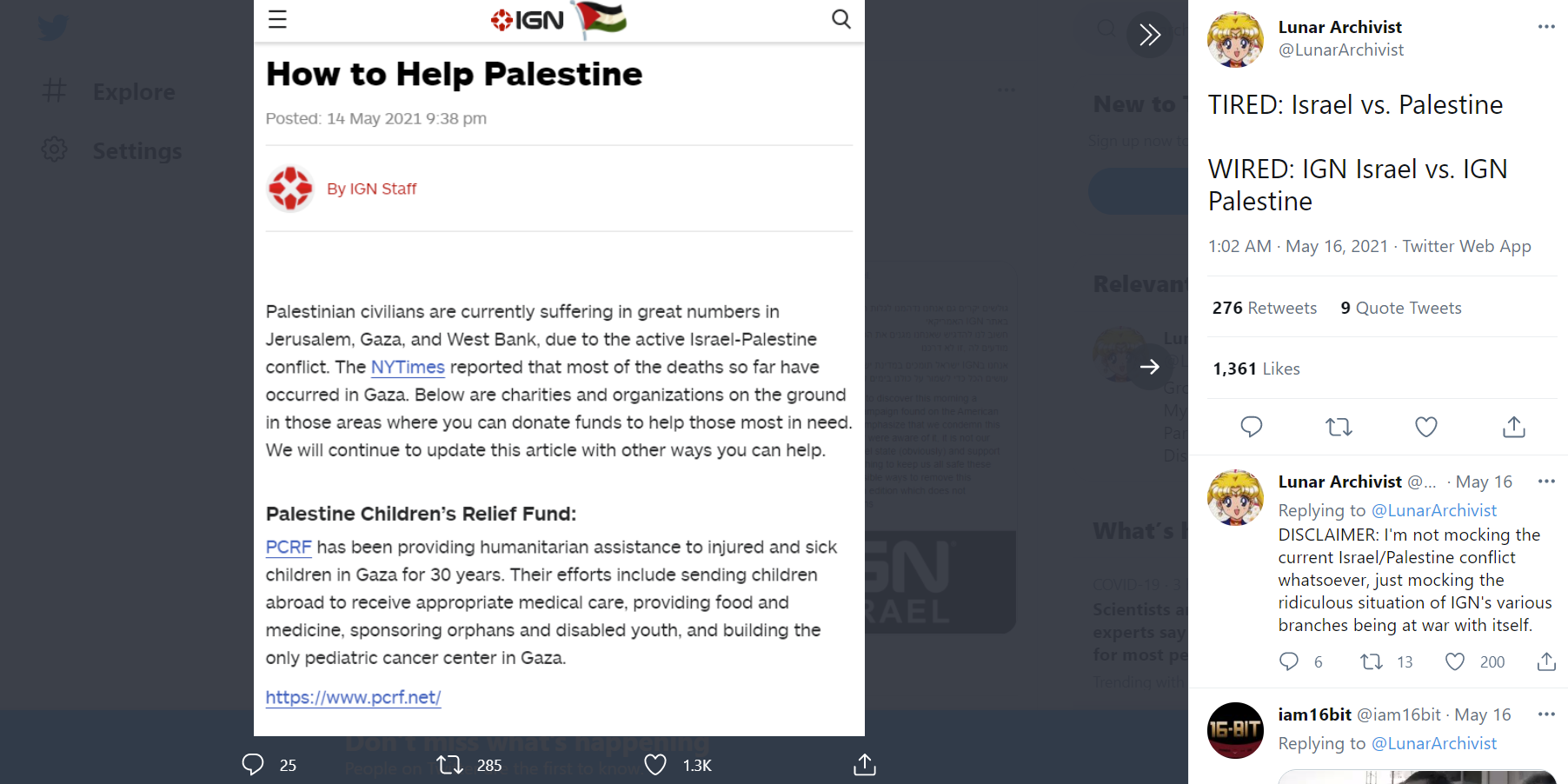 A translation of their post reads, “Dear netizens, we were also amazed to discover this morning a misleading and confusing donation campaign found on the American IGN website. It is important for us to emphasize that we condemn this action and we did not take part in it or were aware of it, it is not our way.”

“We at IGN Israel support the israel state (obviously) and support the IDF soldiers who are doing everything to keep us all safe these tough days. We are working in all possible ways to remove this misleading content from the American edition which does not represent the views of any IGN editions,” it concluded.

You can see a screenshot shared to Twitter by Lunar Archivist below. 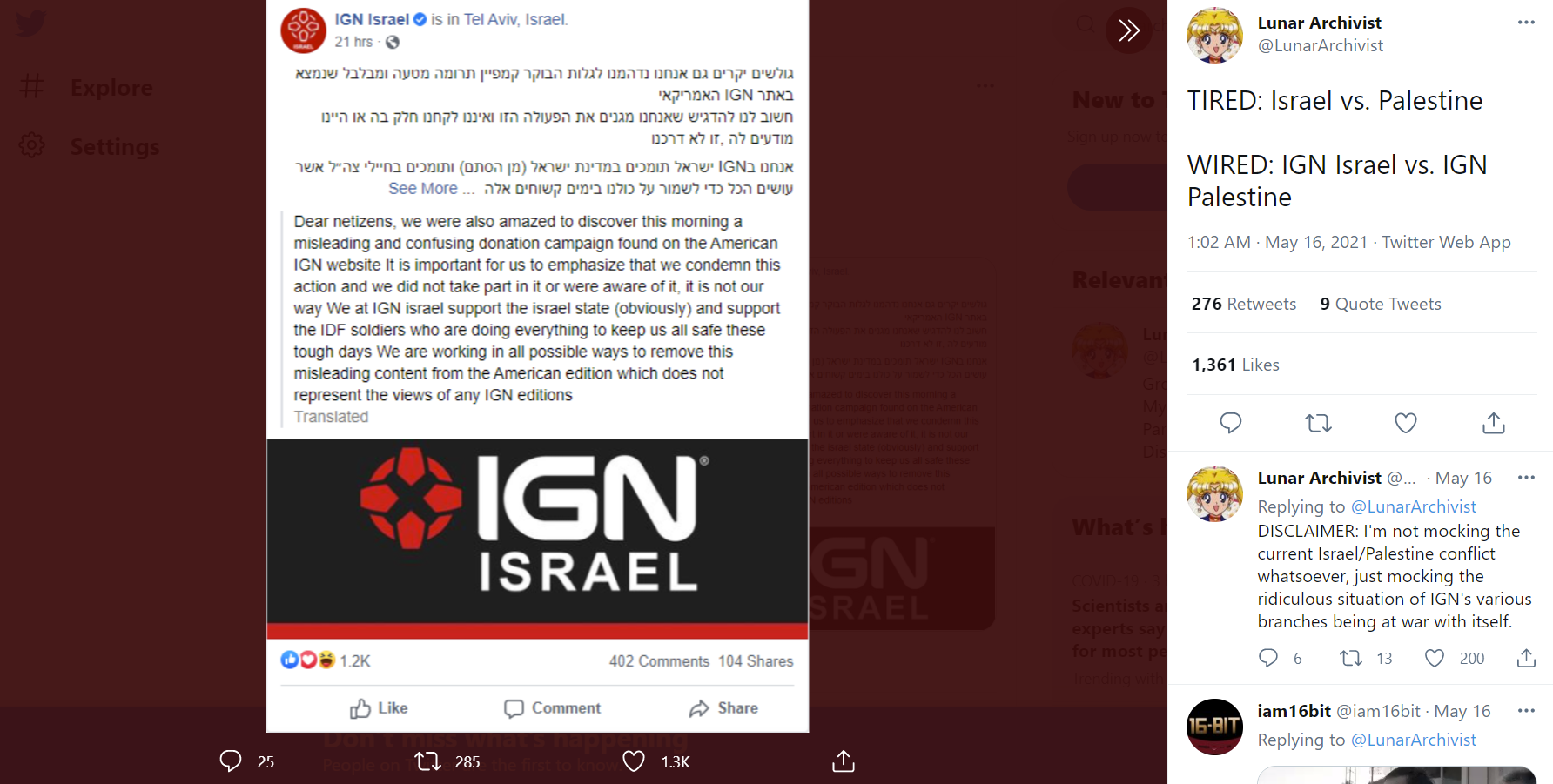 The statement reads, “Across IGN, our hearts are heavy as we follow the events in Israel, Palestine and across the region. Our first thought is always for the broader IGN community – our employees, readers, and partners – and our hopes for their safety and well-being.”

It continues, “We have a track record of supporting humanitarian efforts and charities across the globe. In this instance of our recent post regarding how to help civilians in the Israel-Palestinian Conflict, our philanthropic instincts to help those in need was not in-line with our intent of trying to show support for all people impacted by tragic events. By highlighting only one population, the post mistakenly left the impression that we were politically aligned with one side. That was not our intention and we sincerely regret the error.”

“We do not intend to continue to use our platforms and resources to aid those civilian lives impacted across the entire area. As part of this effort, we have made a donation of $25,000 to Save The Children, an organization that works to support children everywhere and provides emergency aid in natural disasters, war and other conflicts,” IGN added.

The post concludes, “Thank you for your support and for always engaging with us. Our community is a huge part of what makes IGN special. We will continue to follow global events and look for ways to lend our support in productive, helpful ways.” 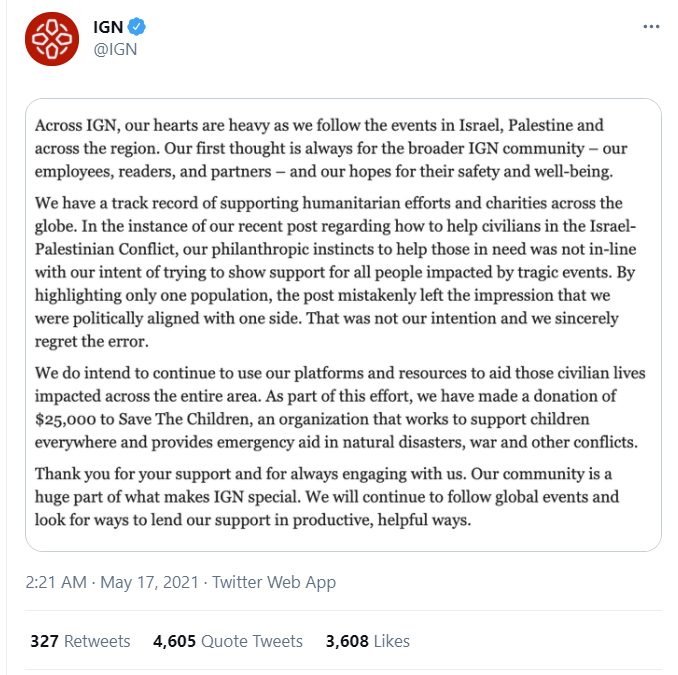 What do you make of IGN’s clarification of their previous support for Palestine?