Just when we thought we’d seen everything Adam Wingard and Godzilla vs. Kong had to show regarding the Hollow Earth, newly released storyboards of unused sequences have now given us a further look into Kong’s journey through the habitat.

Related: Adam Wingard Reveals How He Got Around Toho’s Strict Rules In Order To Include Godzilla’s ‘Evil Laugh’ in Godzilla vs. Kong

Shared on Twitter by Kaiju News Outlet, the storyboards were produced by professional movie illustrator Richard Bennett, whose previous work as a storyboard artist includes Godzilla: King of the Monsters, Avengers: Endgame, and WandaVision.

In one sequence following Kong as he leaps and swings across great distances after entering the Hollow Earth, the would-be King discovers that the trees have the same capabilities as a catapult and proceeds to take advantage of this property to slingshot himself into a field of floating stones. 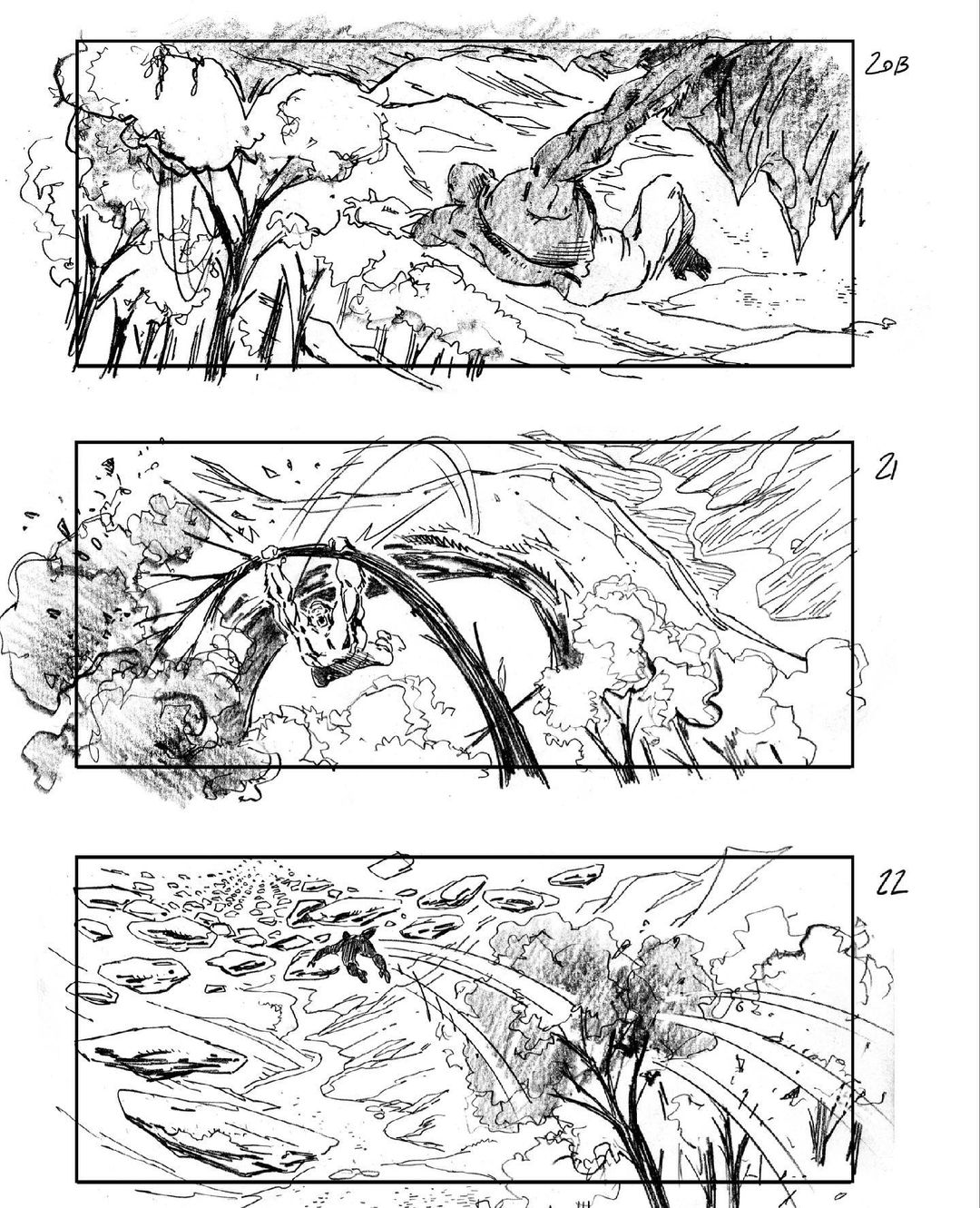 Grabbing one of the rocks, the Eighth Wonder from Skull Island then does his best Spider-Man impression and swings from rock to rock as if they were tree branches. 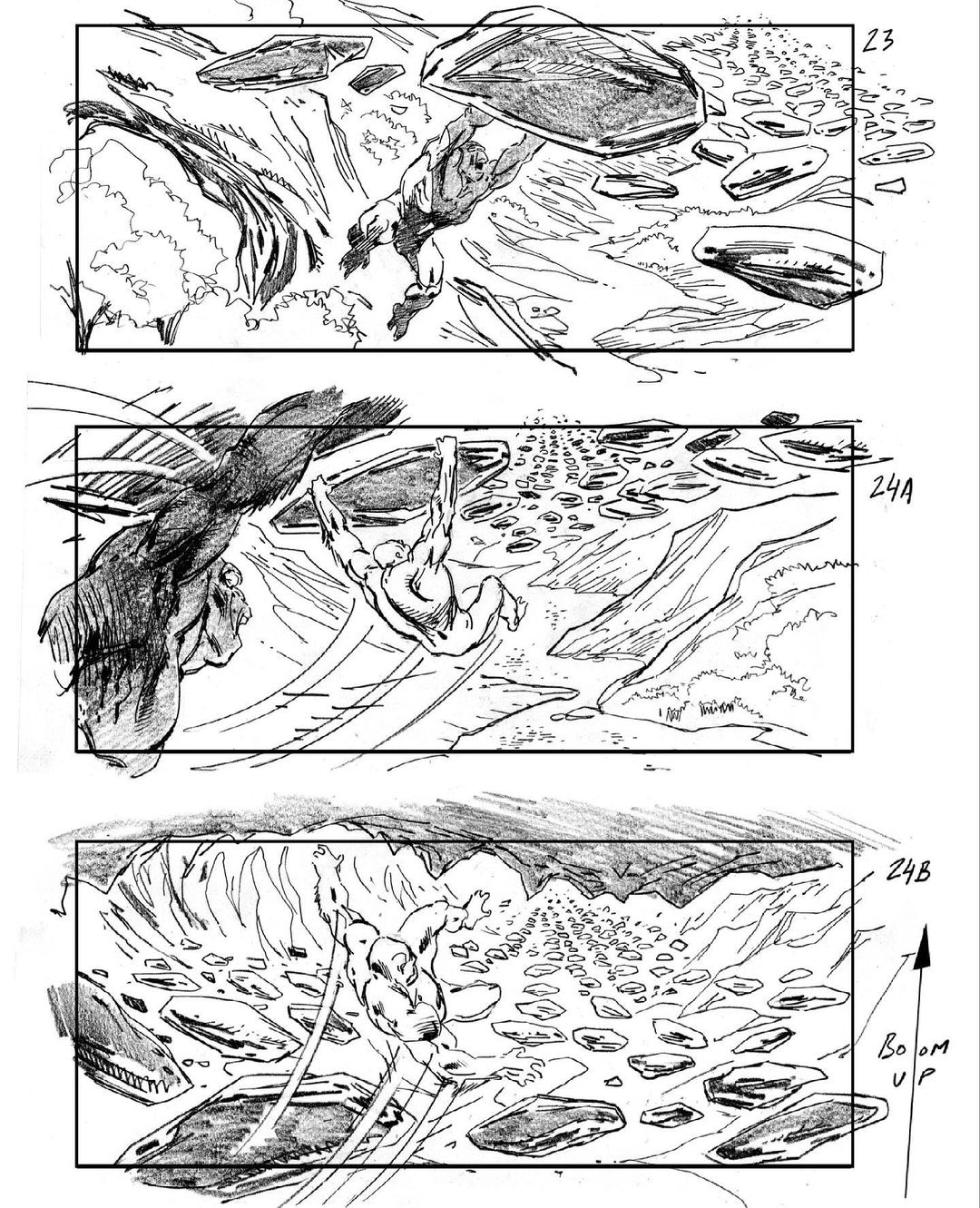 As seen in the next few illustrated shots, Kong then manages to swing above the field and hop uneasily on the rocks, taking a page out of the Super Mario strategy guide to add to his repertoire. 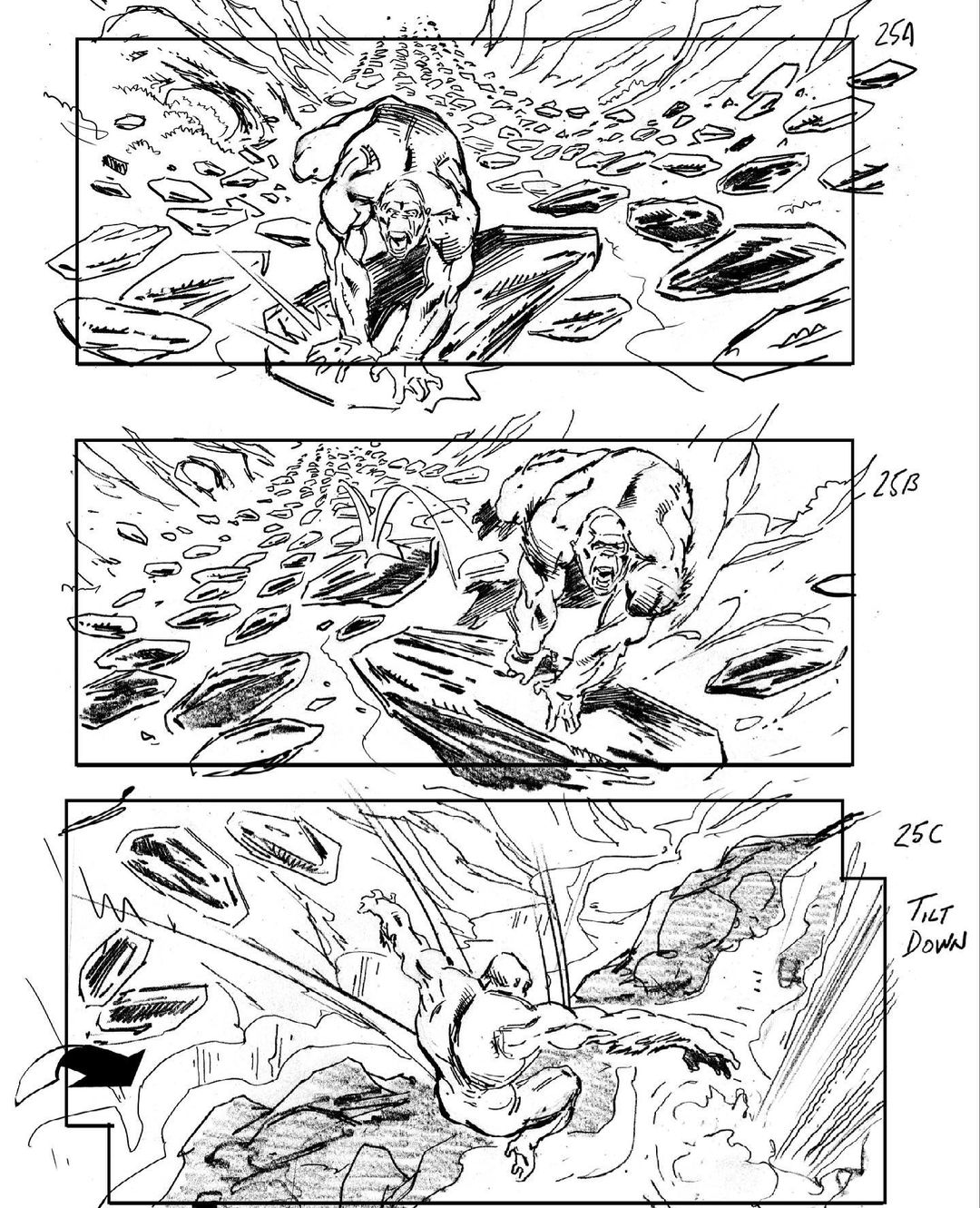 Finally, when Kong jumps to solid ground, he sticks the landing by pounding his chest and roaring for all the Hollow Earth to hear in an assertion of his dominance. 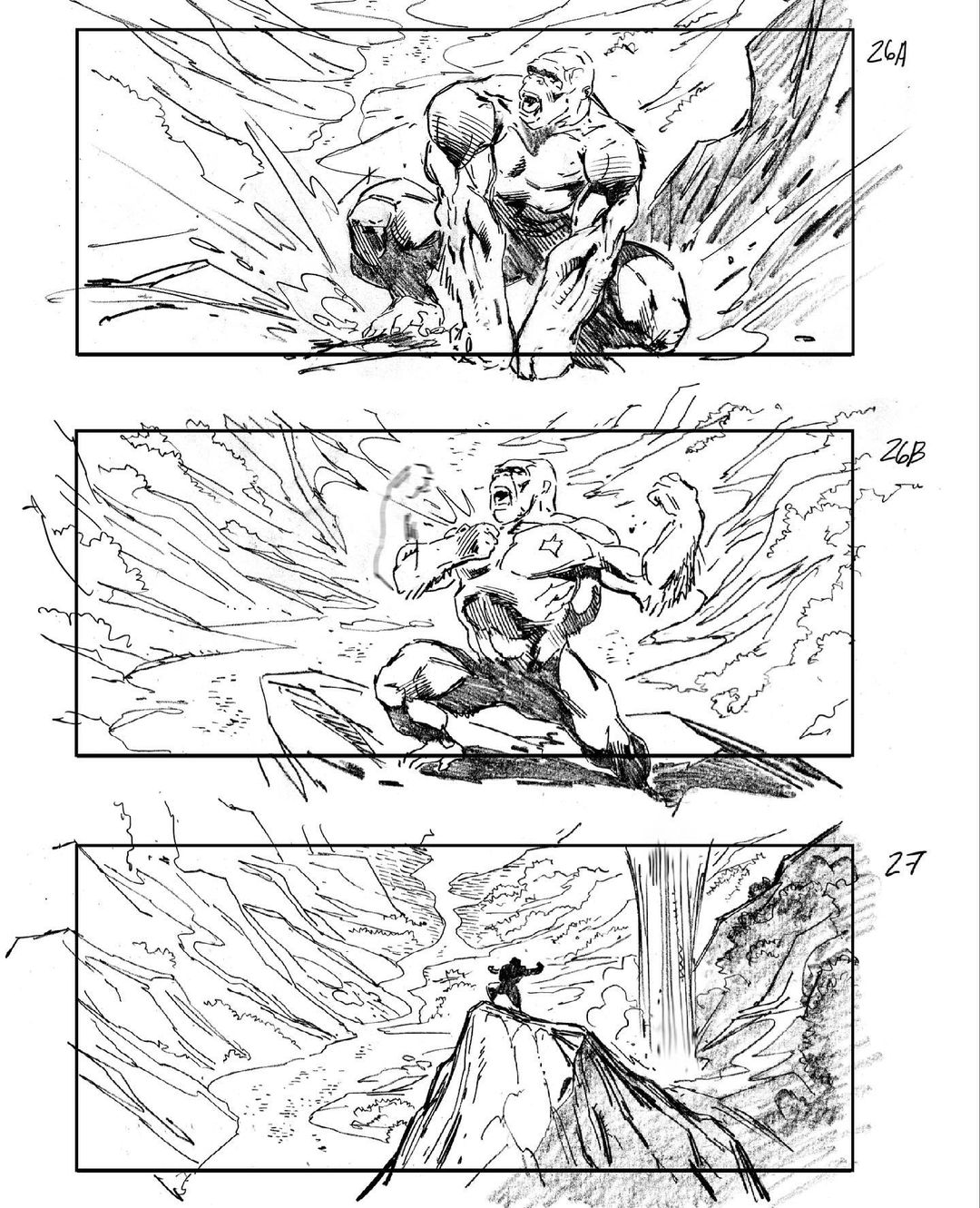 Obviously, not every detail of this sequence made it to screen. However, elements were adapted for both Kong’s first on-screen exploration of the Hollow Earth and the ending of GVK, the latter of which saw him and Monarch officially christen the vast uncharted environment as his home.

Admittedly, Godzilla vs. Kong isn’t lacking in scene-stealing moments featuring the giant ape, but it would’ve been excellent to see more of his quickness and agility on display.

As far as the artist, Richard Bennett’s roots are in comic books, having worked as an artist for both Marvel and WildStorm. Thus, it comes as no surprise that his stunning storyboard illustrations feel like a natural fit for an appearance in graphic novel form.

He may find time one day to go back to freelancing for Marvel or DC and achieve that in some form, but currently, he’s very busy in Hollywood.

According to Bennett’s IMDb page, he is working as a storyboard artist for many upcoming DC and Marvel projects – including The Flash, Black Adam, Spider-Man: No Way Home, and Disney Plus’s She-Hulk streaming series.

Are you sad or surprised to find that there were some pieces of Kong’s adventures in Hollow Earth left on the table? Tell us your thoughts, as well as your opinion of Bennett’s storyboards, down below.