When Ali was announced as the writer for Ms. Marvel back in August 2019, she immediately deleted 5,000 tweets and privated a number of her social media accounts.

However, Bounding Into Comics discovered that on her Facebook page, where she used the pseudonym Bee Kanval, she posted a number of heinous and radical comments.

In one she wrote, “I believe women can burn s*** to the ground and rebuild it into the anti capitalist utopia of science and art and compassion I (think) we’re all striving for.”

In another she asked, “Can we do internet conscription for men? You gotta enlist, buddy up with 1 troll each and teach them to keep their vile threats to themselves?”

Nevertheless, Netflix is teaming up with Ali and Sky in order to “make shows that reflect the world in which we live and develop a more inclusive pipeline of creatives across all production roles, providing those from all backgrounds reason to aspire.”

Netflix claims, “True diversity in our industry is all about who gets to tell the stories. Who has agency in decision-making? We need more diversity among those who commission stories; we need directors who can shape our understanding through a combination of lived experience and creative vision; we need screenwriters who can create multidimensional characters that transcend  stereotypes.” 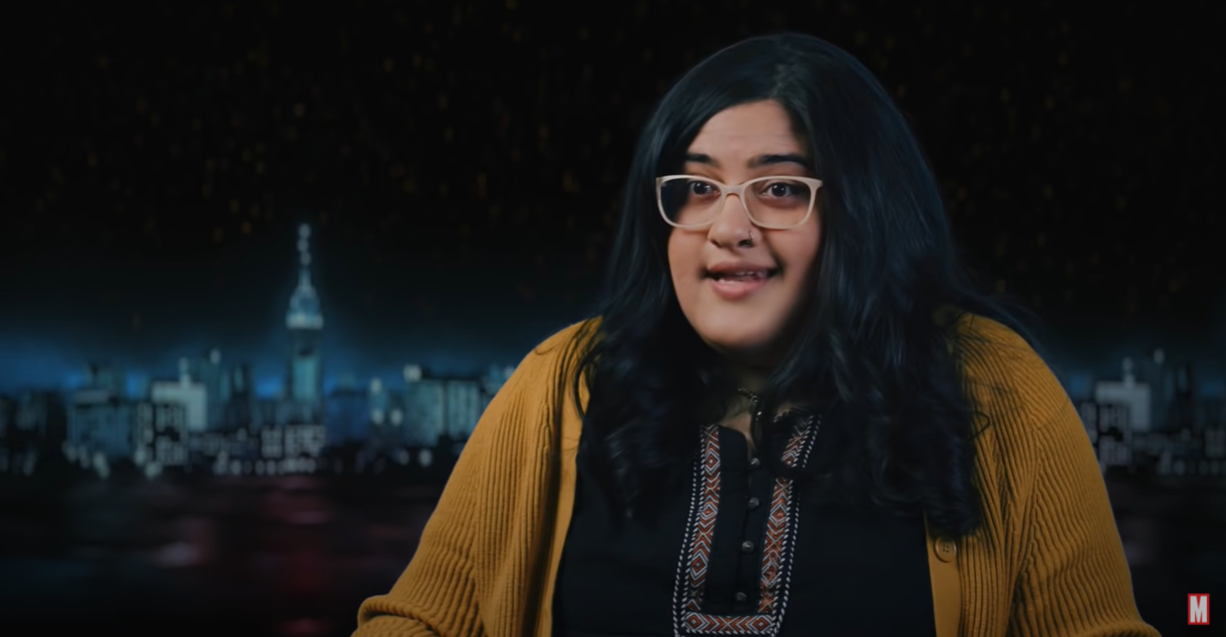 To that end they have created a “year-long screenwriters fellowship for six outstanding writers.”

This program will include “first-hand experience inside the writers room of a Netflix or Sky-commissioned series, ongoing mentorship support from a member of the Netflix or Sky commissioning teams once the programme ends, the opportunity to develop a shadow script alongside the writers and producers on set, [and] a full bursary paid for the duration of the fellowship.”

Netflix’s Anne Mensah revealed on Twitter that the bursary is £22k and that the deadline for applications is June 18th, 2021. 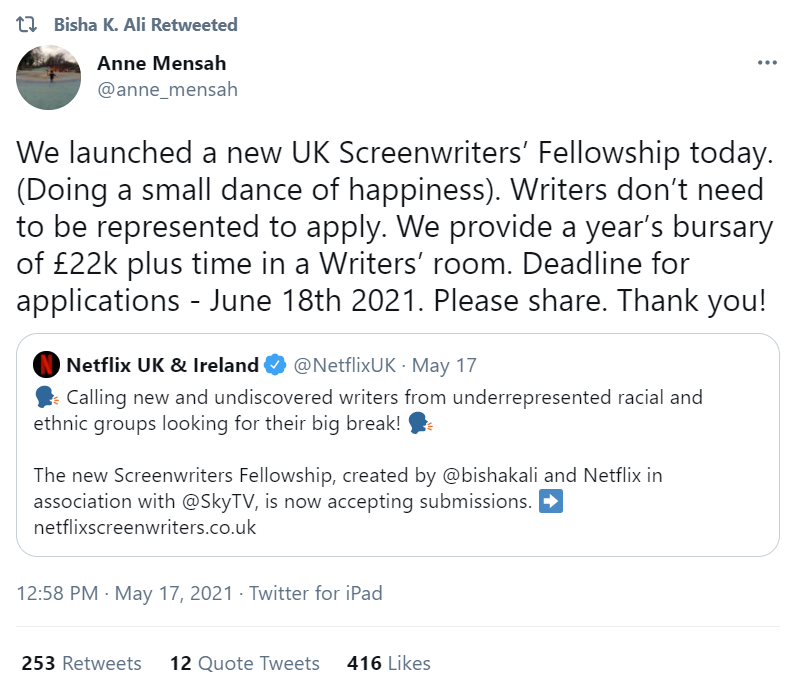 Netflix specifically states, “We want to give an opportunity to those from Black, Asian and other racial and ethnic backgrounds currently underrepresented in the film and television industry.”

Ali would echo that on Twitter. She wrote, “This year the Fellowship seeks applications from UK writers who are Black, Asian and/or from other ethnic and racial backgrounds that are under-represented in High End TV & Film.” 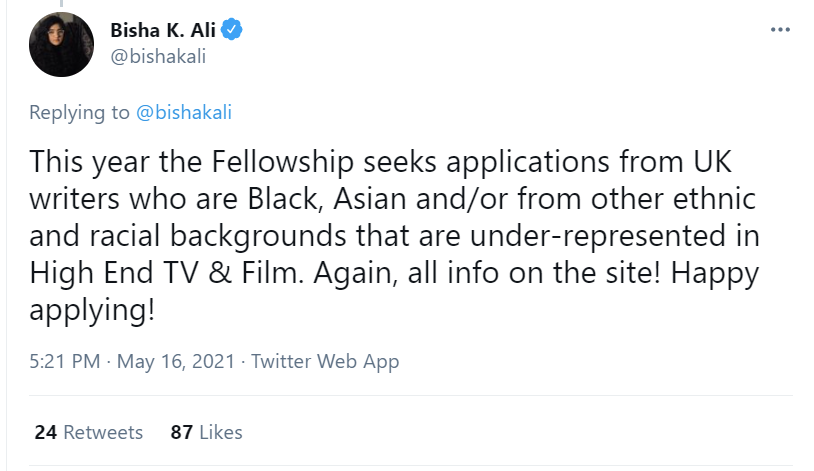 What do you make of Netflix and Sky working with Bisha K. Ali for this fellowship that is only for black, Asian, and others of ethnic and racial backgrounds that are “under-represented?”