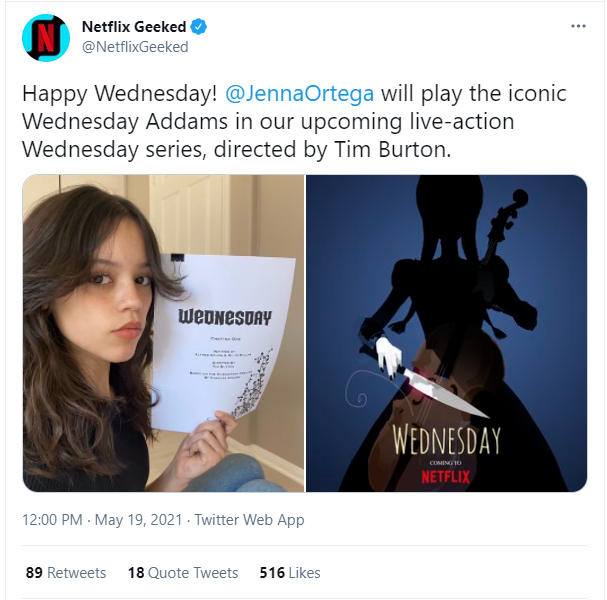 Ortega is no stranger to Netflix. She provided her voice talents to Brooklynn in Jurassic World: Camp Cretaceous. She also played Phoebe in The Babysitter: Killer Queen and Ellie in You.

Her other credits include Princess Isabel in Elena of Avalor, a young Jane in Jane the Virgin, Harley Diaz in Stuck in the Middle, and Darcy in Richie Rich.

She will be appearing in the upcoming Scream film as Tara Carpenter and the upcoming film X from writer and director Ti West.

The Wednesday series was announced back in February by Netflix’s Director of YA/Family series Teddy Biaselli.

In that announcement Biaselli described the series as “live-action coming-of-age comedy.”

He went on to detail that the show “will see everyone’s favorite maiden of the macabre graduate into a full fledged leading lady.” 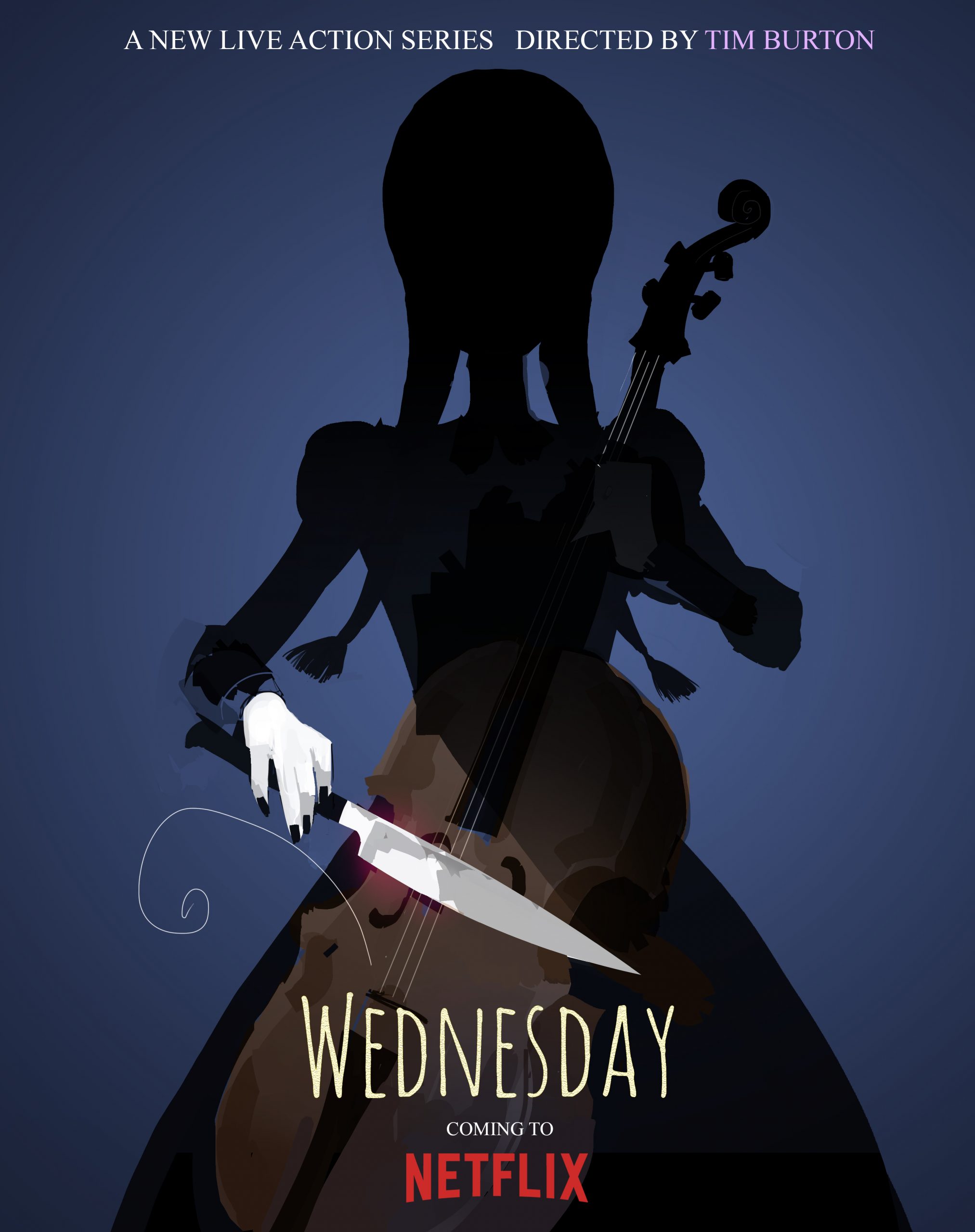 Biaselli would also describe the show as a “sleuthing, supernaturally infused mystery charting Wednesday’s years as a student at the peculiar Nevermore Academy.”

He added, “Wednesday attempts to master her emerging psychic ability, thwart a monstrous killing spree that has terrorized the local town, and solve the supernatural mystery that embroiled her parents 25 years ago – all while navigating her new and very tangled relationships of the strange and diverse student body. ”

The series will be helmed by Al Gough and Miles Millar with Burton making his television directorial debut. Other members of the production team include Andrew Mittman, Kevin Miserocchi, Kayla Alpert, Jonathan Glickman, and Gail Berman.

Biaselli promised, “As Wednesday stans, my team and I feel an inherent responsibility to get this truly one-of-a-kind character right for both old fans and new. We’re confident this talented group will do her justice as she prepares for the dreaded underworld known as adulthood.”

The first season will be eight episodes.