The world has officially lost one of its most talented creatives, as Berserk mangaka Kentaro Miura has passed away at 54 years of age. 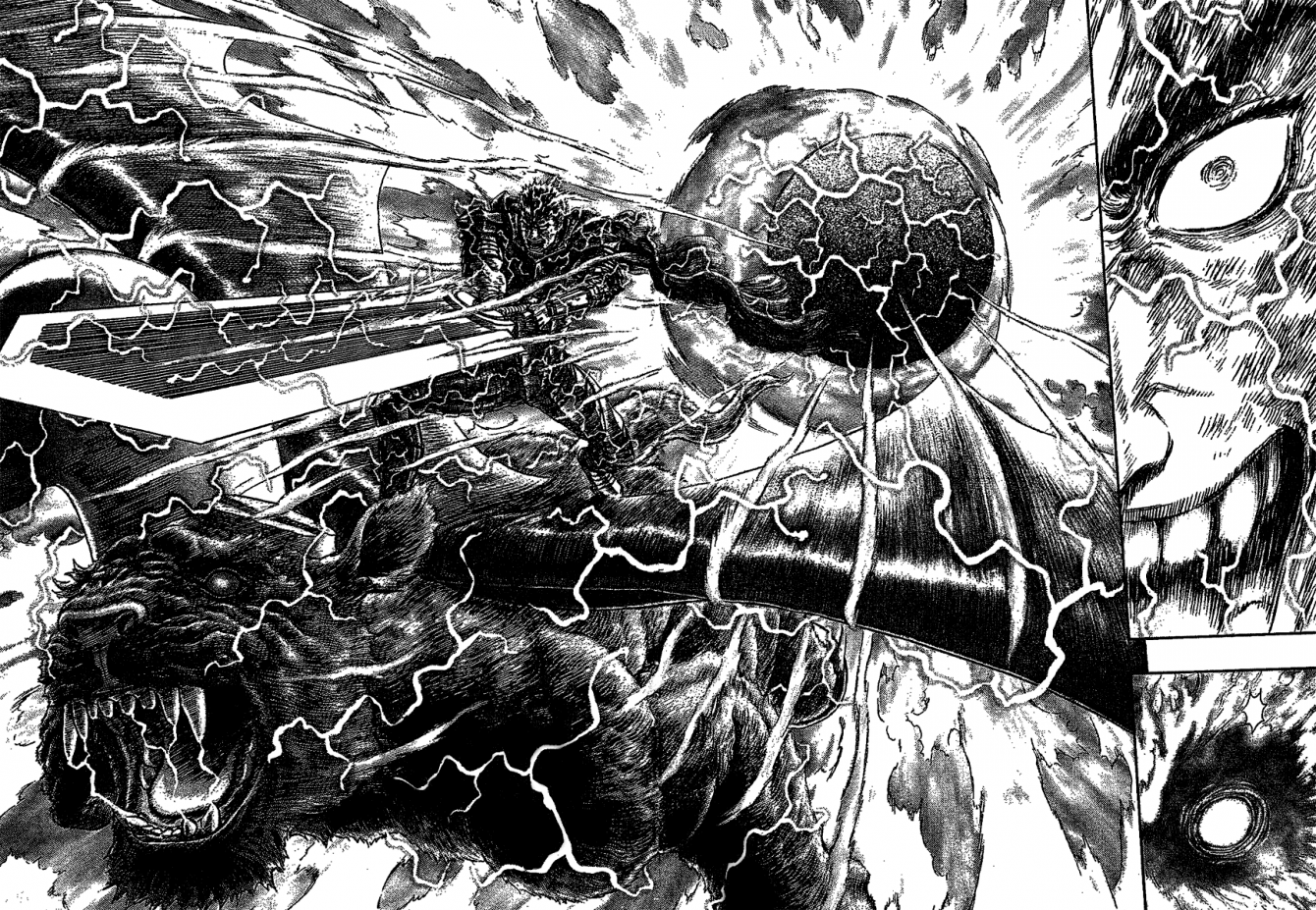 The heartbreaking news was first broken on May 19th by the editorial department of Young Animal, the manga magazine in which Berserk is published, who posted a statement to the official Berserk Twitter account announcing that Miura had “passed away on May 6, 2021 due to acute aortic dissection.”

“We would like to express our utmost respect and gratitude to Dr. Miura’s painting work and pray for his soul,” the statement concluded. 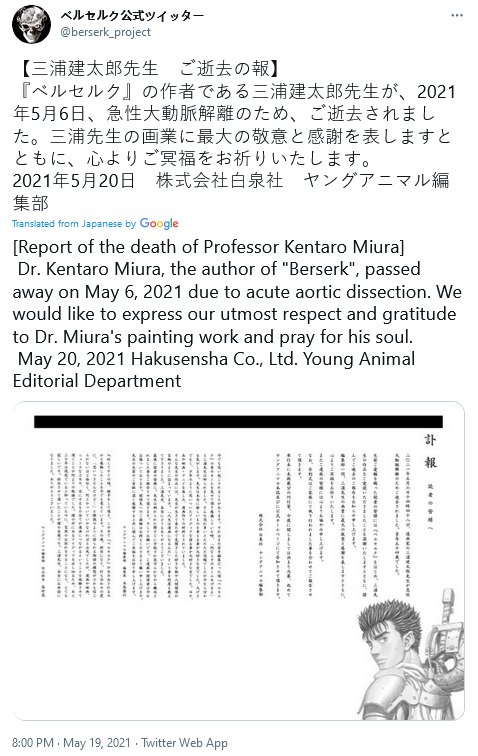 Miura’s manga career began at the young age of 10-years-old when the fledgling artist created his first series, Miuranger, for his grade school classmates.

At age 18, he would find himself working as assistant to mangaka Jyoji Morikawa, though he was quickly dismissed after the Hajime No Ippo creator informed Miura that there was nothing he could teach him that the young creator didn’t already know. 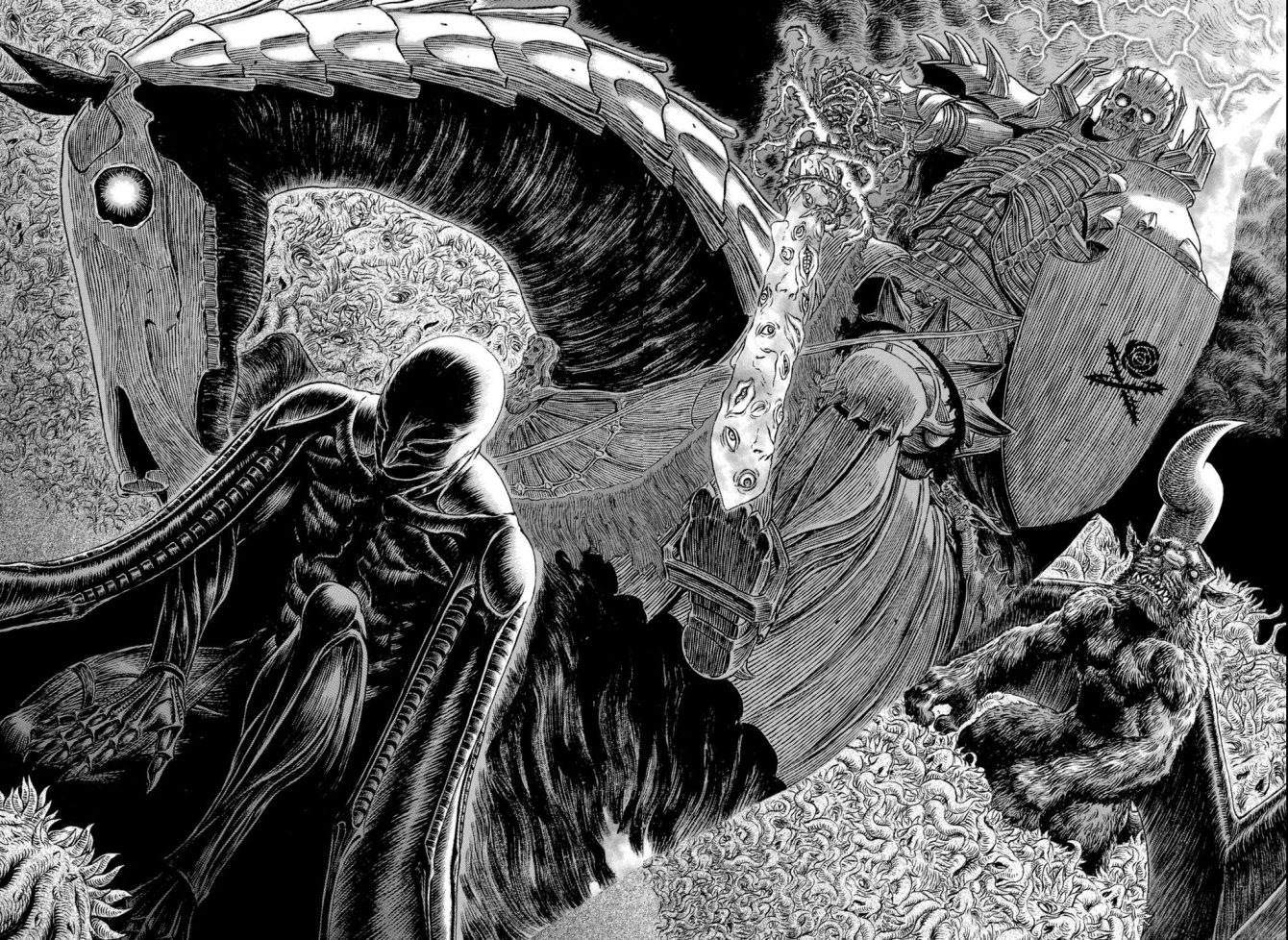 Roughly five years later, Berserk would begin serialization in the October 1989 edition of Hakusensha’s Young Animal magazine (then named Monthly Animal House), where it would remain throughout the entirety of its currently 363 chapter-long run.

With Miura’s untimely death, Berserk remains unfinished, its last chapter having ended on the sudden reappearance of the Moonlight Boy following his previous disappearance into the night sky. 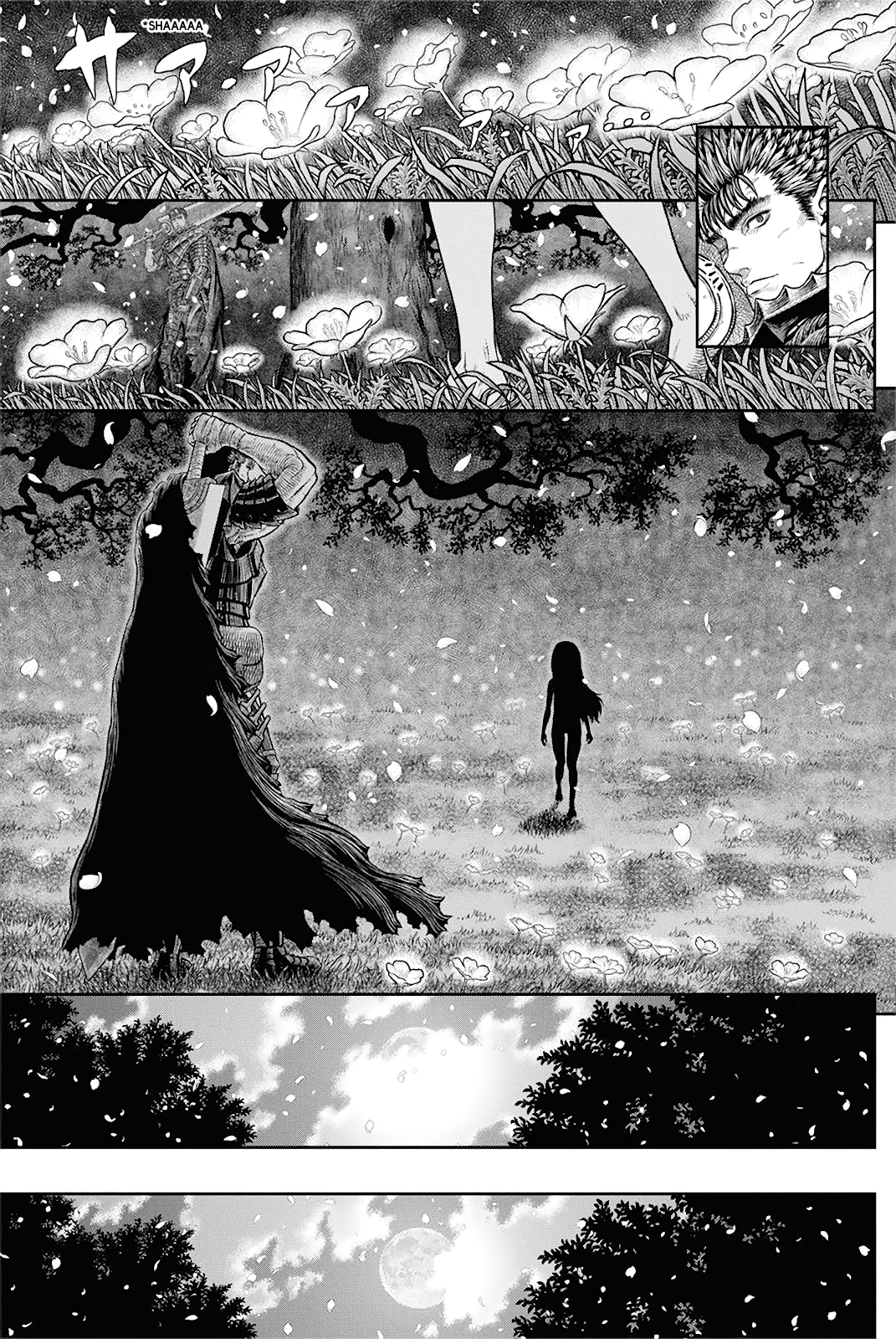 The series has also received a number of video game, anime, and film adaptations, most notably the 1997 Berserk anime series, which to this day remains a favorite among both fans of the manga and anime fans in general.

Here’s to Miura, one of the most objectively talented mangakas of all time. Words cannot truly express how painful your passing has been, and will continue to be, for so many manga and anime fans across the world.

Thank you for everything.