Arkhaven Comics offers a better variety of comics than any other publisher. New superheroes, long lost classics, dark fantasy from the distant past, dark fantasy from a frightening present, intriguing speculative science fiction, thrilling conspiracy adventures, young adult drama, plus some things that must be described as “different.”  But trust me, different in this case is another word for “great.” 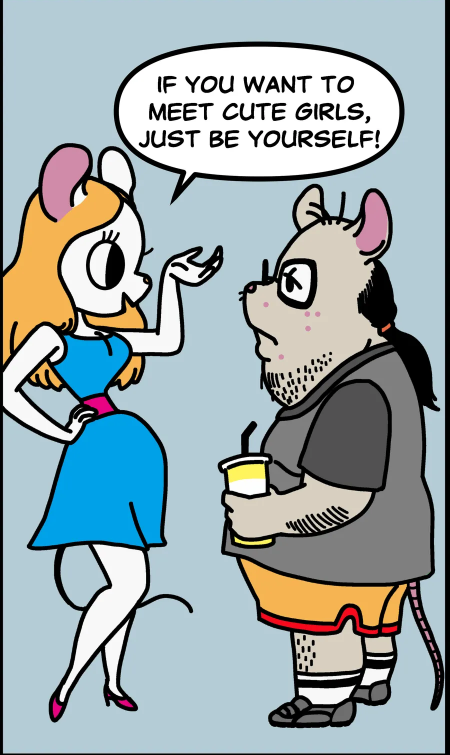 Meet Hypergamouse.  She is trying to coach a friend on, (what is for him) the impenetrable mysteries of the female mind.  I’ll say this for Hypergamouse, she isn’t afraid of a challenge.

That said, she should have considered some fundamental limiters when advising her friend to “just be himself.” 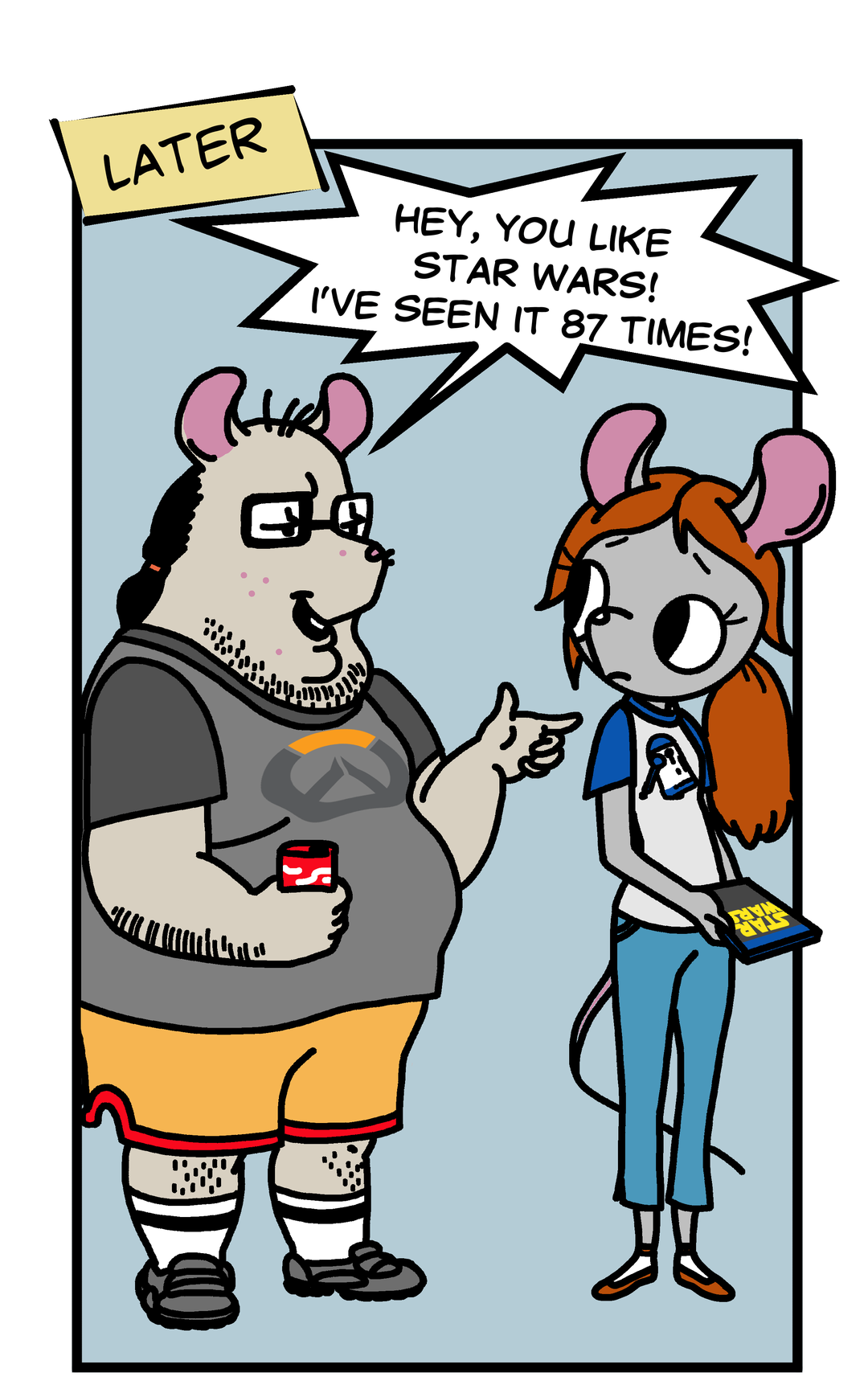 Yeah, it works as well as you think it did. 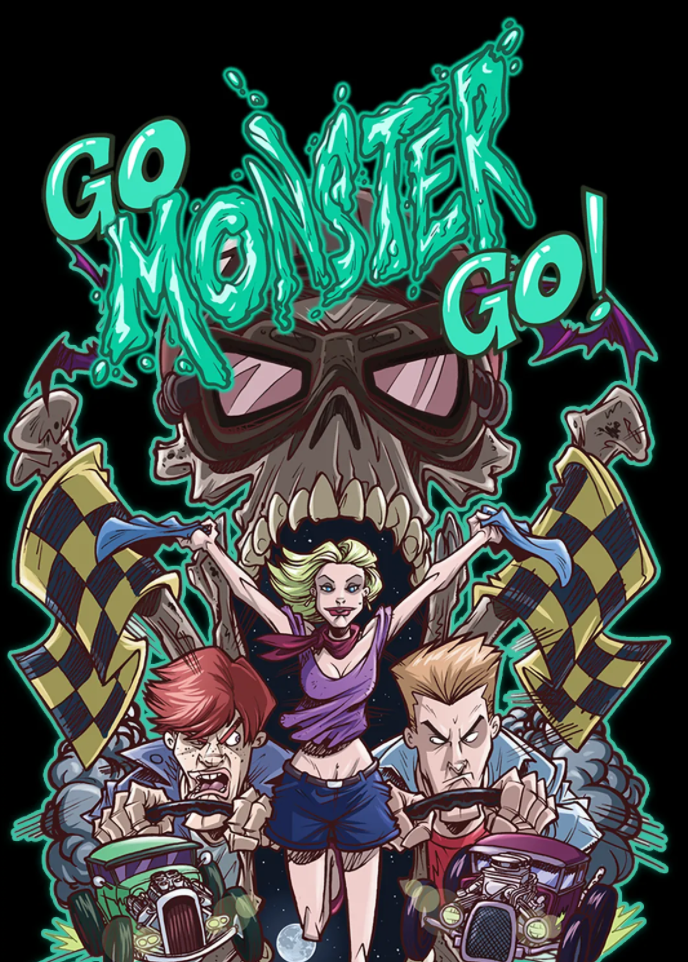 Drag racing culture of the 1950s was a byproduct of World War II. In the thirties buying a new car wasn’t possible for a lot of people. Then Detroit had spent five years building tanks, not cars, so buying new wasn’t possible, at all. 1950s prosperity finally brought new automobiles for the masses. Which meant everyone was dumping their old wrecks for pennies. On top of that Army surplus, high-performance engines were available on the cheap. And in the 1950s you didn’t need a doctorate in computer science to put the two together. 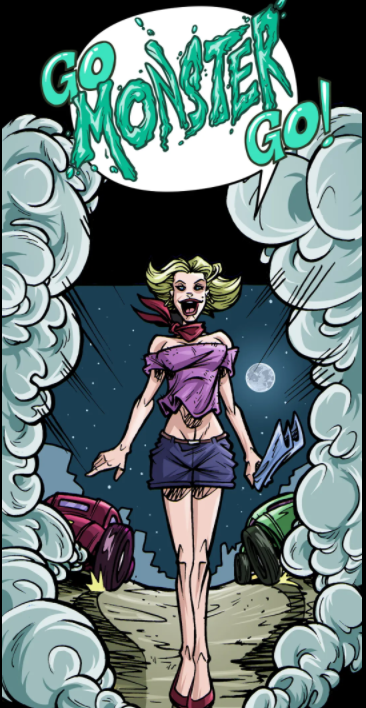 So, not the “sport of kings.” The Dragsters were blue-collar heroes. Working-class kids who spent the money from their part-time jobs making their rides the fastest thing there ever had been. Taking their machines to the absolute limit of breakneck speed. Illegally testing themselves against each other on the dry lake beds of the Mojave Desert.

But each new culture comes with new legends. Stories that bring with them that delightful tingle of primal fear.  Men had died in those illegal races. But if you spent your life trying to break barriers, why would you let the barrier of death stop you? 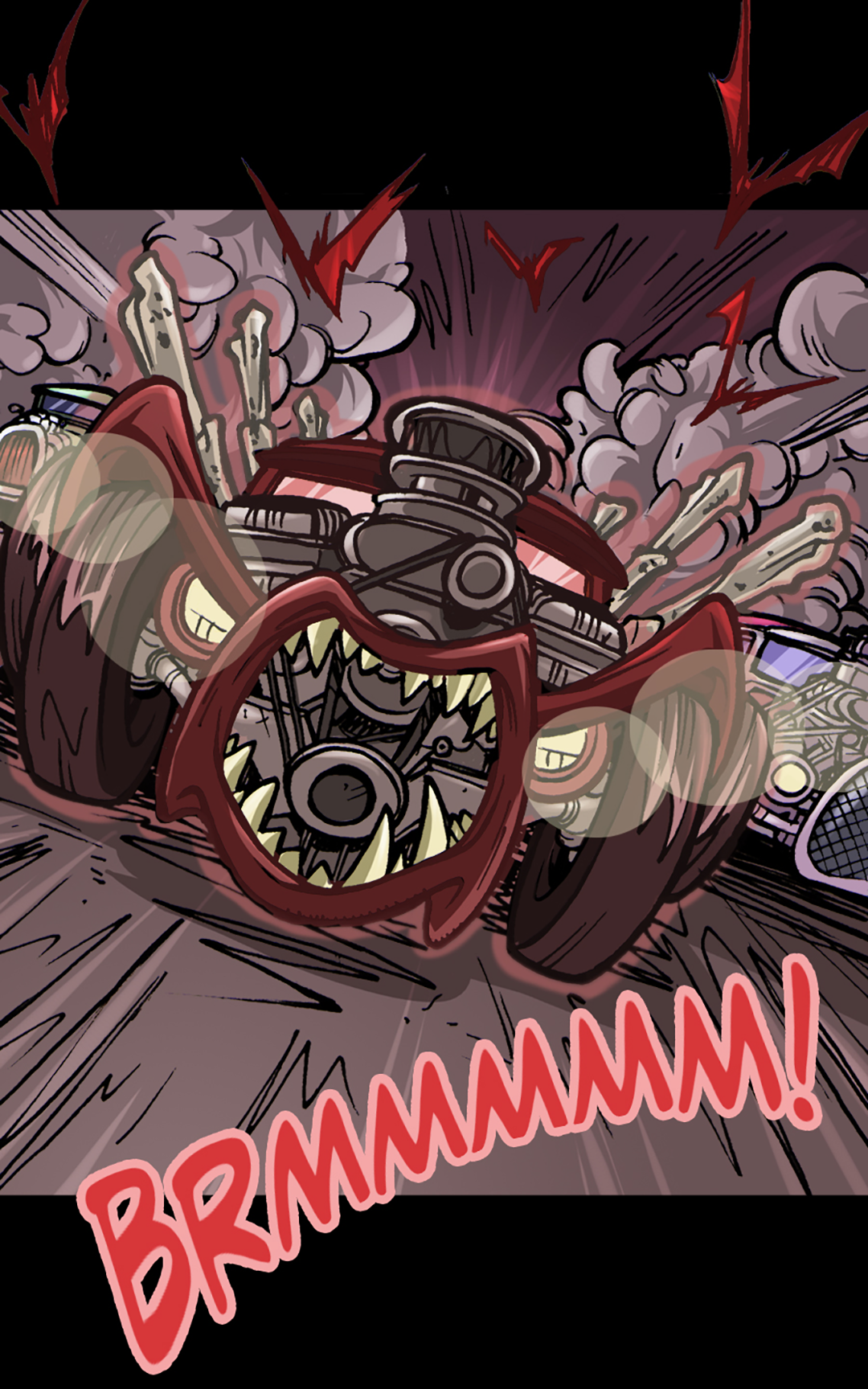 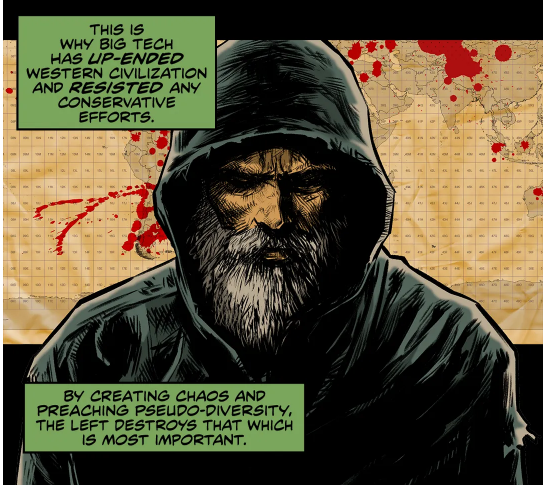 Brazilian powerhouse, Luciano Cunha’s Hammer of Freedom continues to be the most popular title at Arkhaven for a good reason.  This story is as intense as it is timely.

Brazil is under the yoke. Freedom is another word for slavery and peace really means surrender. Equity is the goal. Equality of outcome has always been easy to achieve if you make everyone equally poor, hungry, and without hope of anything better.

To do that people, you need to be obsessed with one thing above all others; power. 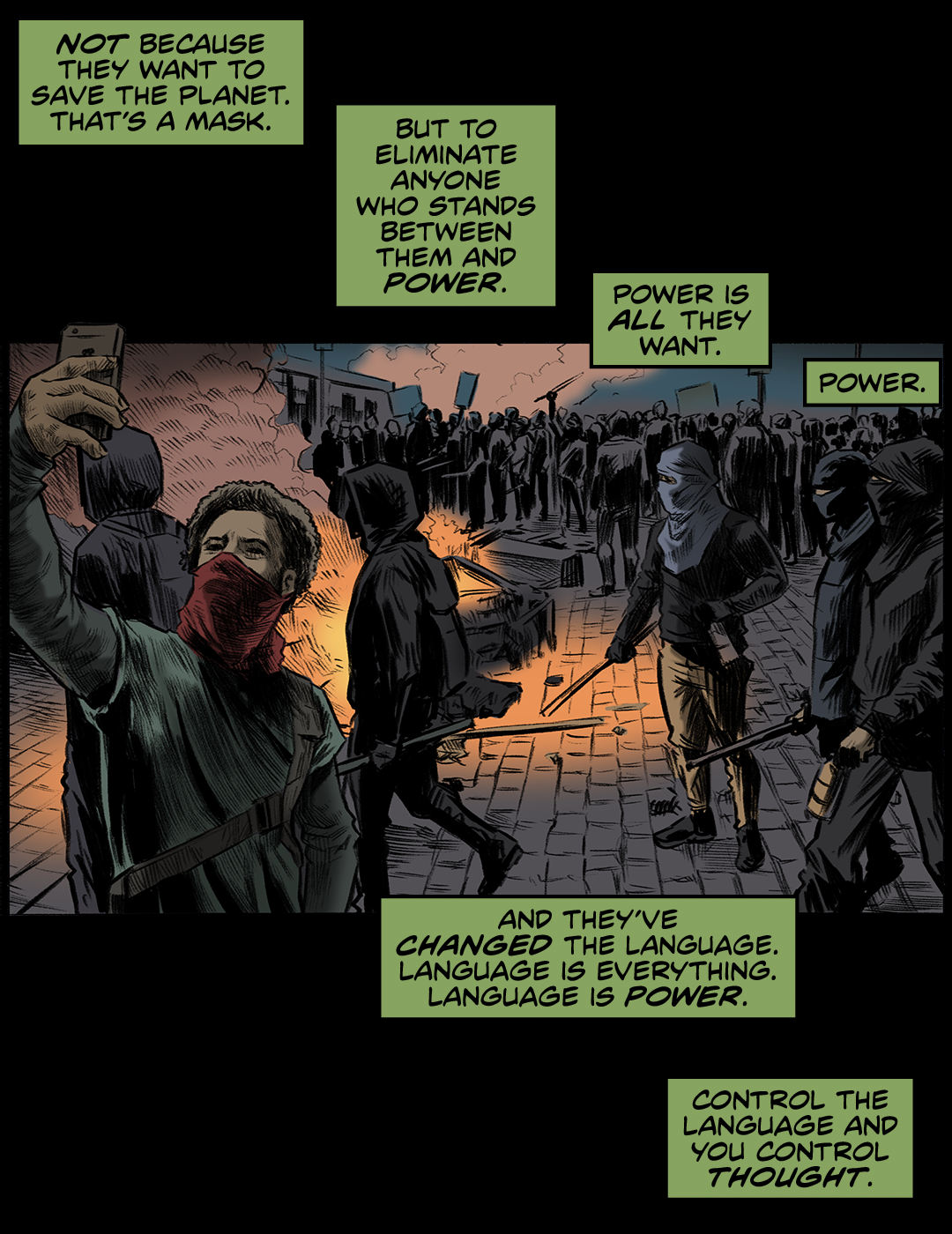 Any defiance of that power is the worst crime there can be. Sometimes just surviving is crushing defeat for an enemy that is driven by the need to subjugate all.

Arkhaven’s publisher promises that Arktoons content will be free to all, forever. However, if you would like to support the website, please consider buying a subscription.

Now for some exciting news, Arkhaven Comics is now accepting submissions for publication.  If you would like to see your comic book on Arktoons send your submission to: [email protected]