Ted Lasso actress Hannah Waddingham recently claimed that was glad she was waterboarded for ten hours on the set of Game of Thrones when she played Unella.

Waddingham recently sat down with Collider’s Perri Nemiroff, where she made the claims. Not only did she make the claims she also revealed what the original plan for her final scene on Game of Thrones was supposed to be.

If you remember, Waddingham’s Unella was imprisoned and tortured by Cersei at the end of Season 6. Her character had previously arrested Cersei and tortured her in the Great Sept of Baelor and then forced her to do a walk of shame back to the Red Keep.

Unella is seen tied down to a table as Cersei pours wine into her face and tells her to confess repeatedly. 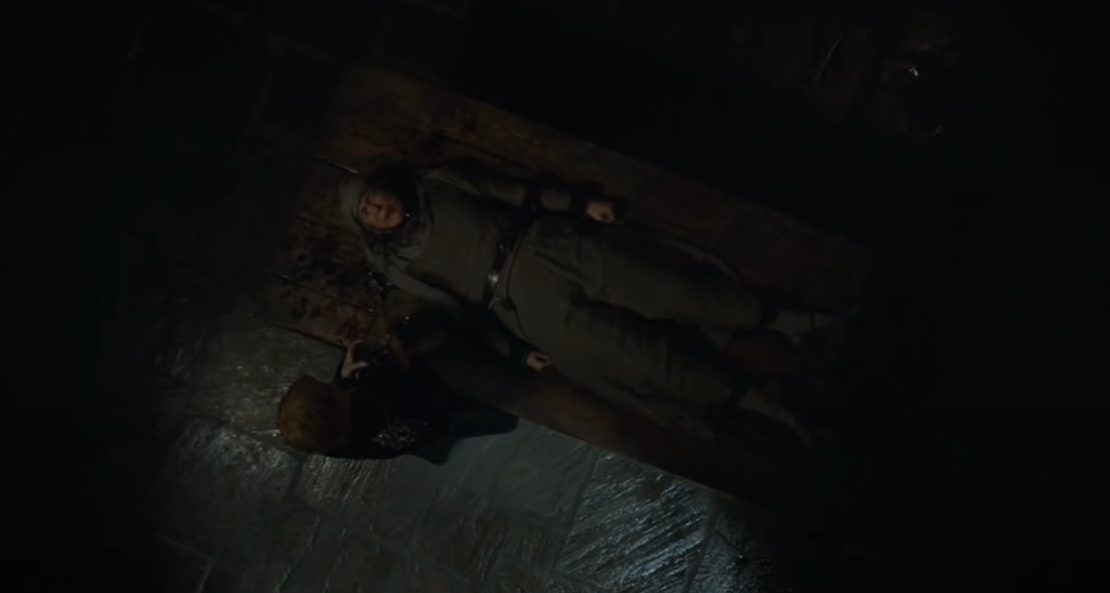 The scene ends with Ser Gregor Clegane entering the room and removing his helmet with Cersei describing him as Unella’s god now. The implication is that Clegane rapes her. 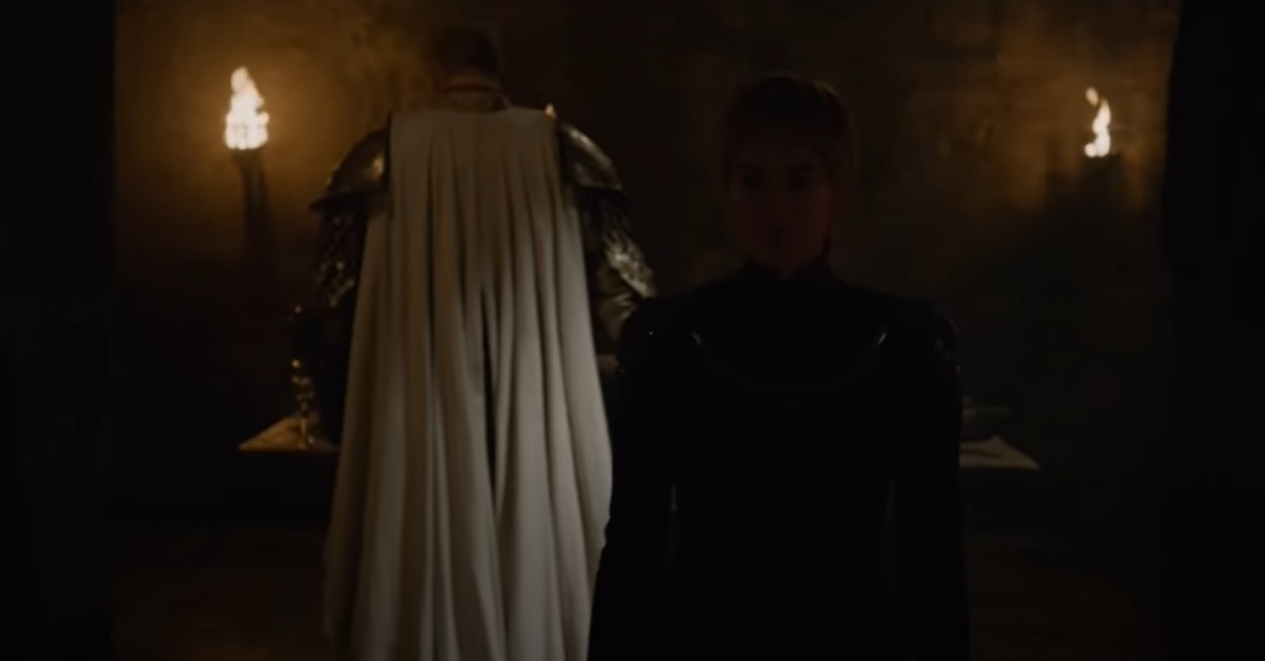 According to Waddingham, the original script called for an actual depiction of the rape.

She explained, “She was meant to be raped by The Mountain, and I think they’d had so many complaints about the rape of Sansa that they chose not to go with it.” 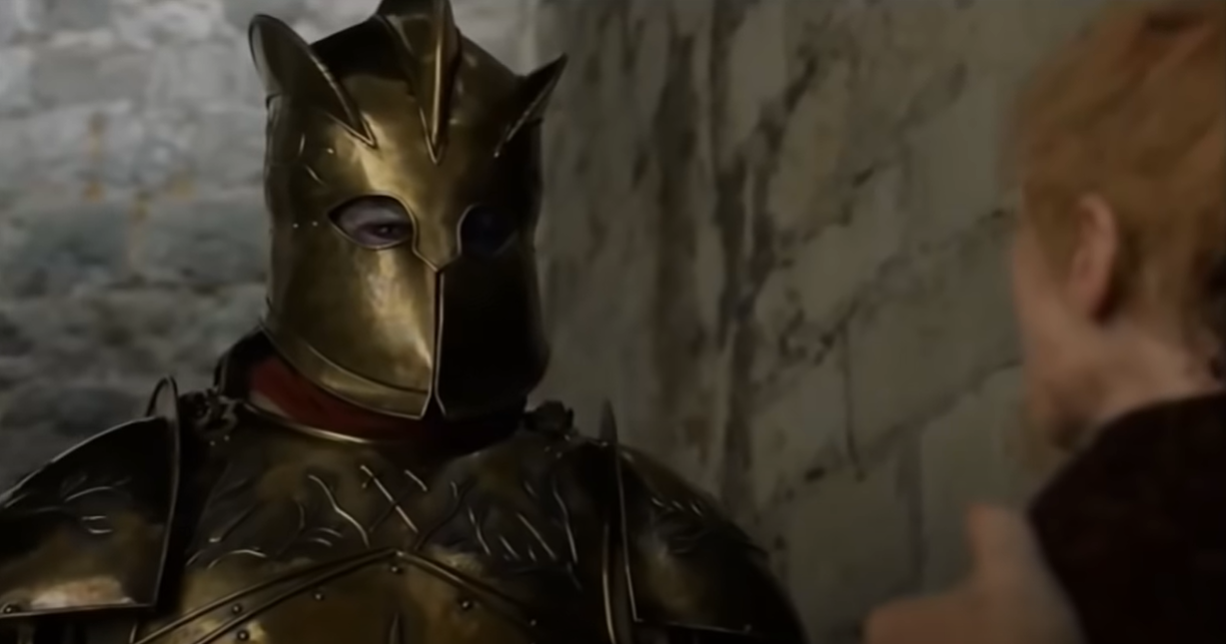 Waddingham then went on to explain they changed the scene to waterboarding.

She went on to say, “Unbelievably, they changed it quite at the last minute. I think they possibly changed it when I was mid-air flying to Belfast because suddenly I got sent these new sides that said that I would need a wetsuit top.”

She then revealed they changed it to waterboarding, “And I thought they’d sent me the wrong bits. And sure enough, when I got there, I was then put in a wetsuit top and I was like, ‘Because?’ And they went, ‘Oh, it’s waterboarding instead.'”

She continued, “And I was like, ‘Oh we’re not actually doing waterboarding?’ ‘No, no, no. We are.’ And there I was strapped to a wooden table with proper big straps for ten hours.” 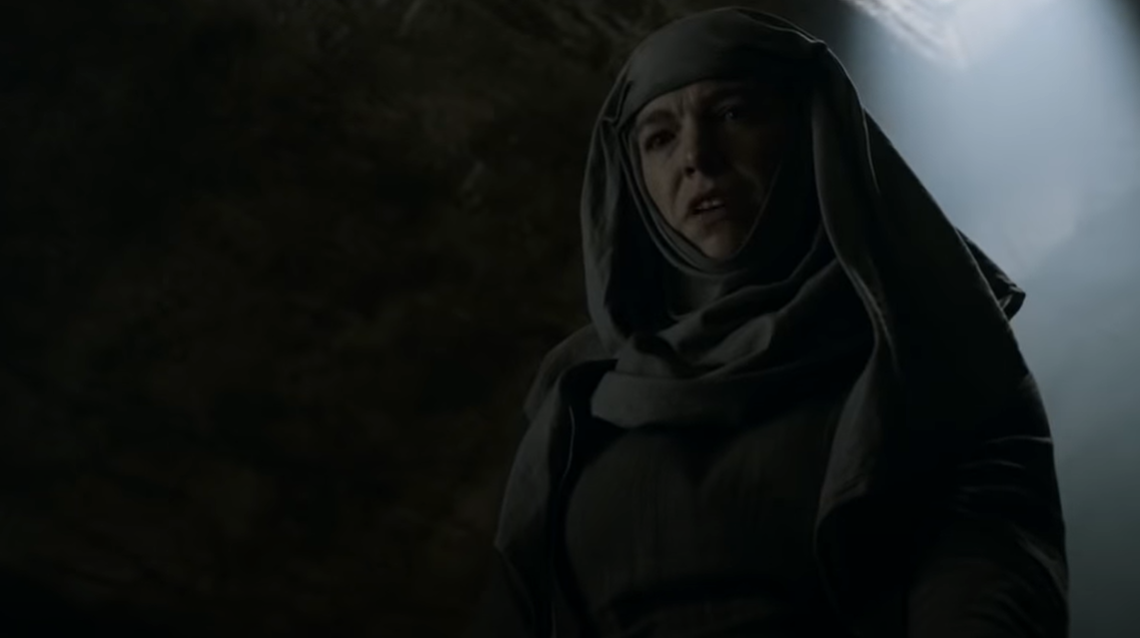 Waddingham revealed it was the worst day of her life besides childbirth.

She stated, “And definitely, other than childbirth, it was the worst day of my life. Because Lena was uncomfortable pouring liquid in my face for that long, and I was beside myself.”

She then revealed her though process behind continuing to film the scene, “But in those moments you have to think, do you serve the piece and get on with it or do you chicken out and go, ‘No, this isn’t what I signed up for, blah, blah, blah?’” 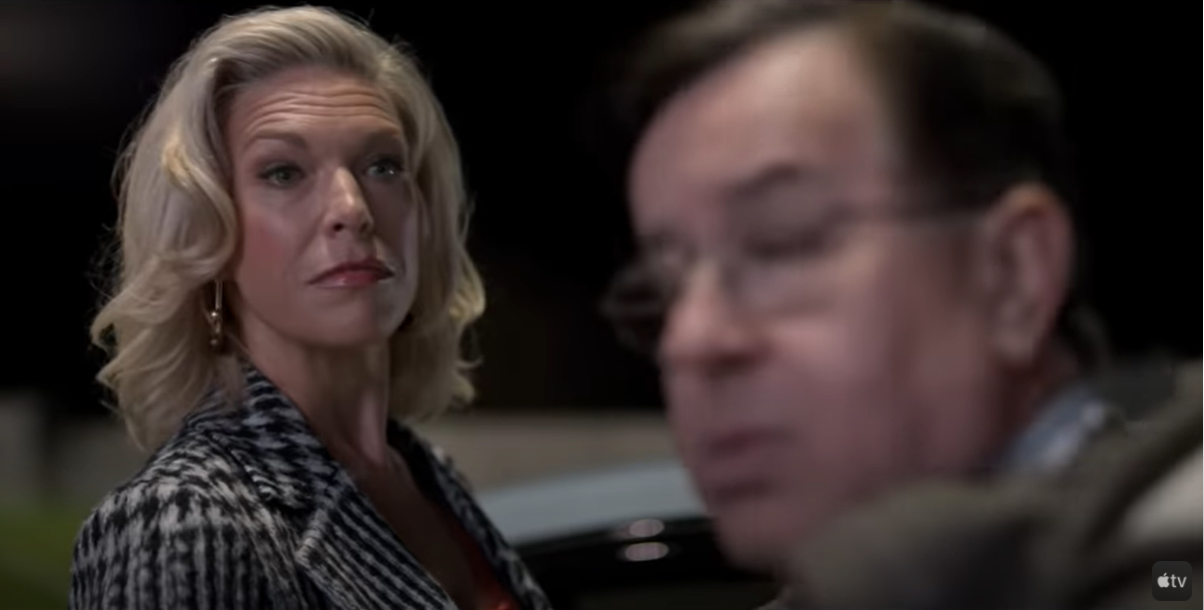 Waddingham then shared an anecdote about a quick conversation she had with the show’s director Miguel Sapchnik after she had filmed the scene.

She said, “And then, the funny thing was, after we’d finished shooting it for the whole day, and people like Miguel Sapochnik, the director by the way, walking past with a cup of tea and a sandwich on-the-go and going, ‘Hi hunny, you alright?’ And I was like, ‘Not really.’ ‘The crew have just been saying we are actually really waterboarding you here.’ And I was like, ‘Yup, you don’t need to tell me that!’” 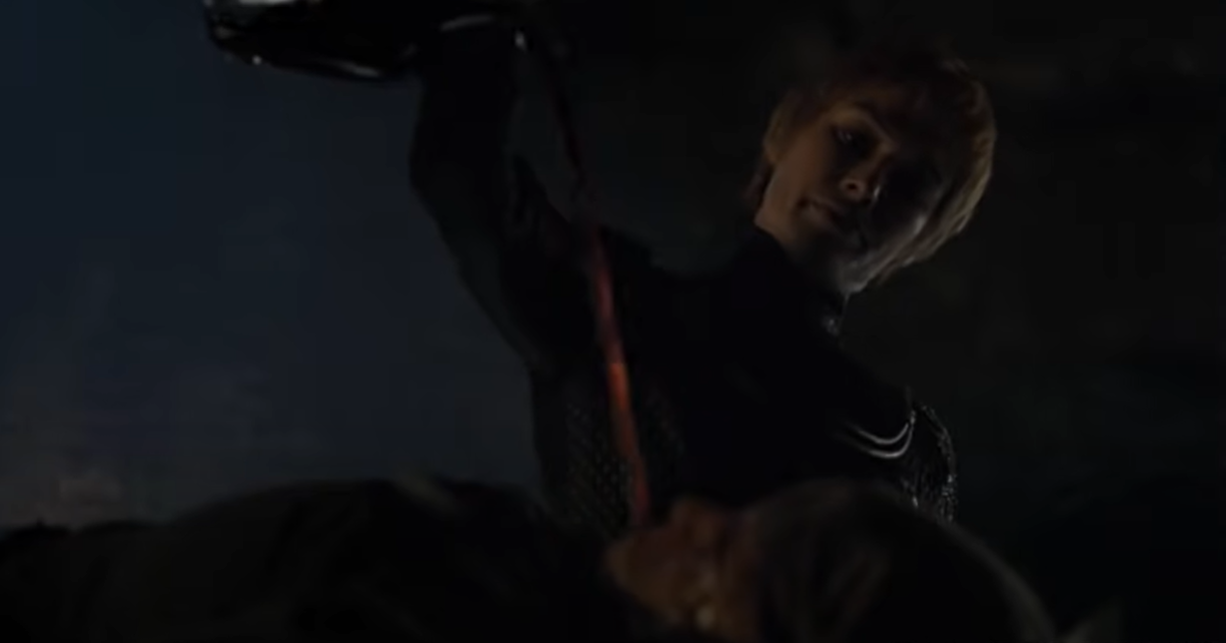 The actress went on to detail that she lost her voice and suffered physical bruises during the scene, “When I got back to the hotel that night, I was going up in the left and I was standing next to Eugene who had had to crawl through loads of s*** to get out of the Sept of Baylor and he was like, ‘Oh my god, what happened to you today?’ I could barely speak because I had been screaming through The Mountain’s hand, which is quite frightening as a singer to completely lose your voice, so I had no voice at all to barely whisper, bruises already coming up like I had been attacked and I was like, ‘I’ve basically just been waterboarded for ten hours.’”

She continued, “And he went, ‘Mate, I’ve just been crawling through s*** for four days on my elbows.’ So we were like, ‘See? You haven’t been in Game of Thrones unless you’ve been really, really, battered around.’” 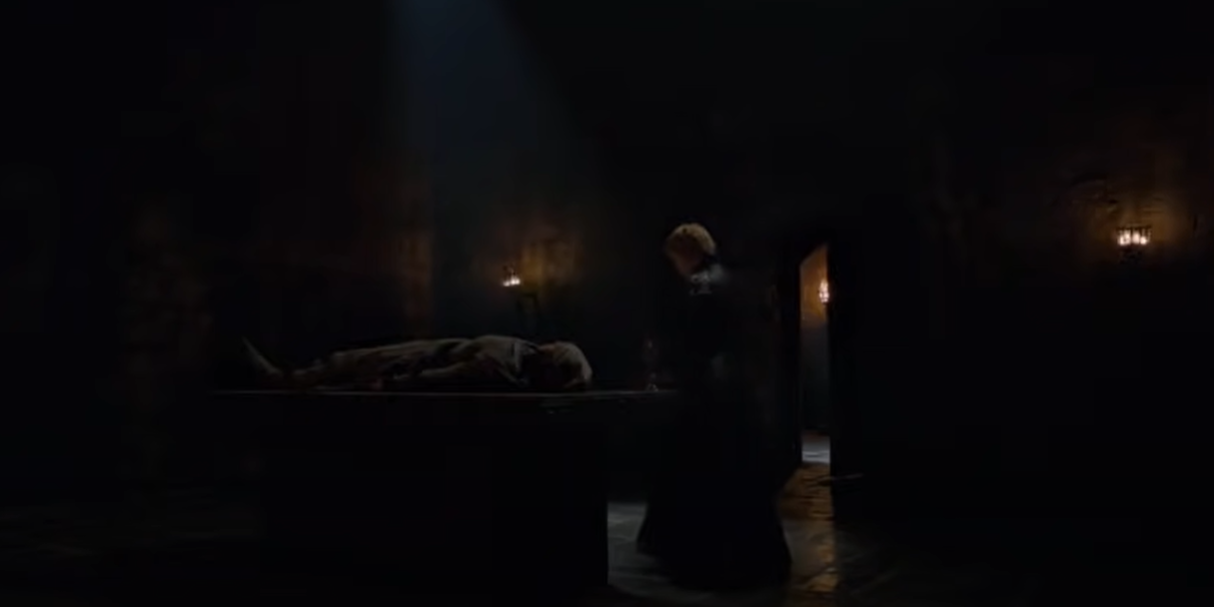 Interestingly enough Waddingham does claim she was glad she went through the waterboarding, but never wants to do it again.

Nemiroff asks, “What is one thing that you had to do for a movie or a show that now makes you say, ‘I’m glad I did that, but never ever again.” 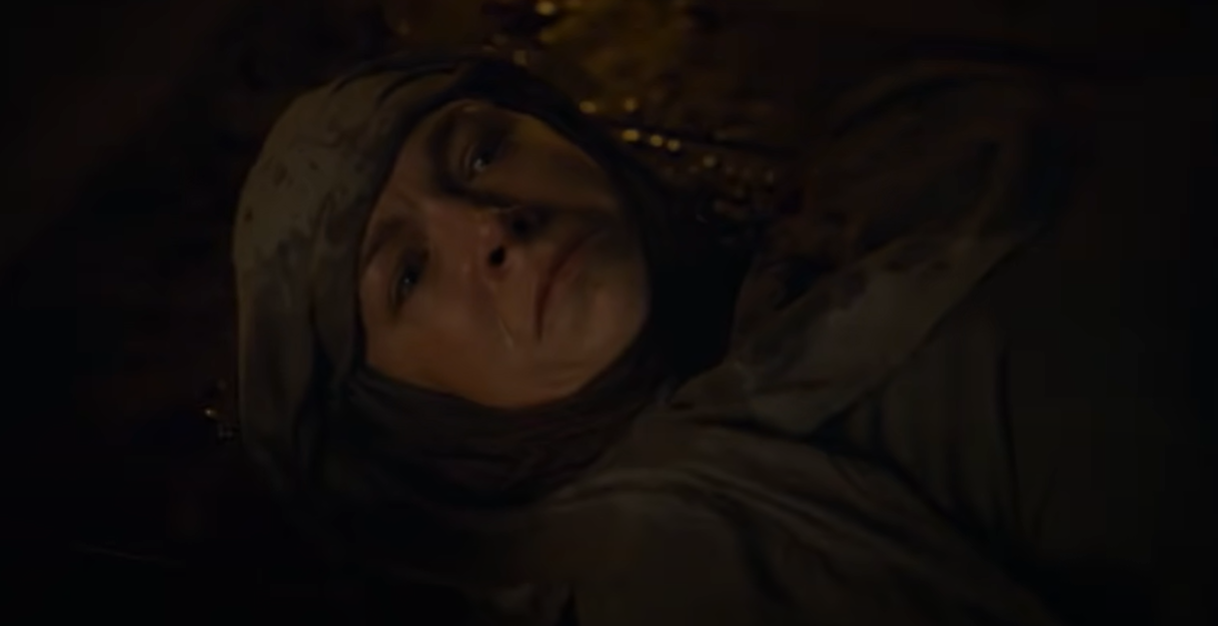 Waddingham then claimed she suffers from claustrophobia around water now.

She explains, “I hadn’t even realized that it definitely gave me claustrophobia around water. Definitely. I hadn’t realized until I watched a program where the camera’s down on the actor’s face and they’re being dipped into the water, but you see them face-up to the camera, and I got in a terrible panic about it.”

“And I actually went and had a bit of a chat to somebody about it, because it’s quite full-on being waterboarded for ten hours, and then only one minute and 30 seconds can be used on camera,” she elaborated. 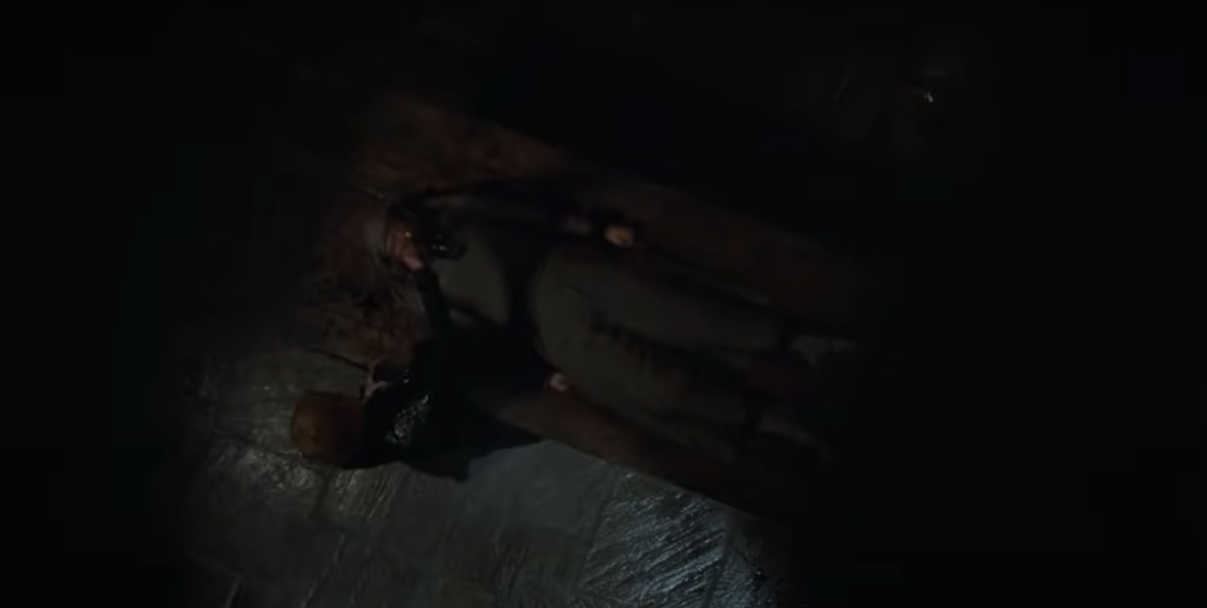 Waddingham would then be asked, “What would you say to another actor who is about to do something… like is there any way to film a scene like that and make it feel authentic in the final product, but without actually suffering any trauma?”

She responded, “Well, you have to remember. When I was strapped there and as a singer, the one thing that I was really worried about, I didn’t want the strap tight around my neck, but as they pointed out, if the camera can see you lifting your head up to save yourself, that’s not authentic.”

“And it was Dan Weiss that came up to me and went, ‘Look, in the script it says Cersei empties the remainder of her glass of red wine to wake up Unella. People aren’t gonna think that’s enough. What you’ve put her character through, that is not enough retribution for Cersei, especially the kind of person that she is. It needs to be more like a three quarter full [glass], also if we can cheat it even more carafe of wine,’” she continued. 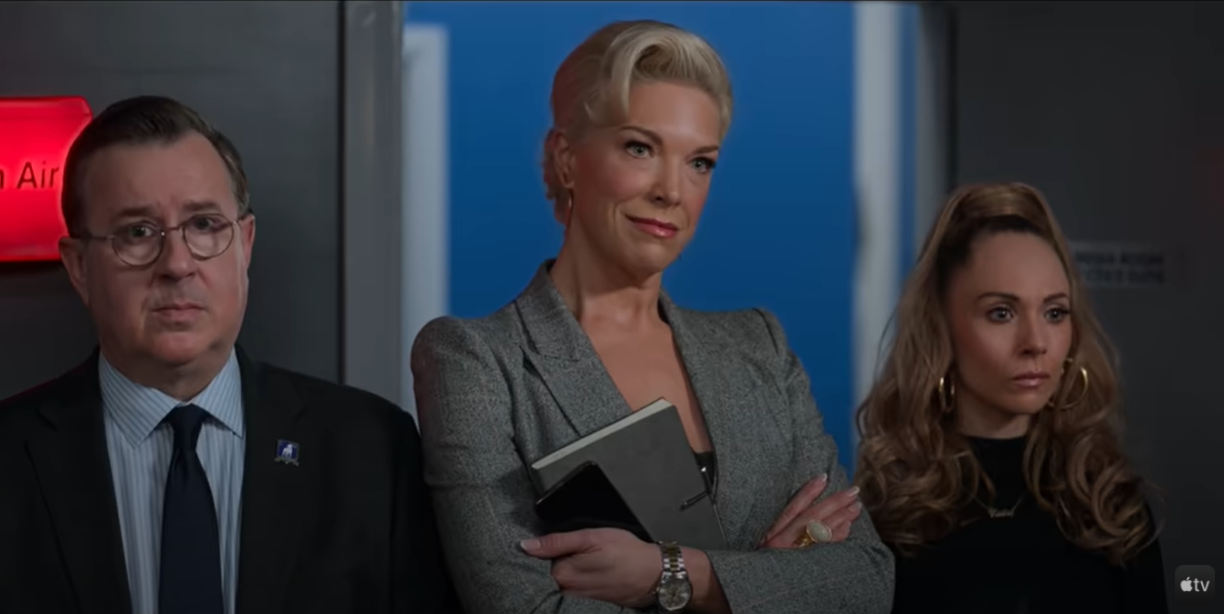 Waddingham added, “And that’s what I mean about that moment of fight or flight. I just thought, ‘Do you know what?’ The one thing I kept thinking to myself, ‘The production company aren’t going to let you die, so get on with it, be uncomfortable.’ Like you were saying in your question, I would say, get on with it.”

“As long as you feel like there’s not any genuine threat of something happening, push yourself, be uncomfortable. It’s the same as if people don’t cry on camera, don’t impart this emotion to the right moment. Why not? My whole thing has always been, take people to the absolute nth degree of their emotions and that’s the same thing. Give of yourself and then it gives back to you,” she concluded.

What do you make of Waddingham’s claims?