Today’s cover of the day is Claudio Castellini’s Conan The Barbarian #1.

The issue was originally published back in 1997 and it was written by Roland Green with art by Castellini. 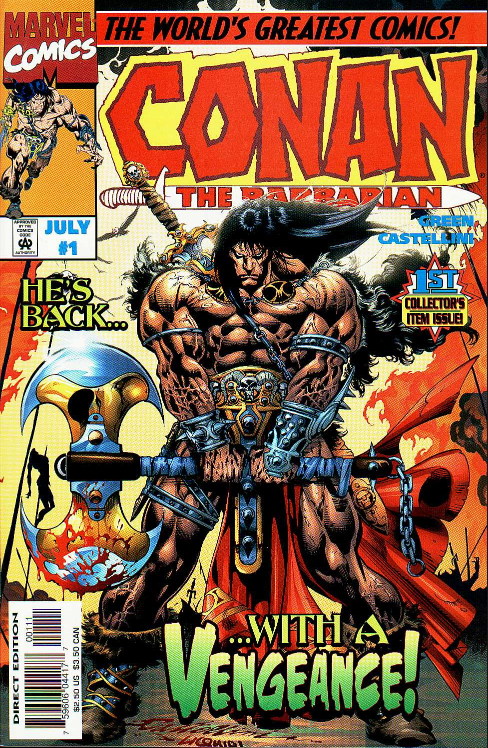 The official description of the comic from My Comic Shop reads, “Know, that between the years when the oceans drank Atlantis and the gleaming cities, and the years of the rise of the sons of Aryas, there was an age undreamed of, when shining kingdoms lay spread across the world like blue mantles beneath the stars.”

It continues, “Hither came Conan the Cimmerian, black-haired, sullen-eyed, sword in hand, a thief, a reaver, a slayer, with gigantic melancholies and gigantic mirth, to tread the jeweled thrones of the earth under his sandled feet. (Translation: Conan came. Conan saw. Conan kicked booty!)”

The cover varies in price on eBay. One listing prices it and Conan The Barbarian #2 at $18.99.

What do you make of Castellini’s Conan The Barbarian #1 cover?