What’s great about A Quiet Place II is that it’s story is no longer so self-contained, as The Abbott family is forced to leave their farm and their home and go out into the outside world.

However, the scariest aspect of all is that the monsters aren’t the most inhuman thing to exist in whatever remains of this desolate world – it’s the human survivors.

A Quiet Place Part II begins with a flashback chronicling the first day the creatures arrived, mostly revolving around the scene, as seen in the trailer, where the creatures are destroying the town and everyone is learning that the aliens attack based on sound.

Not only is this scene far more effective if you haven’t watched the trailer several time beforehand, but it also serves as an excuse to feature John Krasinski’s Lee Abbott character despite his having died in the previous film. 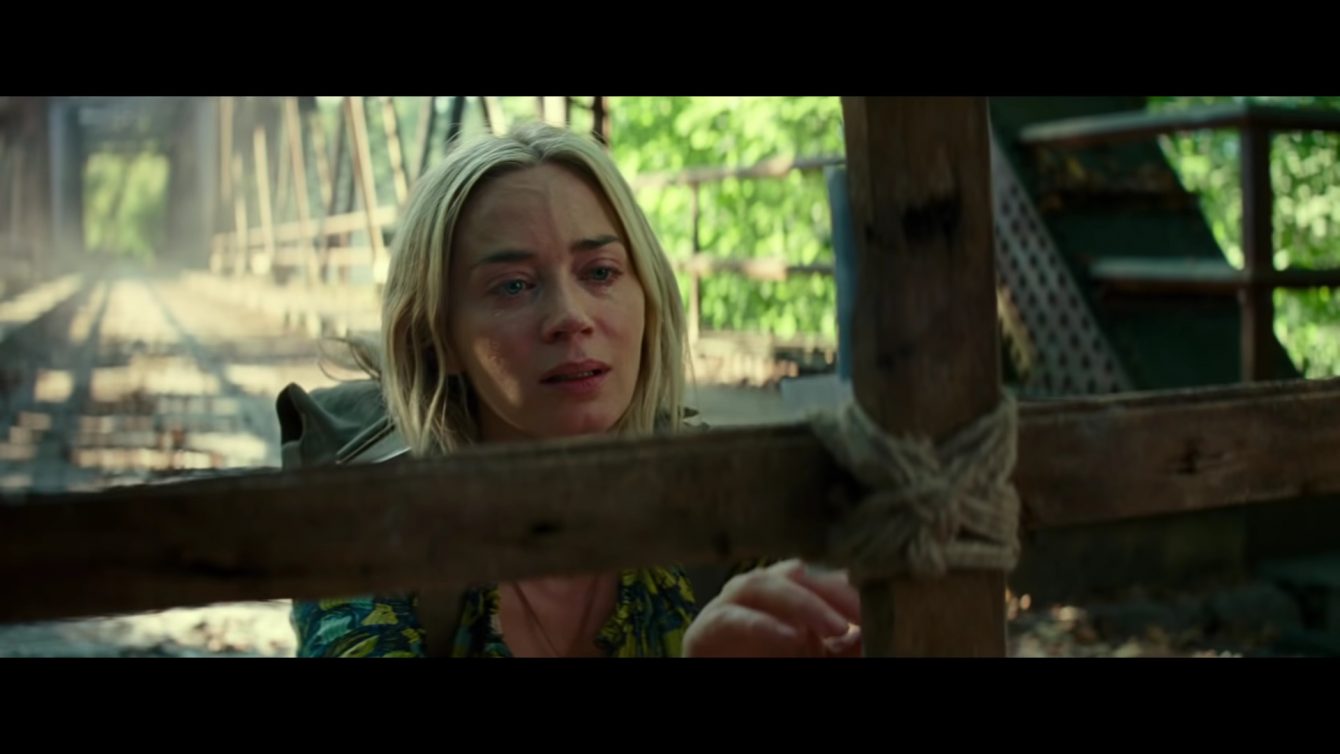 The sequel also seems to feature far more of the creatures than the original film. It’s not that they weren’t around previously, but A Quiet Place Part II gives them a more prominent presence, as it seems that the creatures have grown in number since the first film.

However, to sell a the idea that the creatures are scary, the film does utilize jump scares a bit more often than it should. It’s a cheap tactic to begin with, but becomes only more and more annoying after the first few times it’s used in any film, including A Quiet Place II. 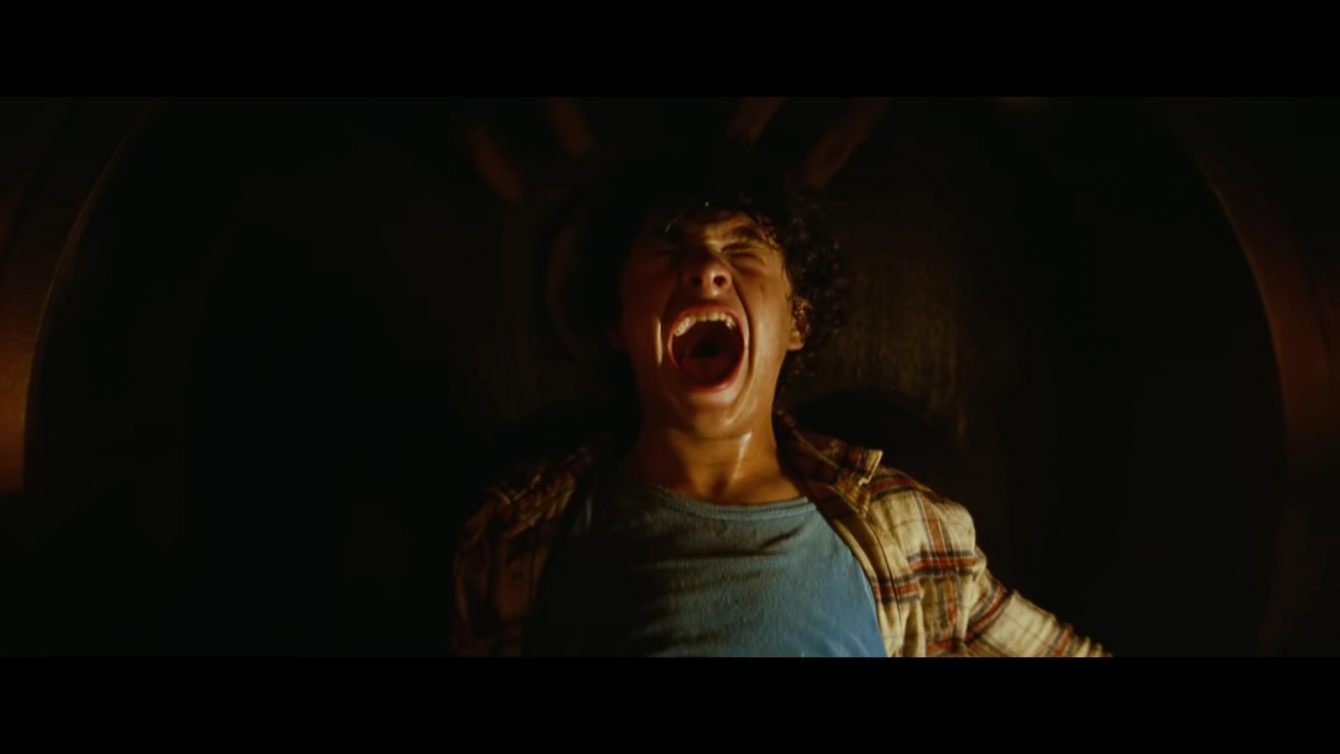 Marcus Abbott (Noah Jupe) is nearly unbearable until the last ten or so minutes of the film, but it’s also a sensible form of irritation.

Marcus lost his little brother and his father in the previous film and, without spoiling too much, doesn’t have a great time in the sequel. He doesn’t want to lose anyone else close to him and is now incredibly attached to the family members he has left.

This results in Marcus being too clingy when someone needs to go on a supply run or has an idea that could potentially save everyone. 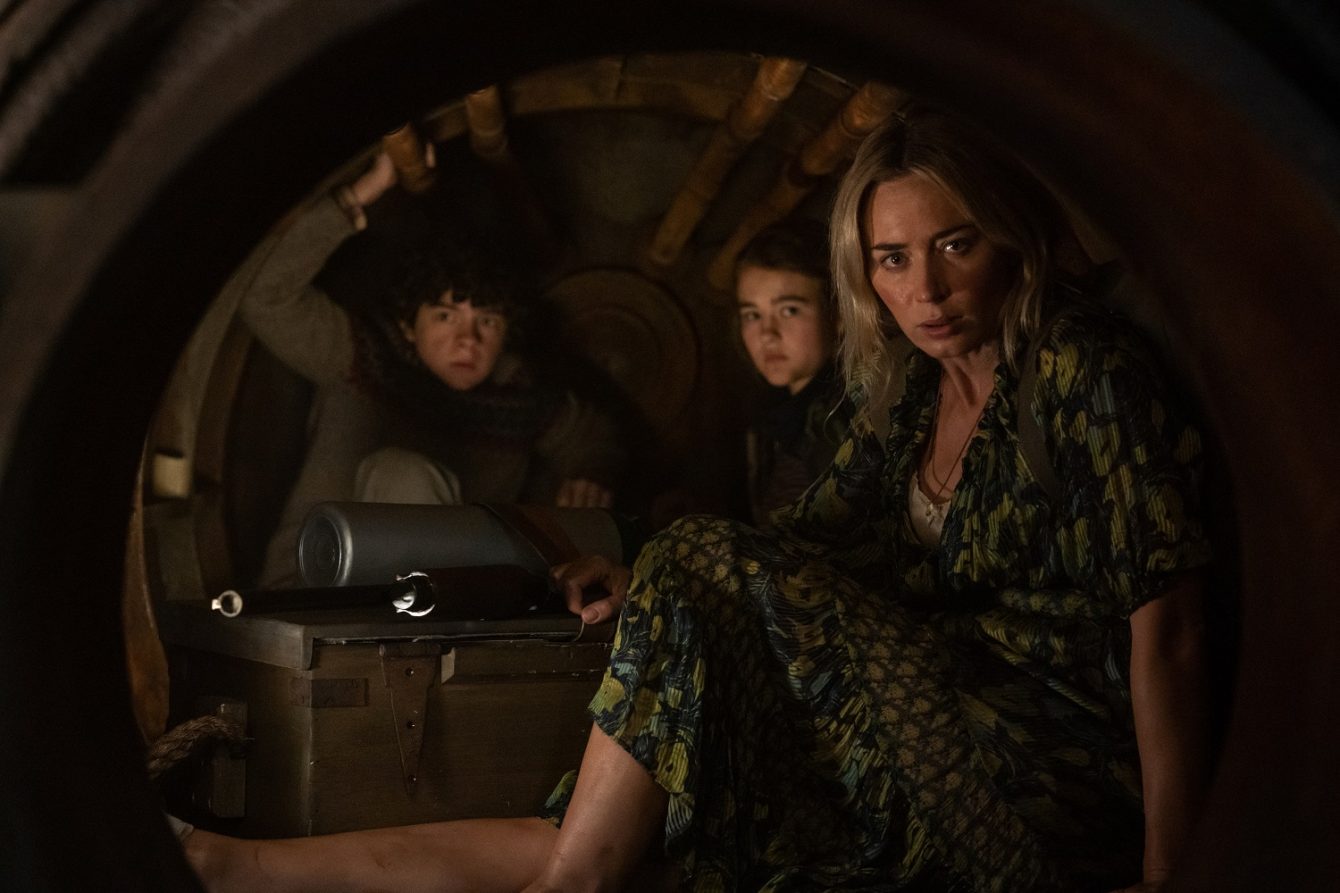 In light of Abbot’s death in the previous film, Cillian Murphy inherits the role of male lead from Krasinski, playing a character named Emmett who is actually a friend of the Abbott family.

Emmett has lost everyone and everything and has remained relatively close to the Abbott’s farm even after the creatures arrived, but he never came for the family. Though he has shelter and some supplies, he’s also spent so much time being on his own that he’s forgotten how to sympathize with anyone who isn’t himself.

As Emmett, Murphy delivers a gloriously conflicted performance where he seems to be in a state of constant struggle. He often knows the right thing that should be done, but wants to remain hidden, and his survival instinct often perseveres over being a compassionate human being. 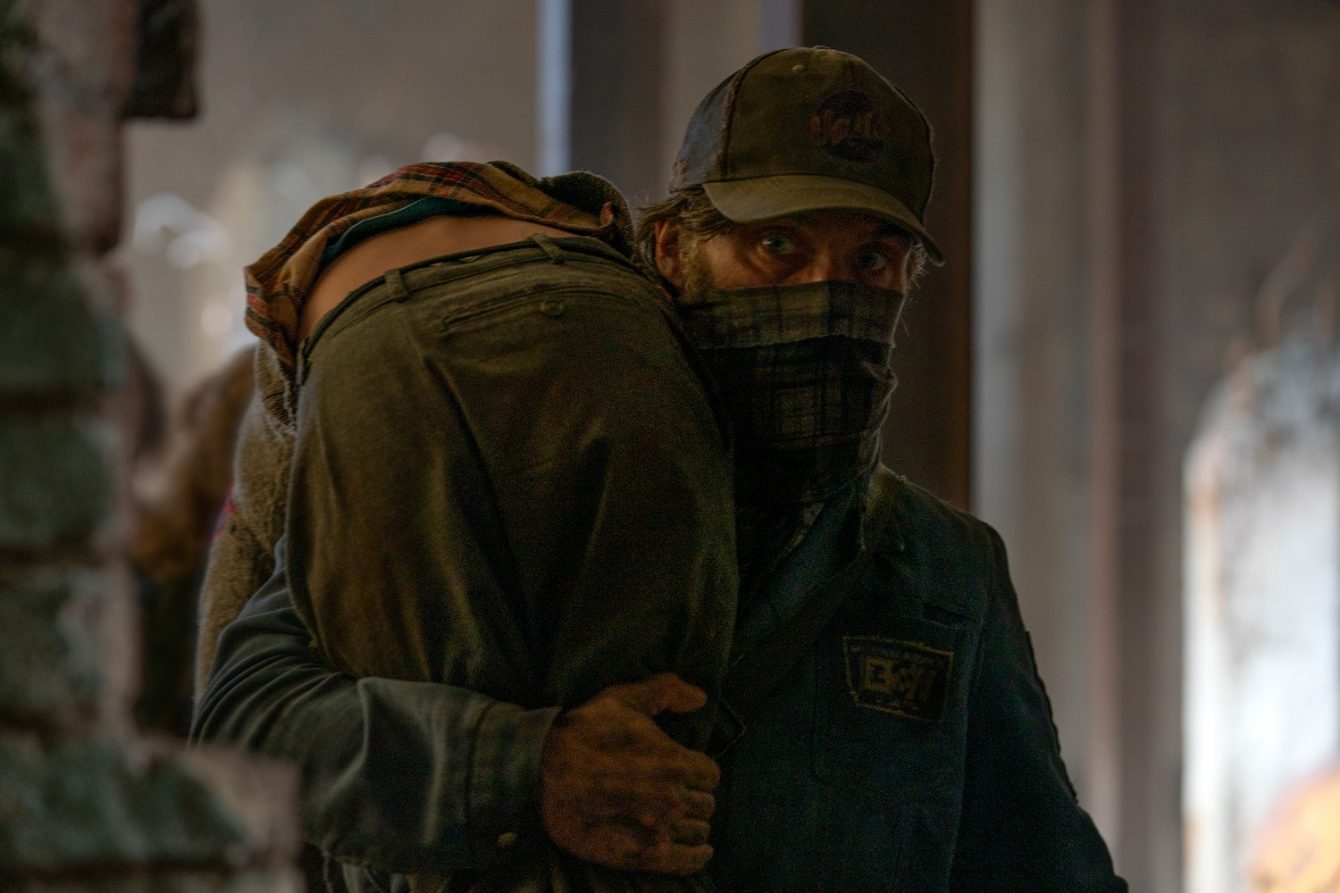 The formula for A Quiet Place II is intriguing because it plays out like an episodic arc of The Walking Dead, though the zombie element is obviously replaced with the creatures, as the human characters go on supply runs, look for other survivors, and search for a sanctuary that may or may not exist.

But it’s not just The Walking Dead the film takes inspiration from, as the way the creature’s heads open up like a flower whenever they’re around audio feedback is visually similar to horror enemies such as The Last Of Us’ Clickers or Resident Evil’s Molded.

Yet, since both A Quiet Place films are PG-13, there’s not much in the way of gore in the franchise’s second entry. If someone is attacked by these creatures, they’re basically just gone, leading the worst to naturally be assumed. 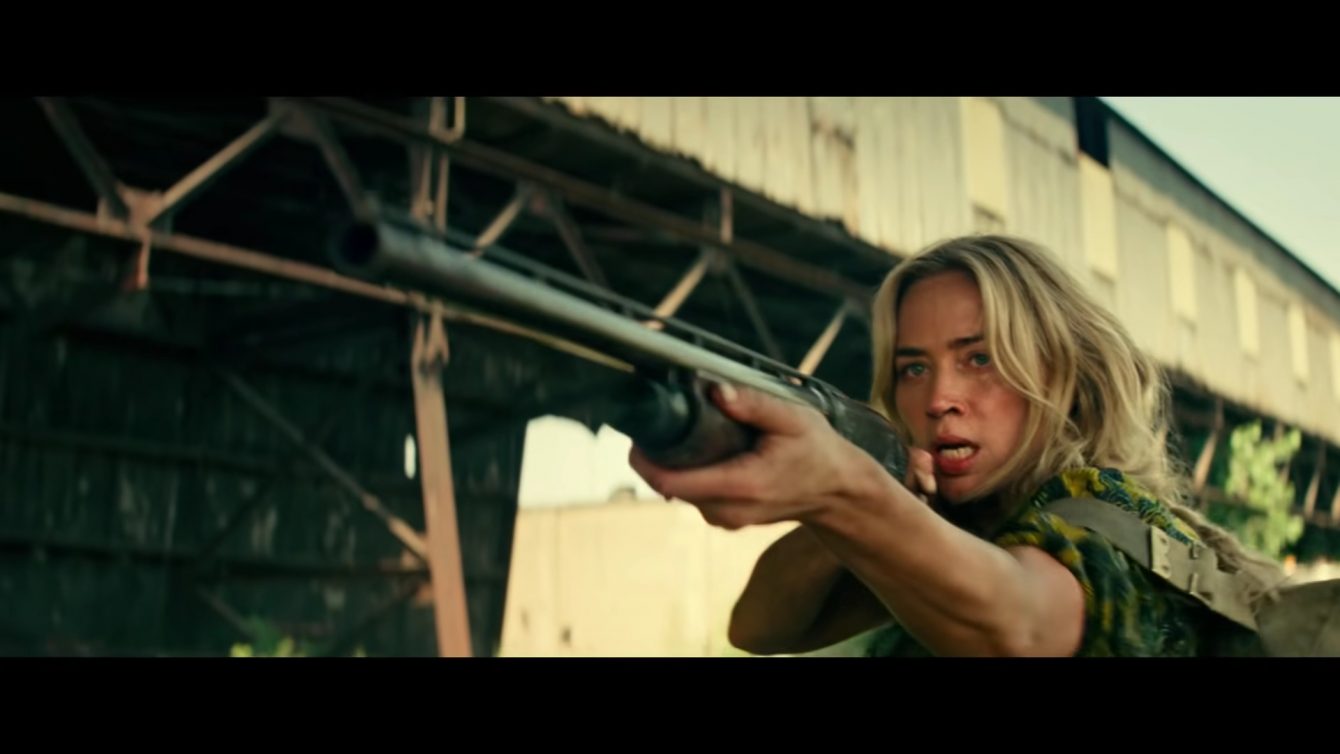 A Quiet Place Part II ditches the tension and the stealth the first film was known for and introduces more monsters, more action, more characters, and more of a world that’s barely hanging on by a thread.

Lee’s oldest kids become the key players here, with Emily Blunt’s Evelyn Abbott taking a backseat, while Murphy proves why he’s one of the most underrated actors working today. 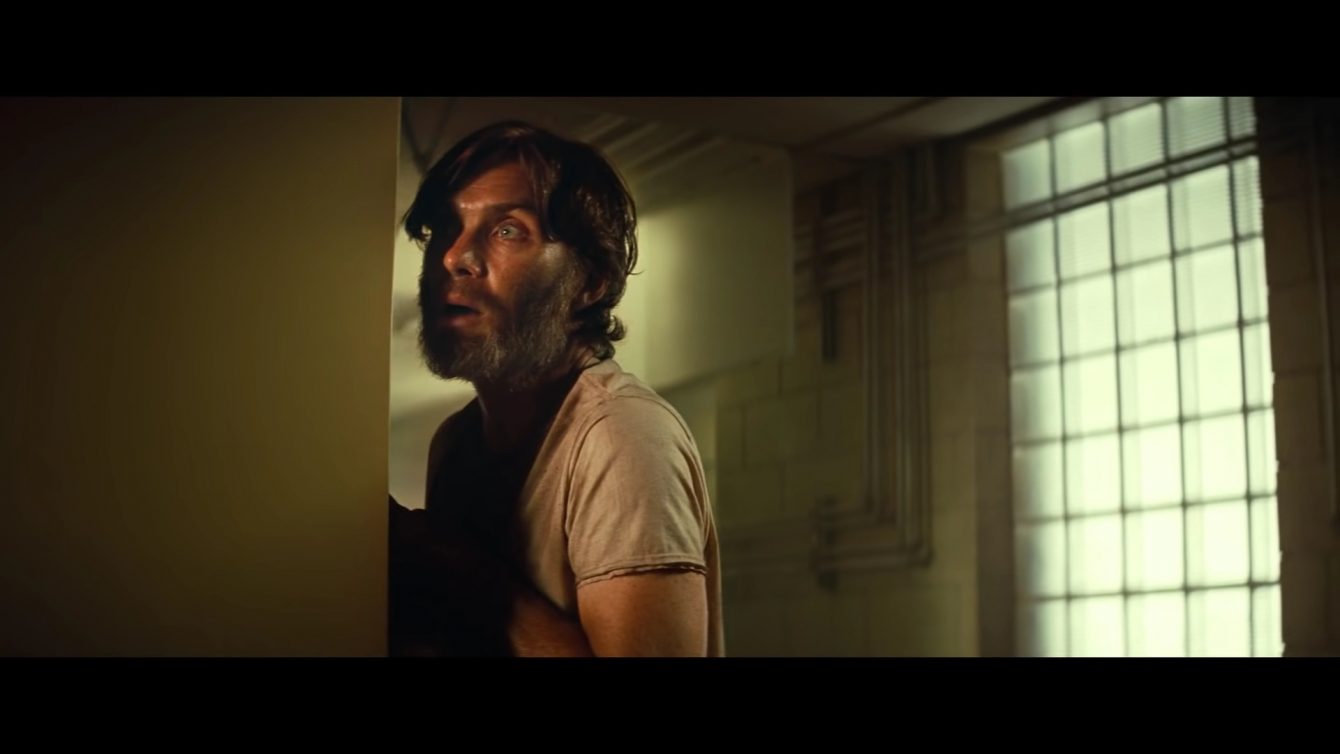 Overall, A Quiet Place Part II is an exceptionally entertaining sequel with quality performances and a primary focus on monster mayhem which, as horror and suspense fans, we should all get behind.