Today’s cover of the day is Jack Kirby and Chic Stone’s Uncanny X-Men #6.

The issue was originally published back in July of 1964.

It was written by Stan Lee with pencils by Jack Kirby and inks by Chic Stone. 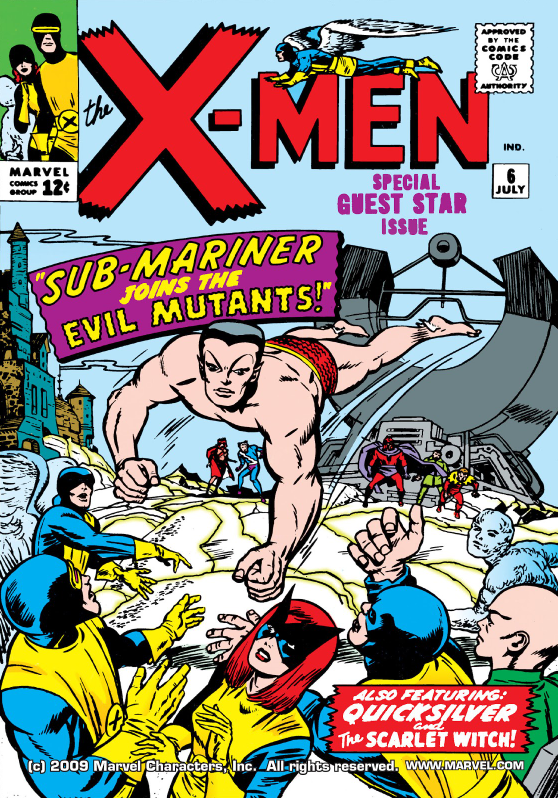 The official description for the issue from My Comic Shop reads, “Xavier reads a news story about Namor and wonders if he is a possible mutant; Magneto comes to the same conclusion and invades the Sub-Mariner’s realm with an invitation to join his Brotherhood.”

It continues, “Enchanted by the Scarlet Witch, Namor agrees; The X-Men attack and, during the ensuing battle, Namor decides not to join either team, mutant or no.”

The cover is a rather one and depending on the quality has widely varying prices on eBay.

What do you make of Jack Kirby and Chic Stone’s Uncanny X-Men #6 cover?