One of the highlights from the promo video is an upcoming clip from the show that sees Renslayer explain why she keeps all the trophies from Mobius’ cases.

As you can see above, the clip sees Mobius ask, “Why do you keep all of the trophies from my cases?”

She responds, “Because I approved the missions.” Mobius, in defeat, responds, “Good point.”

Along with this clip Mbatha-Raw also talks about her character saying, “Renslayer works for the TVA, this bureau that really maintains the integrity of time.”

Hiddleston adds his own description stating, “She has enormous authority.’

The show’s director Kate Herron adds, “She’s someone that’s worked her way up the ranks. I think Gugu really captured that journey.”

In Marvel Studios production brief for the show, the character is described as as “respected judge in the Time Variance Authority, and one of few in rank to stand in the presence of the Time Keepers themselves.”

The brief continues, “As a former Hunter who rose up the ladder of the TVA, she now oversees the investigation of this Variant called Loki, among her other cases. She holds a high standard against Mobius’ approach, while always keeping a soft spot for their friendship.”

In the brief Mbatha-Raw stated, ““I don’t think I’ve ever played such an authoritative character, as a judge and the role that she has. She’s powerful. She’s well respected. She’s worked her way up.” 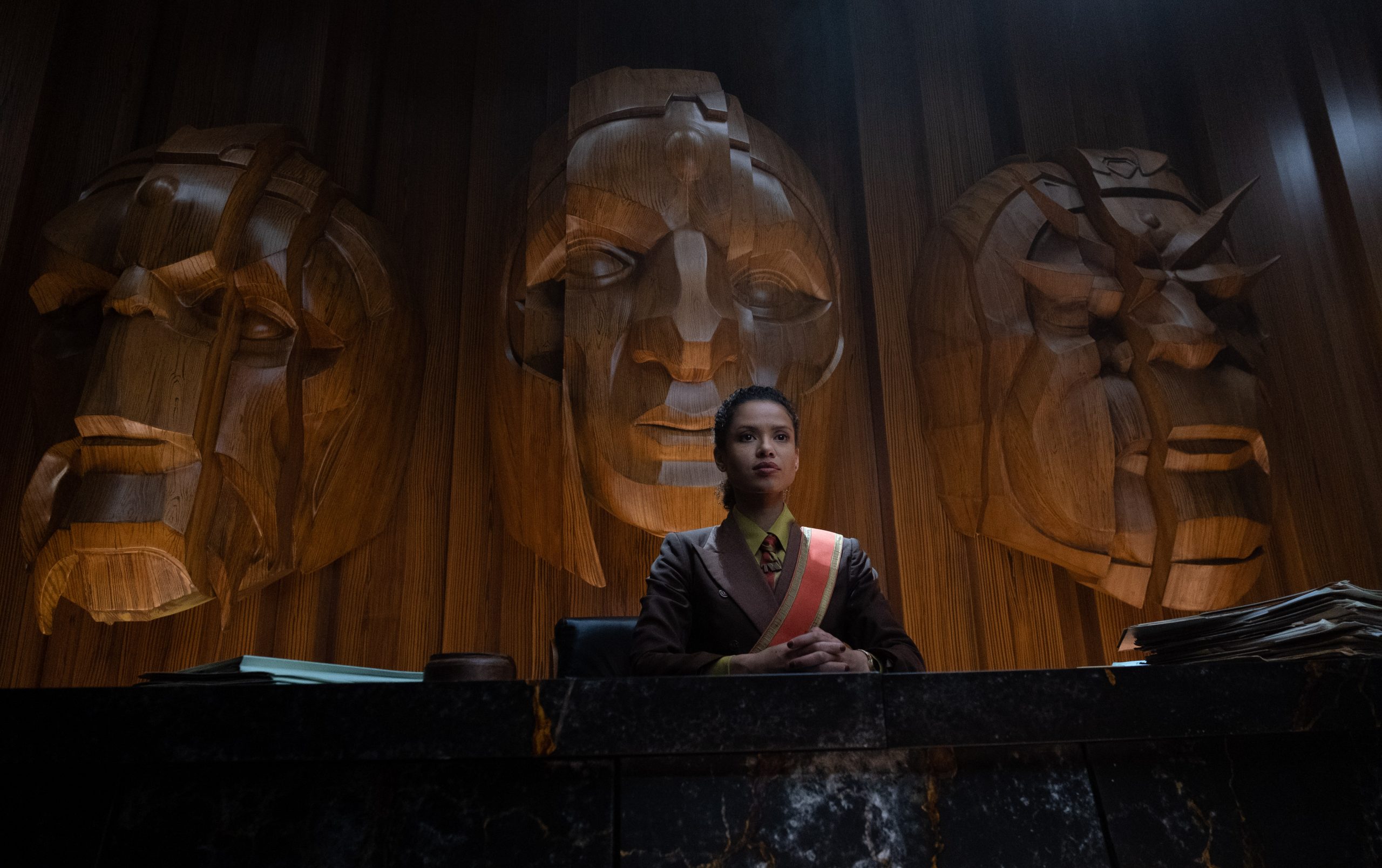 Wilson would further speak on the relationship Mobius has with Renslayer, ““Renslayer is the person that Mobius reports to. Over the course of their relationship, they’ve developed a familiarity.”

He adds, “He’s like a slightly mischievous student that she has who doesn’t always follow the exact letter of the law of the TVA, but does seem in his own fashion to get things done. So, she indulges him sometimes with what she considers to be his farfetched ideas or even worse something that could backfire and create a problem for her and the TVA.” 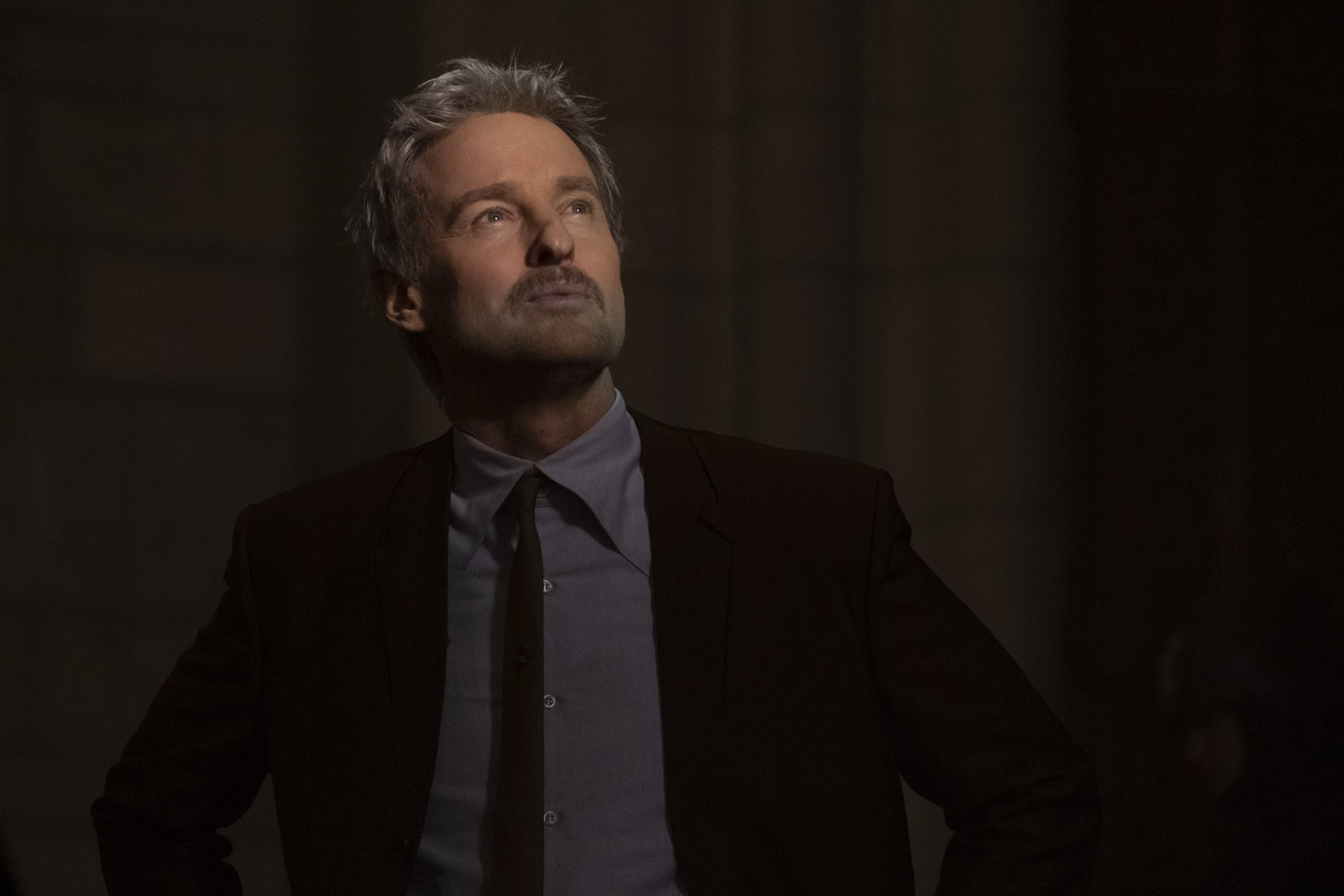 Kate Herron would provide more details about her as well as Mbatha-Raw’s acting ability, “She’s like a chameleon. Everything that she’s in, she’s so different. I felt in a weird way that’s almost Renslayer too. She has herself at work, and then we see her trying to dance the line with that in her scenes with Mobius.”

In the comics Renslayer is more commonly known as Terminatrix or Princess Ravonna. She was the daughter of King Carelius the ruler of Earth in the 40th century.

She would be pursued by Kang the Conqueror who eventually brought the Avengers to the 40th century to impress her with his battle prowess. However, things go south after Kang defeats the Avengers and Carelius’ forces, but he refuses to have them eliminated.

His general, Baltag, betrays him and attempts to assassinate him. The attempt fails and Kang allies himself with the Avengers.

They are able to defeat Baltag and his forces, but in a final moment of desperation Baltag attempts to kill Kang. Ravonna intercepts the bullets and with her dying breath professes her love for Kang. 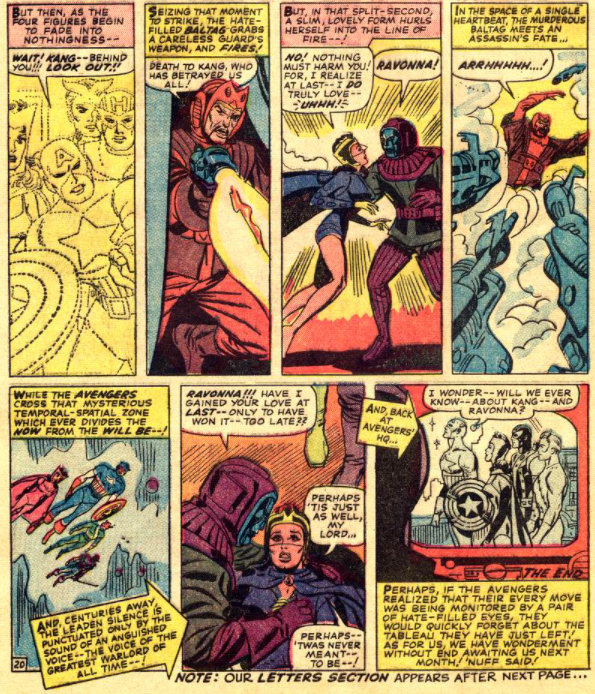 However, Ravonna would not actually die, but be preserved by Kang in stasis a breath from death. She would eventually be revived by the Grandmaster and a fake body would replace the one in stasis.

From there she would have a love hate relationship with Kang, plotting to seek revenge on him and then reconciling with him numerous times through a variety of different schemes and plots.

At one point, she does eventually become the ruler of Chronopolis, Kang’s base in the future. 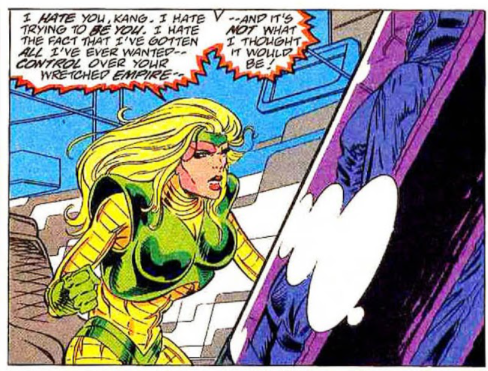