A new rumor claims that Sony Pictures are looking to have long-time Spider-Man foe, Chameleon, play antagonist opposite Kraven the Hunter in their upcoming Kraven film.

The rumor comes from The Illuminerdi’s Braxter Timberlake who claims, “The Kraven production is currently undergoing a casting search for an actor to play Chameleon, a villain in the upcoming solo film.”

As for the type of actor that Sony Pictures is looking for Timberlake claims they are “targeting an actor in their thirties to play the villain role of the Chameleon.” 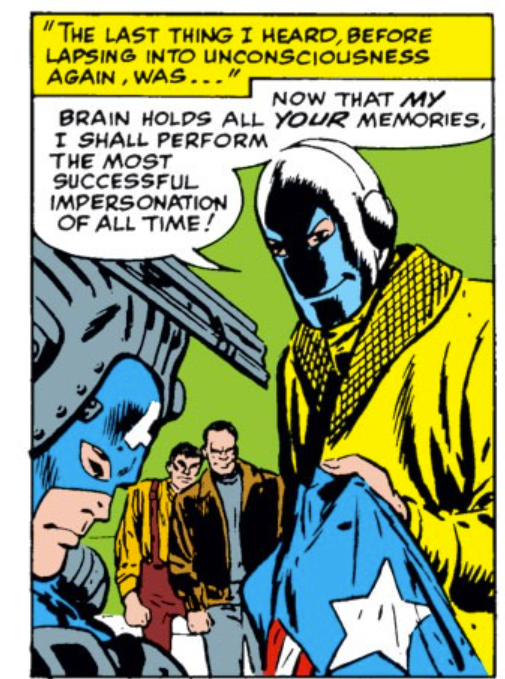 Chameleon or Dmitri Smerdyakov was created by Stan Lee and Steve Ditko and first appeared in Amazing Spider-Man #1 back in 1963.

As shown in his first appearance, the character is a master of disguise that can take on the identity and appearance of anyone using his costuming skills as well as his multi-pocket disguise vest. 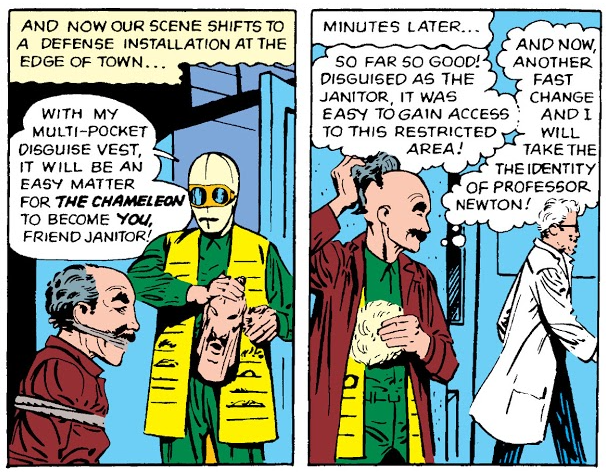 In his first appearance, he even takes on the identity of Spider-Man and frames him for stealing missile defense plans.

While he originally relied on his technology and costuming abilities, he eventually enhanced his abilities with a special face-changing serum. He’s also used a holographic belt and a special costume that allows him to duplicate clothes.

The Chameleon also has a special connection to Kraven the Hunter in that the two are actually brothers. Chameleon just happens to be an illegitimate child of the Kravinoff family.

It’s also Chameleon who invites Kraven the Hunter to America to hunt down Spider-Man. During this hunt, Chameleon would provide aid to Kraven even disguising himself as his brother to fool Spider-Man. 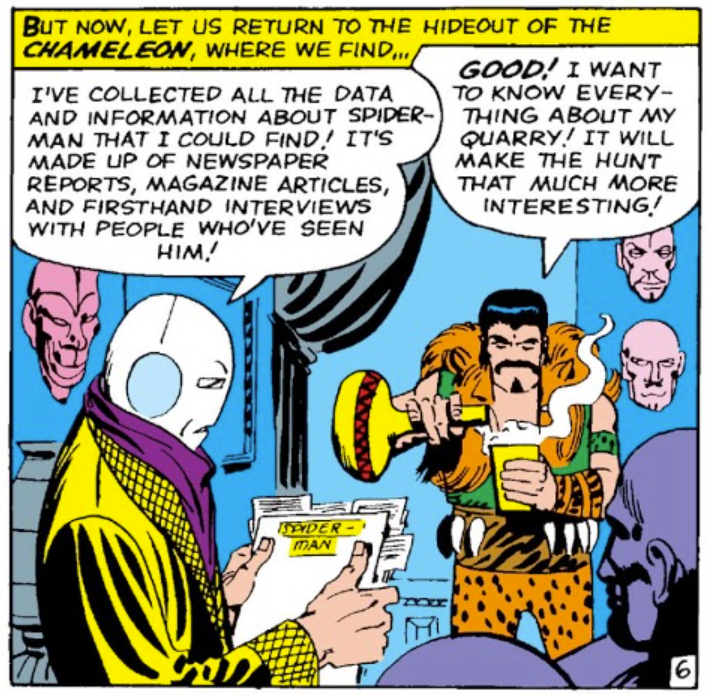 The tricky villain has impersonated plenty of people and not just Spider-Man, Captain America, and Kraven the Hunter.

Chameleon has also been a part of a number of deadly villain groups including the Sinister Twelve, Sinister Six, and the Exterminators.

There also appear to be references to The Chameleon and Kraven the Hunter on the set of Morbius.

One alleged photo shows a poster title Daemond that is a play from the Kraven National Ballet that will take place at The Chameleon Theatre.

Kraven the Hunter stars Aaron Taylor-Johnson as the titular character. The film is directed by Triple Frontier director J.C. Chandor based off a screenplay written by Art Marcum, Matt Holloway, and Richard Wenk. It is expected to his theaters on January 13, 2023.

What do you make of the Chameleon playing an antagonist role in the upcoming Kraven the Hunter film?