ABLAZE Publishing announced four new supernatural and horror titles that will arrive in September just in time for Halloween.

The four titles include He Who Fights With Monsters #1, Monstermind: Dealing With Anxiety & Self-Doubt, Crueler Than Dead, and Trese Vol. 3.

He Who Fights With Monsters #1 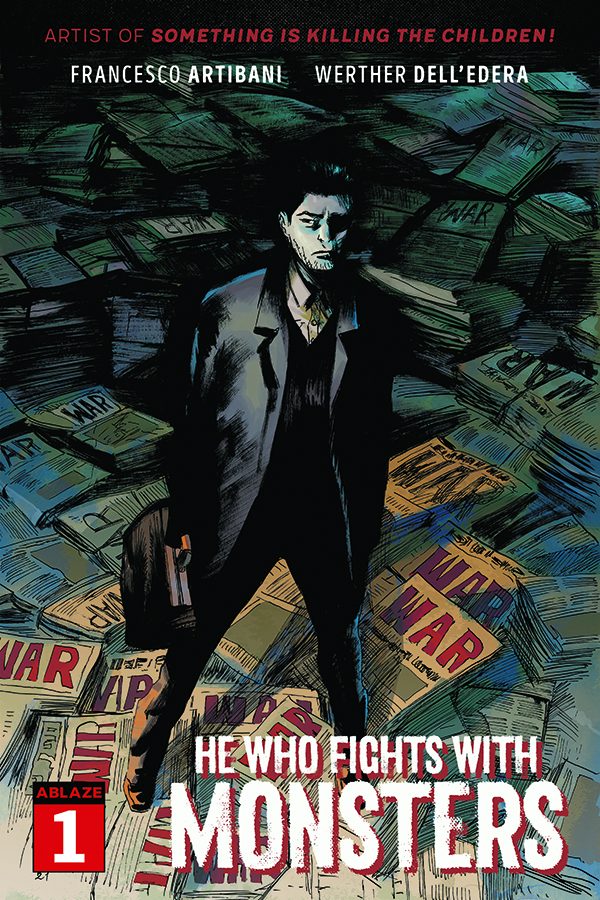 Source: He Who Fights With Monsters #1

He Who Fights With Monsters #1 comes from Francesco Artibani and Werther Dell’Edera.

The official description states, “On All Hallows’ Eve, a community struggles under the boot of the Nazi war machine when supernatural forces come to play a part in the conflict! From the artist of the bestselling Something is Killing the Children comes a Halloween tale that will send shivers up your spine…”

It continues, “World War 2 is raging and the struggle between good and evil is in full force. In Prague, the great Bohemian city is being oppressed by the Nazi occupation and the population lives in terror, while the resistance forces try to organize themselves in the shadows.”

The description concludes, “It is an almost impossible task. With the ruthless SS tightening their grip on every street and neighborhood with overwhelming might, only one hope feeds the struggle. A crazy hope, which rests on the fragile foundations of an ancient, monstrous legend…” 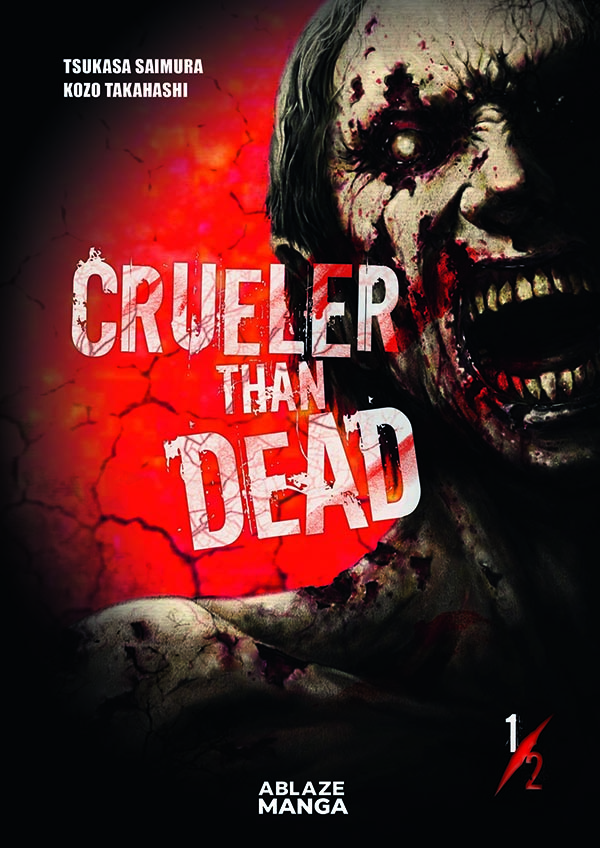 The official description begins, “Crueler Than Dead features fast paced and extremely graphic violence concealing none of the absolute horror…and requiring a strong heart and stomach!”

It adds, “No one knows where it started…but when the world finally realized what was going on, it was already too late.”

“When Maki Akagi wakes up in a lab full of corpses, she learns from a dying soldier that she is the result of a last-ditch experiment to cure humans of a virus turning them into zombies,” it continues.

The description goes on, “Accompanied by a young boy who also miraculously escaped, she will have to try to get to the very center of a devastated Tokyo filled with bloodthirsty monsters. The dome located there contains the last survivors of mankind. And humanity’s very survival depends solely on a few drops of this miraculous vaccine…

The description concludes, “Inspired by Katsuhiro Otomo (Akira), The Walking Dead, Romero classics, and new zombie films like 28 Days Later, Crueler Than Dead delights in the meticulous gory details of decomposed flesh, with a wicked and hungry eye…evoking a modern vision of a zombie world that is terrifying, tension filled and unsettling!”

Monstermind: Dealing With Anxiety & Self Doubt 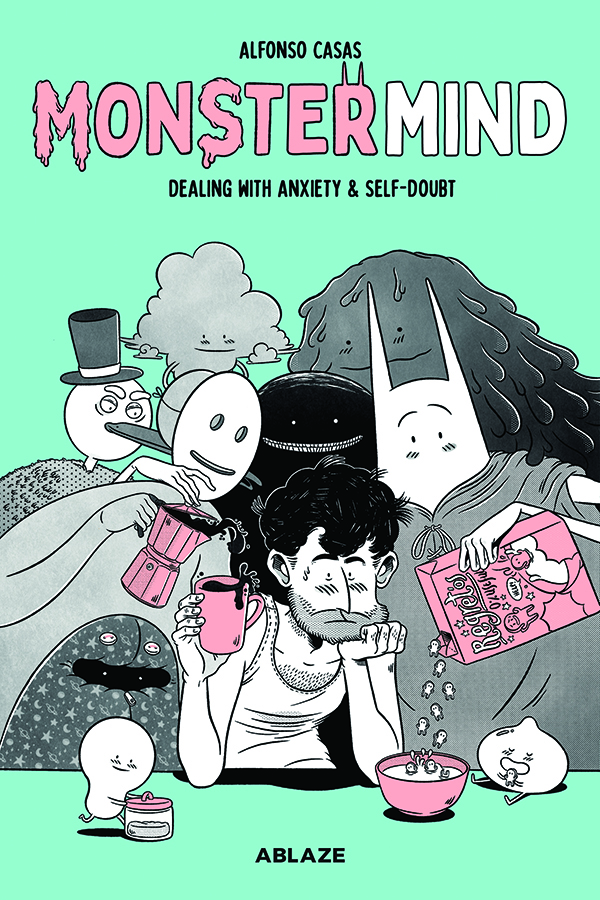 Monstermind: Dealing With Anxiety & Self Doubt comes from the mind of Alonso Casas.

The official description reads, “Alfonso Casas’s MonsterMind is a very personal account of the inner monsters that live inside his head. But who doesn’t have a monster inside them?”

It continues, “Who has never heard that voice inside their head undermining everything they do? You’re not good enough…You just got really lucky…There are people far better and more qualified than you…”

“In a very honest exercise, Alfonso Casas identifies and introduces his own monsters to his readers: Mr. Past Traumas, Mr. Fear, Mr. Social Anxiety, Mr. Impostor Syndrome, Mr. Sadness, Mr. Doubt…the pessimistic, the insecure, the self-demanding, the monster that keeps you from sleeping while you think of what you could have said back in that conversation two years ago, or that keeps you looking over the punctuation of every text message to figure out the tone lurking beneath the surface. All those monsters make up the bestiary of contemporary society,” the description states.

It concludes, “But the anxiety generation is expert in more things: in looking inside themselves and their lives, and – why not? – in laughing at their own neuroses as best they can. In the end, if the monsters won’t leave us, we might as well get to know them and laugh at them! Anxiety is another pandemic, but the monsters dwelling inside us are funny, too (especially as drawn by Alfonso Casas).”

ABLAZE reveals that the book also “includes a discussion guide to help readers further discuss anxiety and find ways to deal with it.” 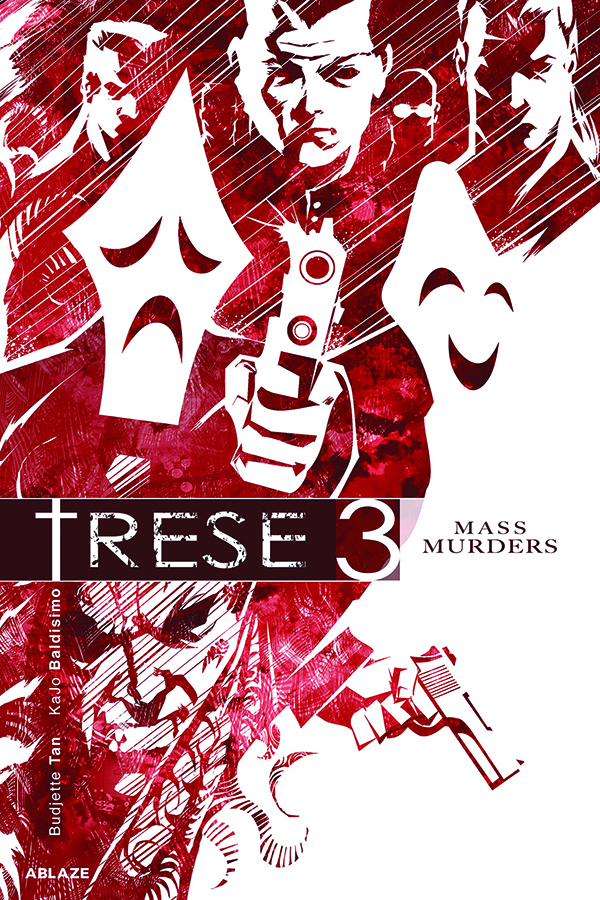 Trese Vol. 3 is created by Budjette Tan and KaJO Baldisimo.

It continues, “It’s 12 midnight in Metro Manila. Try to remain calm as you walk down the dimly lit streets. If you are suddenly surrounded by a pack of dogs that appear from nowhere – these might be segben tracking down their prey. Avoid the butcher’s shop that’s open at this hour. It might be a front for a gang of vampiric aswang (shape-shifting evil creatures of Filipino folklore).”

The description concludes, “Yet, there’s an even deadlier threat to the city tonight. An ancient being that thrives on violence and thirsts for blood has found new disciples in modern Manila. Sacrifice has been demanded. Rituals must be executed. When crime takes a turn for the weird, the police call Trese.”