Marvel Comics humiliated Danny Rand in the recent conclusion of the Iron Fist: Heart of the Dragon miniseries. 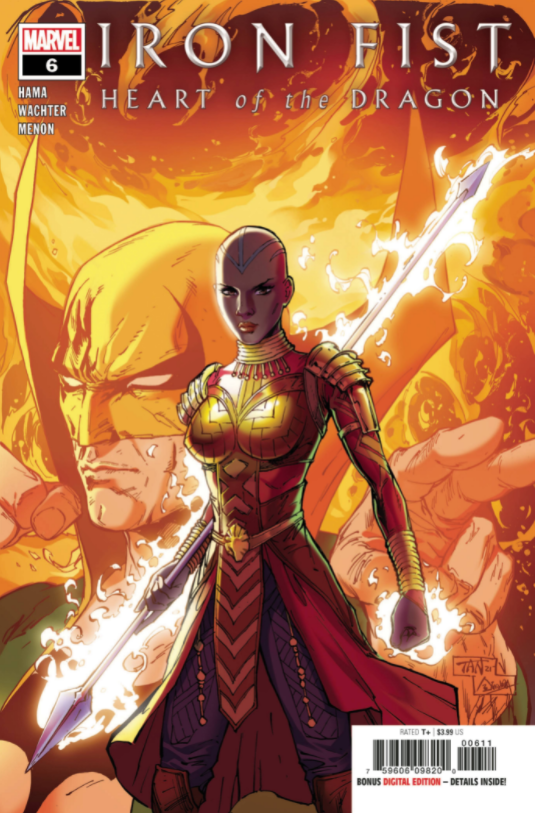 In Iron Fist: Heart of the Dragon #6 by Larry Hama, Dave Watcher, and Neeraj Menon, the issue concludes with Danny Rand rejecting the return of the Iron Fist from Okoye.

Instead Hama has Rand say, “That’s not the way it works, Okoye. It’s yours now.”

He then adds, “And anyway, I wasn’t all that good at it in the first place.” 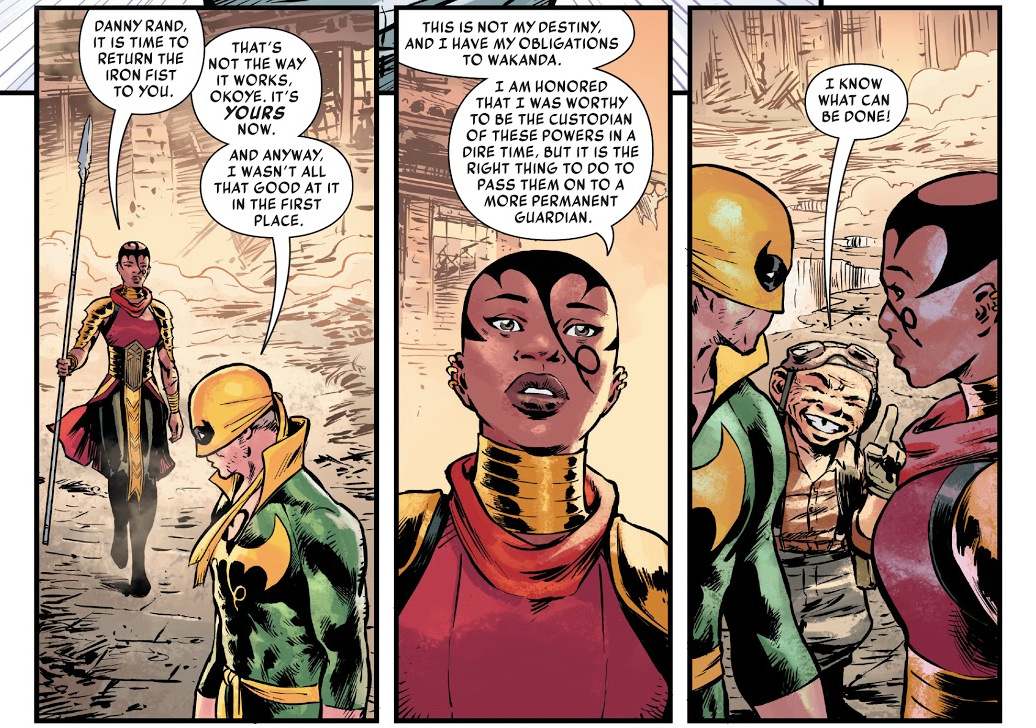 With Rand rejecting the Iron Fist, Okoye returns the power to the egg of Gork the Undying because she no longer wants it.

The book concludes with Rand telling Luke Cage he plans to live his life to the fullest now that he’s no longer infused with the power of the Iron Fist.

Now, the real kicker is that earlier in the issue after Rand gives up the Iron Fist abilities, Okoye tells him, “You are the true hero, Danny Rand.” 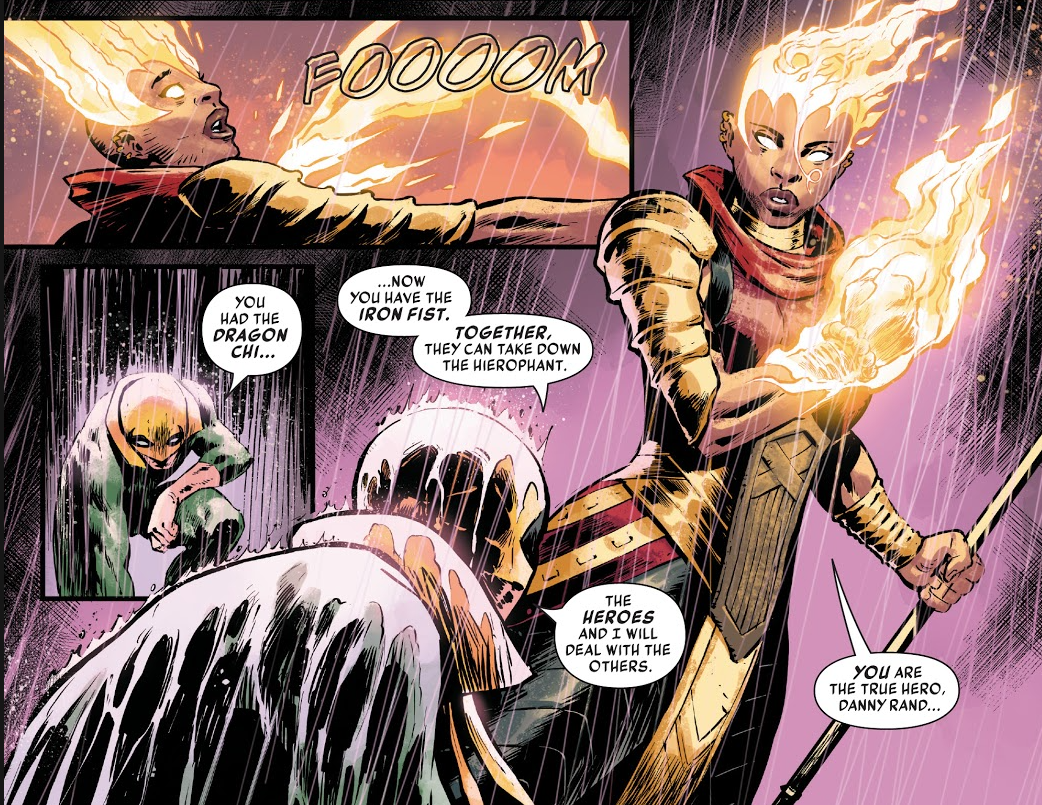 So Hama went from having Okoye describe Rand as a “true hero” to Rand saying he wasn’t good at being the Iron Fist despite years of training in K’un Lun to attain the ability.

Rand would prove himself worthy of the Iron Fist even being described as the best student in Ku’n Lun all the way back in Marvel Premiere #16. 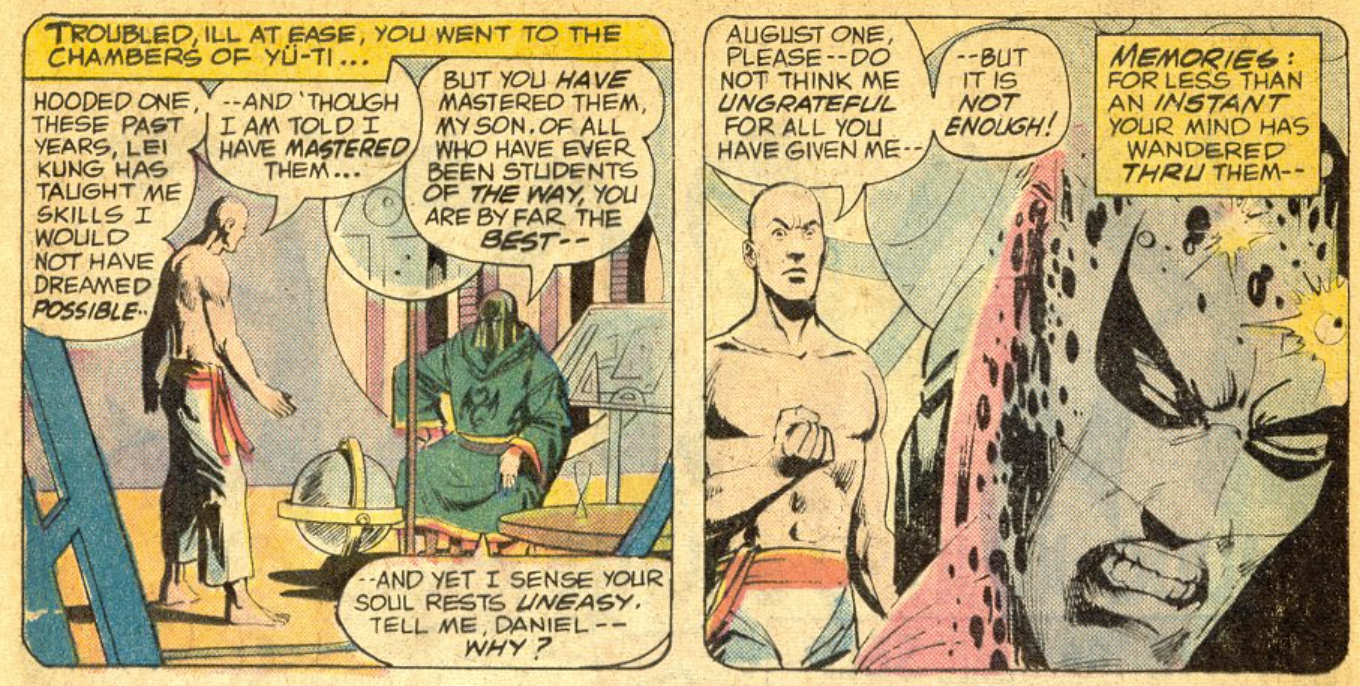 Still he was not satisfied with his martial arts training. He would then be tasked with attaining the power of the Iron Fist. And he would achieve it by defeating Shou-Lao the Undying. 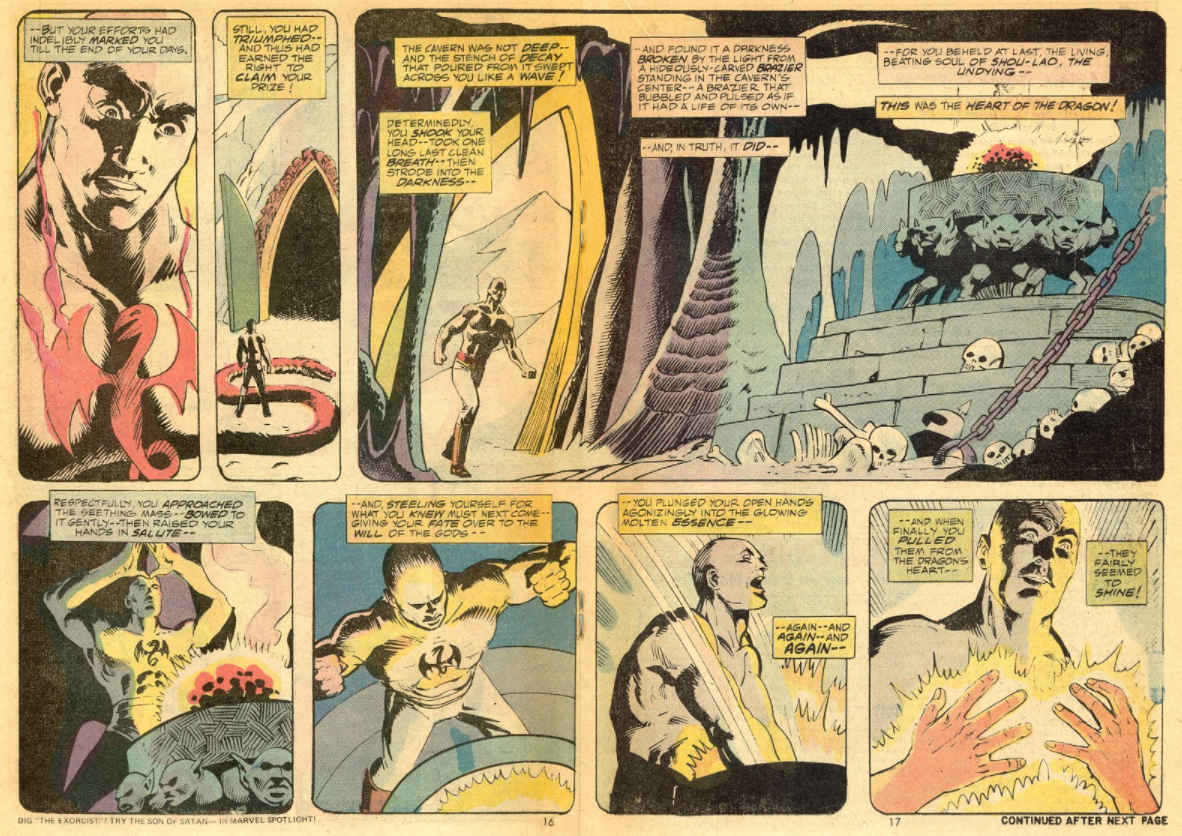 After obtaining the power of the Iron Fist, Rand went on to seek revenge for the death of his father, but he would also work to protect the people of New York even teaming up with Luke Cage in Heroes For Hire.

He most definitely did not suck at being Iron Fist and I would argue it’s out of character for Rand to even say such a thing. He put in years of hard work and sacrificed his own body to achieve the Iron Fist.