Marvel Comics writer Dan Slott, who is currently writing the on-going Fantastic Four series, announced he will not return to Spider-Man. 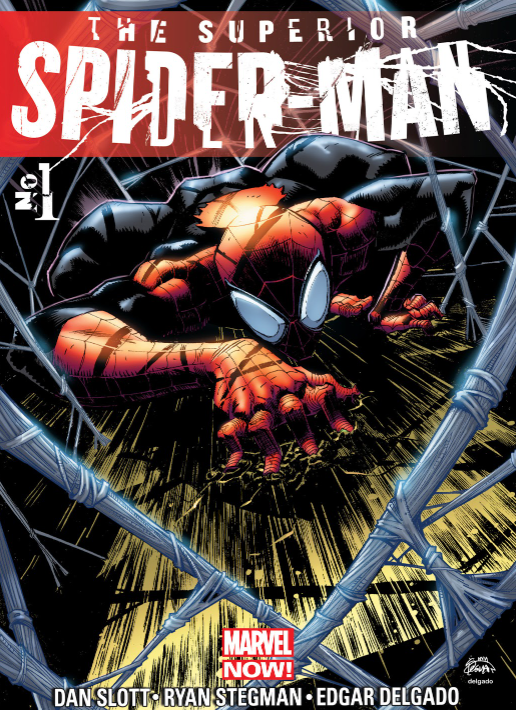 “Let me put your fears to rest. Writing Spider-Man 2Xs (sometimes 3Xs) a month is a young writer’s game. My time for that is well. I [heart emoji] Spidey, but that’s just not in the cards.” 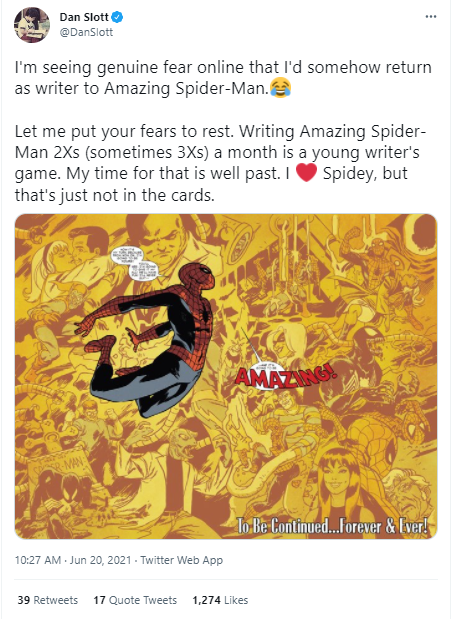 Slott’s run on Spider-Man began with The Amazing Spider-Man #546 alongside writers Marc Guggenheim, Bob Gale, Zeb Wells, Joe Kelley, Fred Van Lente, and others. Slott would pen issues #546 through #548. He would then return for #559 and #561.

Slott would continue to pen short arcs including New Ways To Die, Mind on Fire, and Face Front. Eventually he would conclude the Brand New Day storyline in Amazing Spider-Man #647.

He would then take over full writing duties with Amazing Spider-Man #648. Shortly into this run, Spider-Man would join the Fantastic Four filling in for a missing Johnny Storm. 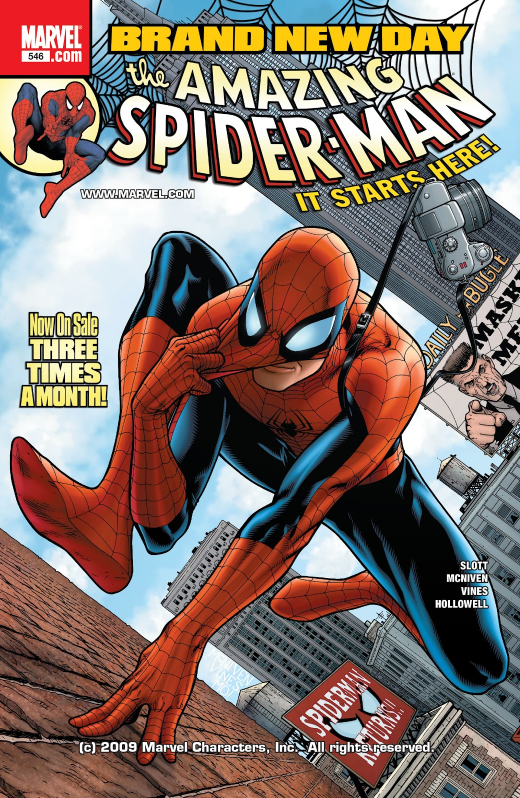 Following Spider-Verse was The Clone Conspiracy and the Venom Inc. crossover.

Slott would close out his run on Spider-Man with a one-off issue in The Amazing Spider-Man #801. 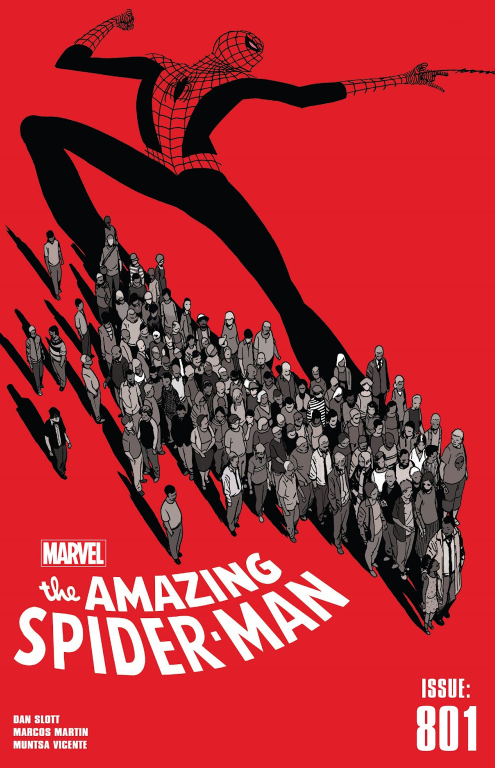 What do you make of Slott announcing he won’t be returning to Spider-Man?