An episode of Marvel’s 616, the Disney Plus documentary series which explores various aspects of Marvel’s history, has revealed that Dan Slott’s poor work discipline has garnered him a less-than-favorable reputation among his fellow Marvel creators. 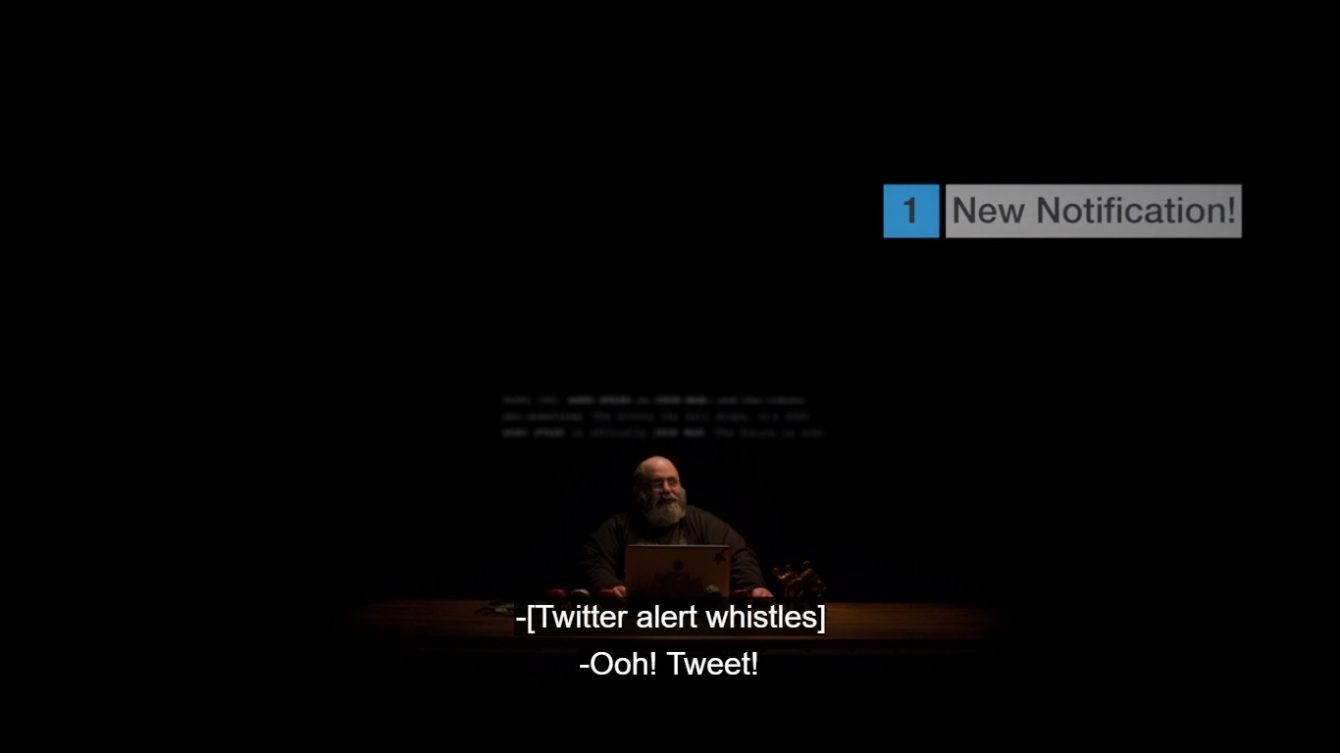 In the seventh episode of Marvel’s 616’s first season, ‘The Marvel Method’, Disney and Marvel sought to explore the history and usage of the publisher’s eponymous production technique, in which “a writer develops and passes a plot summary to an artist to construct the visual action and story beats.”

To explore this approach to comic book creation, which has mostly fallen out of usage in recent decades, Disney focused their episode on Slott, one of the last Marvel writers who continues to utilize this method. 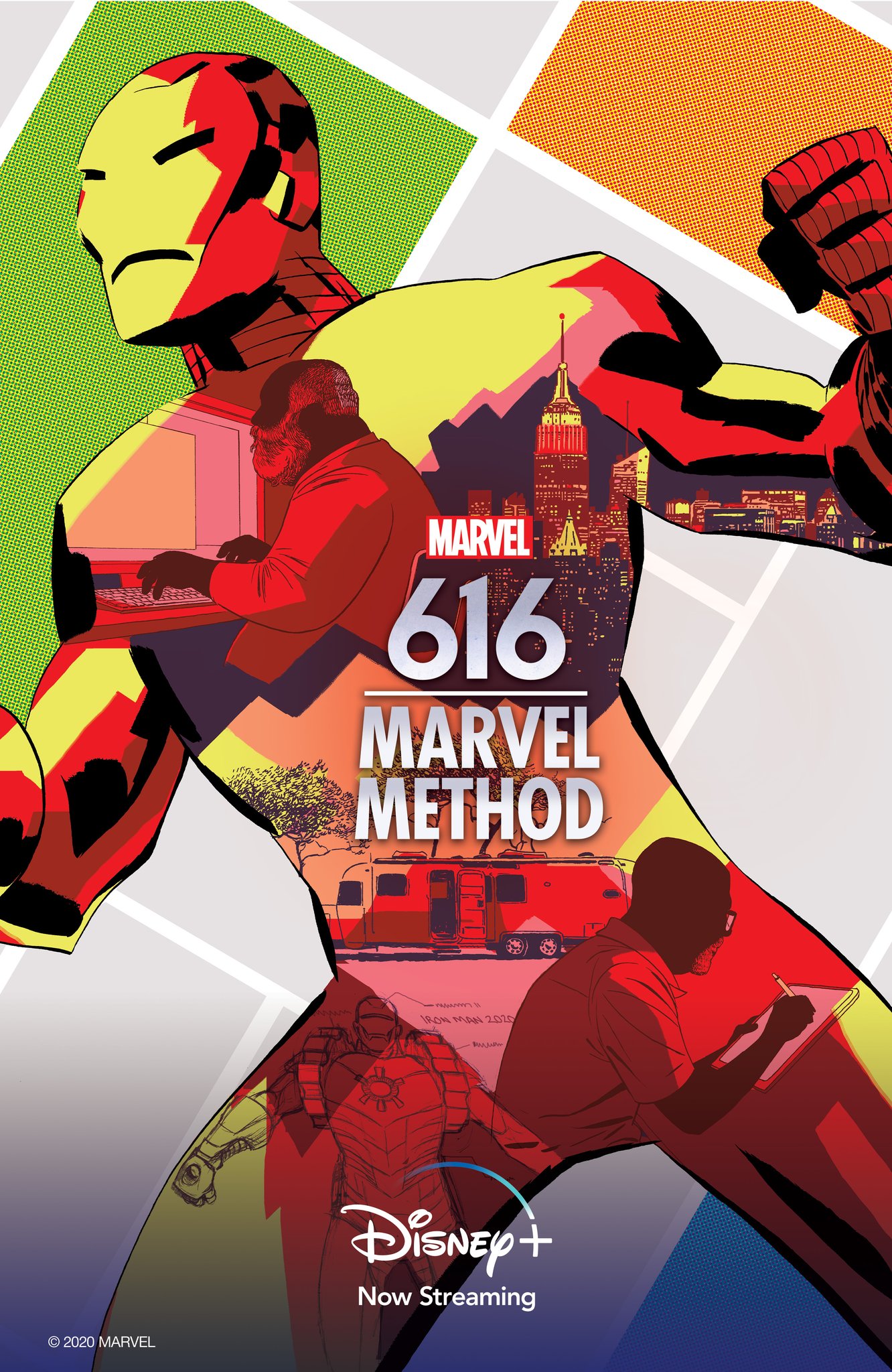 Slott has a notorious reputation among comic book readers, and many would argue, for good reason.

A seasoned comic book author, Slott has penned a number of books over the years, beginning his career at the House of Ideas with a back-up story for the New Warriors and a full issue of Mighty Mouse, and is the current author on the Fantastic Four’s main series. 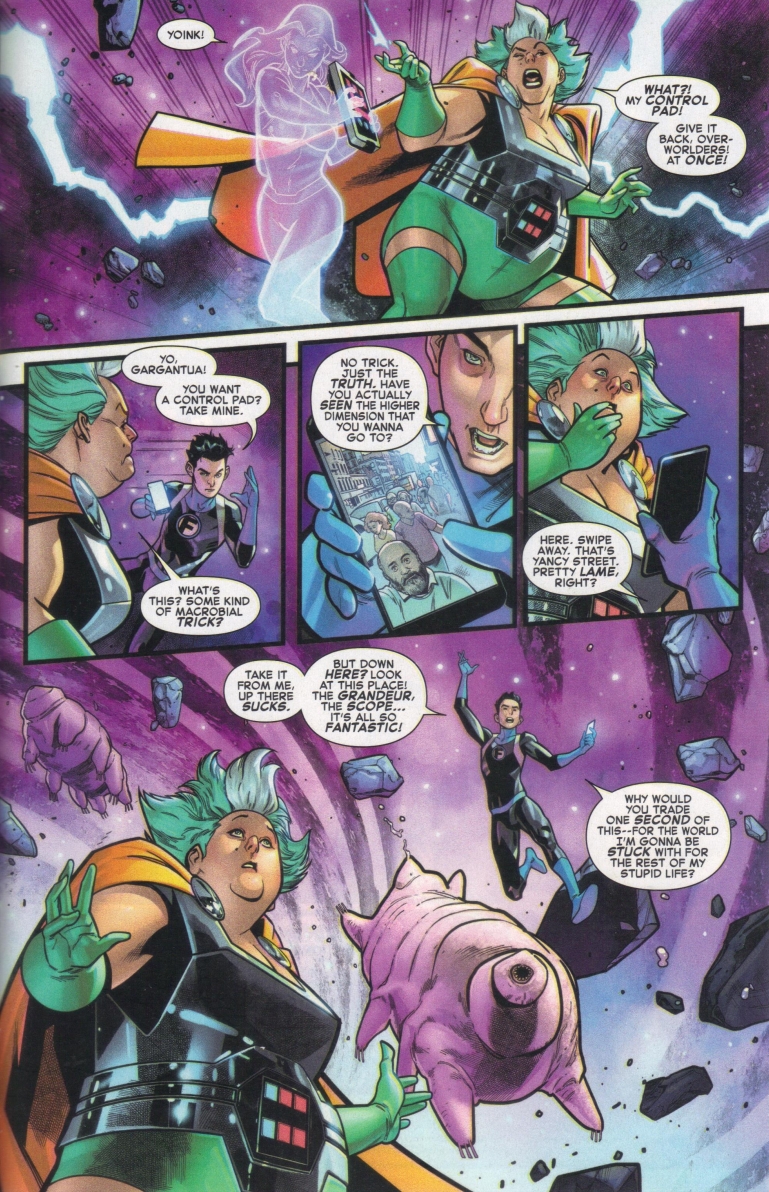 Some of his work, such as his Great Lakes Avengers miniseries or his run on She-Hulk, have been well-received by fans, while others, most notably his run on The Amazing Spider-Man, were considered to be some of the worst comics written in recent memory.

In fact, the Superior Spider-Man, arguably Slott’s most well-known creation, was only saved as a concept and a character thanks to his characterization by other authors, including Zeb Wells, Christopher Yost, and Mike Costa. 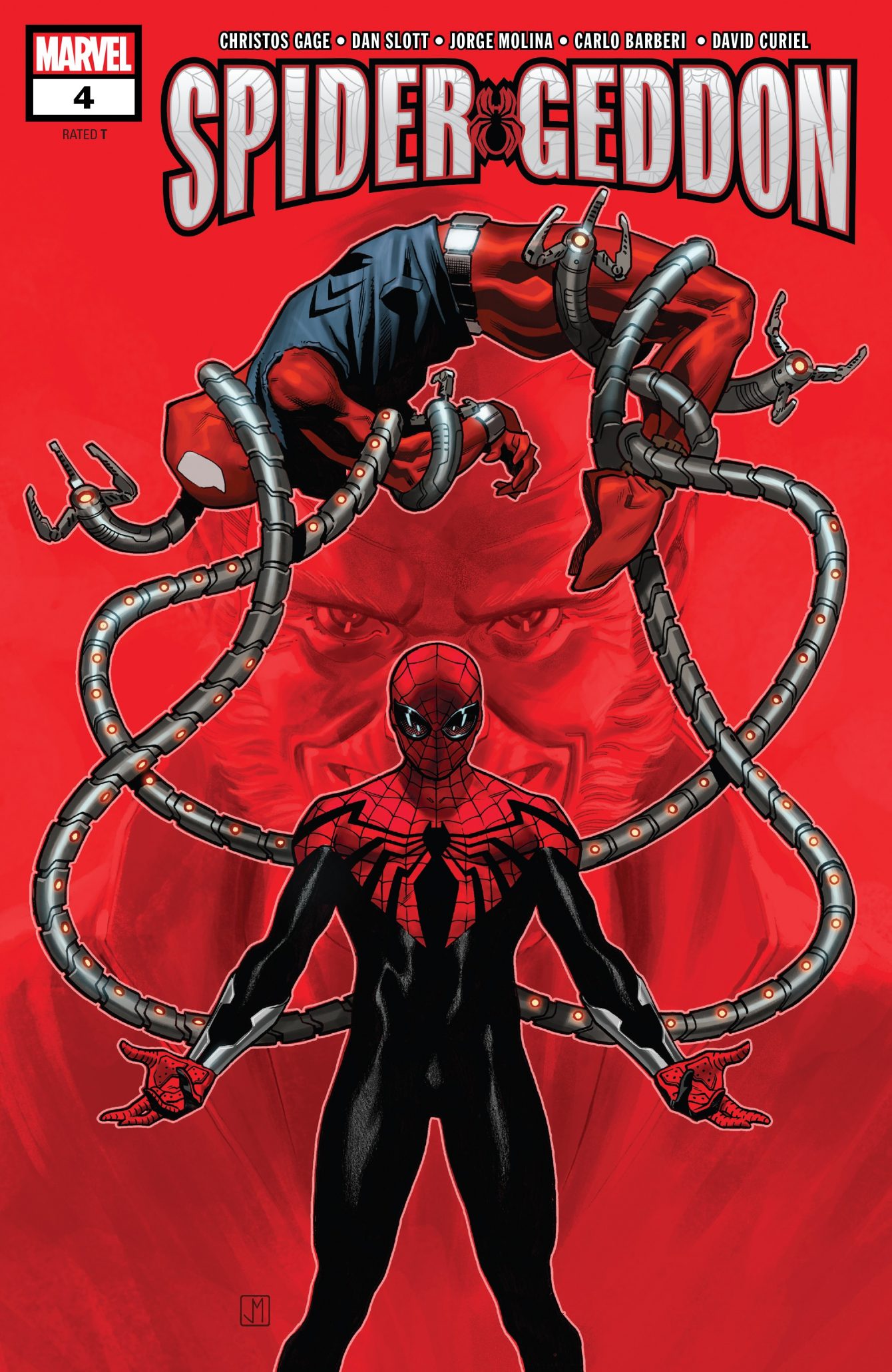 However, despite Slott’s long-time position at Marvel, ‘The Marvel Method’ reveals that the writer’s work ethic is particularly frustrating for his colleagues, which has resulted in his own personal reputation hitting abysmally low levels within the House of Ideas.

In one scene, Slott is seen approaching Marvel Executive Editor and Senior Vice President of Publishing Tom Brevoort to ask for more time to work on a script.

The Marvel executive then explains how “we use the term “work” loosely when it comes to Dan,” and adds that “Dan’s terrible with his deadlines.” 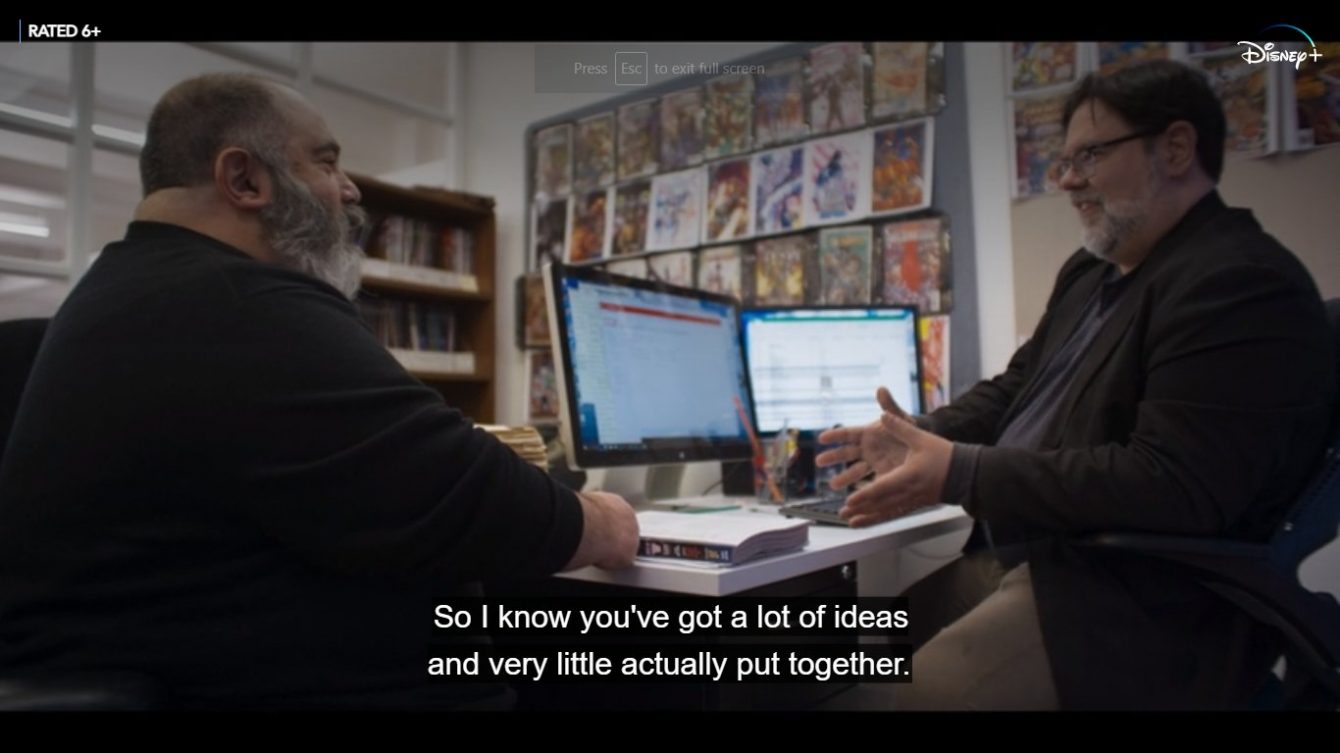 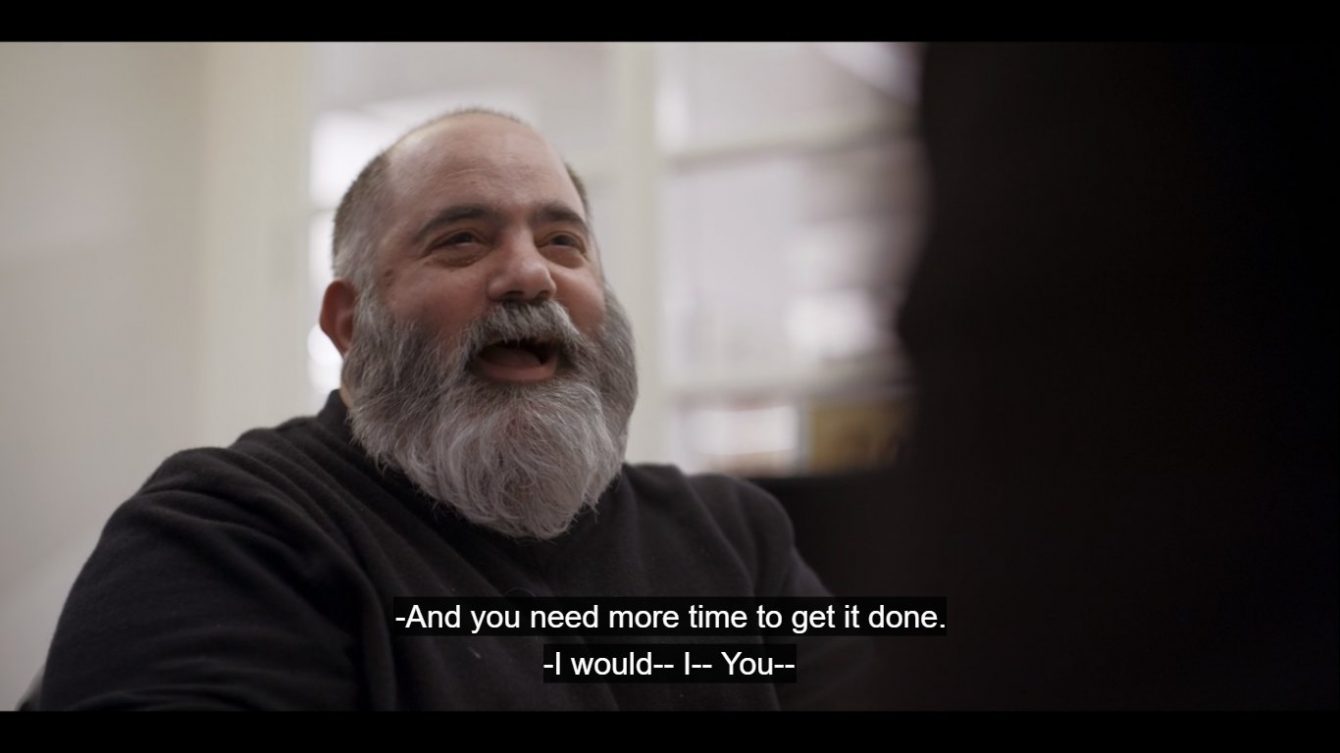 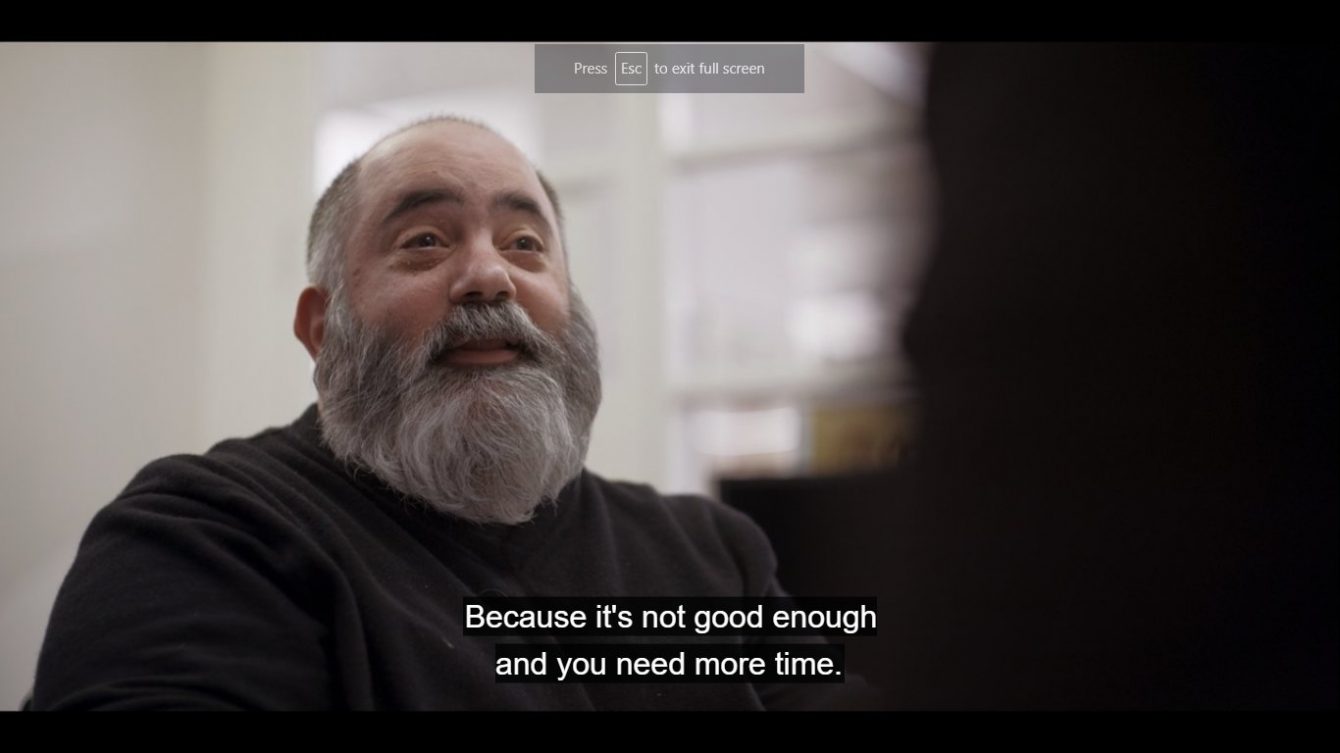 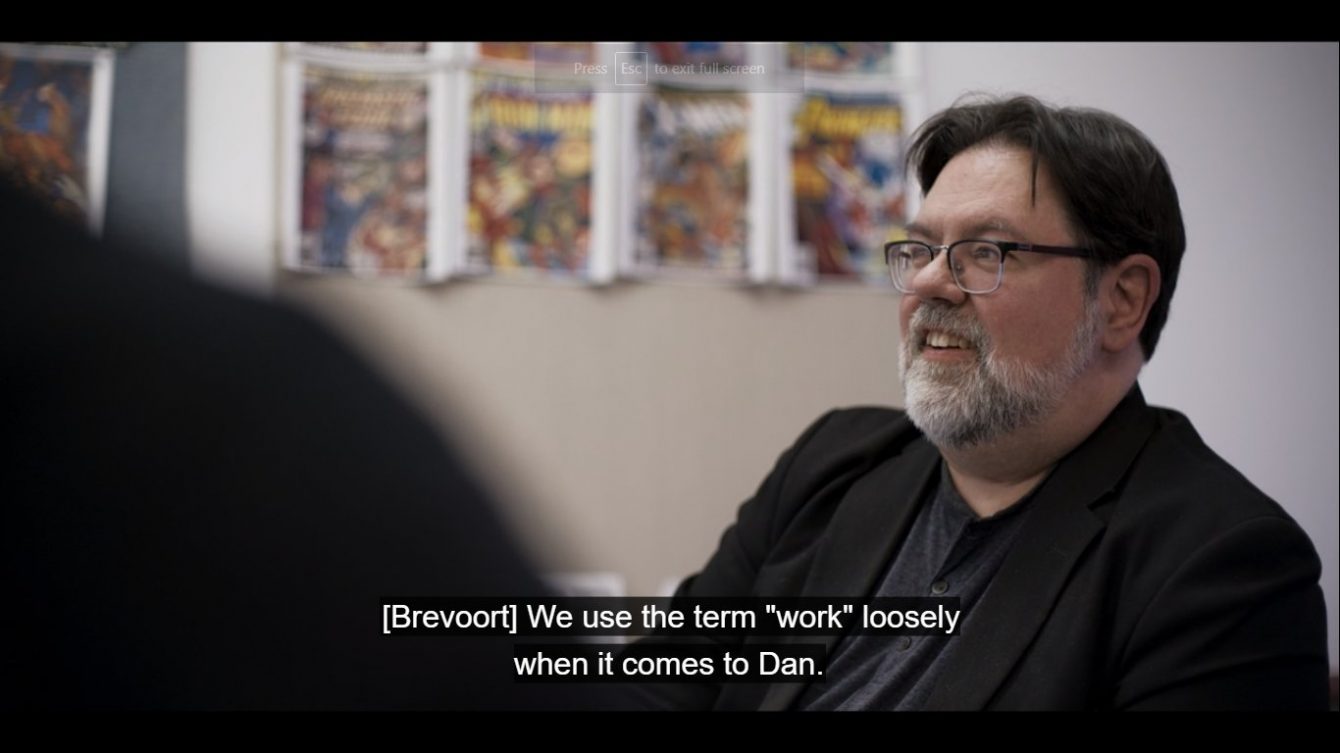 Based on this ongoing habit, Brevoort later expressed his confusion as to why the author utilized The Marvel Method, as “the reason Stan [Lee] started doing the Marvel Method, quite frankly, is he didn’t really have time to write those full scripts,” a luxury currently enjoyed by Slott. 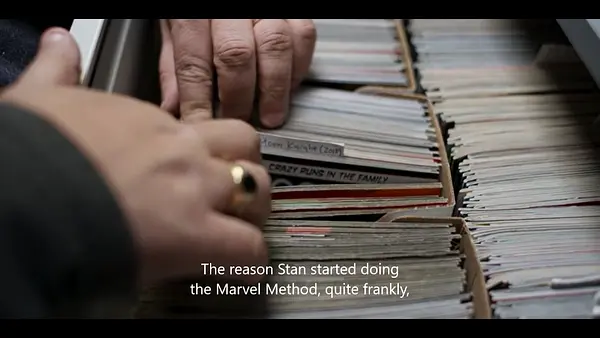 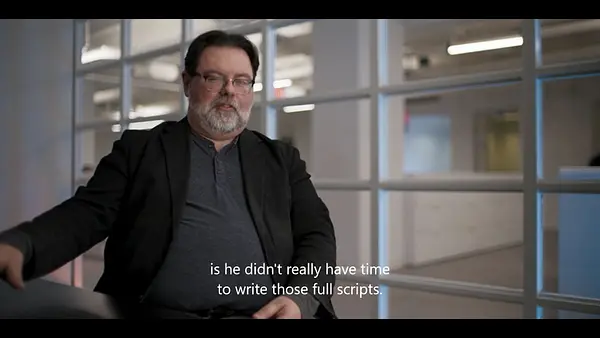 As the scene continues, Brevoort notes that “Dan is behind where I need him to be on his various assignments,” to the point where he “needed another writer to do the dialoguing on the book,” at which point Slott admits that “Christos Gage is half of my brain.” 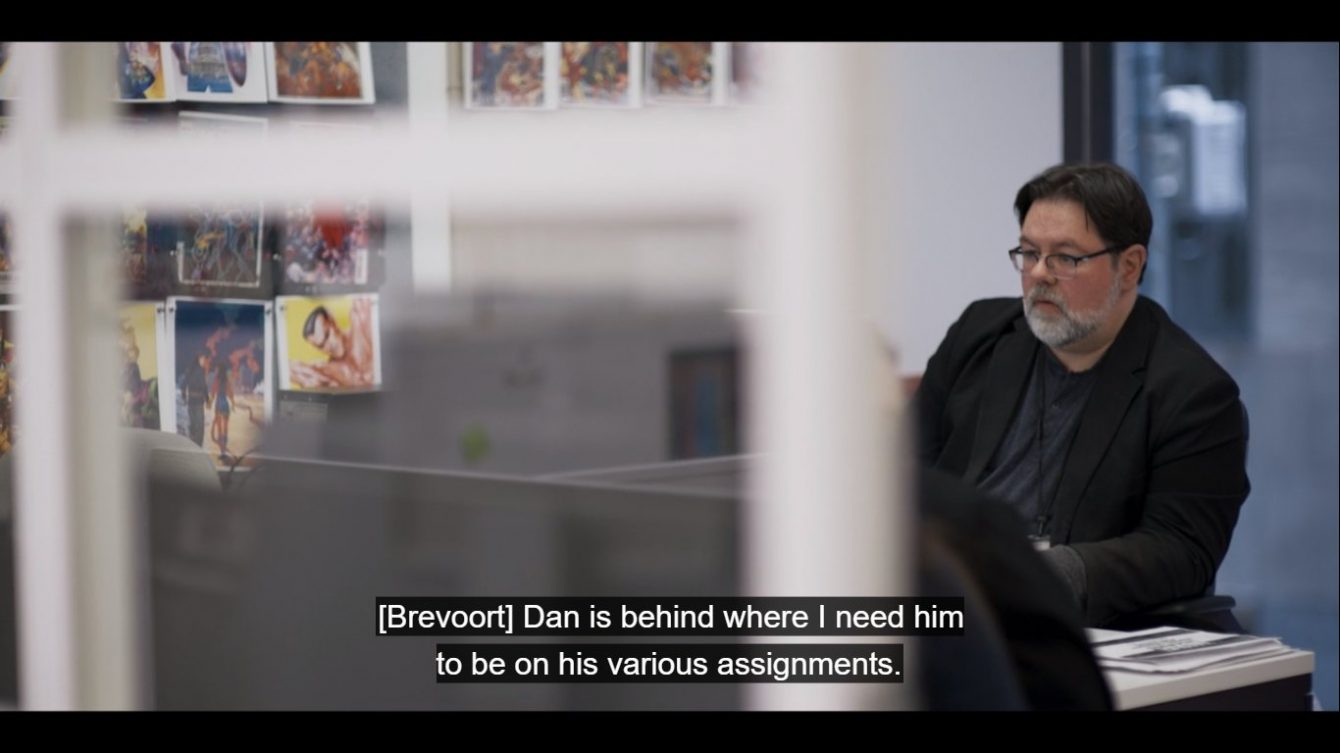 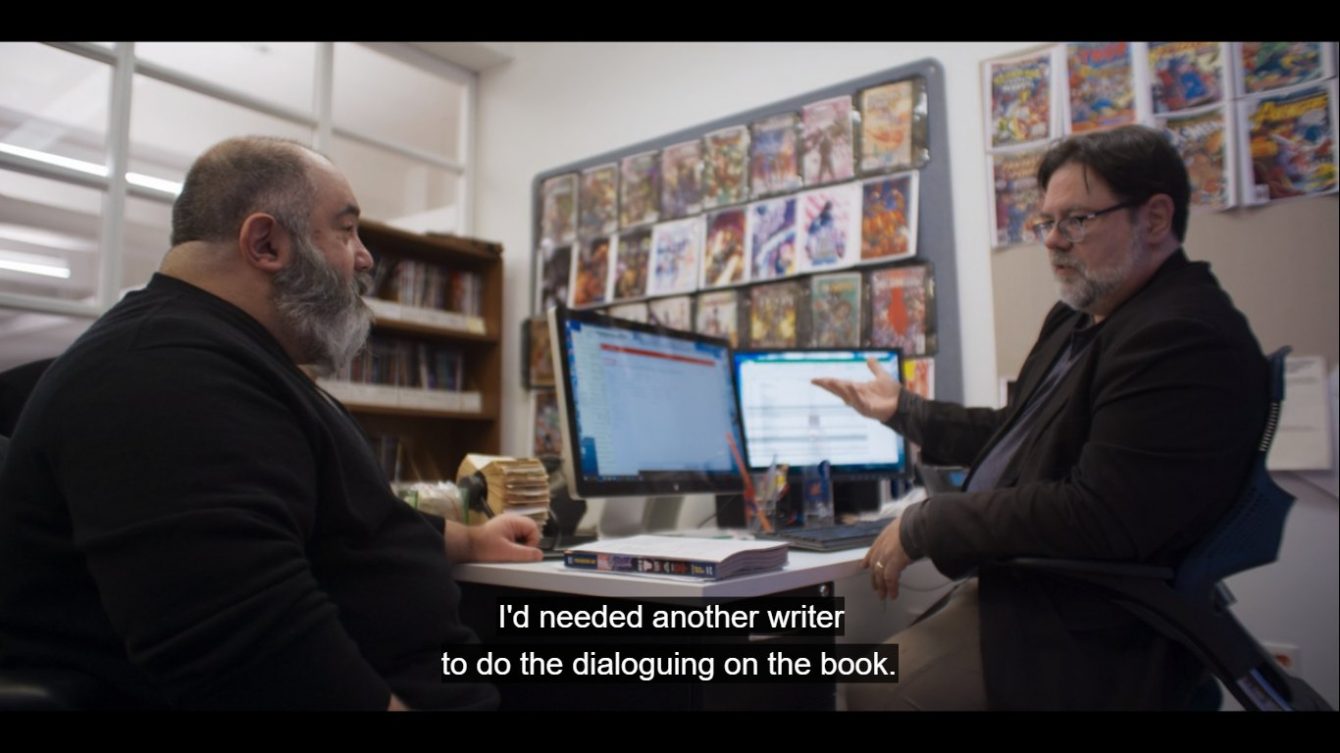 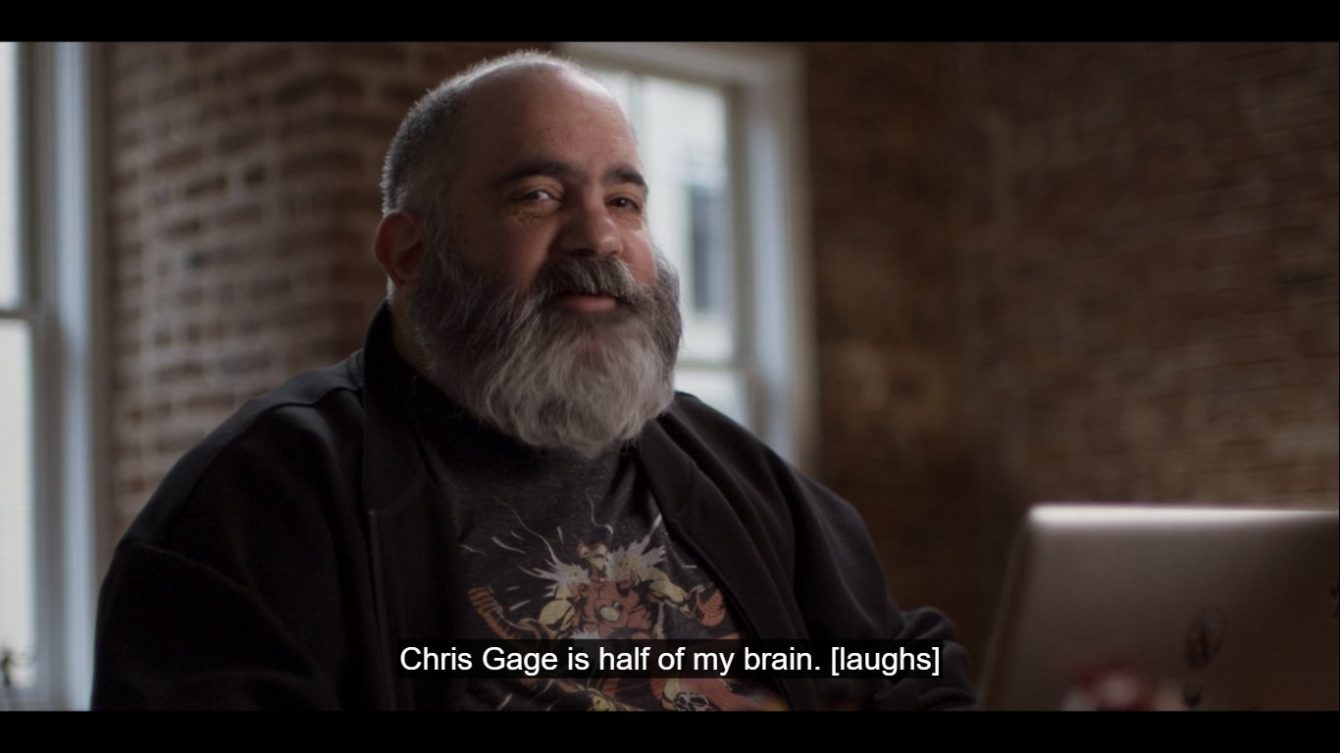 Gage, himself a storied author in his own right, is listed as the ‘co-author’ on several of Slott’s titles, including The Amazing Spider-Man, the original Spider-Verse crossover, and Avengers: The Initiative, a title which he would eventually take over in full. 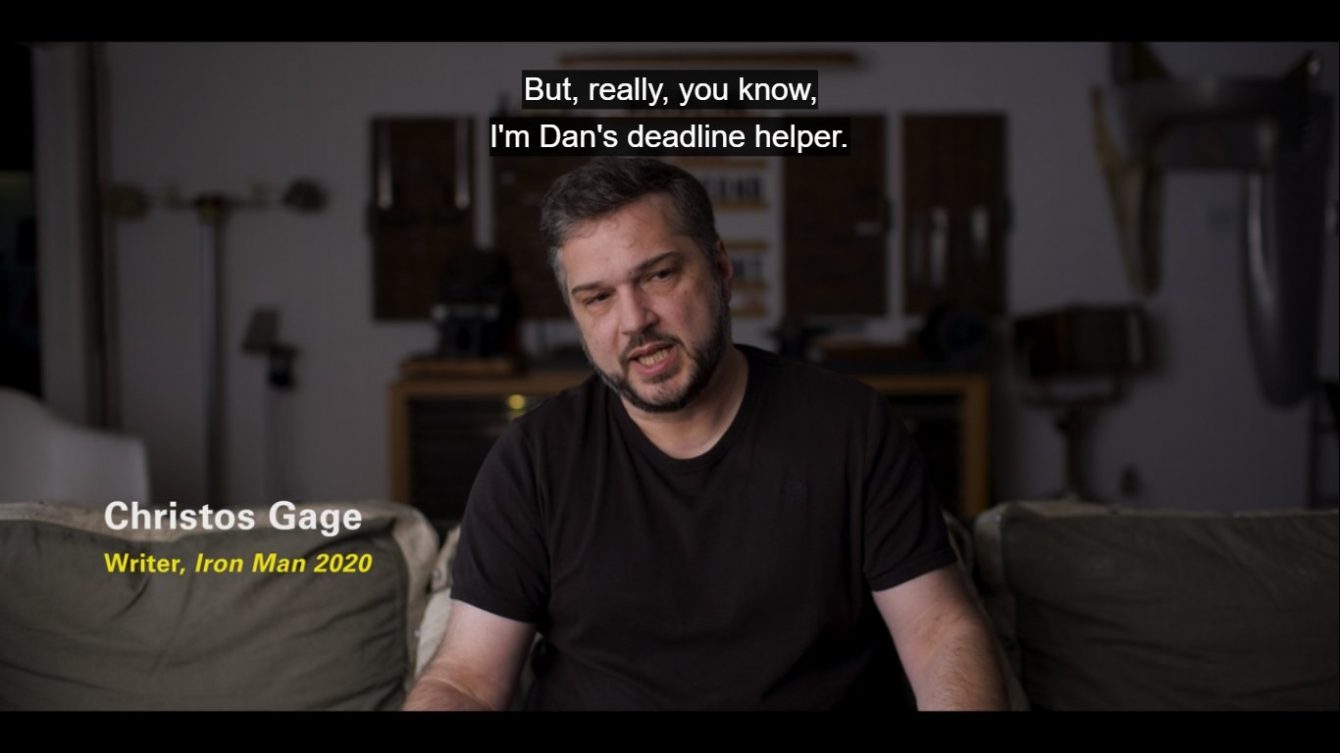 The documentary also speaks with veteran comic book letterer Joe Caramagna, who reveals that “because Dan works in the Marvel Method, I’m usually waiting longer than I am from everyone else.”

“By the time I get the script from Dan, it’s usually about two days before the book has to go to press,” explains Caramagna. “I’m always sending a text or e-mailing, begging and pleading, “Someone please send me some script.” 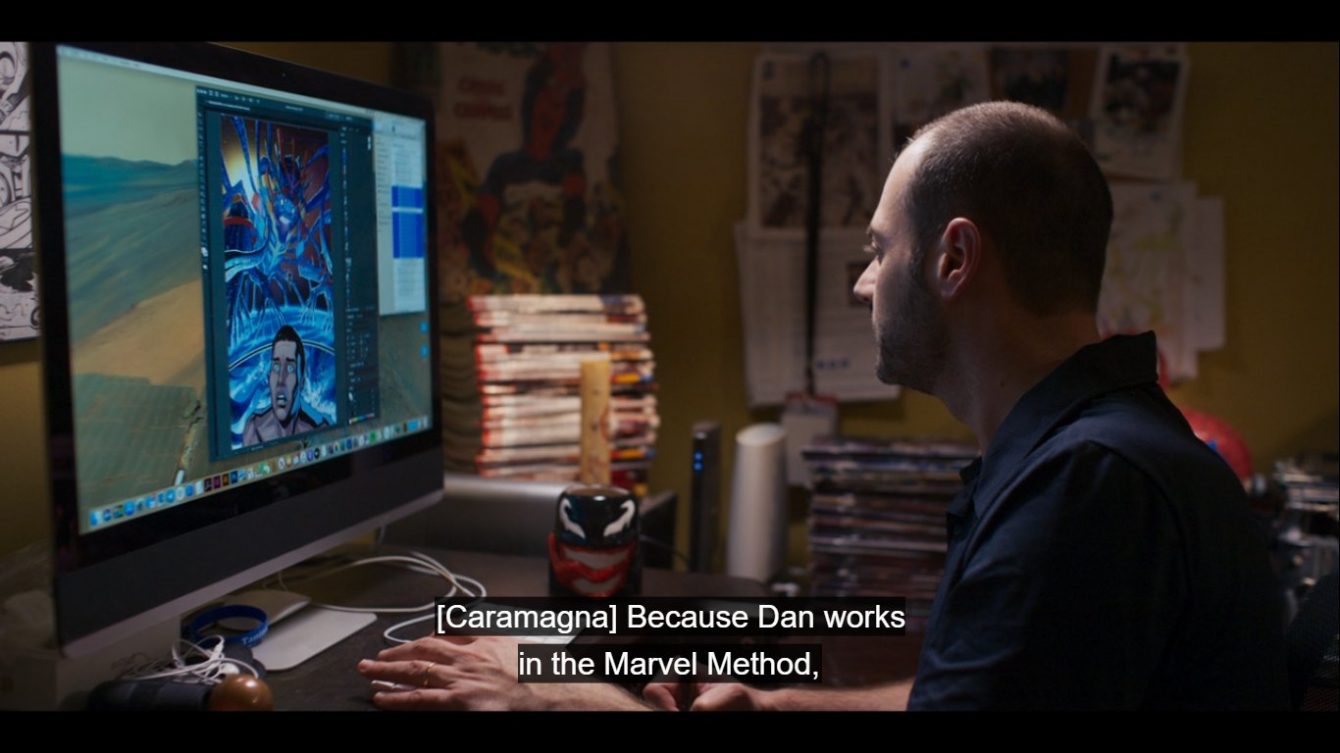 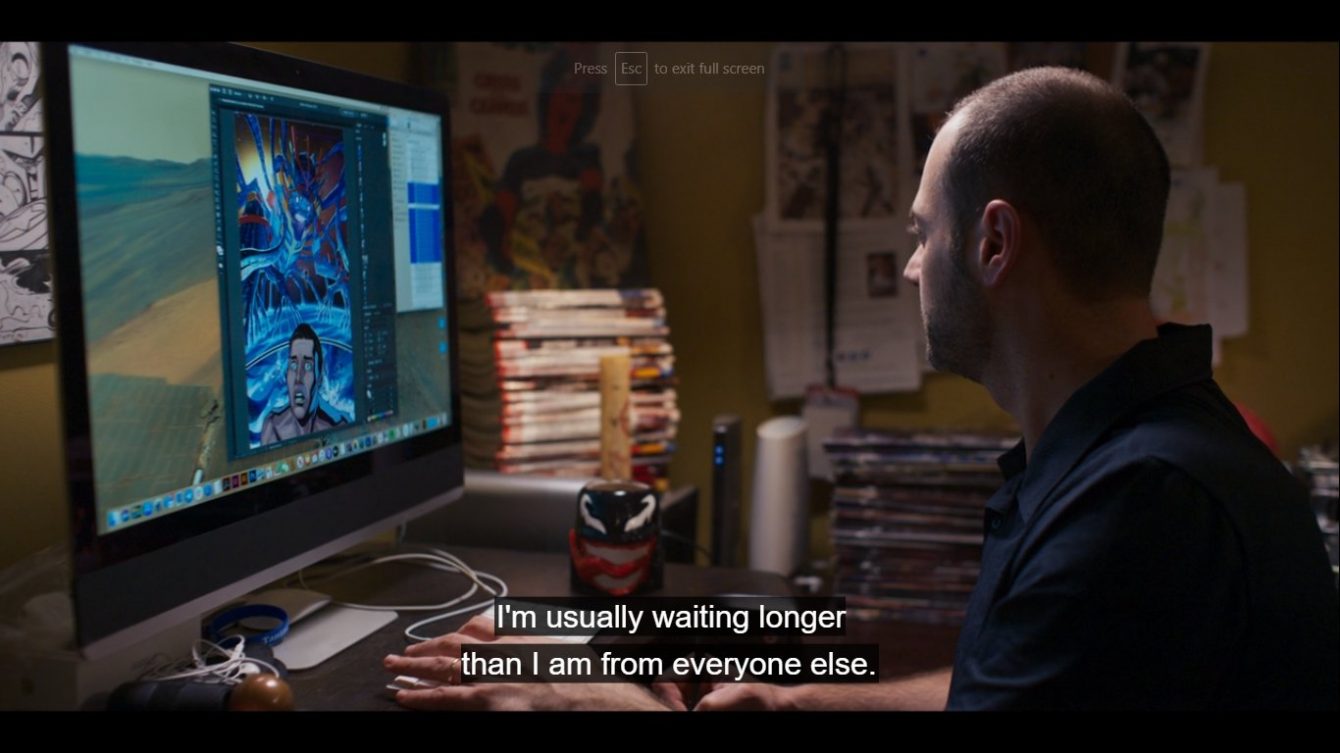 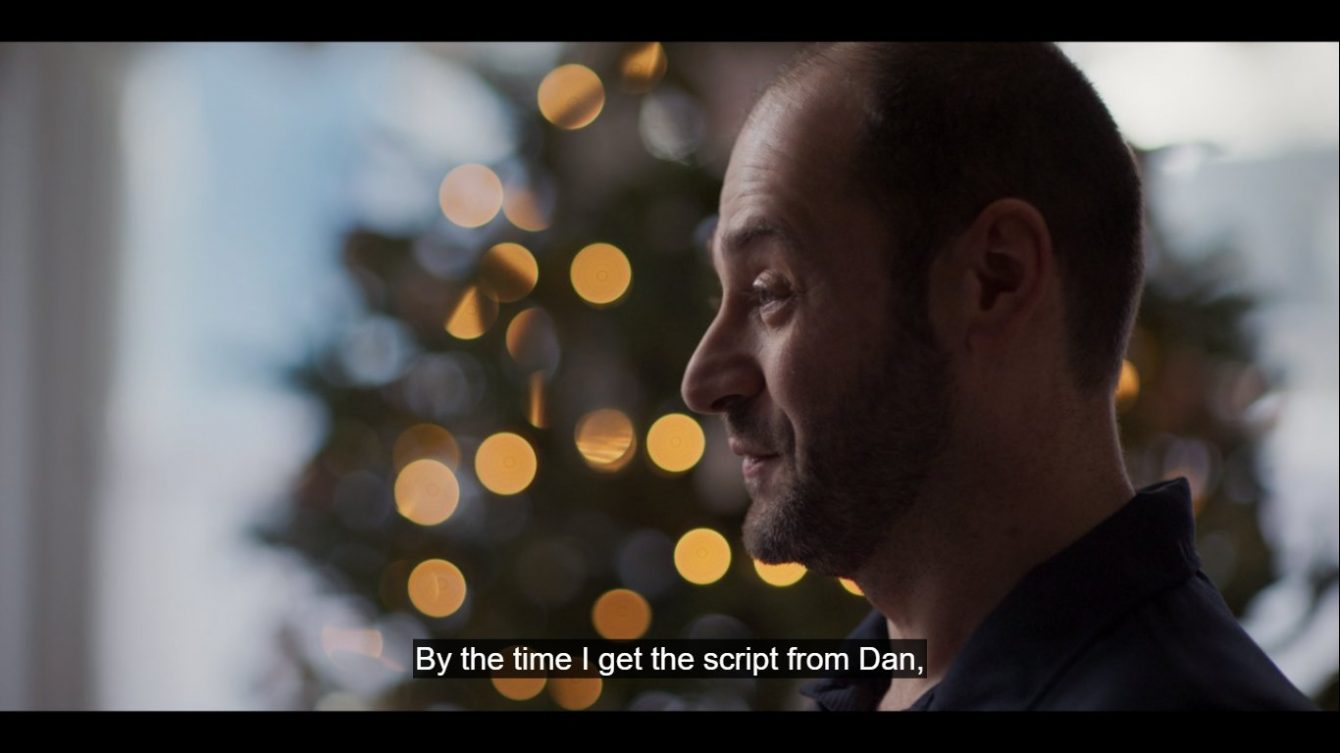 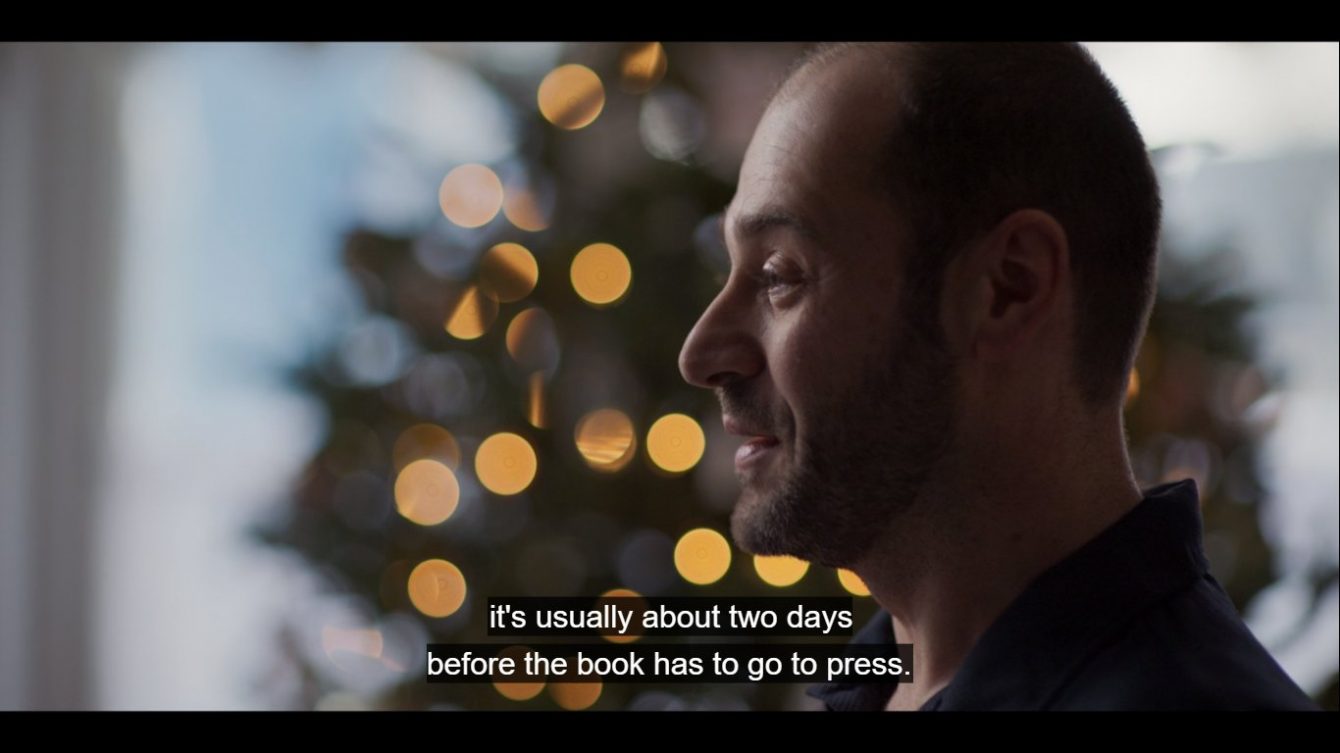 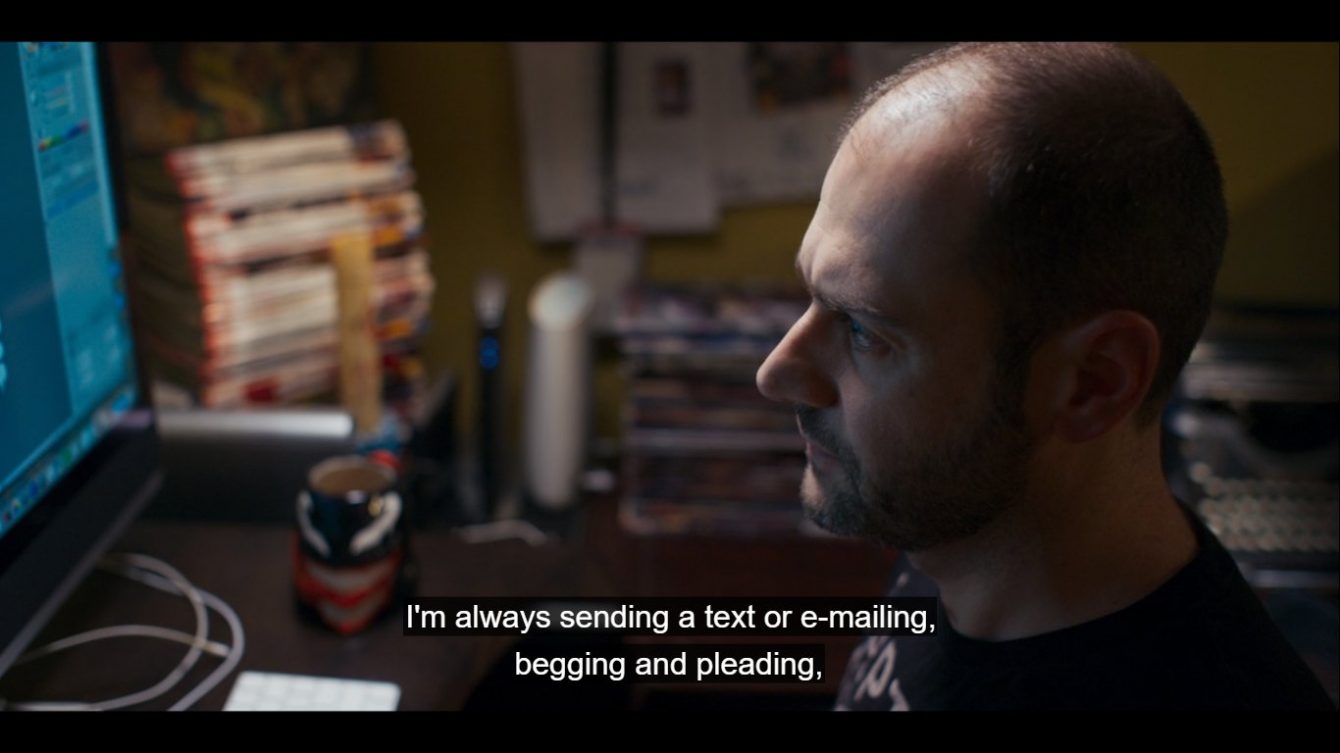 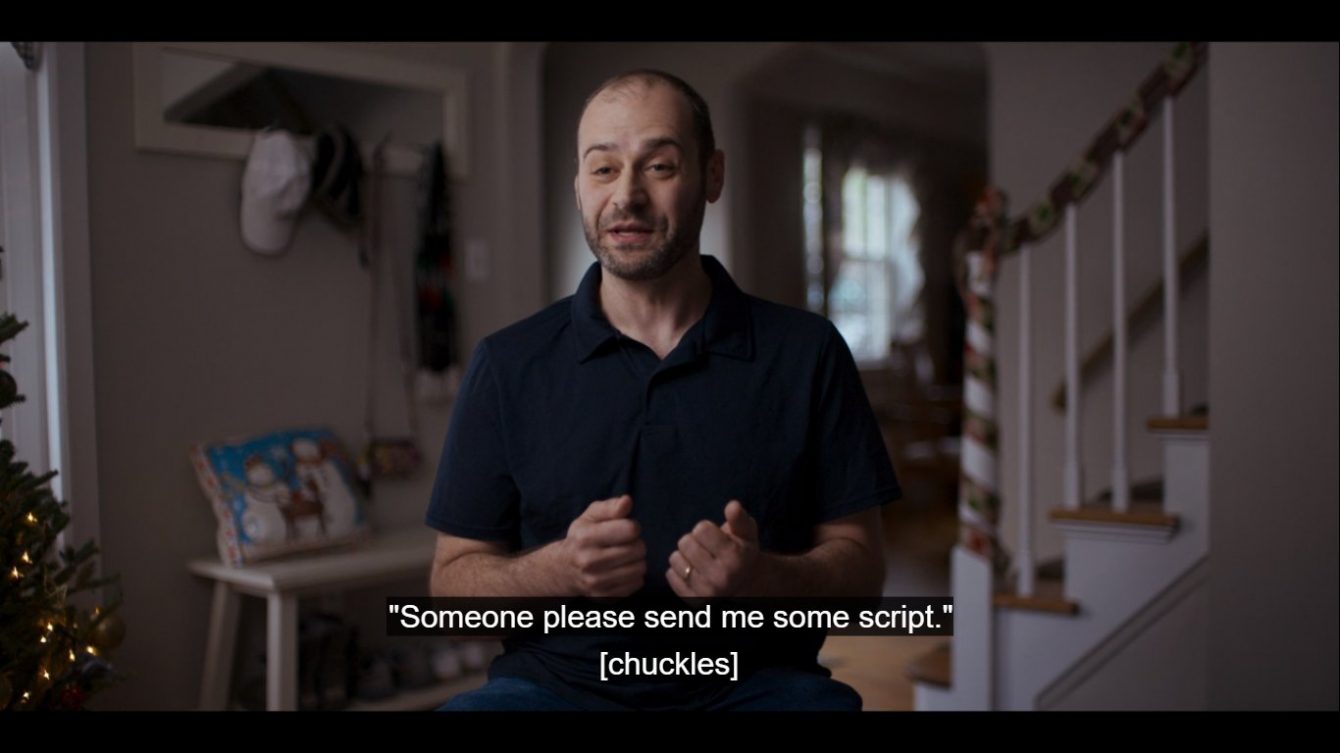 Related: Rumor: Darkhawk Series In Development for Disney Plus

Following the premiere of this episode on the streaming service, creators involved in its production took to Twitter to defend Slott from fan criticism being levelled at him based on the behaviors and anecdotes seen on display in the documentary, claiming that the episode’s contents were dramatized in order to make it more appealing to audiences.

Artist Pete Woods, who worked with Slott on the author’s recent Iron Man run, discussed how he had seen “dragging Dan like they actually had a crew following us for months and it proves he’[email protected] [sic] failure or something.”

“It’s TV, folks. I can’t believe they think it’s 100%,” said Woods. “While the comic making process is real, it has to be embellished to make the episode interesting.” 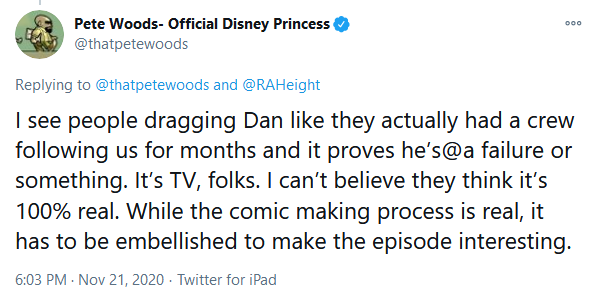 Gage himself defended Slott by pointing to how “Dan’s plots are much more detailed [and] broken down by page and panel,” as justification for Slott’s habit of producing “everything there except the specific words.”

“When Dan [writes the dialogue] himself,” Gage added, “he misses deadlines because he obsesses over the PERFECT words.” 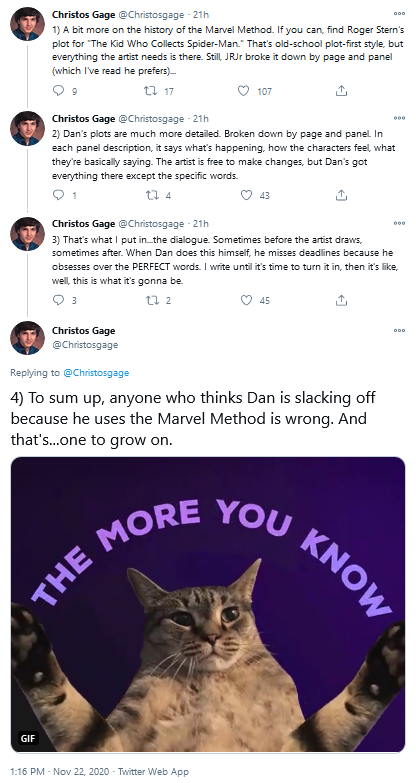 “I’ve scripted books down-to-the-wire, but I think anyone who understands how comic books are made knows plotting a book down-to-the-wire is not only silly, but kind of impossible,” Slott himself noted to his followers. “As was most of the time frame of the episode. But that and (many) liberties were taken for fun TV.” 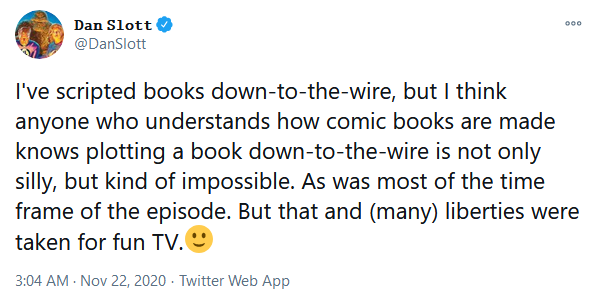 All eight episode of Marvel’s 616 are currently available to stream on Disney Plus.

What do you make of what was said in the documentary? Let us know your opinion  on social media or in the comments down below!