Leaked set photos from the production of the upcoming Disney Plus series Ms. Marvel have given audiences their first glimpse of Iman Vellani as Kamala Khan, otherwise known as the Inhuman Carol Danvers fan girl, Ms. Marvel. 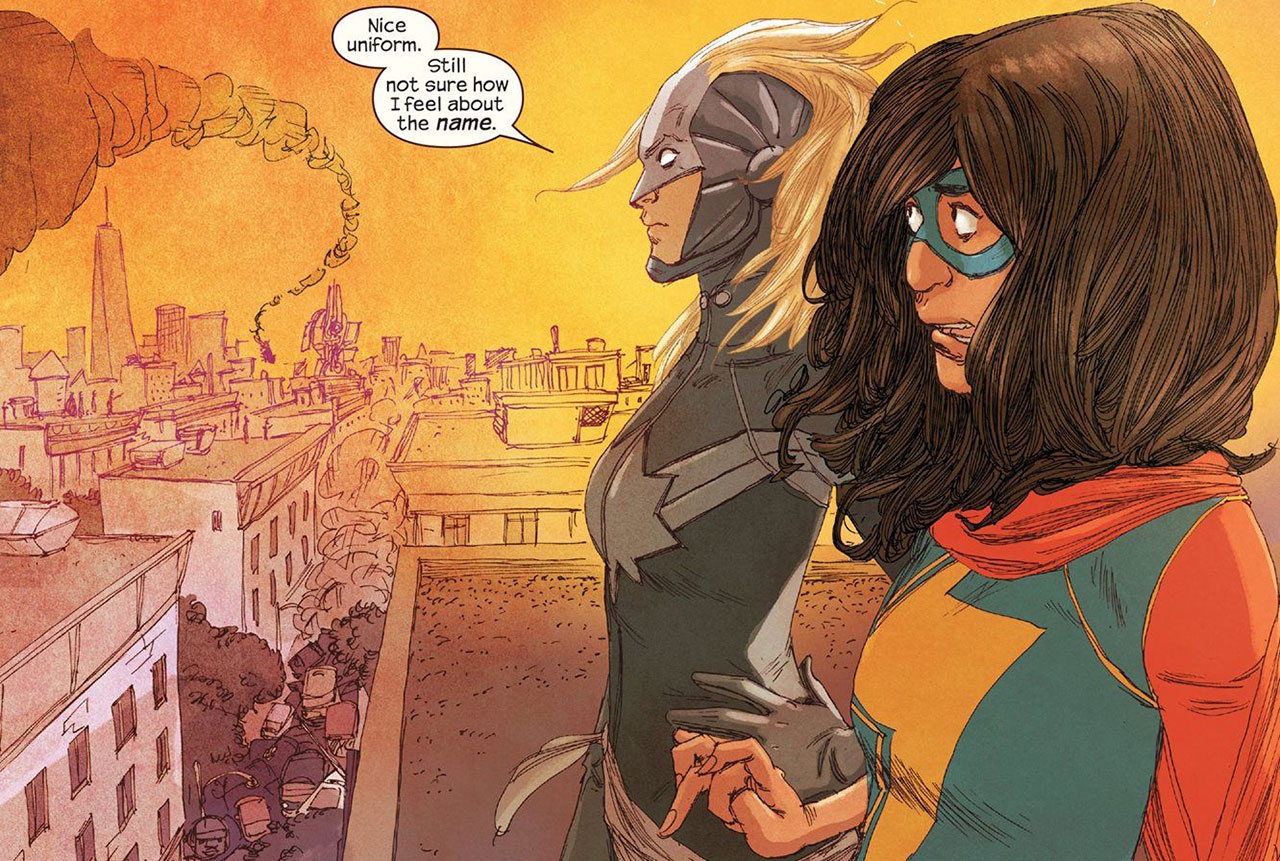 In one set of photos, Vellani, as Khan, is seen clad in what looks appears to be a ‘Binary-form’ inspired Captain Marvel, no doubt in homage to her favorite Marvel hero, Captain Marvel.

In another, Iman Vellani appears in her in regular clothes, riding her bike while wearing both a Captain Marvel-themed helmet and a facemask, presumably in a reflection of the ongoing COVID-19 pandemic currently gripping the real world.

Interestingly, Khan’s first reveal was done in a similar fashion to Brie Larson’s Captain Marvel, who was first seen by fans in her original Kree uniform through leaked photos from that production.

Of course, for those who remember these leaks, Larson’s appearance was deemed rather ‘lacking’, sparking memes about her costumed appearance that continue, to this day, to bring joy to fans across the internet. 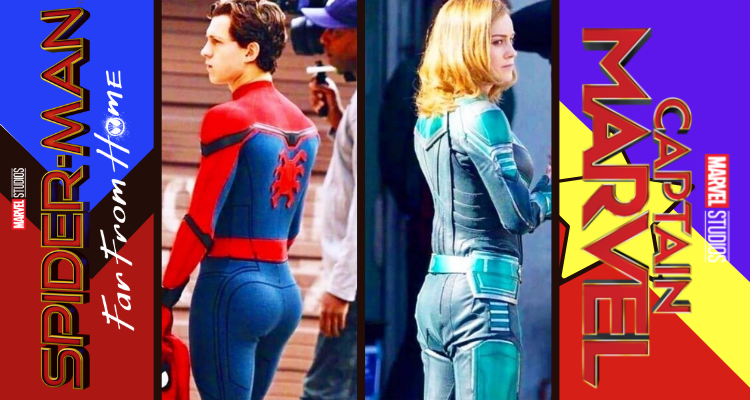 And The Internet Responds…

Following the publication of these photos, various denizens of the internet shared their initial reactions to Iman Vellani as the live-action Ms. Marvel.

@TheTonicmole asserted that Vellani’s appearance looked more akin to a character that would be seen in Robert Rodriguez’s 2001 film, Spy Kids.

However, though there are a number of folks on social media put off by Vellani’s Khan, there are also a number of folks arguing that these photos do not depict any actual ‘superhero costume’ for Khan, and may in fact come from a scene that takes place before she acquires her powers.

@Ag3Nt_N believed the Captain Marvel outfit to be “a Halloween costume”, and implored other users to “stop crying.”

“This is probably before she gets powers,” stated @LevelOnGaming. “It looks like she may just be a kid in this scene who is a fan of the mcu captain marvel and wearing a costume as a fan. She probably gets her powers after this.”

This is probably before she gets powers. It looks like she may just be a kid in this scene who is a fan of the mcu captain marvel and wearing a costume as a fan. She probably gets powers after this.

However the stunt cables attached to Vellani might indicate that there may be more to this scene than a simple Halloween adventure, and given how she is at first noticeably shorter than her friend on the porch and is then seen climbing on top of the roof belonging to a nearby house, it’s possible that this moment will be an instance in which the fledgling hero using her powers to stretch upwards. 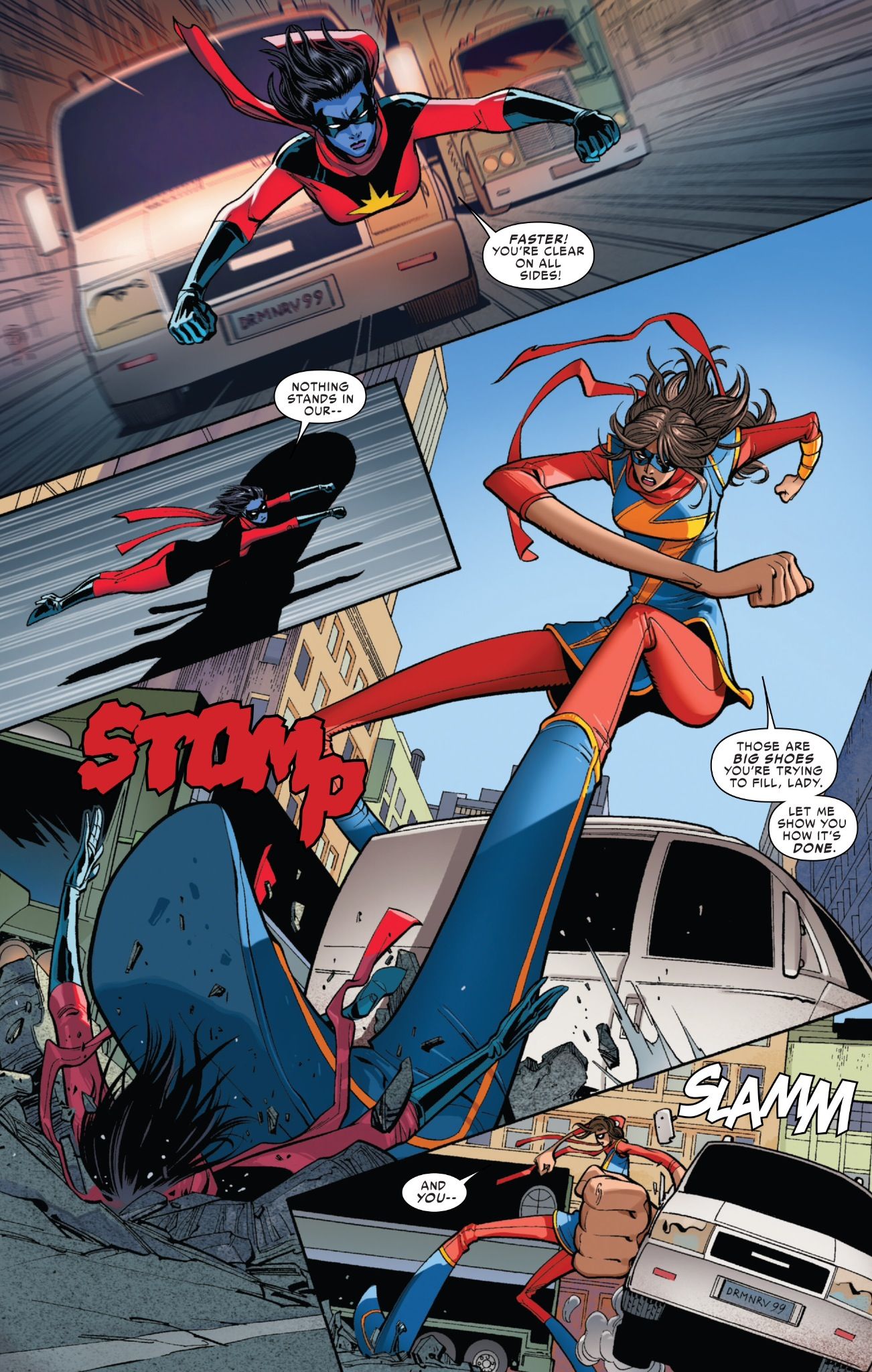 Despite this apparent display of her ’embiggening’ abilities, it is still unknown how Khan’s Inhuman origin story, specifically the rock-cocoon creating side effects of the Terrigen Mists, as seen primarily in Agents of S.H.I.E.L.D., will factor into the series, if at all.

However, Marvel’s Inhumans further muddied audience understanding of the Terrigen Mists, particularly in the Marvel Cinematic Universe, when it showed that the Inhumans featured in the series did not undergo this rocky transformation, but instead found that this ritual granted them their super human abilities almost instantaneously.

In the comics, the Inhumans are responsible for Kamala Khan gaining her abilities, as seen during the events of 2013’s Inhumanity story line, wherein Black Bolt detonates a Terrigen bomb above Earth’s atmosphere and unleashes a cloud of Terrigen Mist, done so with the intent of spreading the mist and activating the dormant powers of numerous individuals across the planet. 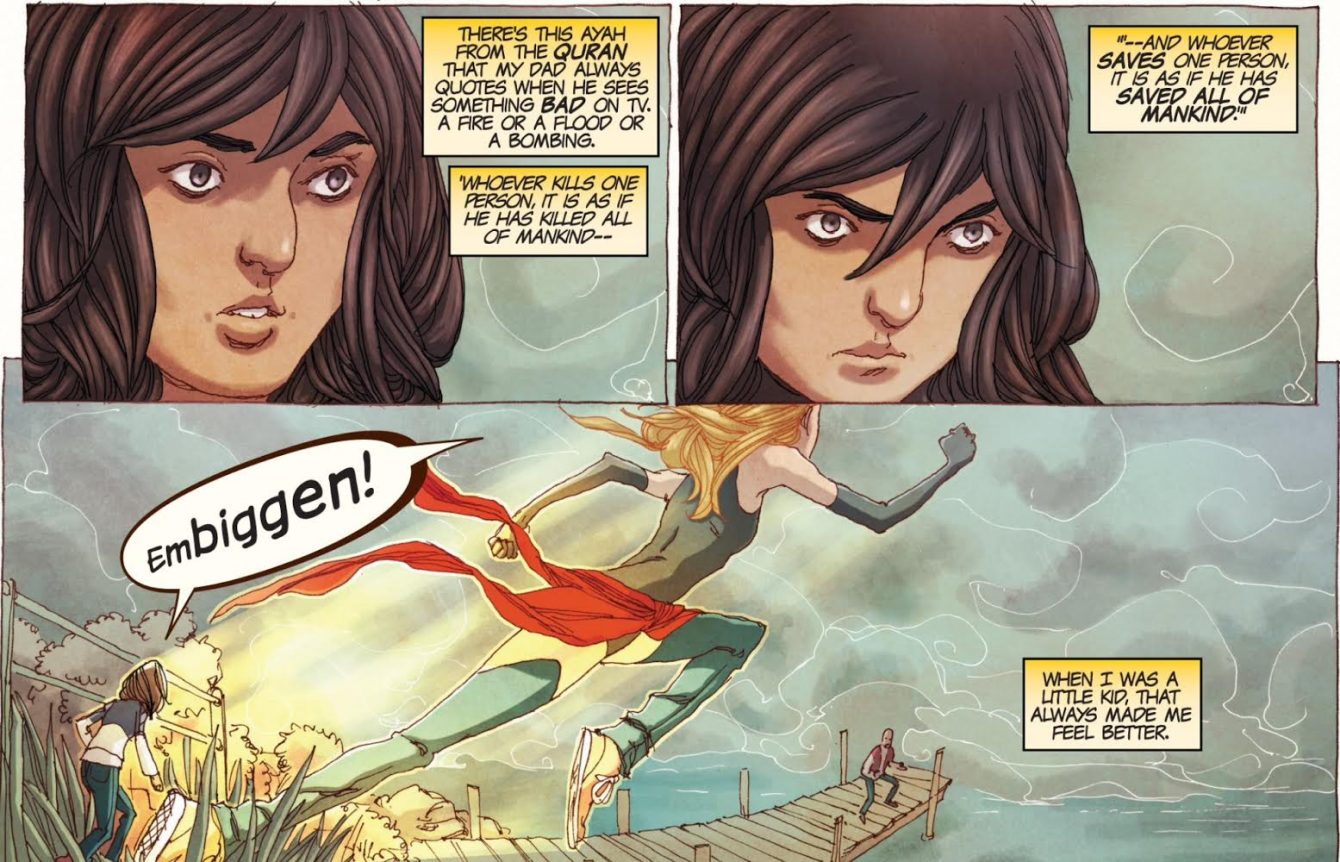 Whether Khan will develop a rocky exterior like the AoS Inhumans or find herself a victim of a Black Bolt-led bio-attack remains to be seen, and primarily depends on which source material the series intends to follow.

If it’s the comic books, we can expect to see a scene where she is exposed to Black Bolt’s Terrigen Bomb, but if it takes from the MCU, the production team will have to decide which version of the Inhumans and their origins will be made canon.

With both Agents of S.H.I.E.L.D and Marvel’s Inhumans currently available to view on Disney Plus, it’s more than likely they will be pulling from one of these live action sources, rather than from the character’s recent comic adventures. 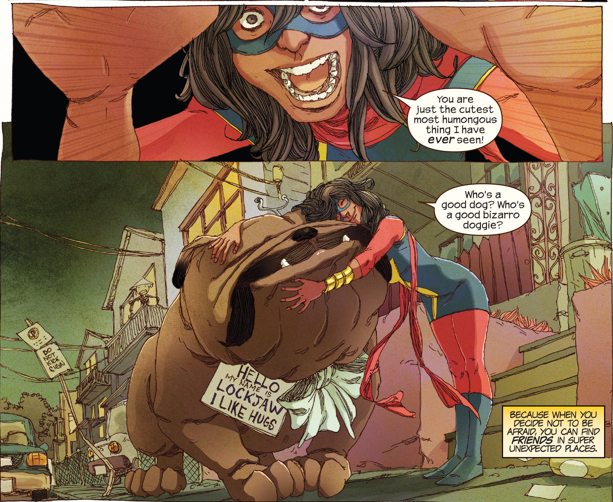 We haven’t seen any photos of Vellani in the proper costume of Ms. Marvel, so we’ll be on the lookout for any of those images to hit the internet anytime soon. As filming continues for the series, we should be getting somewhat of a glimpse of her comic book outfit.

What do you think of these early photos of Iman Vellani? Do you think either of her appearances show any sort of Ms. Marvel costume? Sound off in the comments below or let’s talk about it on social media!