A new report claims that Marvel Studios and Disney wanted to “stay true to the character” when finding an actress to play Ms. Marvel for their upcoming Disney Plus series.

The report comes from Deadline’s Justin Kroll, who also revealed, that Marvel Studios cast newcomer Iman Vellani to play Ms. Marvel aka Kamala Khan in the Disney Plus show. 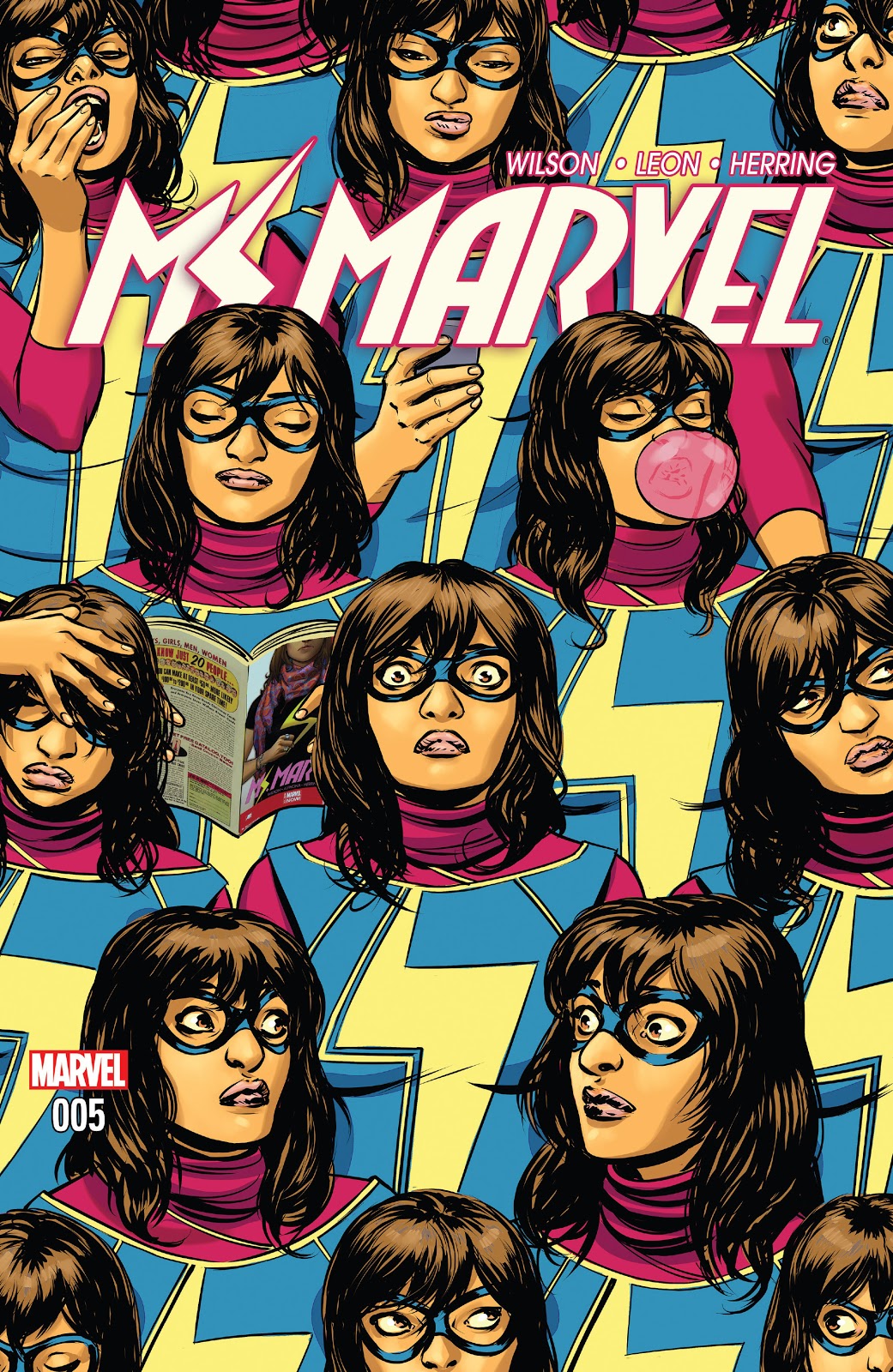 Kroll detailed, “The plan always was to stay true to the character in finding the right actress to play the role, even if it meant offering a person that was not well known to the public.”

The report is interesting given that Marvel Studios and Disney have had no qualms changing the races and genders of many of their other characters. 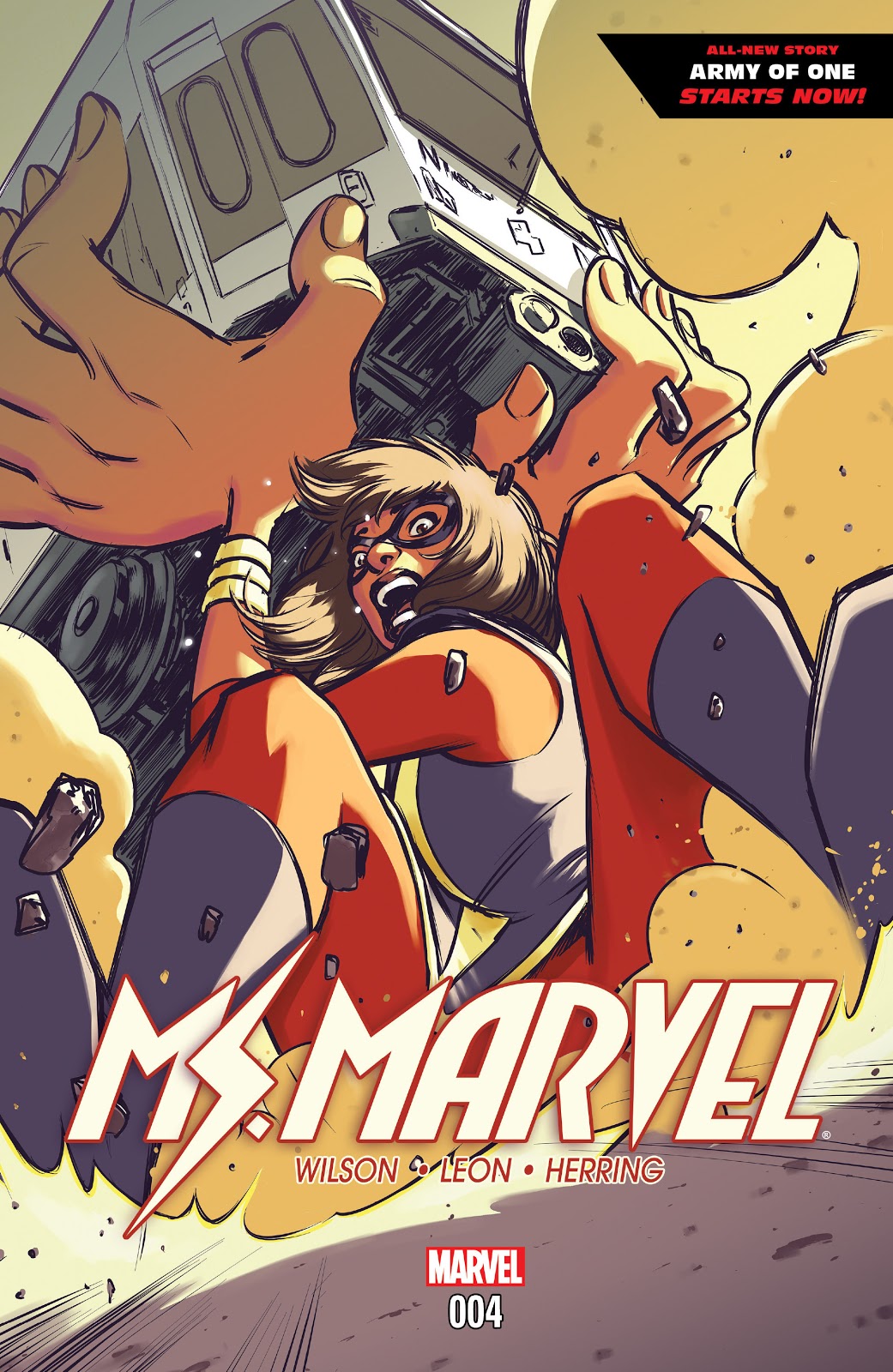 Bounding Into Comics previously reported that they changed the majority of the cast for the upcoming Eternals film. The only characters that are similar to their comic book iterations are Richard Madden’s Ikaris, Angelina Jolie’s Thena, and Brian Tyree Henry’s Phastos.

They changed Makkari into a deaf, black, female character portrayed by Lauren Ridloff.

As you can see in his first appearance in The Eternals #5, Makkari is a white man, who has no problems hearing.

Kingo was changed from a character of Japanese descent into Indian played by Kumail Najiana. As you can see in his first appearance he dressed as a Samurai. 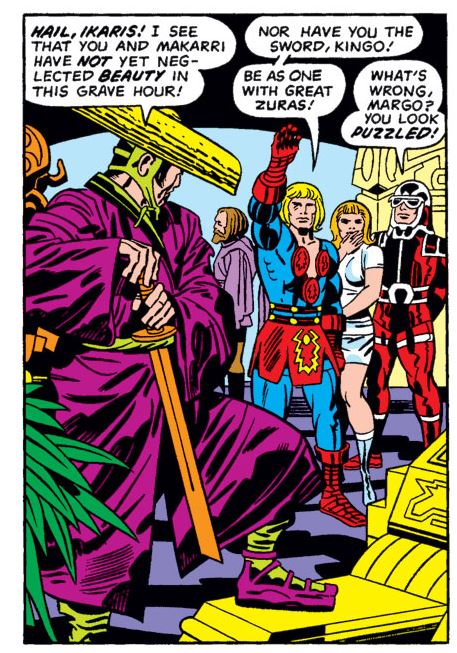 They also changed Ajak into a female of Hispanic and Lebanese origin played by Selma Hayek.

In his first appearance, Ajak is revealed to have lived among the ancient Inca Empire and is even referred to as the Inca Hero Tecumotzin, which is a fictional hero created by Jack Kirby.

As you can see below, he is depicted as a white man with the same skin tone as Ikaris. 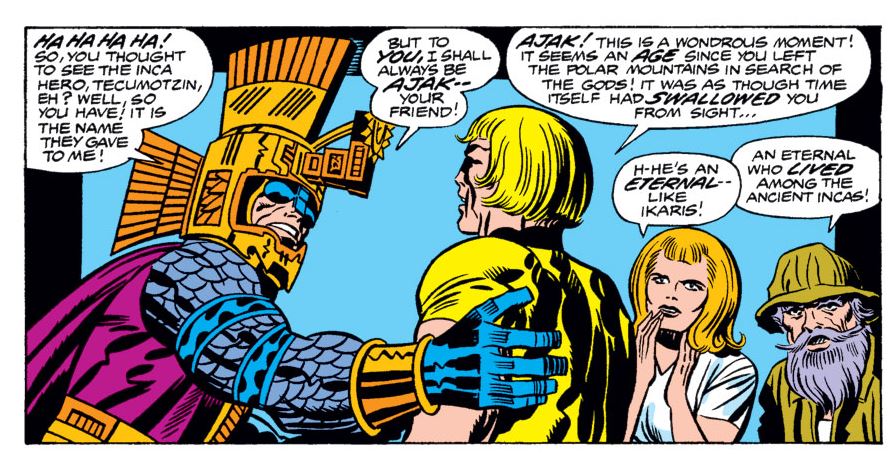 Gilgamesh was also changed to be an Asian character portrayed by Don Lee. In Gilgamesh’s first appearance, he was referred to as the Forgotten One, who once “roamed the world among the humans and shook it to improve their lot.”

He also “toppled the palaces of tyrants and slew the beasts they could not conquer.” He was also a white man with dark, almost black hair. 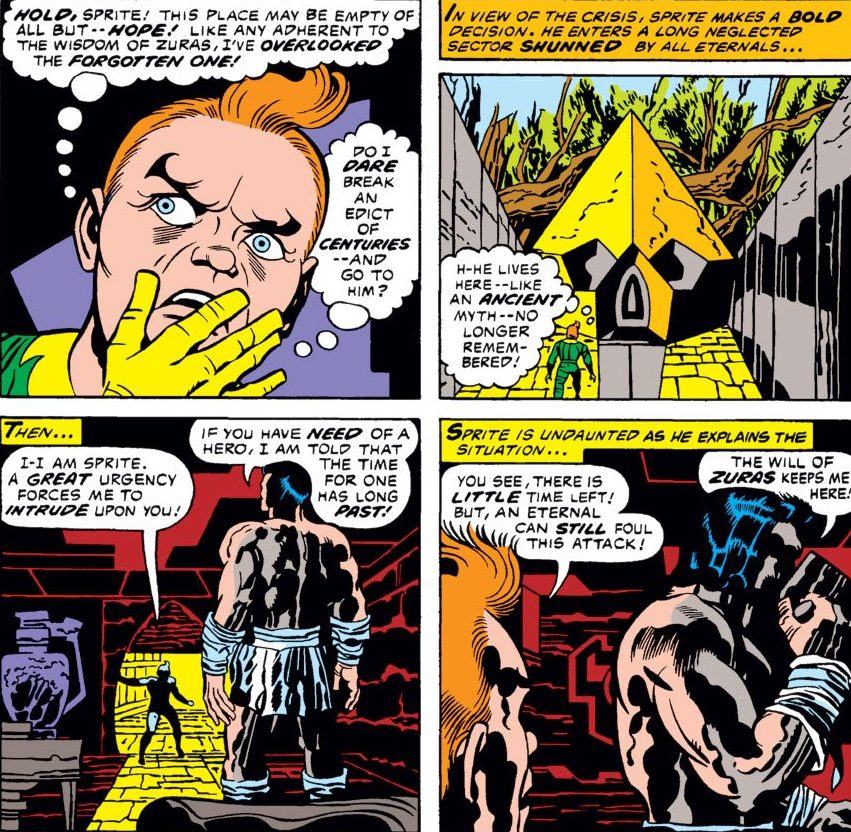 Finally, they also changed Sprite into a young female girl portrayed by Lia McHugh. In Sprite’s first appearance in The Eternals #9 he’s shown as a diminutive white man with reddish, orange hair.

One has to wonder why they would want to find an actor that stays true to the character of Ms. Marvel when they seemingly don’t feel that way with many of their other characters.

Ms. Marvel is being written by Bisha K. Ali, who has called for internet conscription of men.

In a Facebook post, she asked, “Can we do internet conscription for men? You gotta enlist, buddy up with 1 troll each and teach them to keep their vile threats to themselves?”

In another she wrote, “I believe women can burn s*** to the ground and rebuild it into the anti capitalist utopia of science and art and compassion I (think) we’re all striving for.” 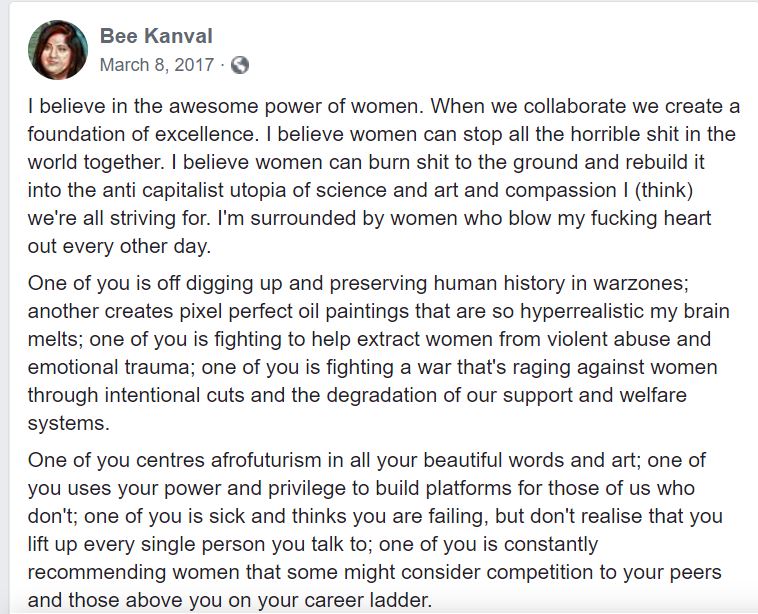 As reported by Douglas Ernst, Ali also claimed that “we live in strange and dangerous times.”

She elaborated, “In the UK, a leadership that cares little for diversity and the most marginalised already, and across the pond, the systemic elevation of actual white supremacists with actual KKK credentials into positions of super power.” 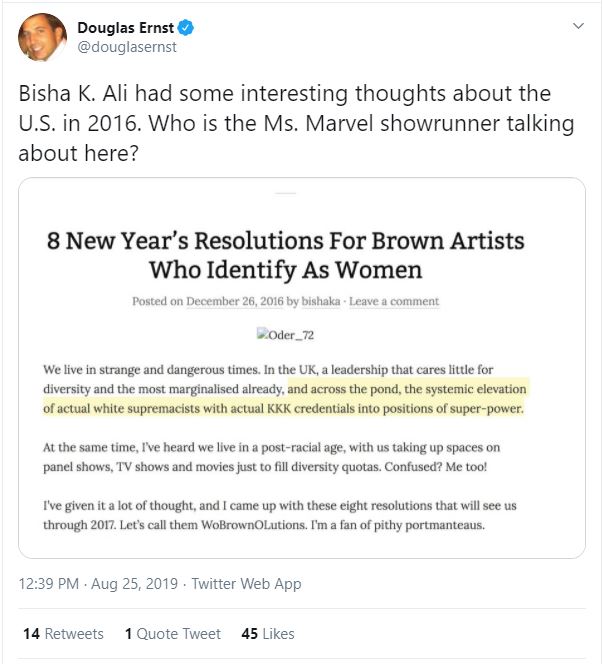 The series will be directed by Adil El Arbi, Bilall Fallah, Sharmeen Obaid-Chinoy, and Meera Menon.