Square Enix has reported that their recently released Marvel’s Avengers title under performed significantly, resulting in a $48 Million loss for the Japanese video game holding company. 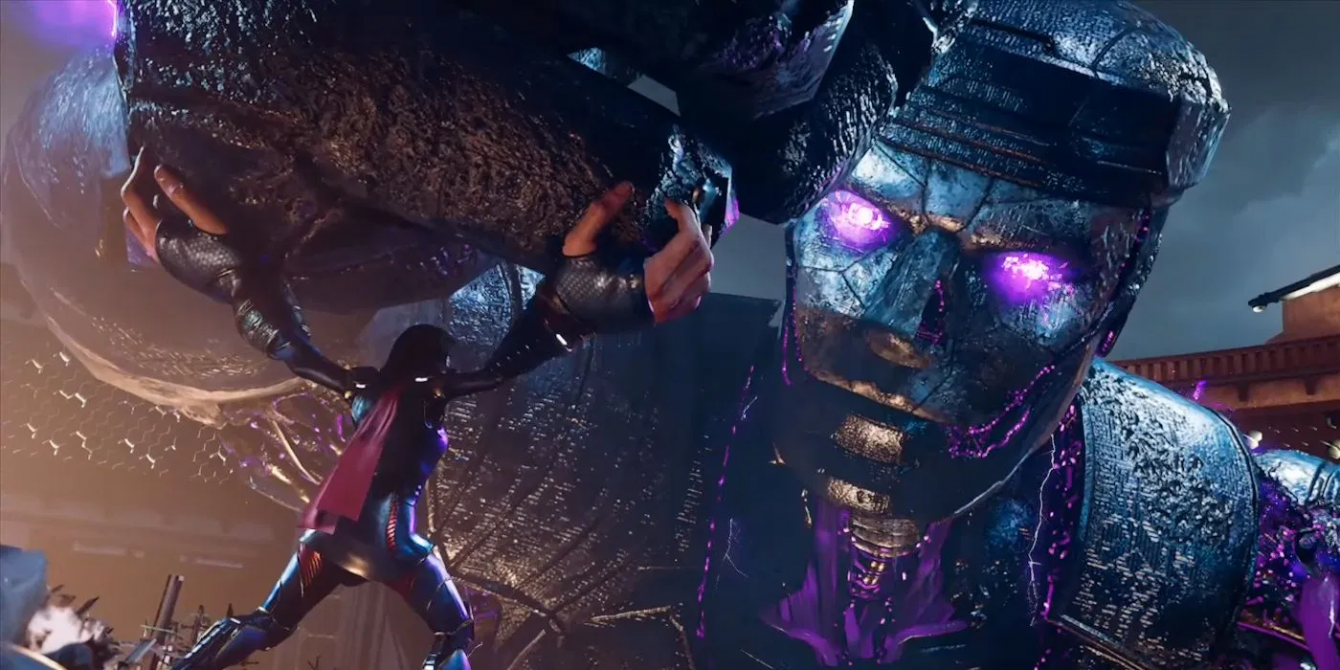 In a recently released financial report, Square Enix revealed that the company lost approximately ¥ 5 Billion JPY between the first and second quarters of the current fiscal year.

While the company’s first quarter profits were boosted by the release of the highly anticipated and well-received Final Fantasy VII Remake, the six-month period between April and November that encapsulates their second quarter saw the release of only a single significant title, the Crystal Dynamics-developed Marvel’s Avengers. 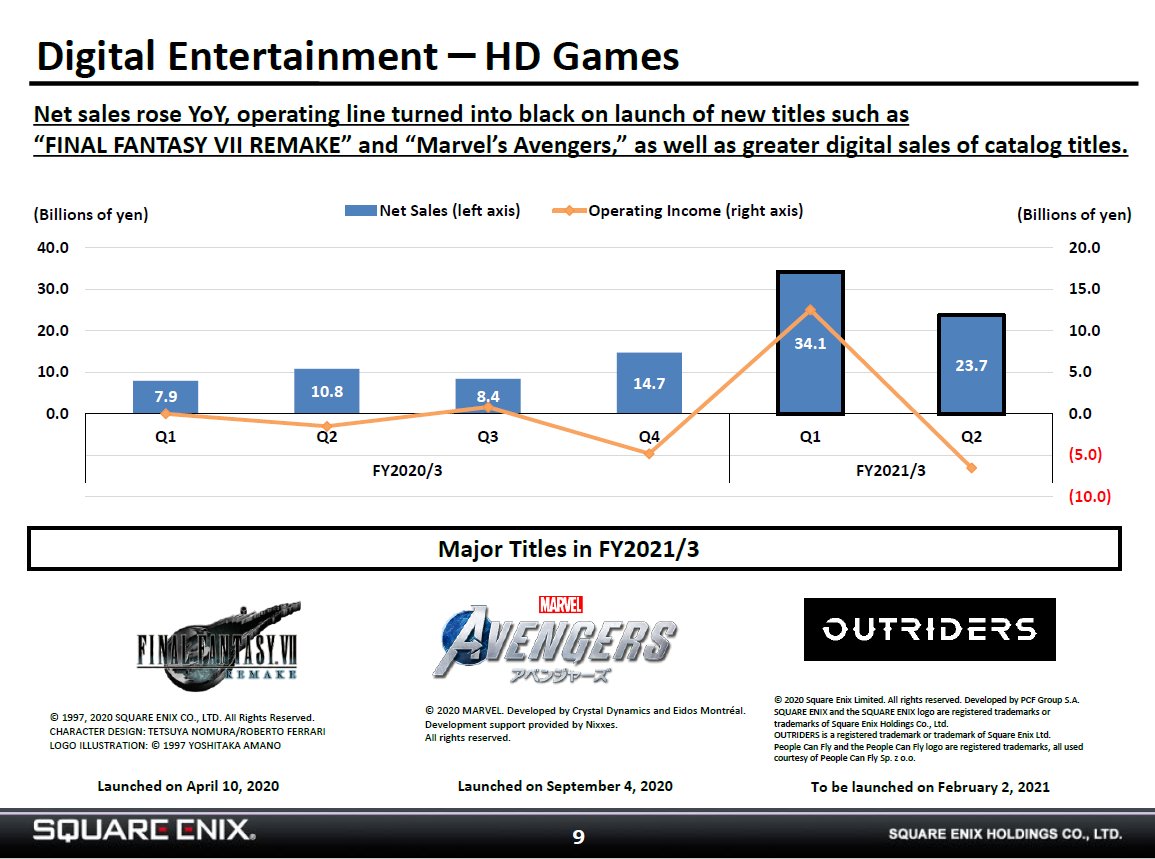 Though Square Enix has chosen not to release hard sales number for their Marvel-themed ‘Games as a Service’ offering, David Gibson, the Chief Investment Advisor and Founder of Astris Advisory, a Japan-based market analysis firm, crunched the numbers and stated that the report implied Marvel’s Avengers “only sold 3m or so” and cost “closer to $170m-$190m” to produce.

“Why someone didn’t say stop post the multiplayer beta will remain a mystery,” said Gibson, before noting that “Square are adamant they can make a recovery.” 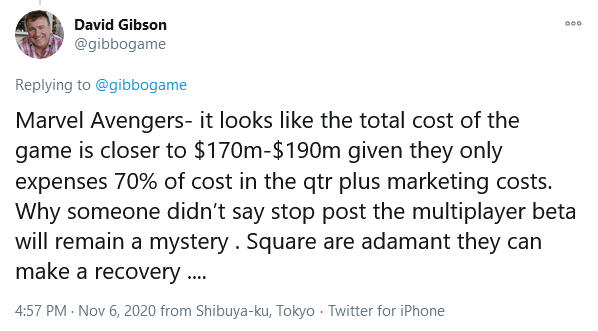 As noted by industry commentator @DomsPlaying, the loss on Marvel’s Avengers was so severe that despite reporting how both the “HD Games segment recorded higher sales” and Square Enix’s overall operating income had “nearly doubled,” mostly thanks to subscriber activity within the Final Fantasy XIV and Dragon Quest X MMOs, the company ultimately “returned to an operating loss, on lower-than-expected results for Marvel’s Avengers not being able to offset higher costs.” 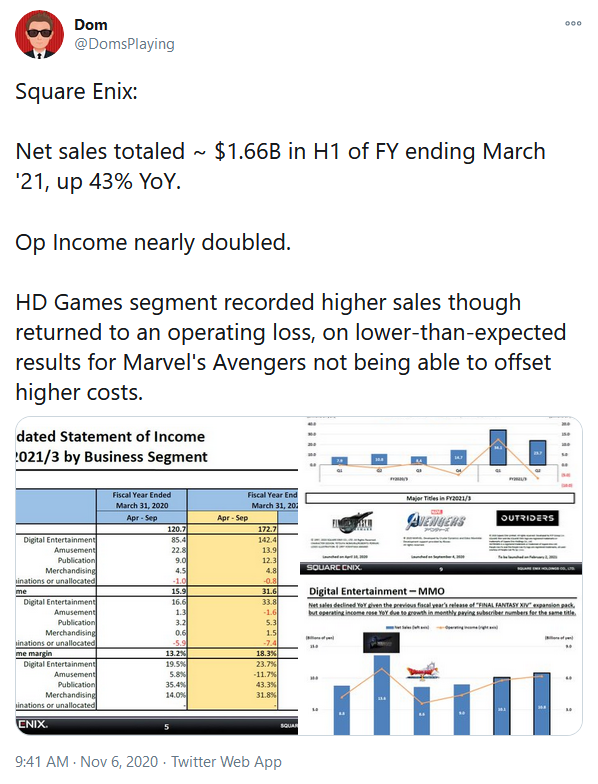 Given this significant financial loss, it will be interesting to see if Square Enix remains committed to their fulfilling the entirety of their promised post-game DLC.

On top of the loss for Square Enix, Steam Charts reports, the PC version of the game has had an average of 1,103 players playing over the last 30 days.

What do you make of the results of Marvel’s Avengers? If you played the game, do these results surprise you, or are they expected? Let us know on social media or in the comments down below!