Mallozzi made the announcement as part of the Dark Matter Monday stream on Orville Nation where he appeared alongside actress Kate Drummond.

Mallozzi was asked by Orville Nation PJ, “Joe, let me just ask you for the record. Are you in the process of shopping around or looking to get Dark Matter up and running?”

Mallozzi responded, “I am in the process of coming up with a game plan, if you will, for a miniseries that would be pick up maybe a little time after the last episode of Season 4. Eventually we will shop it around maybe this Summer.”

He added, “This Summer is here already. Soon.” “It’s in its early stages,” he concluded. 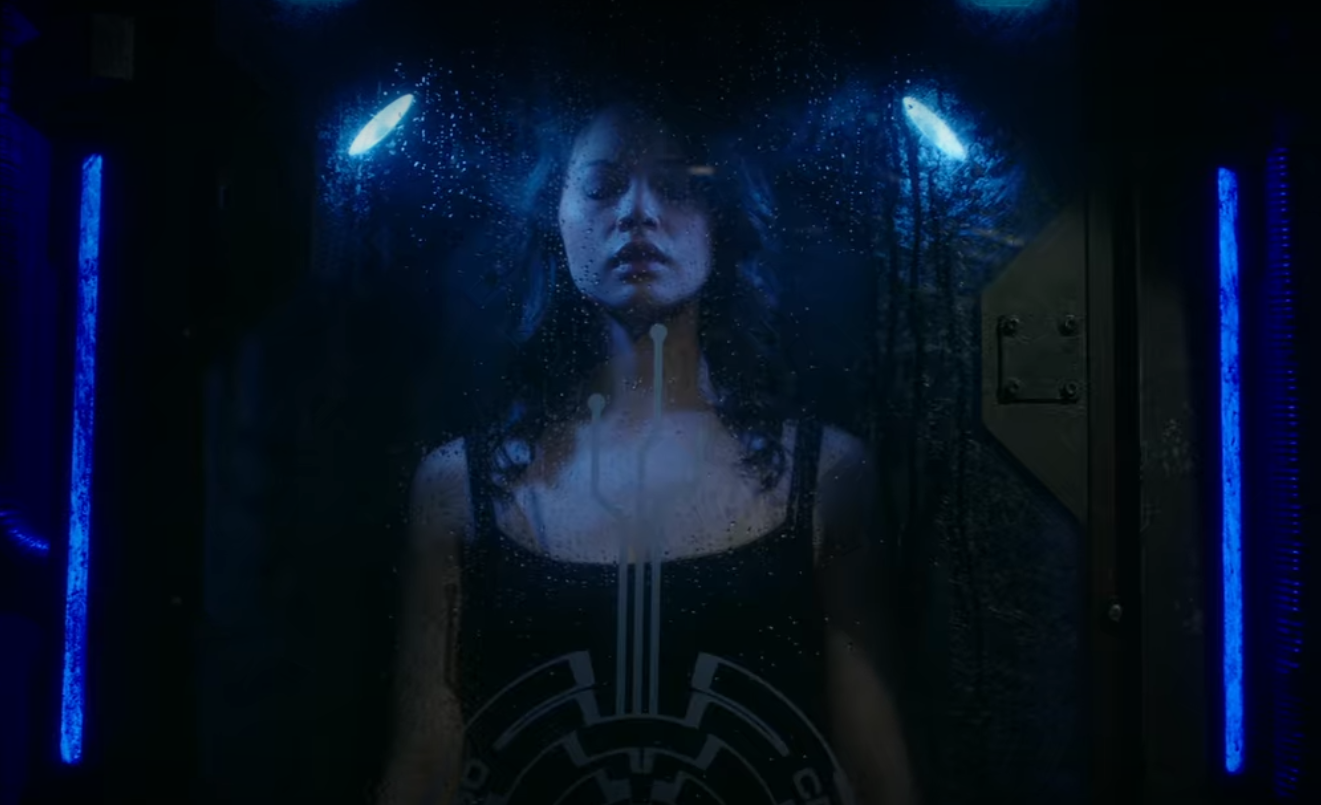 Interestingly enough Mallozzi also revealed that he pitched a Dark Matter and Stargate crossover to MGM.

Malozzi responded, “Sure, I would do a Stargate Dark Matter crossover. In fact, we were actually in talks with MGM about potentially saving Dark Matter, which would have opened the door to a crossover. But alas we ran out of time. It was not meant to be.”

Dark Matter first aired on SyFy back in 2015. It ran for 39 episodes until the network cancelled it in 2017.

The show followed a crew of six individuals in a dystopian 27th century who wake up on a ship with no memory of who they are or what they’re doing. The show expanded its premise as the crew engaged in intergalactic politics and traversed into an alternate dimension.

But it would also bring it back close to home dealing with the deaths of loved ones as well as themes of personal honor, respect, and friendship.

Mallozzi previously explained that SyFy purposely destroyed the show during when responding to a fan question about why the show was cancelled on Reddit back in 2019.

He explained, “It irritates me too. Especially because I had a five season plan going in complete with character and story arcs (which is why we were always able to set-up and pay off so much as the show went along). But, since you asked, this is what went down…”

“When we were first pitching the show, the pilot script went to Syfy’s Acquisition division in New York. They picked up the show. But as it turns out, the script had also been sent to Syfy’s Originals division in L.A. – who hated it and passed. And when they found out that the Acquisitions department in NY had picked up a project they had passed on, I heard they were decidedly Unhappy,” he detailed.

Mallozzi elaborated, “Then the show premiered and outperformed most of their originals. Which, from what I heard, really didn’t sit well with Syfy L.A.”

The creator then detailed they lost their champion in New York to Netflix, “Fast-forward three years later and our point person in New York left to go to Netflix. As a result, we didn’t have a champion in our corner anymore. Even though we were the network’s third-most watched show, I heard that not one executive stepped up for us,”” he continued.

He added, “And, well, Syfy L.A. were never really fans – so we were cancelled. Without so much as a press release or a thank you.”

Malozzi concluded, “We went back at them and asked for the opportunity to offer fans a conclusion, even simply in the form of a two hour movie. They never even answered the email.”

All three seasons of Dark Matter are currently available to stream on Netflix.