In a prominent example of Marvel’s current in-house storytelling standards, a story featured in the recent Marvel’s Voices: Pride anthology one-shot sees ninja assassin Elektra Natchios treated to a mid-battle and hamfisted lecture on the ins-and-outs of transgender womanhood. 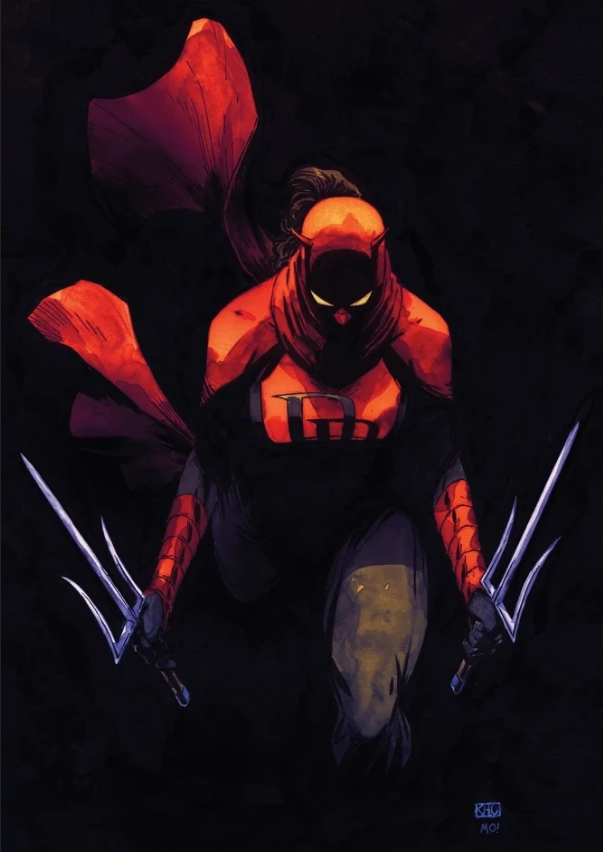 An anthology one-shot published in honor of Pride month, Marvel’s Voices: Pride features a number of stories from various Marvel creators focusing one of the House of Ideas’ numerous LGBT+ characters, such as Prodigy (David Alleyne), Daken (Akihiro), and Northstar (Jean-Paul Beaubier). 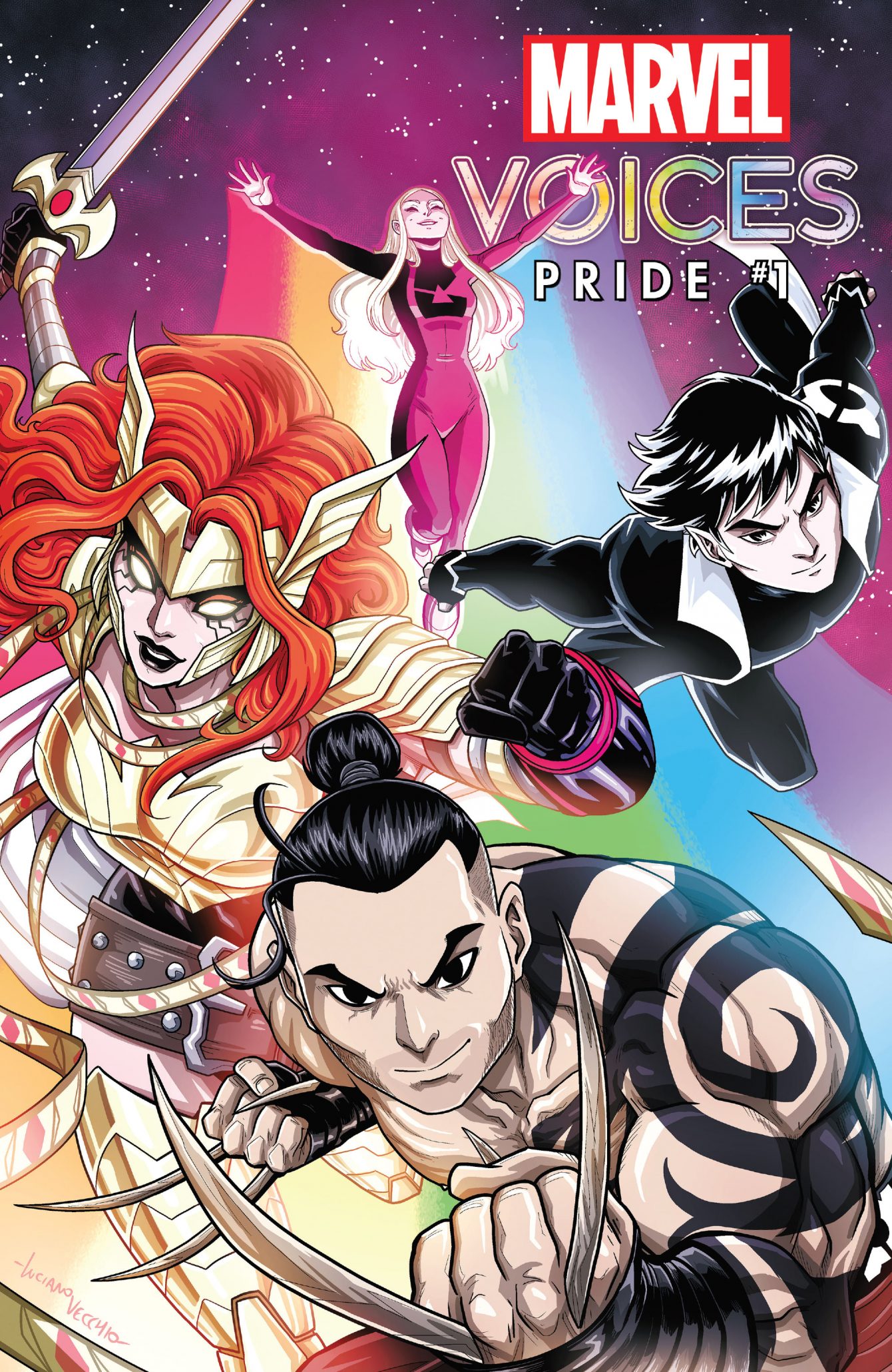 The aforementioned lecture occurs in the anthology’s three-page story Something New Every Day, written by Lilah Sturges (Jack Of Fables) with art by Derek Charm (Star Wars Adventures) and colors by Brittany Peer (Teenage Mutant Ninja Turtles Universe: Karai’s Path) and featuring Elektra Natchios in her current guise as Daredevil.

Beginning with Elektra stumbling upon the Immortal Hulk’s Dr. Charlene McGowan trespassing in one of Wilson Fisk’s old Mutant Growth Hormone manufacturing sites, the story then sees the femme fatale confront McGowan on their reasons for accessing the lab, only for the scientist to reveal that the individual is a transgender woman seeking to use the leftover technology “to help trans women manufacture their own hormones without taking pills every day.” 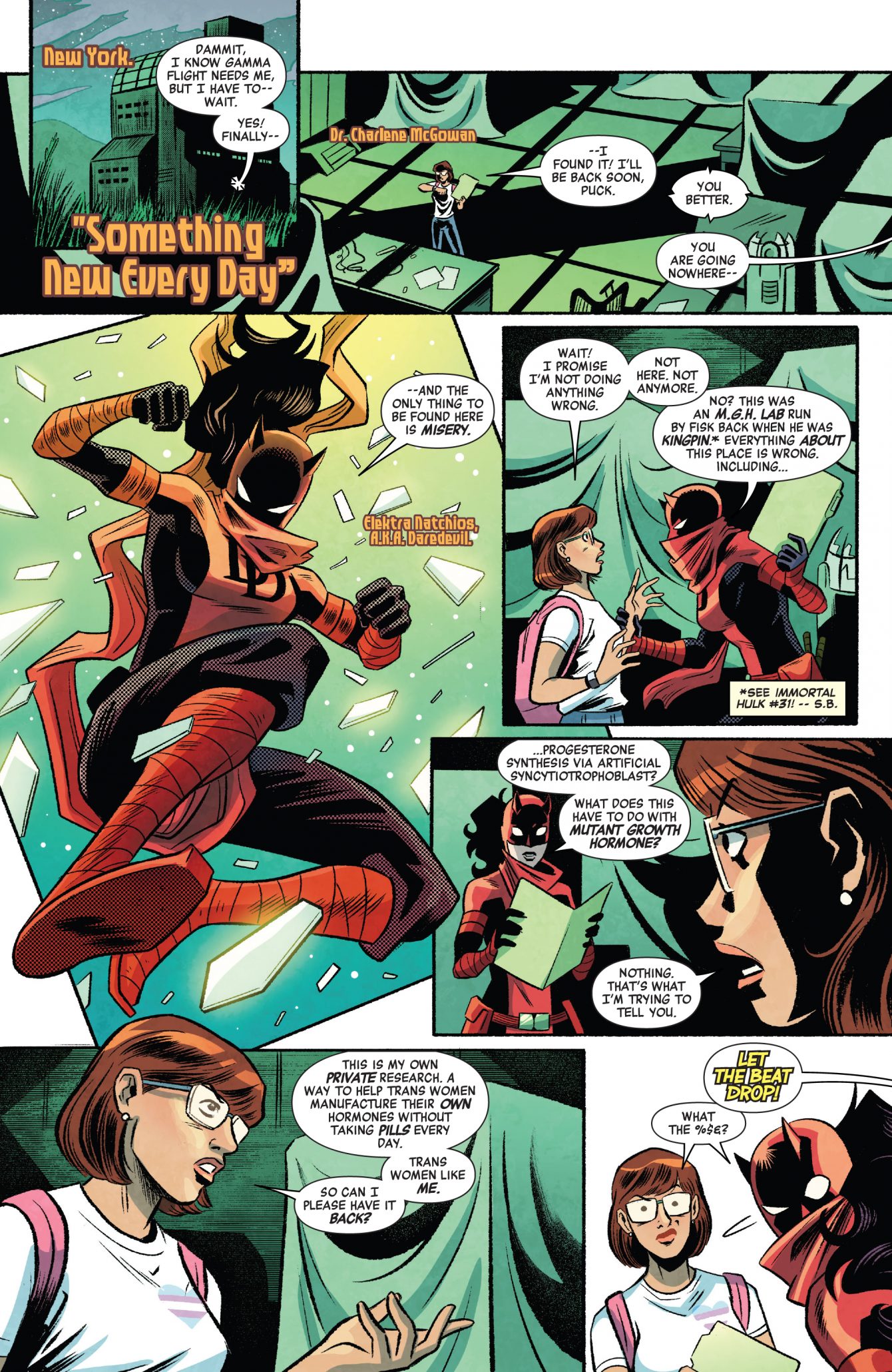 However, before the two can converse any further, they are soon interrupted by z-list roller blading supervillain team Fast Five, who have arrived at the lab of their own accord in an attempt to steal its stash of MGH.

As Elektra leaps into action, Cowan attempts to inform the members of Fast Five that the facility has been cleaned out of MGH, only to express frustration when she finds that the team’s leader, Blue Streak, “isn’t listening to a word I say.”

Seeking to sympathize, Elektra quips back to Cowan, “Welcome to Womanhood,” only for the scientist to rebuff the heroine’s attempts at camaraderie by lashing back, “You know, telling a trans woman “welcome to womanhood” is actually kind of condescending?”

“And it implies that we aren’t ‘real’ women until and unless we transition,” concludes Cowan, eliciting a response of “I apologize! I was not aware of that” from Elektra. 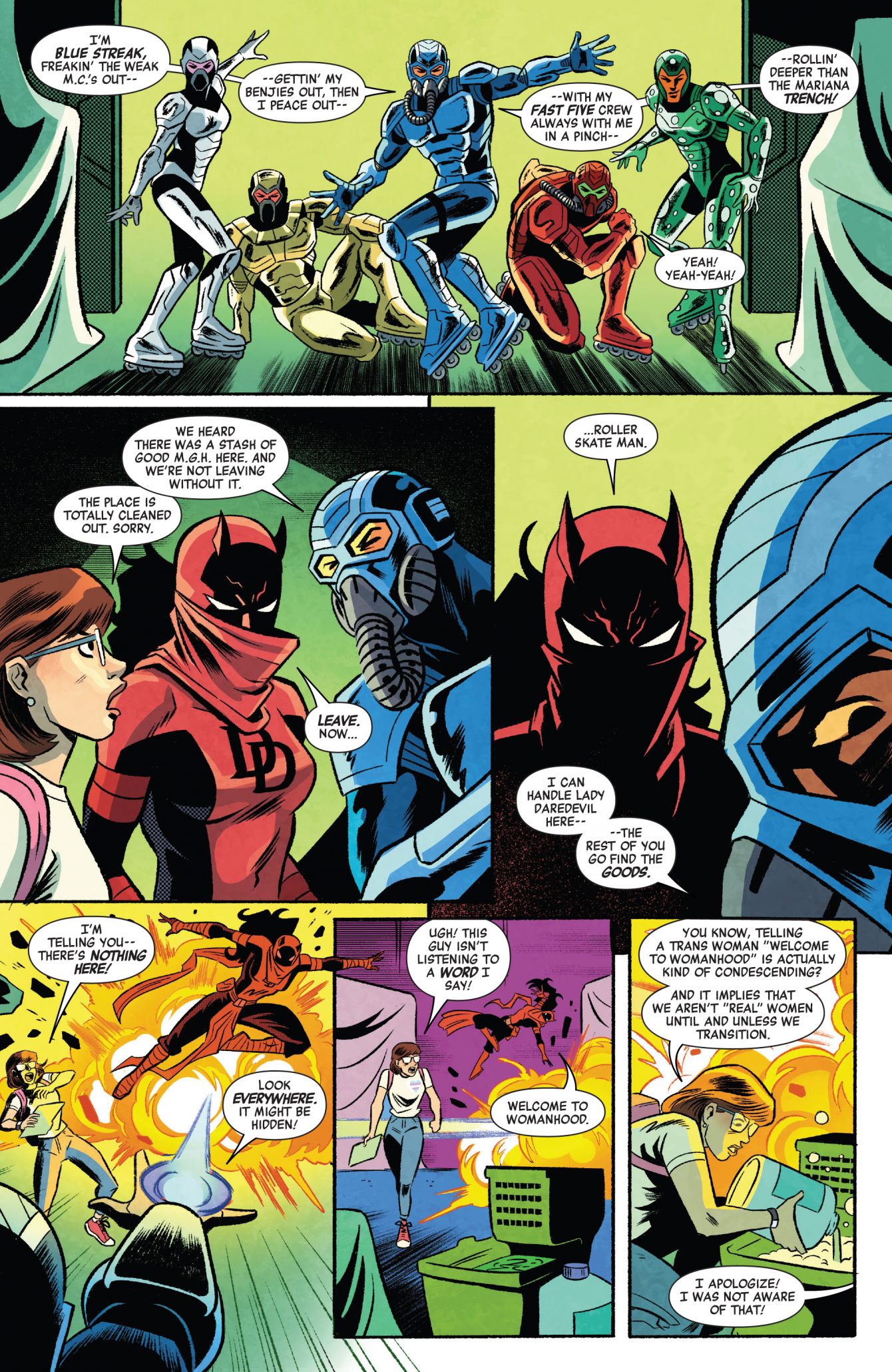 At the story’s conclusion, a simple solution of water and “industrial grade detergent” concocted by Cowan puts an end to the Fast Five’s plans, leaving the team to be restrained by Elektra.

While being bound, Fast Five member Redline asks Cowan if she knows his transgender cousin, who goes by @genderama///1989 on social media. In response, Cowan angrily fires back, “Trans people don’t all know each other, a–hole.”

However, in the story’s epilogue, Cowan is seen communicating with the very same @genderama///1989 in a friendly manner, indicative of a previous relationship, in a moment that completely undermines the transgender Marvel character’s previous snarky retort. 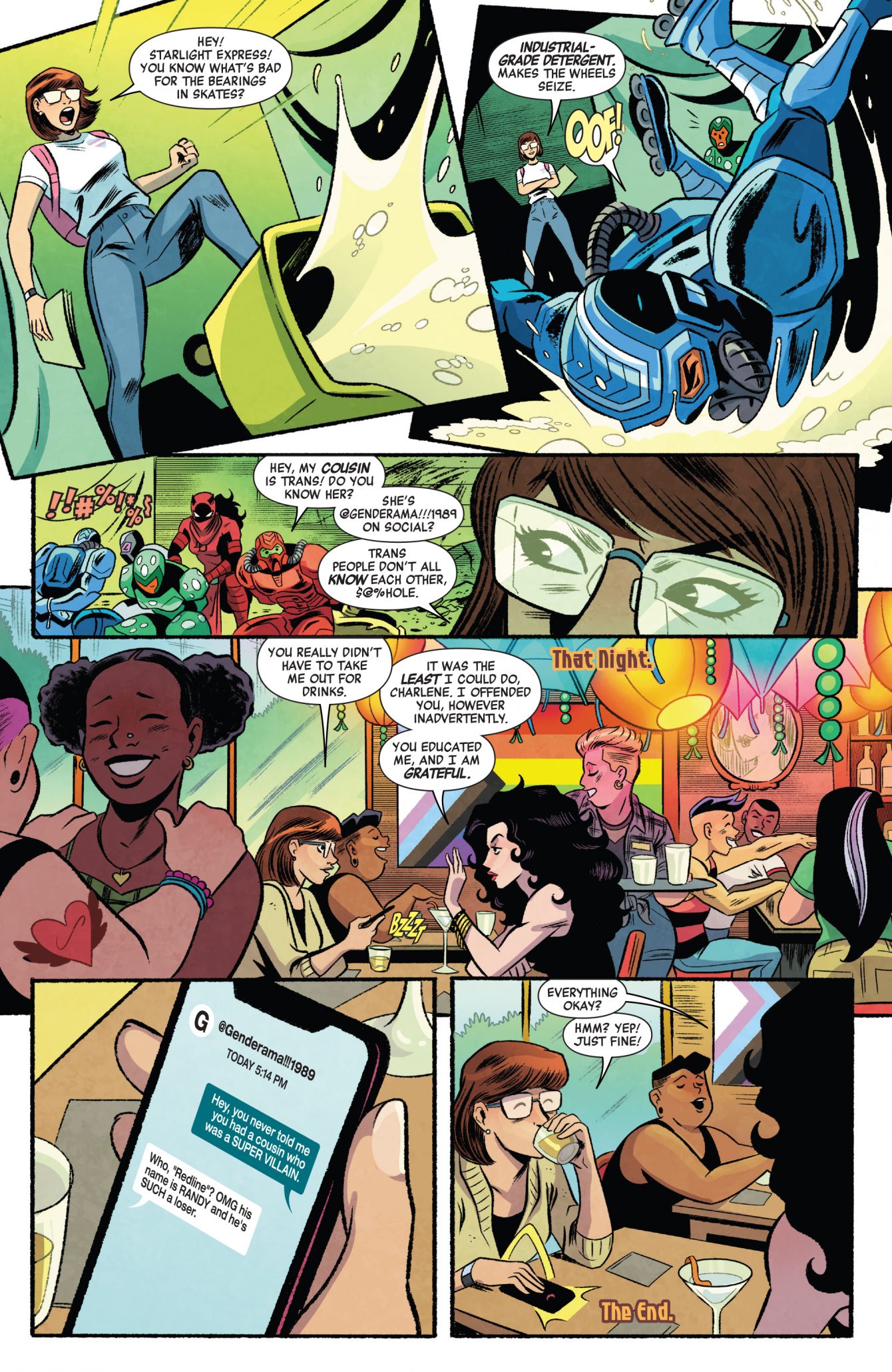 What do you make of Elektra’s story in Marvel’s Voices: Pride? Let us know your thoughts on social media or in the comments down below!