Noted Final Fantasy IX fan and My Hero Academia mangaka Kohei Horikoshi recently shared two original pieces of fan art, inspired by the classic entry in the long-running JRPG franchise, in celebration of the recent announcement that the game would be receiving an anime adaptation. 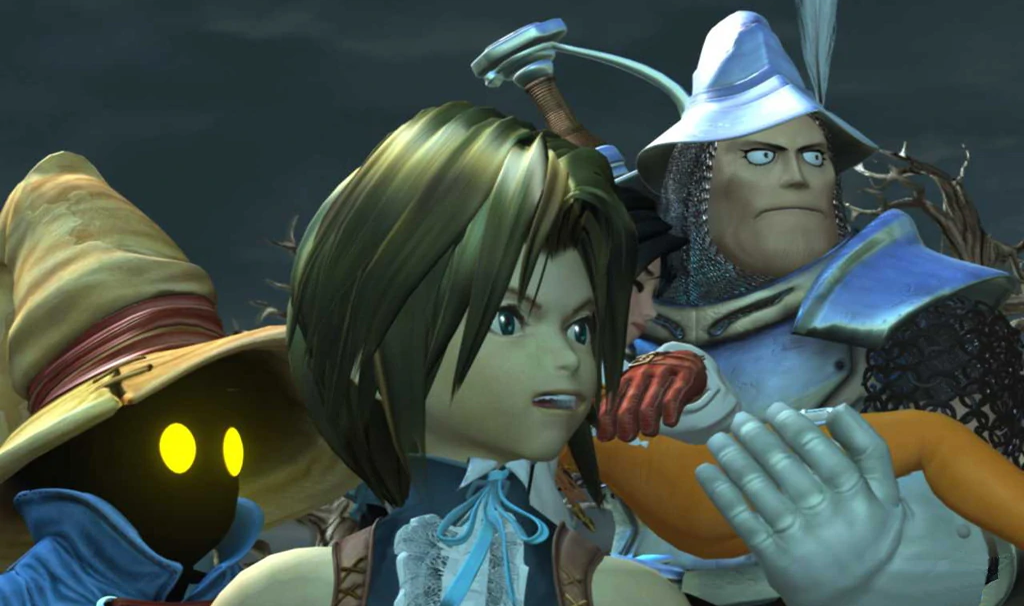 Set to be developed for a target 8-to-13-year old demographic, Cyber Group Studios’ announcement also noted that the series is currently very early in development, with the studio preparing to shop the series around to broadcasters in the coming months. 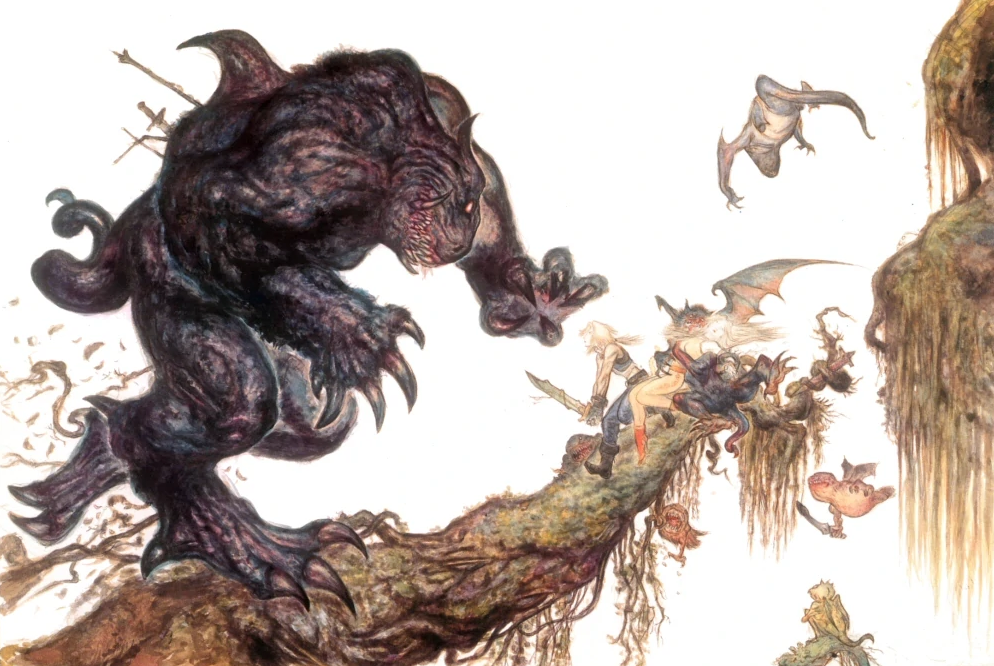 In the first piece, Vivi and Garnett can be seen listening on as Zidane recounts what appears to be a tall ‘tail.’

According to noted translator and Aitai Japan founder Audrey Lamsam, alongside the image, Horikoshi wrote, “I’m so happy about the FF9 anime”! 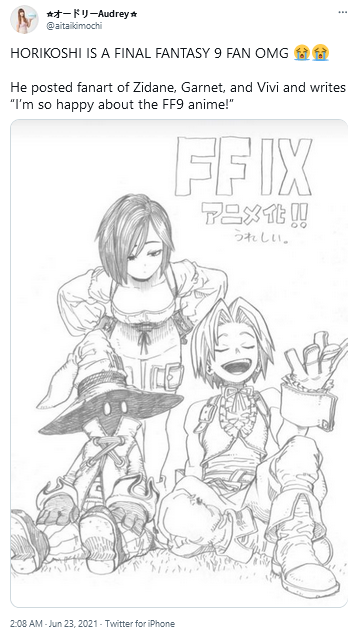 In the second, again as translated by Lamsam, Horikoshi drew a solitary image of the game’s Dragon Knight, Freya Crescent, and exclaimed “FF9 is my most cherished game in my life, so when I heard news of the anime adaptation, my heart soared.”

“I want to see Freya’s quirky dance in anime form.,” the mangaka added. “I’m so happy!”

These two pieces are not the first time Horikoshi has used his talents to pay tribute to his favorite game. In 2013, the famed mangaka shared a beautifully detailed and fully colored piece depicting the game’s full playable cast to his personal Pixiv account.

What do you make of Horikoshi’s FFIX fanart? Are you excited for the anime adaptation? Let us know your thoughts on social media or in the comments down below!