It was recently revealed that Disney is attempting to rename Fett’s Slave I ship to Boba Fett’s Starship as seen on recent LEGO packaging for the ship based on its appearance in The Mandalorian.

As for why they are renaming the ship, LEGO Star Wars Design Director Jens Kronvold Frederiksen and LEGO Star Wars Lead Designer Michael Lee Stockwell provided some insight while speaking with Jedi News.

Stockwell first declared, “We’re not calling it Slave I any more. This is Boba Fett’s Starship.”

When asked why the name was being changed, Frederiksen explained, “Everybody is. It’s probably not something which has been announced publicly but it is just something that Disney doesn’t want to use any more.”

Following this revelation, Austin took to Twitter to declare, “My ship will forever be Slave1. Nothing. Not even Disney can or will change that. This is the way.”

In a subsequent tweet, Austin wrote, “When applying for personalized plates for my car the DMV would not allow ‘Slave1’. Okay I understand. Had to try. But I get it.”

“This Disney idiocy however. Not buying. not conforming to the Mouse, no siree. Not gonna happen,” he continued.

He concluded, “When I was growing up I loved Disney. No more.” 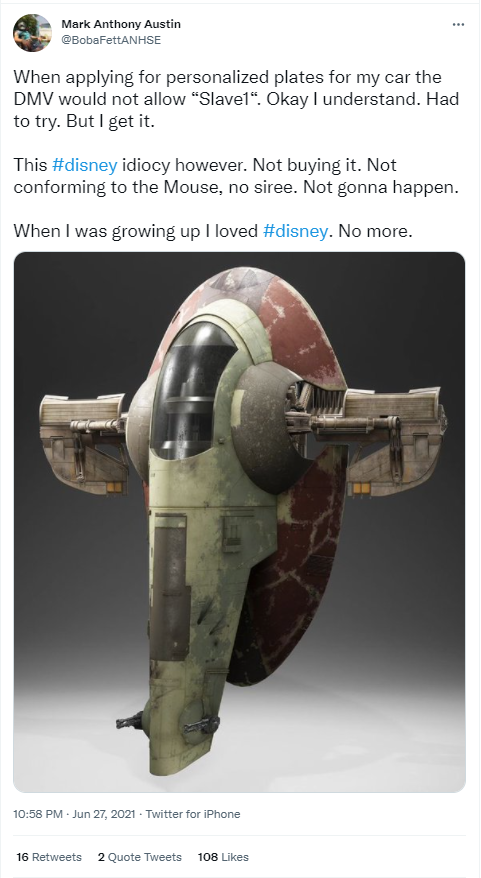 He would then proceed to mock the apparent logic behind changing the name.

He wrote, “Death Star!!!! Sounds a bit harsh doesn’t it? Maybe tone it down a bit ehh! Sick Star? Potentially Dangerous Star? …is that coming next!!?!???” 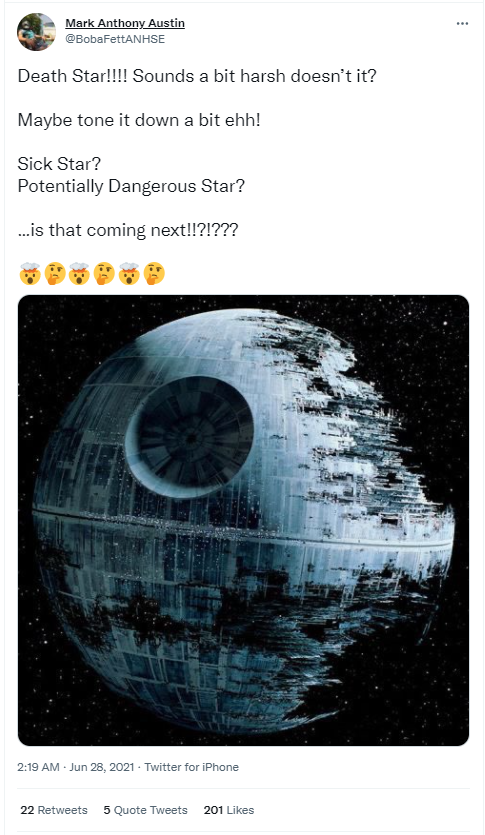 In a subsequent tweet he added, “Stormtroopers sounds a bit violent doesn’t it. From now on Storm will be reduced to a slight Rainfalltrooper.” 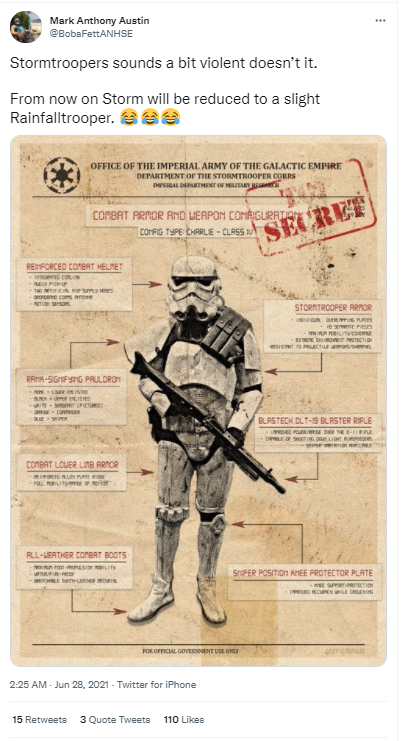 Austin also tweeted, “Dear Disney, In regards to the Star Wars franchise. If you DON’T like it. DON’T buy it. Simple.” 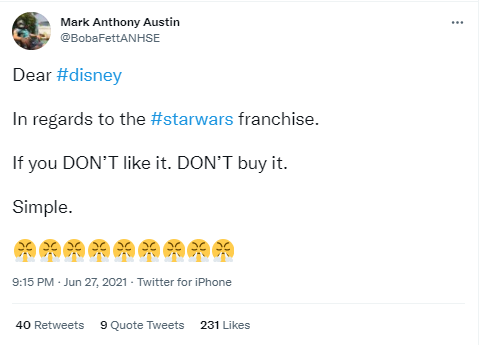 While the Slave I name is no longer being used for LEGO and seemingly other Star Wars products featuring the ship, based on Frederiksen’s explanation, the ship’s name is still featured prominently on Star Wars’ official website. 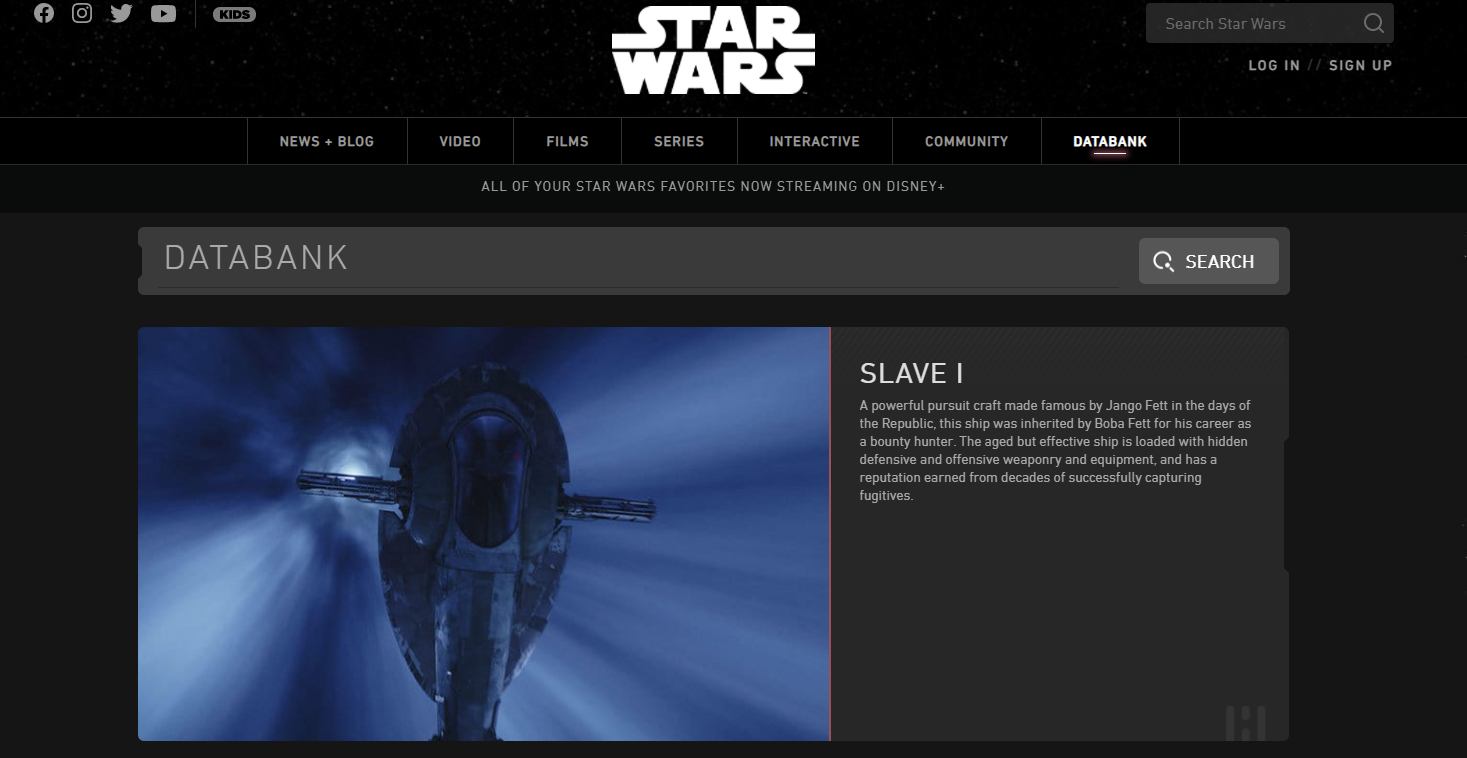 One has to wonder if this change is part of Chapek’s commitment to Disney values. If you recall back during Disney’s 2021 Annual Meeting of Shareholders, Chapek was asked about the firing of Gina Carano.

In his response he declared, “I don’t really see Disney as characterizing itself as left leaning or right leaning. Yet, instead standing for values. Values that are universal. Values of respect. Values of decency. Values of integrity. And values of inclusion.”

He added, “And we seek to have not only how we operate, but the content that we make reflective of the rich diversity of the world we live. And I think that’s a world we all should live in, in harmony and peace.”

They clearly aren’t respecting the lore and the story of Star Wars if they are changing the name of Slave I. 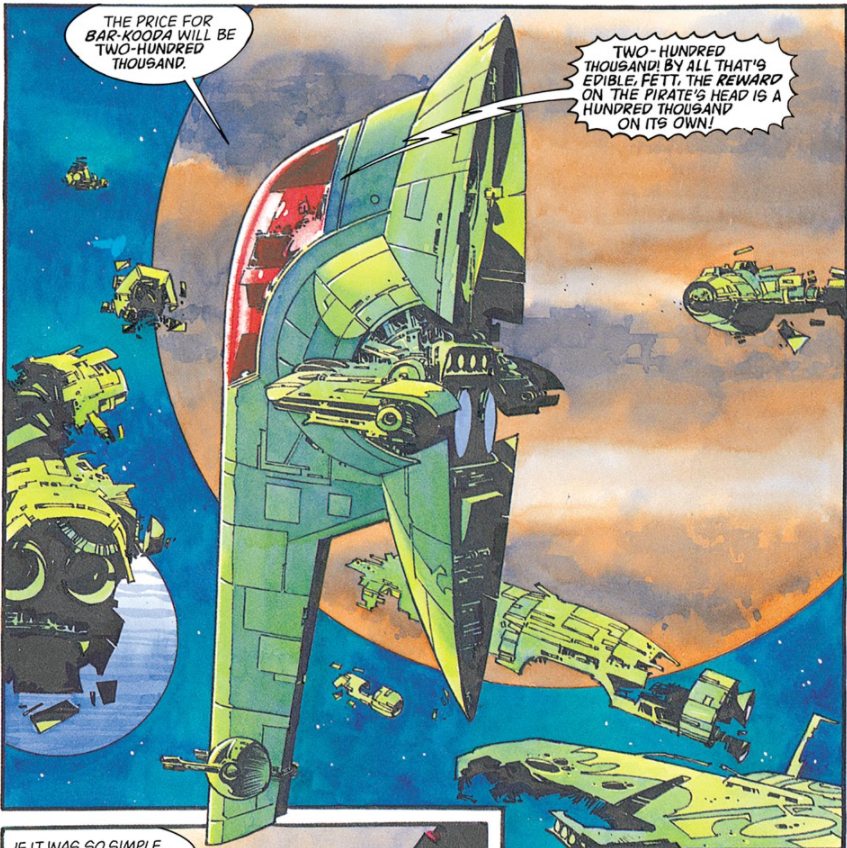 What do you make of Disney allegedly moving away from the name of Slave I?