Amazon Prime Video announced they will host the global premiere of the upcoming Evangelion anime film, Evangelion:3.0+1.01 Thrice Upon A Time.

The film is the fourth and final chapter of the the new theatrical edition of Evangelion and it has already become the highest-grossing and most-watched film in Japan in all of 2021.

The official description for the film reads, “he fourth and final installment of the Rebuild of Evangelion. Misato and her anti-Nerv group Wille arrive in Paris, a city now red from core-ization.”

“Crew from the flagship Wunder land on a containment tower. They only have 720 seconds to restore the city. When a horde of Nerv Evas appear, Mari’s improved Eva Unit 8 must intercept,” it continued. 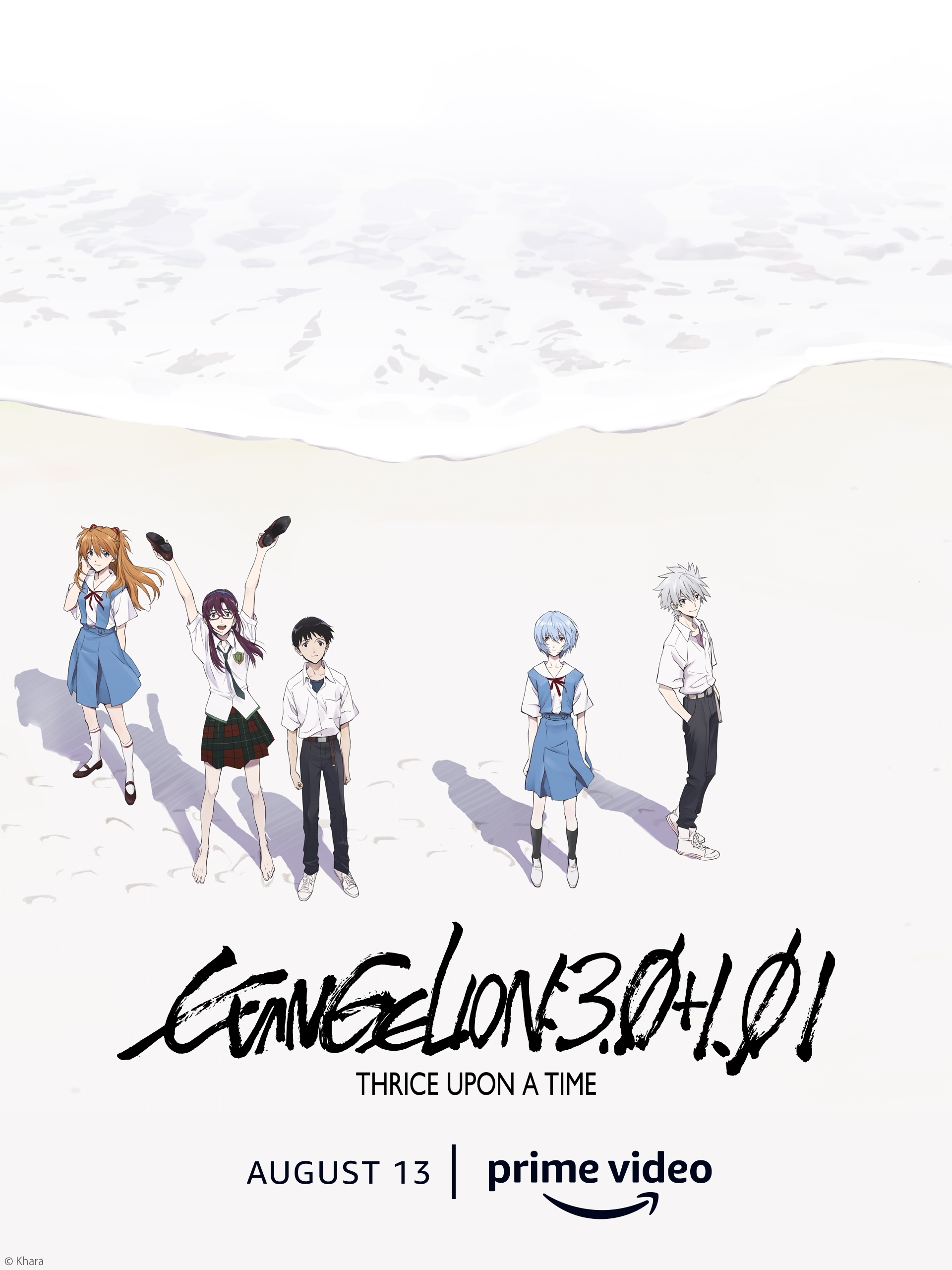 In their press release Amazon also adds, “The blockbuster franchise is a Japanese anime pop culture phenomenon based on the story of Evangelion, an artificial human and multipurpose humanoid weapon, and the Angels, an unknown life-form which takes place after the Earth has been shattered by a cataclysmic event.”

Creator, Chief Director and Sreenwriter Hideaki Anno expressed his excitement about the deal by first thanking fans, “I’d like to thank every Eva fan in the world for your continued support.”

He then added, “We were looking for the best way to offer the movie to fans overseas as early as possible in a challenging situation with movie theatres during COVID-19, and are happy to have found Prime Video as a partner to stream it globally. We highly recommend watching it on a big TV screen for the best viewing experience.”

While Hideaki Anno is the chief director on Evangelion:3.0+1.01 Thrice Upon A Time, he was joined by directors Kazuya Tsurumaki, Katsuichi Nakayama and Mahiro Maeda.

Amazon Vice President of Worldwide Content Licensing Prime Video Brad Beale also stated, “The EVANGELION films have been thrilling fans for years and we know that there is a huge appetite around the world for the finale.”

“I’m excited for Prime members worldwide to finally have the opportunity to watch the anime masterpiece EVANGELION:3.0+1.01 THRICE UPON A TIME, as well as the three previous films,” he added.

As Beale notes, not only will Amazon Prime host the global debut of Evangelion:3.0+1.01 Thrice Upon A Time, but it will feature Evangelion:1.11 You ARE (NOT ALONE), Evangelion: 2.22 YOU CAN (NOT) Advance, and Evangelion: 3.33 YOU CAN NOT REDO on the streaming platform.

The official description for Evangelion:1.11 You ARE (NOT ALONE) reads, “Scarred by the Second Impact, the Fourth Angel attacks Tokyo III and humanity’s fate is left in the hands of Special Government Agency Nerv. Young Shinji Ikari is forced to pilot EVA-01.”

It continues, “He and EVA-00 pilot Rei Ayanami are tasked to fight, but EVA-01 is damaged by the Sixth Angel. Misato Katsuragi draws up a plan to focus all of Japan’s electricity into EVA-01’s positron cannon to defeat the Angel.” 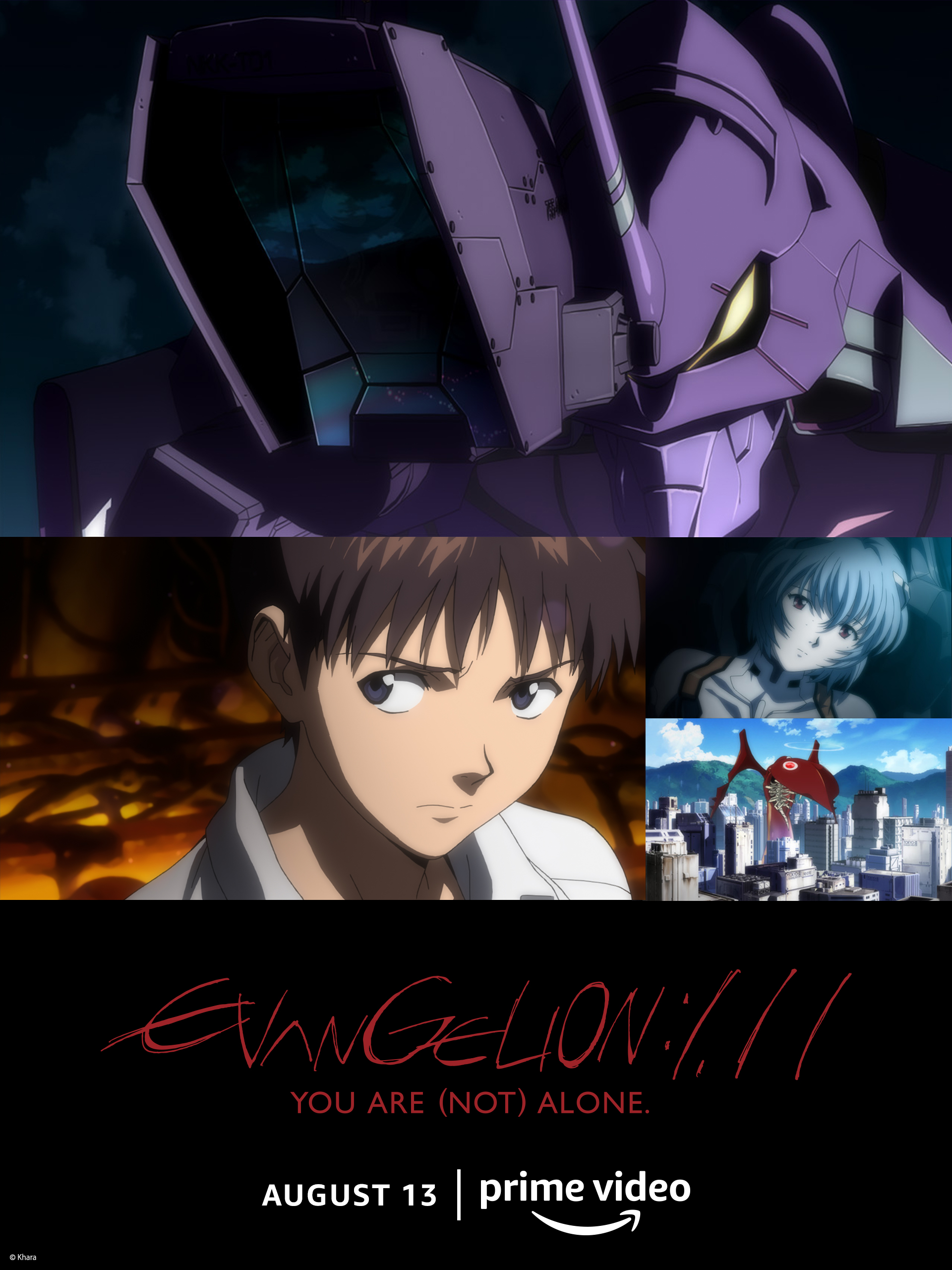 Here’s the description for Evangelion:2.22 YOU CAN (NOT) ADVANCE, “Mari Illustrious-Makinami pilots Provisional Unit-05 to defeat the excavated Third Angel. Asuka Langley-Shikinami and EVA-02 defeat the Seventh Angel.”

“The Eighth Angel appears and attacks Nerv HQ. EVA-03 is taken over by the Ninth Angel during testing and Shinji deploys to stop it, but learns Asuka is aboard. Gendo switches EVA-01’s controls over to the Dummy System and begins fighting EVA-03,” it concludes. 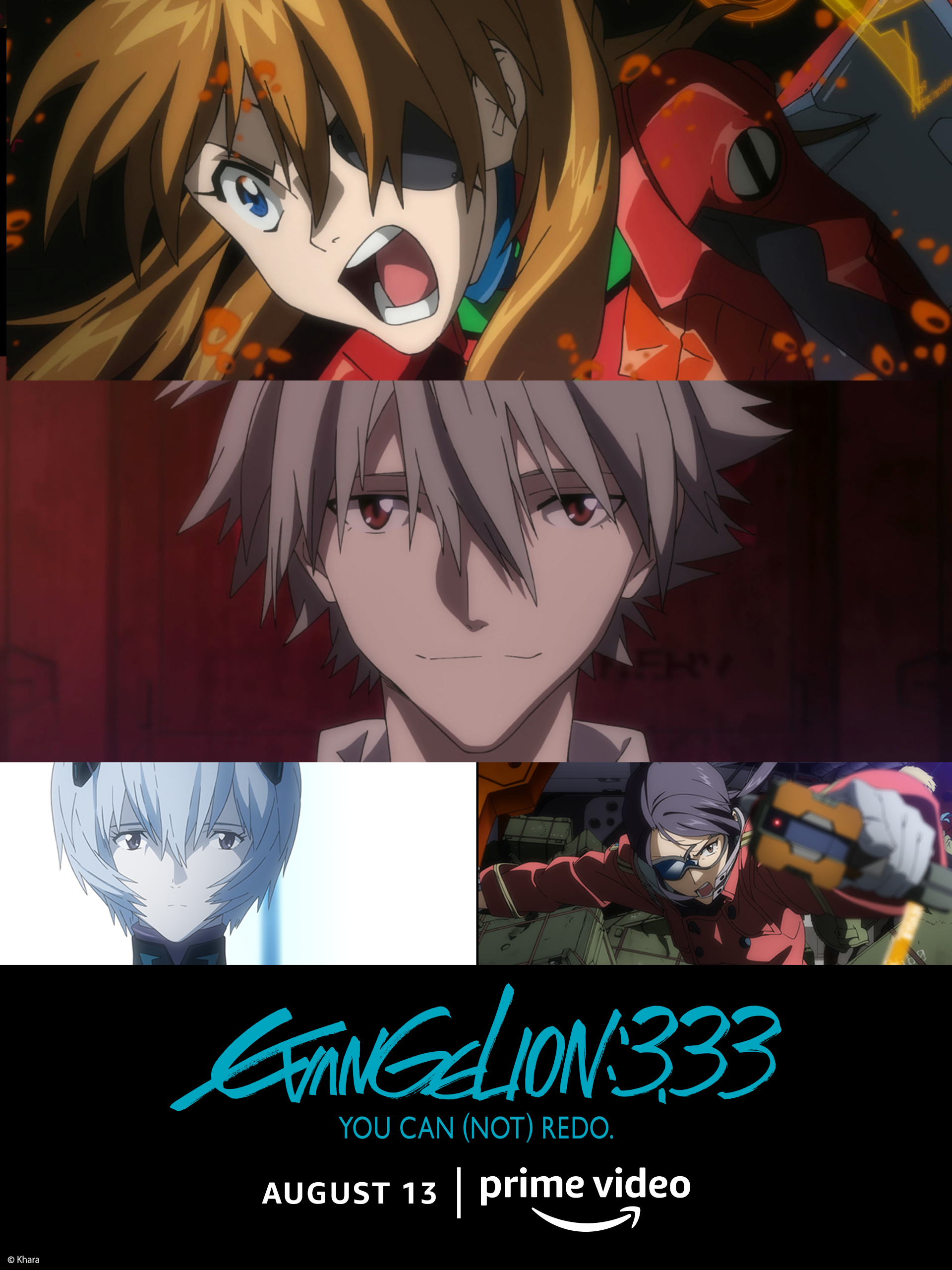 Source: EVANGELION:2.22 YOU CAN (NOT) ADVANCE

And finally here is the description for Evangelion: 3.33 YOU CAN NOT REDO, “Shinji wakes after 14 years aboard the battleship AAA Wunder belonging to an anti-Nerv organization founded by former Nerv members.”

The description concludes, “Shinji hears Rei’s voice coming from EVA Mark.09, sent to rescue him, so he leaves Wunder and heads to Nerv. Kaworu Nagisa shows Shinji the transformed land. He learns that saving Rei triggered the Near Third Impact that caused the catastrophic damage to Earth.” 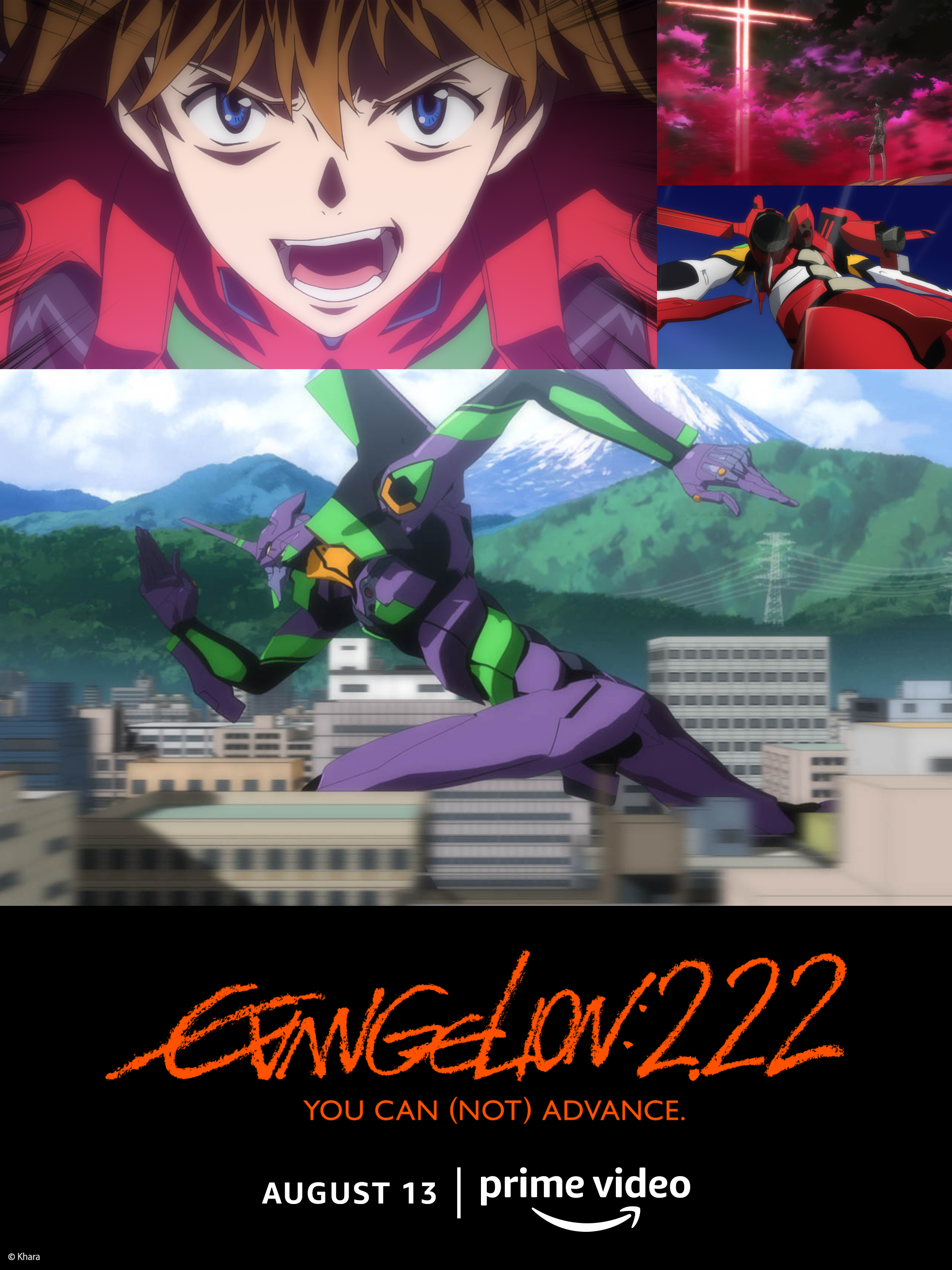 Amazon promises the films will also be dubbed in 10 languages including English, French, German, Portuguese, Spanish, and Italian. It will also be offered with subtitles in 28 languages.

Will you be watching?