The first chapter was released back in May with the second chapter arriving at the end of June. 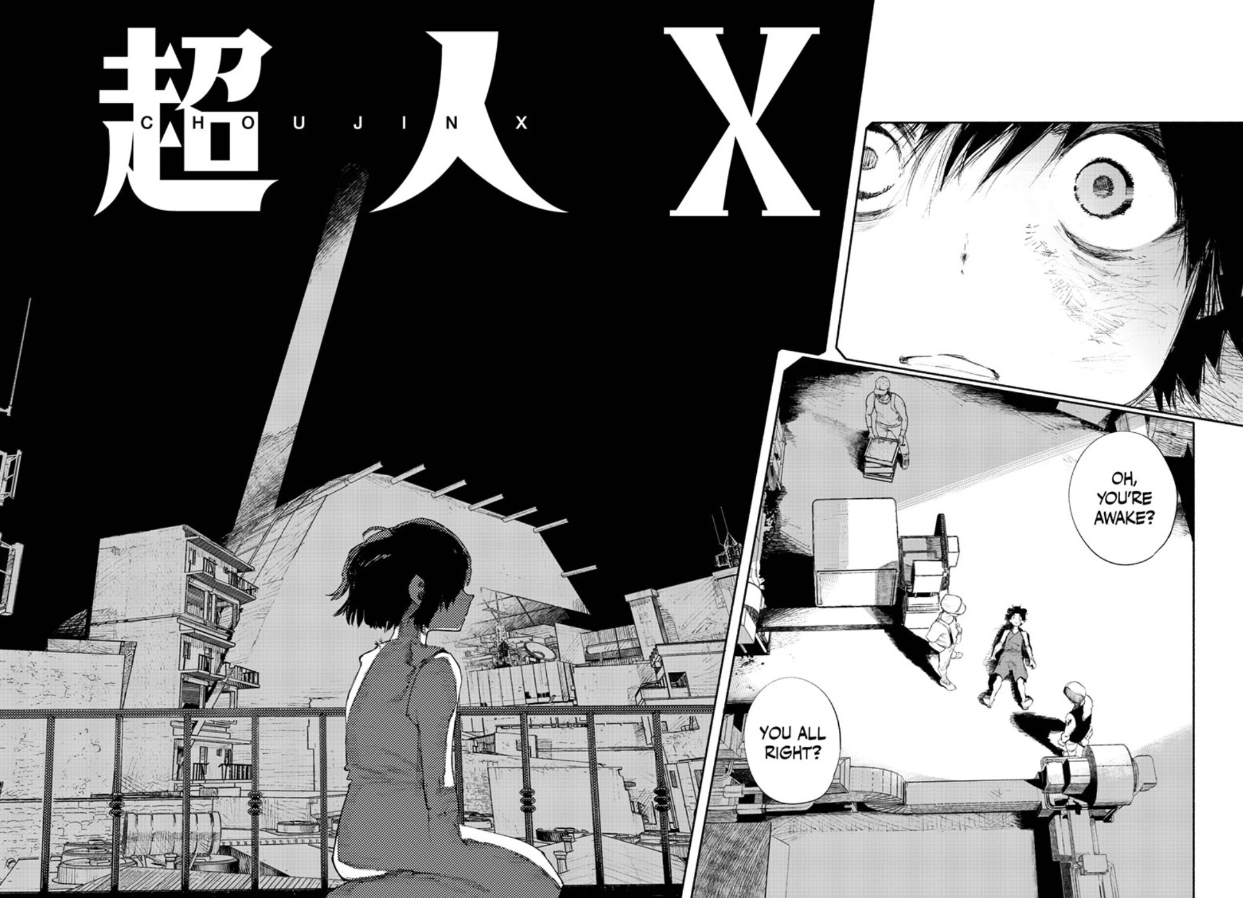 In the first chapter we were introduced to three different Choujin or superpowered peoples including the Flexi Choujin and the Bestial Choujin and one that had the ability to shoot fire from his hands.

The first chapter primarily followed the story of high schooler Tokio Kurohara as he aided his friend Azuma Higashi in defending innocent people around the neighborhood from thugs. 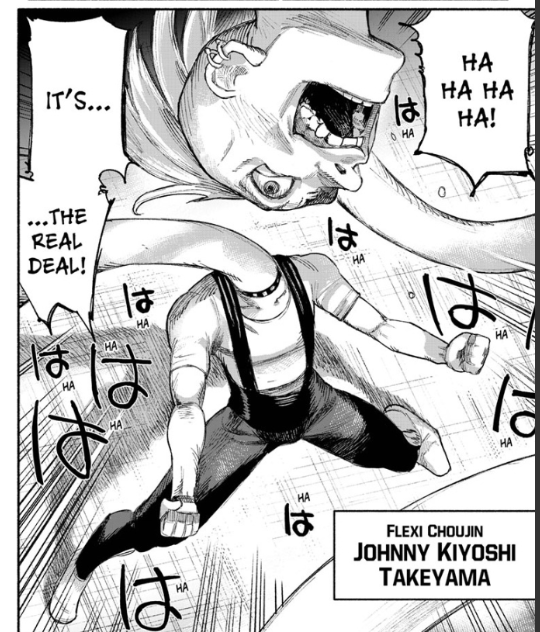 During one encounter, Higashi brutally beats up one thug that he breaks both his arm. The thug is eventually approached by a doctor who offers him the opportunity to turn into a Choujin by taking a special shot.

The thug takes it and transforms into the Flexi Choujin granting him powers similar to Mr. Fantastic. He takes his new found abilities and puts them to the test by hunting down both Higashi and Tokio.

In order to put a stop to him, Tokio discovers a shot for himself and transforms into the Bestial Choujin. 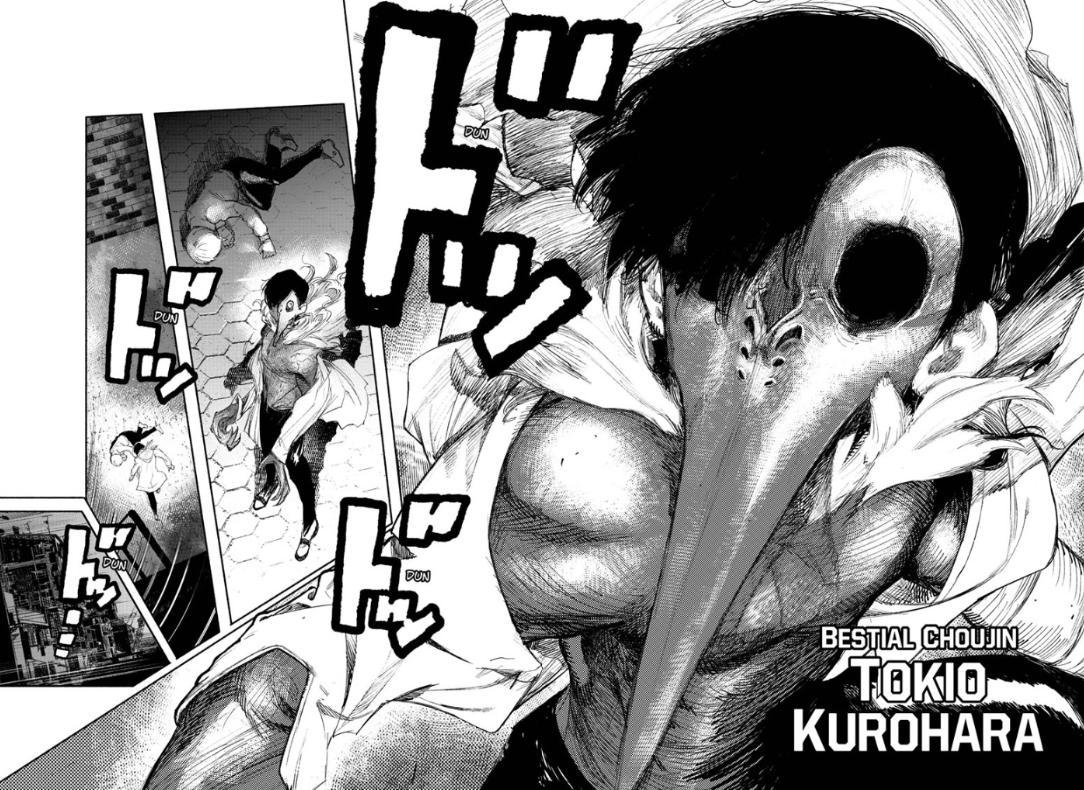 The third Choujin, while depicted in the beginning of Chapter 1 with his fire abilities was not revealed until Chapter 2. In Chapter 2 he’s revealed to be Chandra Hume a Smoke Choujin.

Much of Chapter 2 follows Hume as he pursues Ely Otsuta on a wild and fantastical chase throughout the city.

It’s eventually revealed that Ely is a Choujin as well and exhibits similar abilities to Hume. He wants to take Ely under his wing to teach him everything there is to know about being a Choujin. 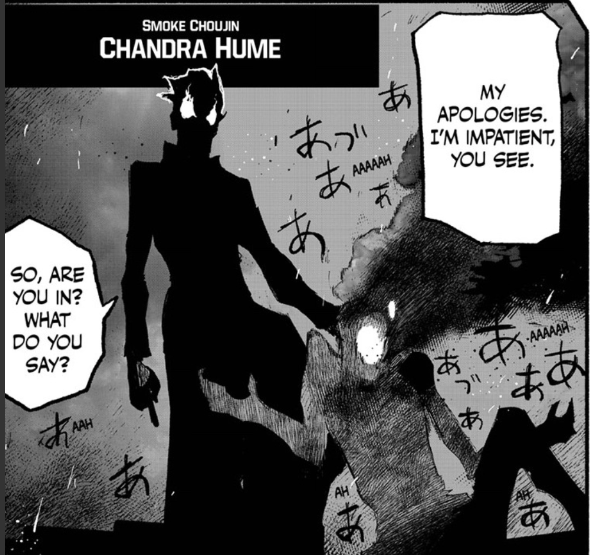 However, Ely is not interested in training underneath such a despicable person as Hume.

And fortunately, she is saved by the chapter’s new Choujin Hoshi Sandek, who describes himself as Yamato Prefecture’s Choujin Protector. 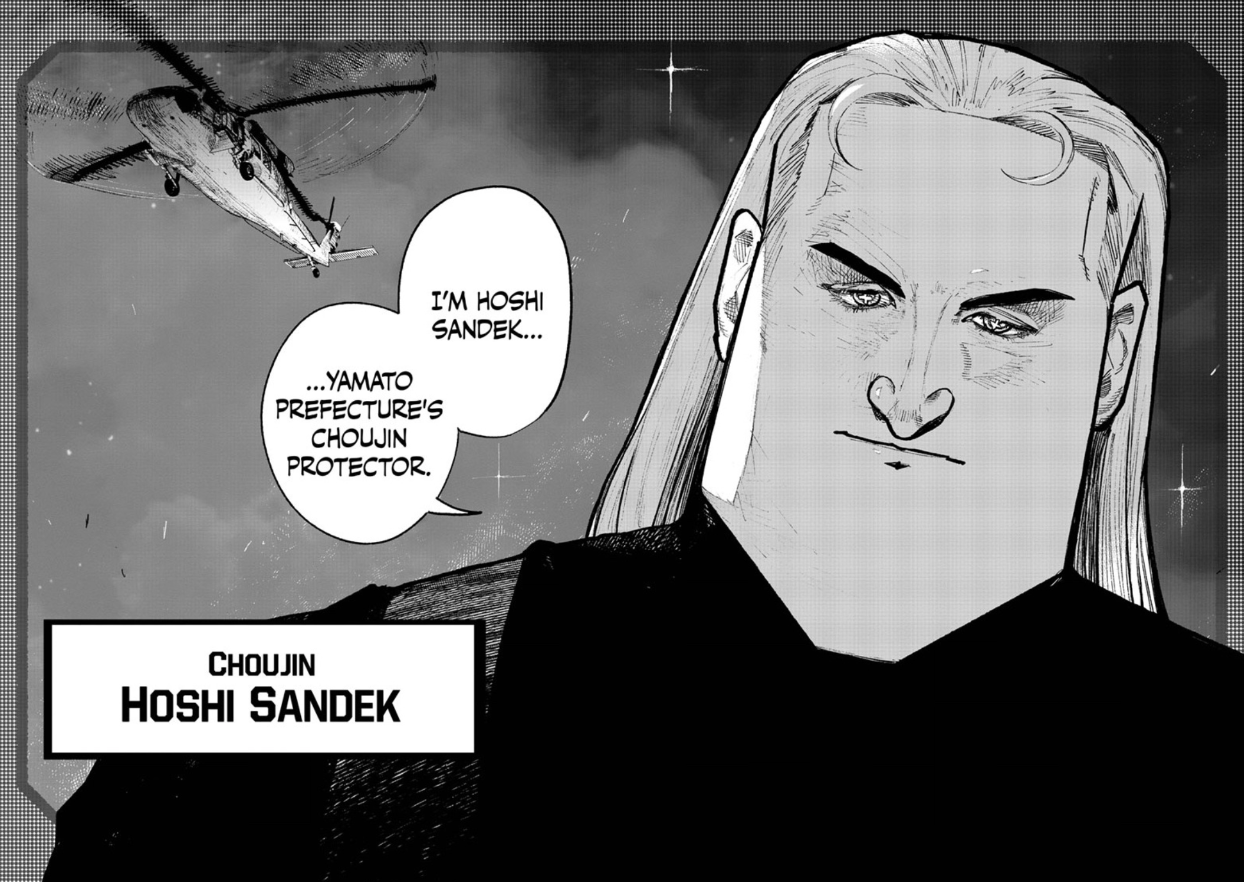 It’s unclear exactly what Sandek’s powers are, but he appears to have some kind of telekinetic abilities as he levitates a number of vehicles and sends them flying toward Hume in a brief battle against the villainous Choujin. 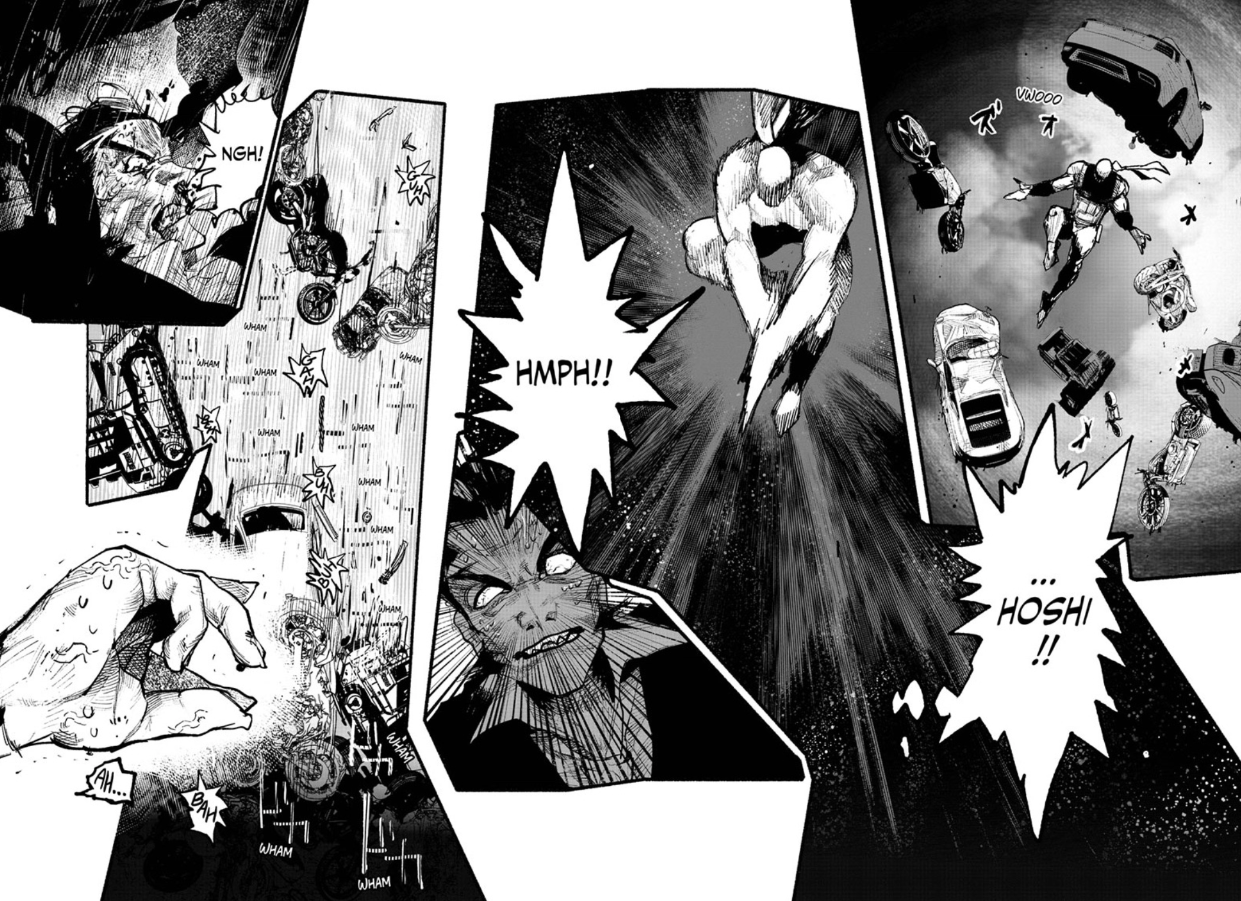 If you are looking to scratch a superhero itch, you can’t go wrong with Choujin X as Ishida has introduced an assortment of characters an underlying mystery and tons of action with incredible artwork in just two short chapters.

You can read both chapters for free on Shonen Jump.