Following their banning of various isekai and shonen anime titles from being distributed within Russia, which were ostensibly restricted out of a concern for the mental well-being of the nation’s youth, the Russian Government has now banned the classic 1998 anime film Akira from their country on the grounds that it could “harm the health and mental development of children.” 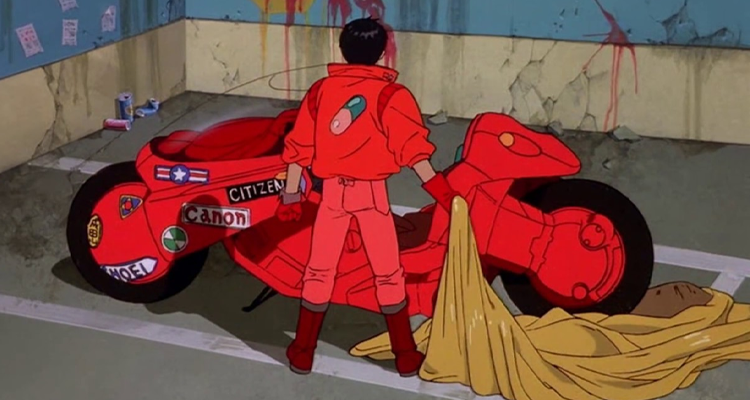 As announced by the United Press Service of the Courts of St. Petersburg via their official Telegram account on July 5th, the country’s government honored the prosecutor’s request to ban the distribution of Katsuhiro Otomo’s seminal animated adaptation of his Akira manga based on the belief that the film “can be harmful to the health and mental development of children.”

The court further noted that this decision was made in light of the previous bans issued against other anime series, including Tokyo Ghoul, Death Note, and KonoSuba. 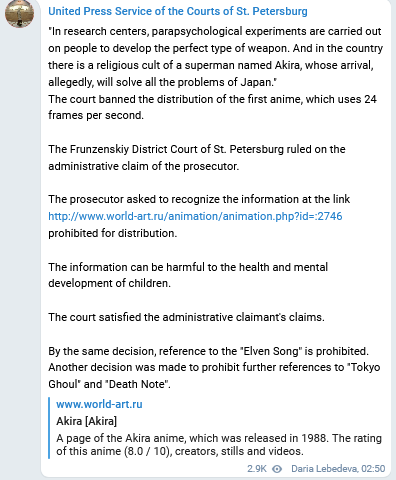 Though these bans were allegedly done in order to forcefully prevent pirate distribution websites from making the specified pieces of mature content available to younger audiences, their effects have had widespread ramifications for legal distributors, as multiple streaming services have had to remove the affected series from their libraries in order to avoid running afoul of the Russian government.

According to Russian pop culture news outlet GameMag, one such streaming provider affected by the bans was Russian streaming service Kinopoisk HD, who was recently forced to remove Tokyo Ghoul from its library of offerings in order to comply with the state’s latest rulings. 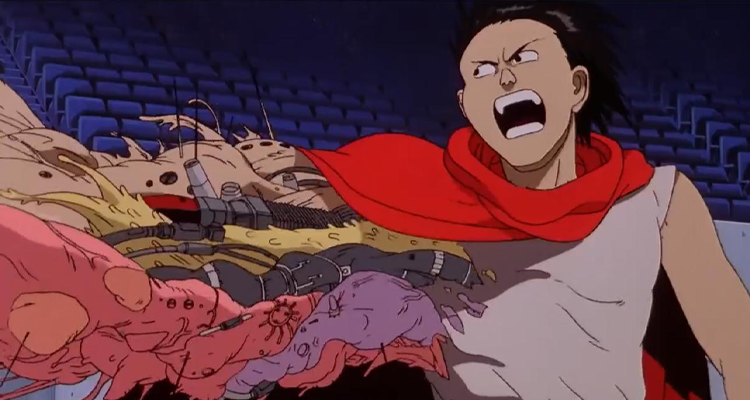 As of writing, with the ban of Akira, the Russian government has thus far banned a total of thiren anime productions from distribution within its borders, including the three aforementioned series as well as Elfen Lied, Interspecies Reviewers, Inuyashiki, Naruto, Nekopara, Princess Lover, That Time I Got Reincarnated As A Slime, and Zombieland Saga.

What do you make of Russia’s ban of Akira? Let us know your thoughts on social media or in the comments down below!