After their upcoming adult visual novel Lewd Idol Project was accused by Paypal of being related to real-world “sexual services,” developer Toffer Team has reported that the payment processing platform has not only barred them from using their services, but also restricted them from accessing any of the money previously raised for the project through its Kickstarter campaign. 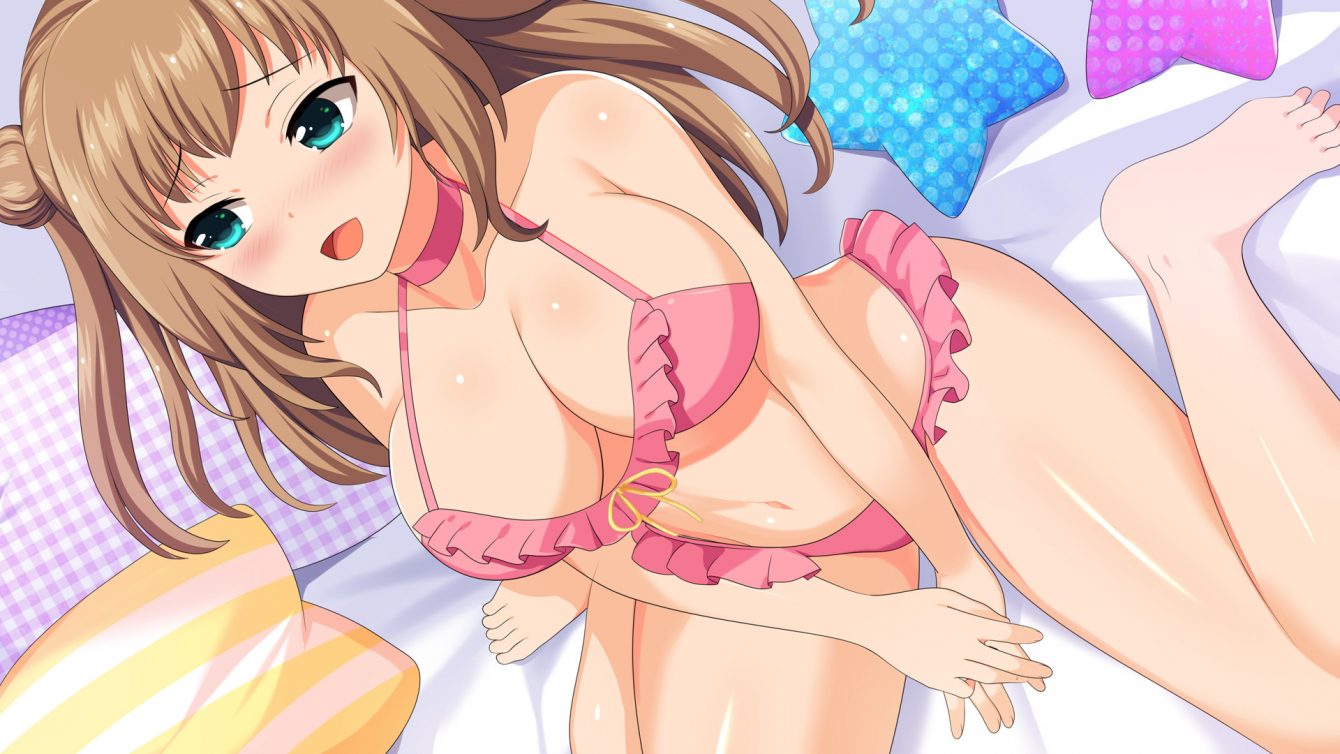 A yuri-centric adult visual novel, LIP! Lewd Idol Project follows the story of Kairi, a young girl who moves to Akihabara in the hope of “becoming the biggest and most popular Idol ever!”

Shortly after embarking on her journey, Kairi encounters rejection from a number of different talent agencies, and in the process, discovers that breaking into the idol business is much more difficult than she previously believed. 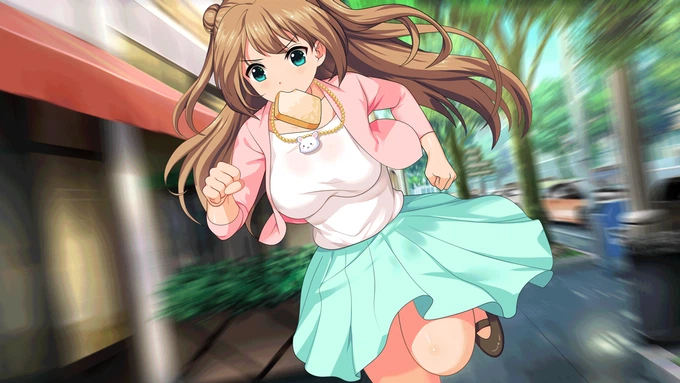 Finding herself in massive debt thanks to her inability to find work as an Idol, Kairi is soon approached by “a perverted and self-proclaimed lewd producer” who “introduces the shy Idol wannabe into her most recent and ambitious project… LIP! Lewd Idol Project.”

Launched on Kickstarter in October 2020, the project reached its initial development goal of $9,500 USD, ultimately closing its campaign last November with a final total of $35,116 USD in financial contributions. 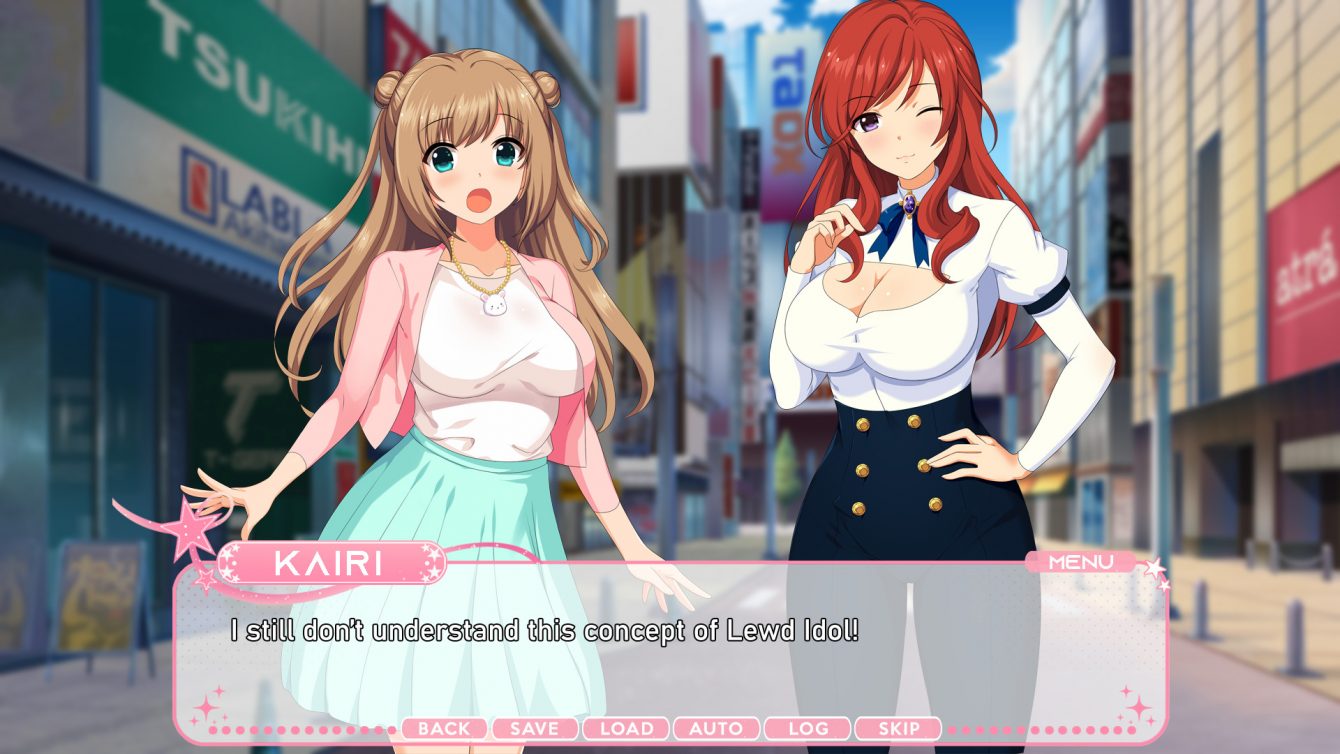 According to Toffer Team’s extended statement on the situation, this action was taken by PayPal “due to our content being related to, according to them, ‘sexual services’.” 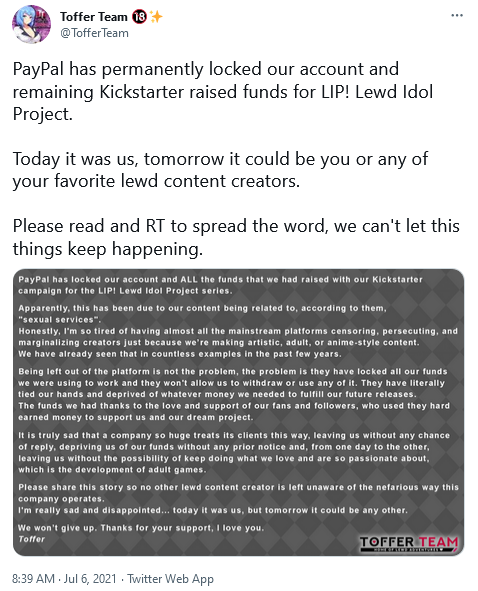 “Honestly, I’m so tired of having almost all the mainstream platforms censoring, persecuting, and marginalizing creators just because we’re making artistic, adult, or anime-style content,” Toffer Team continued. “They have literally tied our hands and deprived [us] of whatever money we needed to fulfill our future releases. The funds we had thanks to the love and support of our fans and followers, who used [their] hard earned money to support us and our dream project.” 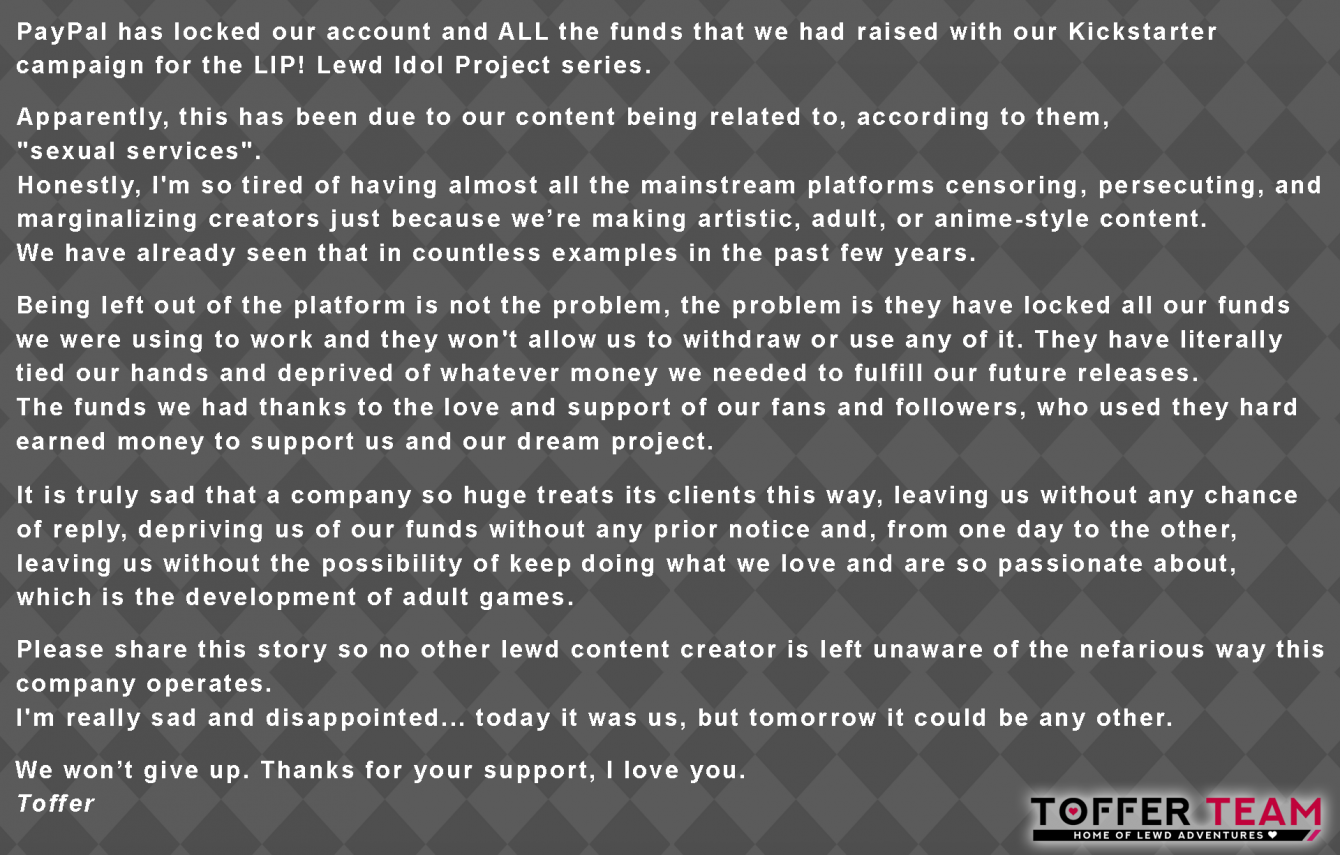 “Please share this story so no other lewd content creator is left unaware of the nefarious way this company operates,” Toffer Team asked its followers. “I’m really sad and disappointed…today it was us, but tomorrow it could be any other

Toffer Team concluded their statement by asserting that they “won’t give up” and thanked fans for their continued support. 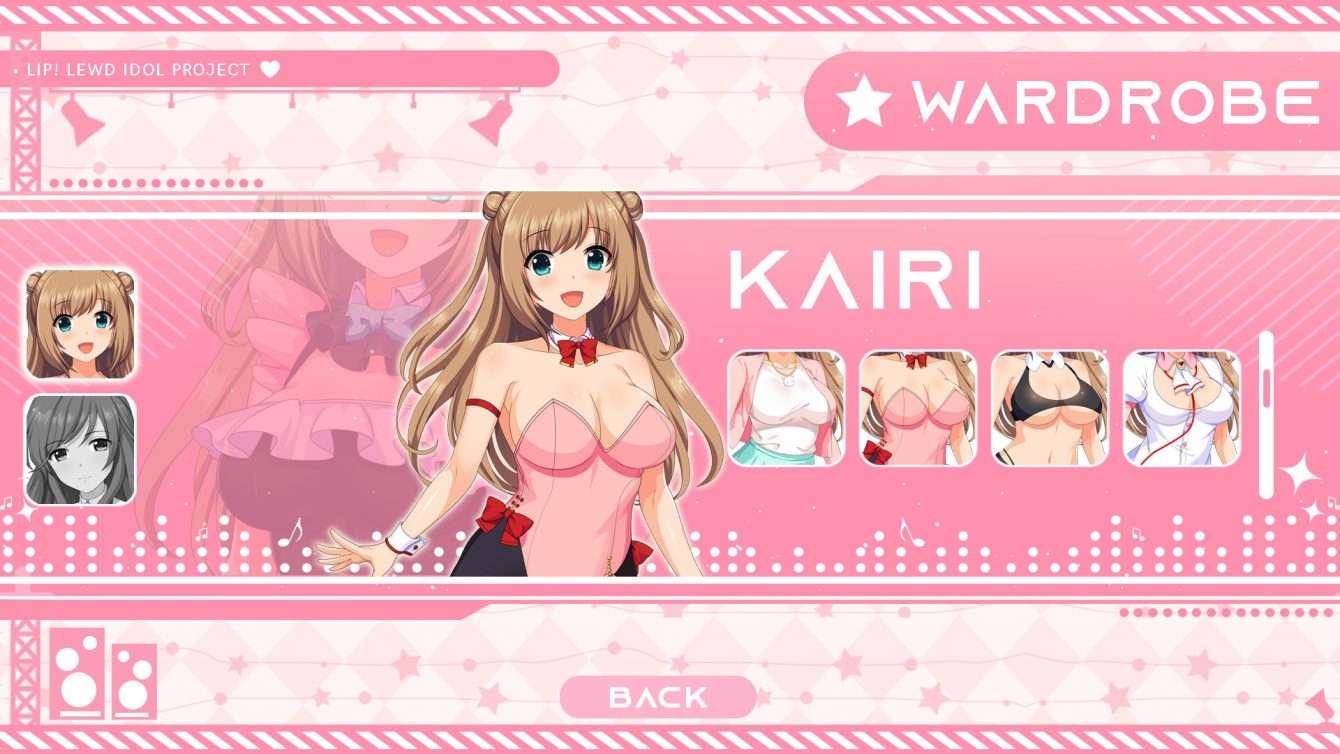 As of writing, the situation between Toffer Team and PayPal remains unresolved, with the adult developer still unable to access their rightfully owned funds.

The first volume of LIP! Lewd Idol Project is currently available for purchase on Steam.

What do you make of PayPal’s action against Toffer Team and LIP! Lewd Idol Project? Let us know your thoughts on social media or in the comments down below!