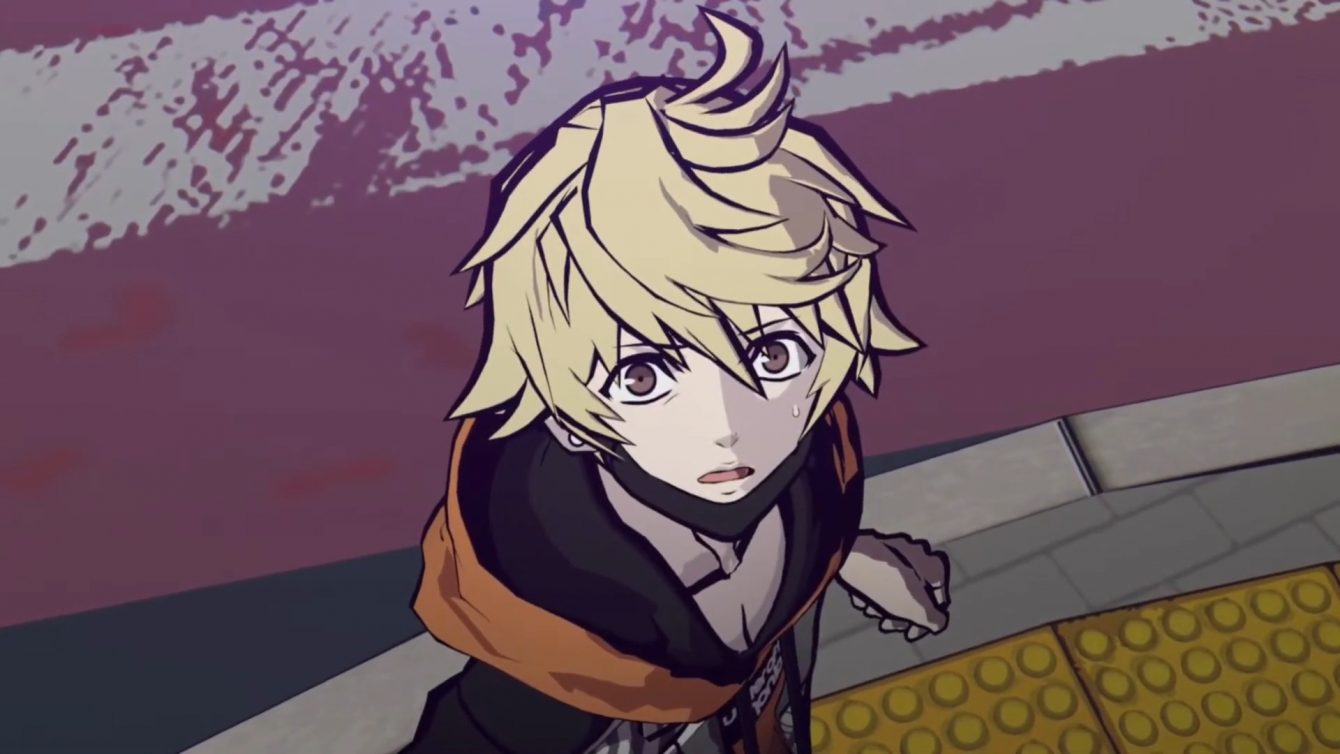 Readily accessible to the public since the release of the game’s demo two weeks prior but recently brought to widespread social media attention by a July 5th tweet made by Twitter user @magicalgirlnoir, the changed line of dialogue is presented to players during the second day of protagonist Rindo Kanade’s participation in the latest Reaper’s Game.

Tasked at this time with finding a number of sketched riddles, a series of puzzles laid out by the Reapers which require players to identify drawings of various locations and then proceed to each respective spot in order to survive to the next day, Rindo and teammate Fret successfully decipher the images only to eventually discover that the final clue has been recently painted over with fresh graffiti. 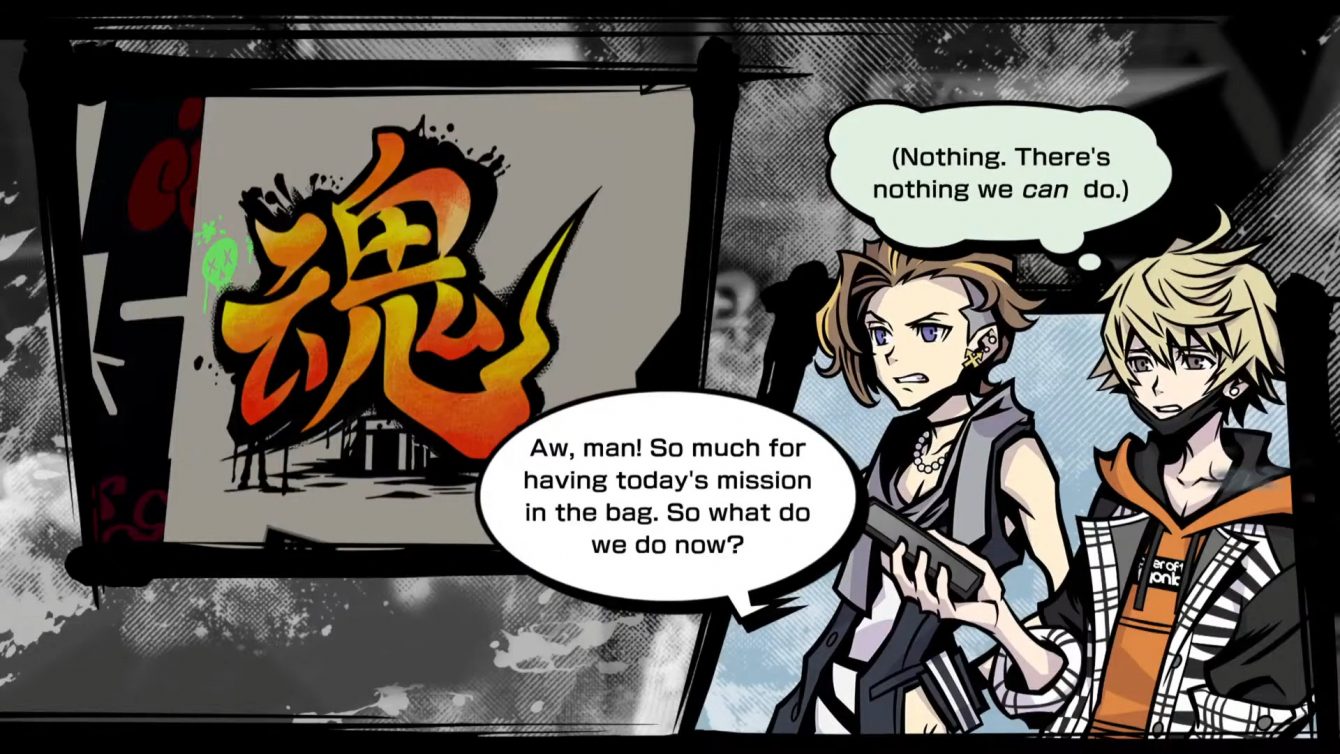 Taking off in search of their inadvertent game-jeopardizing vandal in the hopes of uncovering the identity of the image covered up by the graffiti, the two eventually discover the culprit to be none other than MKN, a world famous fashion designer.

The two proceed to track down MKN and, thanks to Fret’s newly unlocked ‘Remind’ mind-reading ability, discover that she painted over an image of the local 104 Building, an in-world structure based on the real-world 109 department located in Shibuya, Tokyo. 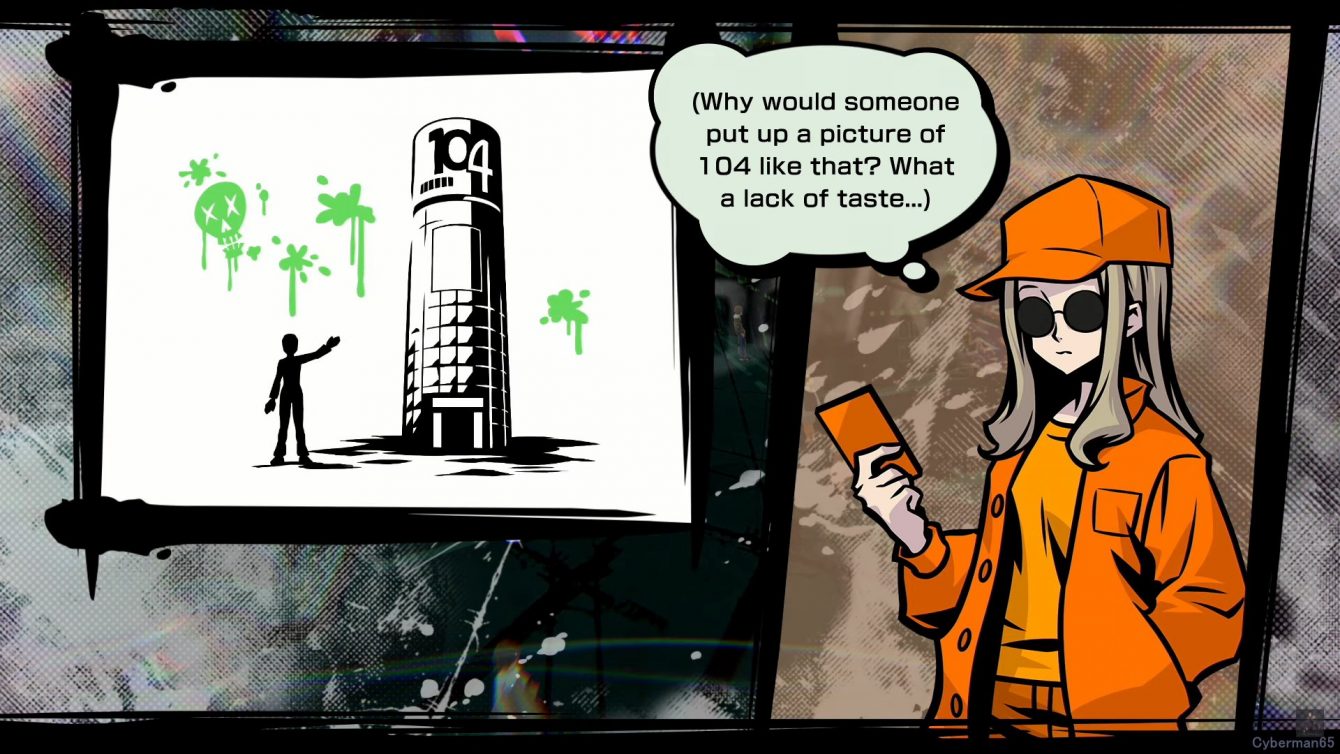 It is during Fret’s probing of MKN’s memory where the localization team’s change can be found, as according to @magicalgirlnoir in their aforementioned tweet, the Japanese and English language versions of the game provide two separate motivations for the renowned designer’s defacing of the 104 building sketch.

In the original script, MKN’s memories note that she painted over the sketch not only because she simply did not like it, but also because, as an artist herself, she felt disgusted at what she perceived as a ‘lack of effort’ both in production and subject selection on behalf of the sketch’s artist (unbeknownst to her an intentional appearance given to the drawing in order to facilitate the Reaper’s Game). 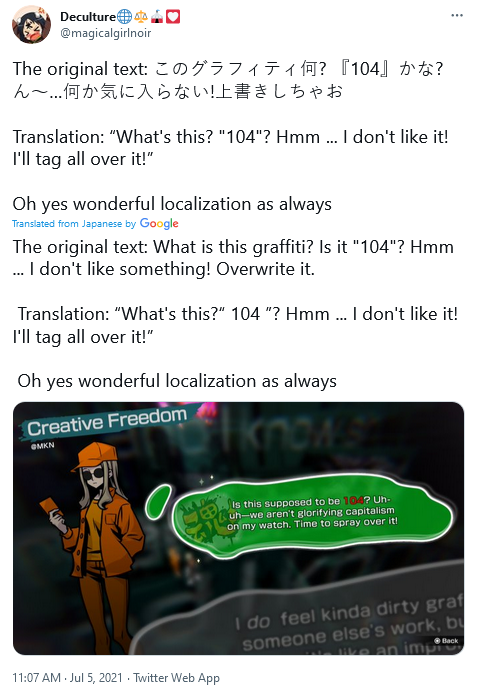 However, in the localization, MKN instead takes issue with the Reaper’s use of the 104 Building as the subject of their lack-luster artwork because it runs afoul of her anti-capitalist ideals (an ironic mindset given her current career choice).

“Is this supposed to be 104?”, reads MKN’s inner monologue. “Uh-uh – we aren’t glorifying capitalism on my watch. Time to spray over it!” 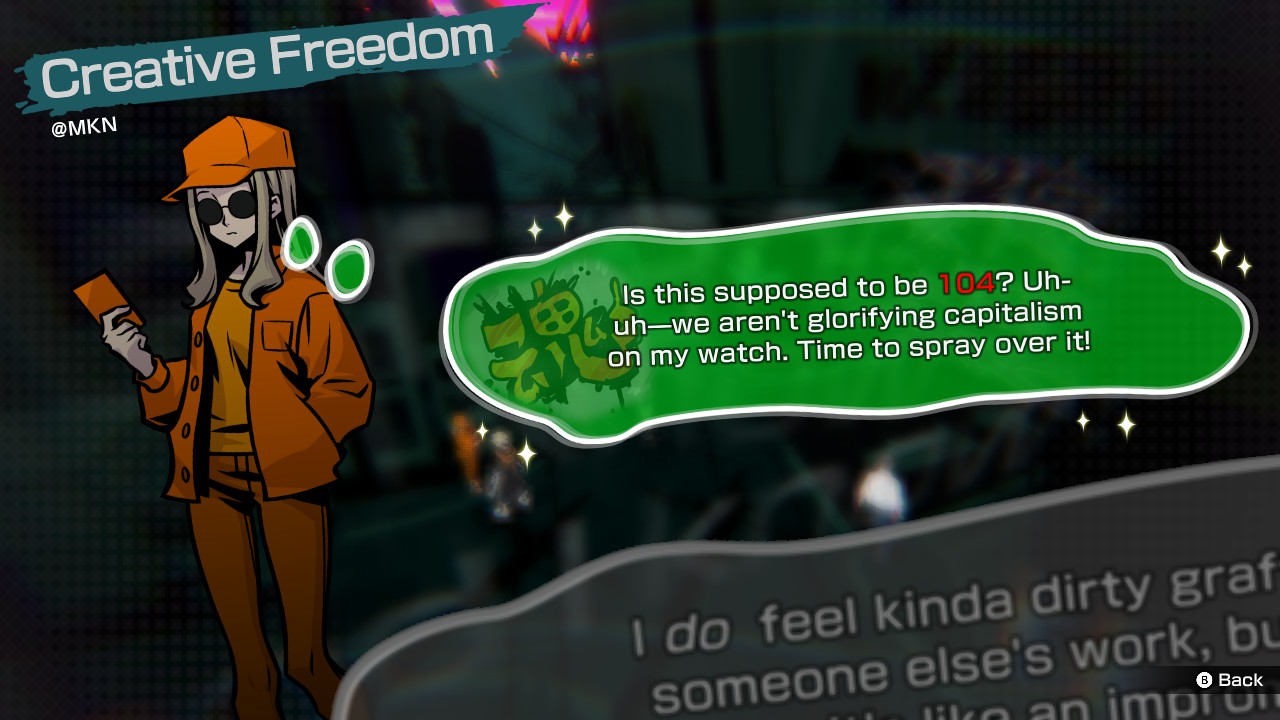 This is not the first time The World Ends with You series has had a line of dialogue changed by localizers in order to explicitly name the concept of capitalism, though the only other such example makes more practical sense than this one.

In the original game, Week 2, Day 3, events lead Neku and Joshua to the newly opened Shadow Ramen shop. When the two enter the establishment and attempt to approach the counter, they’re kicked out by the store’s imposing owner for cutting the line, which currently stretches out the shop’s door and down the street. 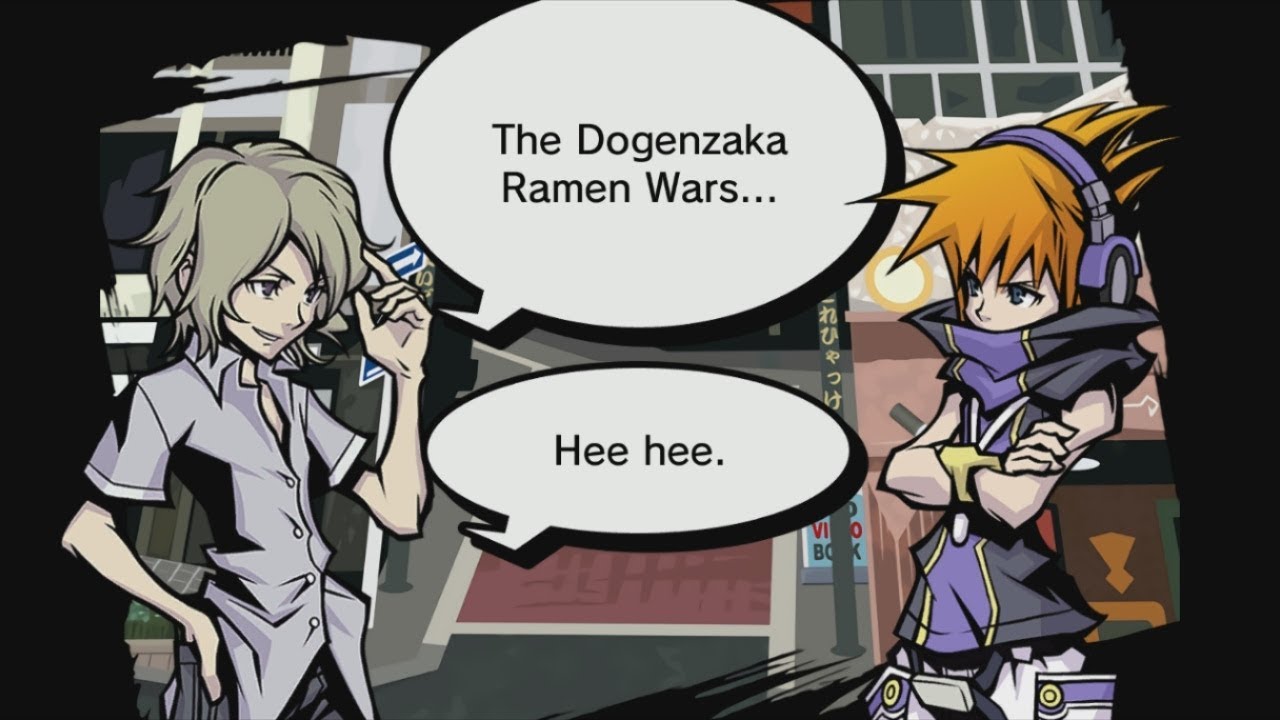 This refusal of service prompts Neku to voice his frustration with the situation, particularly with his difficulty grasping the concept that such a young business could already have such a fervent customer base.

In Japanese, Joshua admits to Neku, “It can’t be helped, as it is a competitive society.” 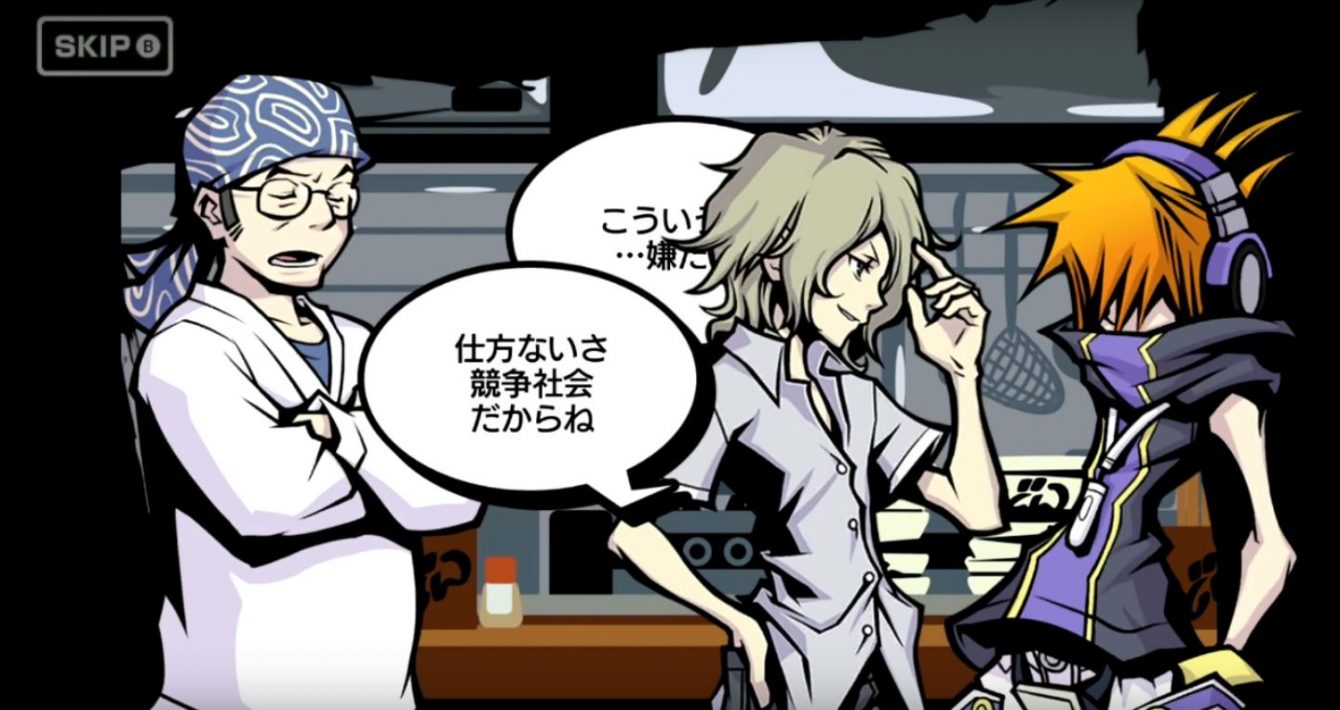 Yet, in English, Joshua instead simply laments, “Welcome to capitalism, Neku.” 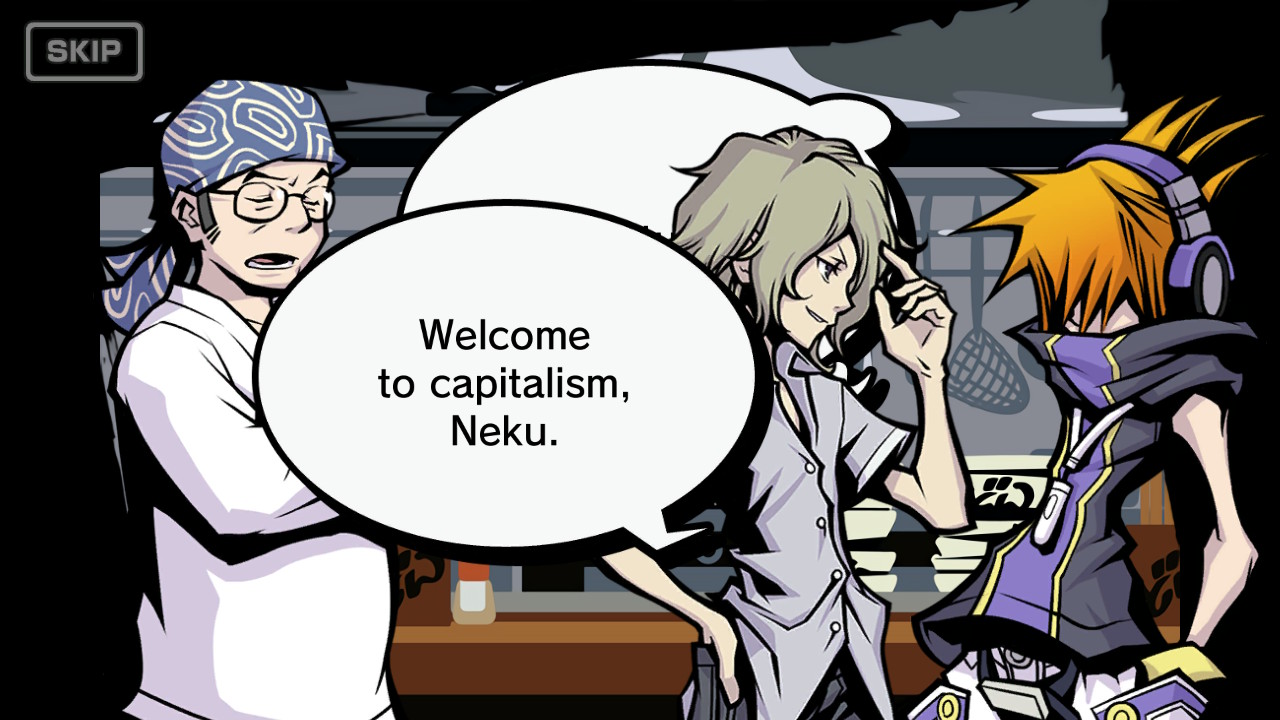 NEO: The World Ends with You releases for the PlayStation 4, Nintendo Switch, and PC platforms on July 27th.

What do you make of the change made to MKN’s inner-dialogue by NEO: The World Ends with You’s localization team? Let us know your thoughts on social media or in the comments down below!