The Suicide Squad director James Gunn recently took to Twitter where he provided a short reflection on his life and advised his followers to not waste their lives chasing praise.

Gunn’s comments were spurred on by Collider Editor-in-Chief Steven Weintraub who wrote on Twitter, “If I was someone that made movies or TV I’d definitely not be on Twitter or other social platforms. Because no matter what you do and no matter the choices you make someone will always be SCREAMING how you did it wrong.” 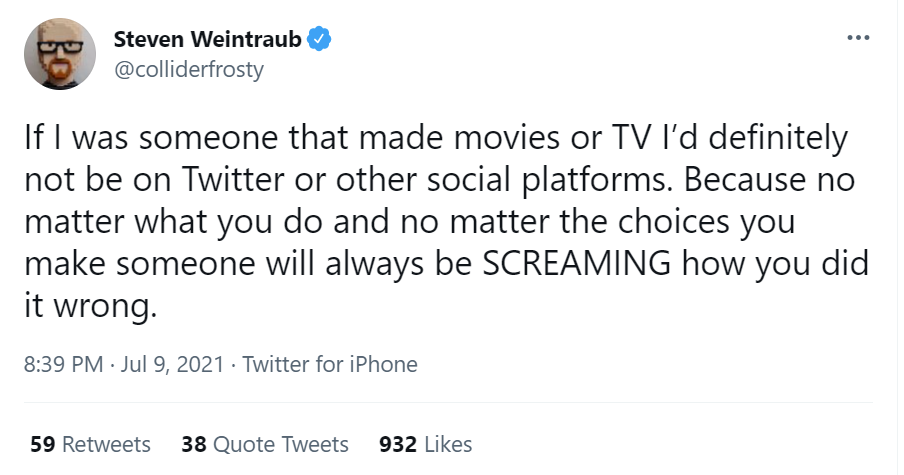 Gunn responded to this writing, “Creator or not, we all encounter the negative opinions of others. If I let other’s judgments stop me I would have stopped telling stories when I was five. Additionally, the majority of people on Twitter are nice.” 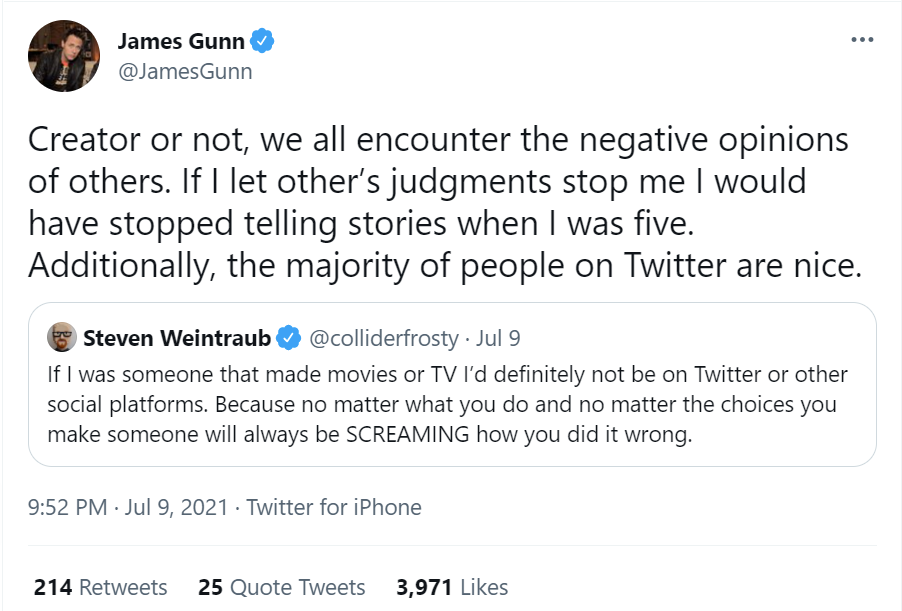 Twitter user K. Kortez would respond to this tweet from Gunn writing, “This is something that a lot of people don’t realize. Negative comments, and especially the ones that are actually toxic, are often greatly outnumbered by positive and neutral comments.” 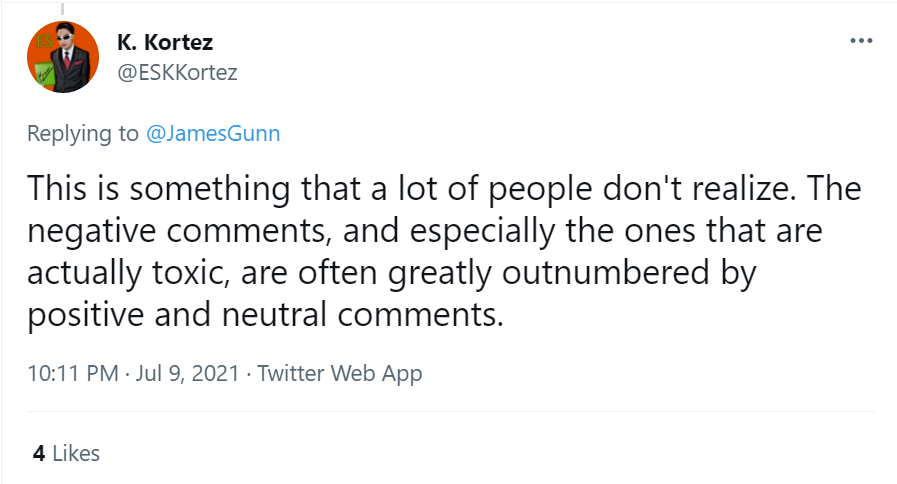 Kortez added in a follow-up, “That said, dealing with the negative is a skill and it can be very hard for some to manage it. One negative comment in a sea of positive ones can affect you more if you let it.” 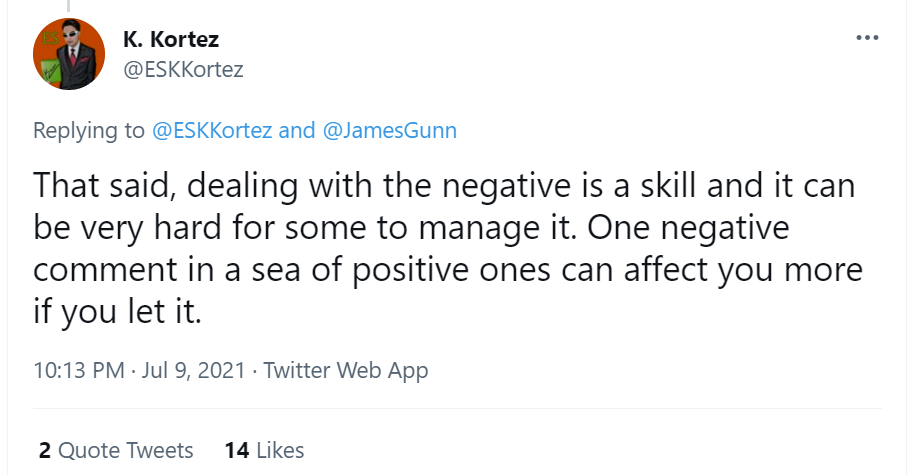 Gunn responded to this tweeting, “Negative comments can hurt. Positive comments feel good. Both those things are okay. The trick is to not let the opinions of others, positive OR negative, define how I feel about myself.” 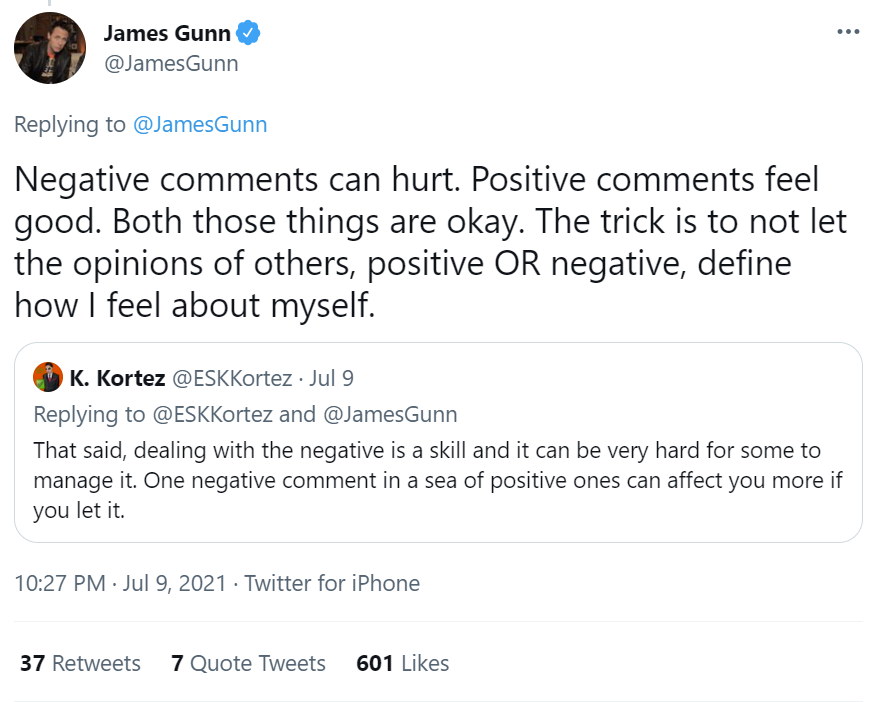 “Realizing I was over-reliant on the positive esteem of others was an awakening that changed my life for the better,” Gunn went on to tweet.

He added, “It freed me to make true connections with other people, something I found difficult for most of my life.” 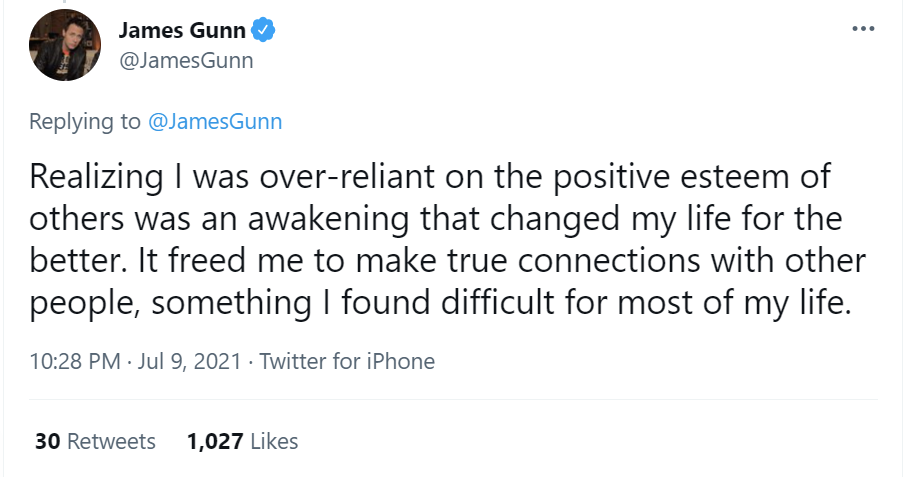 Gunn then advised his fans, “Praise is great but it’s not the same as love, & it’s certainly not something to waste a life chasing after.”

What do you make of Gunn’s advice?