Loki and Sylvie have made it past Alioth and plan to confront the person behind the TVA. Meanwhile Mobius plans to confront Renslayer as he returns to the TVA.

While episode 5 was a vast improvement for the show compared to the two previous episodes, episode 6 “For All Time. Always” reverted back to form. But not only did it revert back to form, it revealed that the entire season was completely and utterly pointless. You could delete this entire season and nothing in the MCU would have been affected whatsoever.

Not only is the entire show pointless, but this episode featured all of the problems of the entire season. There’s mind numbing exposition that contradicts previously established exposition. In order to hammer home this exposition, you get boring, long-drawn out conversations.

And when you do get an action set piece, it doesn’t even make sense from a character perspective. 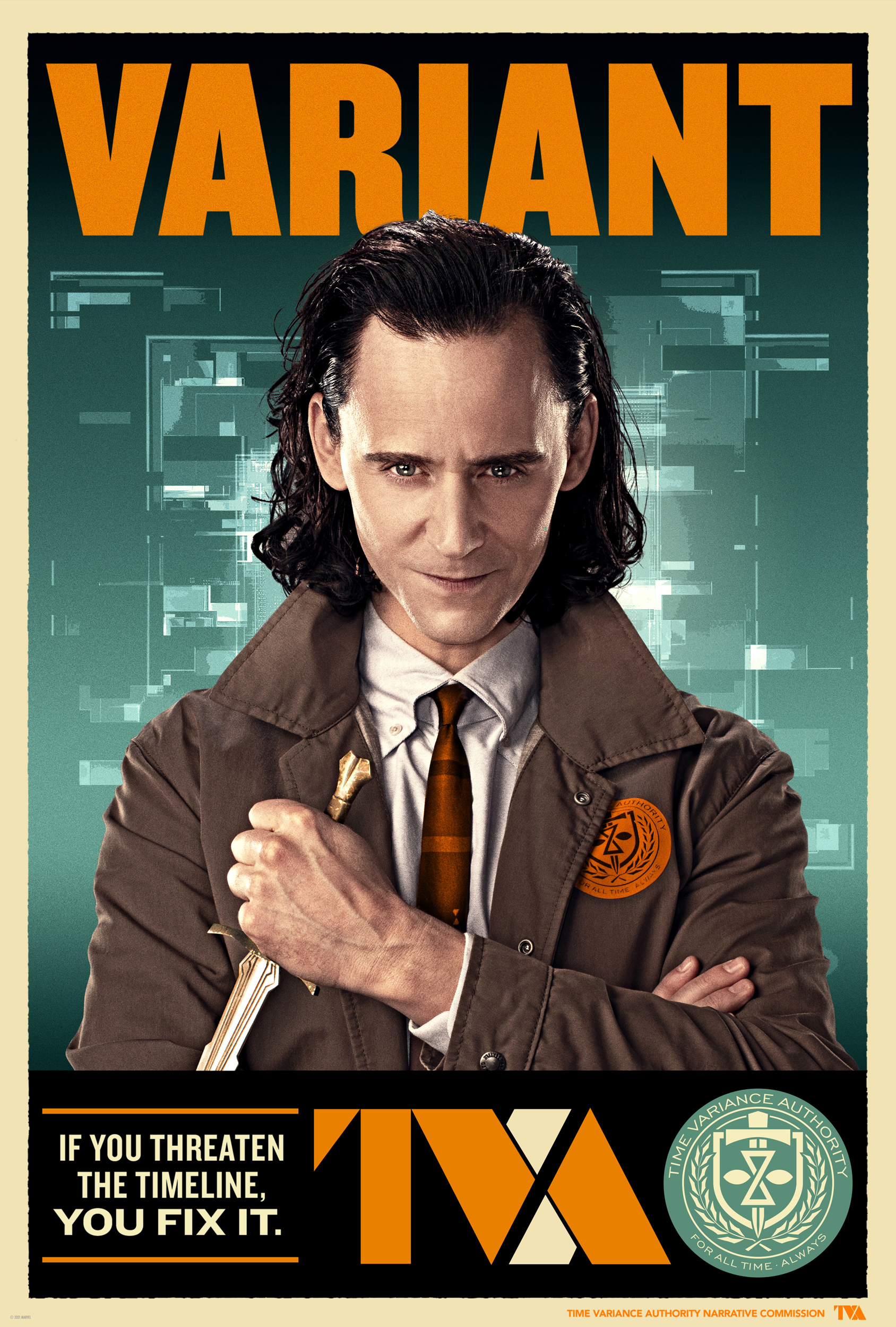 So, let’s dig into this. The beginning of the show has a radically different opening than all of the other episodes. It was a nice bit of CGI effects, but at the end of the day it’s unclear what any of it means. I’d wager Marvel doesn’t even know what it means at this point. It just looked cool.

From there the episode does indeed pick up where we left off with Loki and Sylvie at the Citadel at the end of time. However, as we’ve seen throughout this show, it quickly bogs down as Sylvie and Loki debate on whether or not to enter the Citadel when they get to the front door. 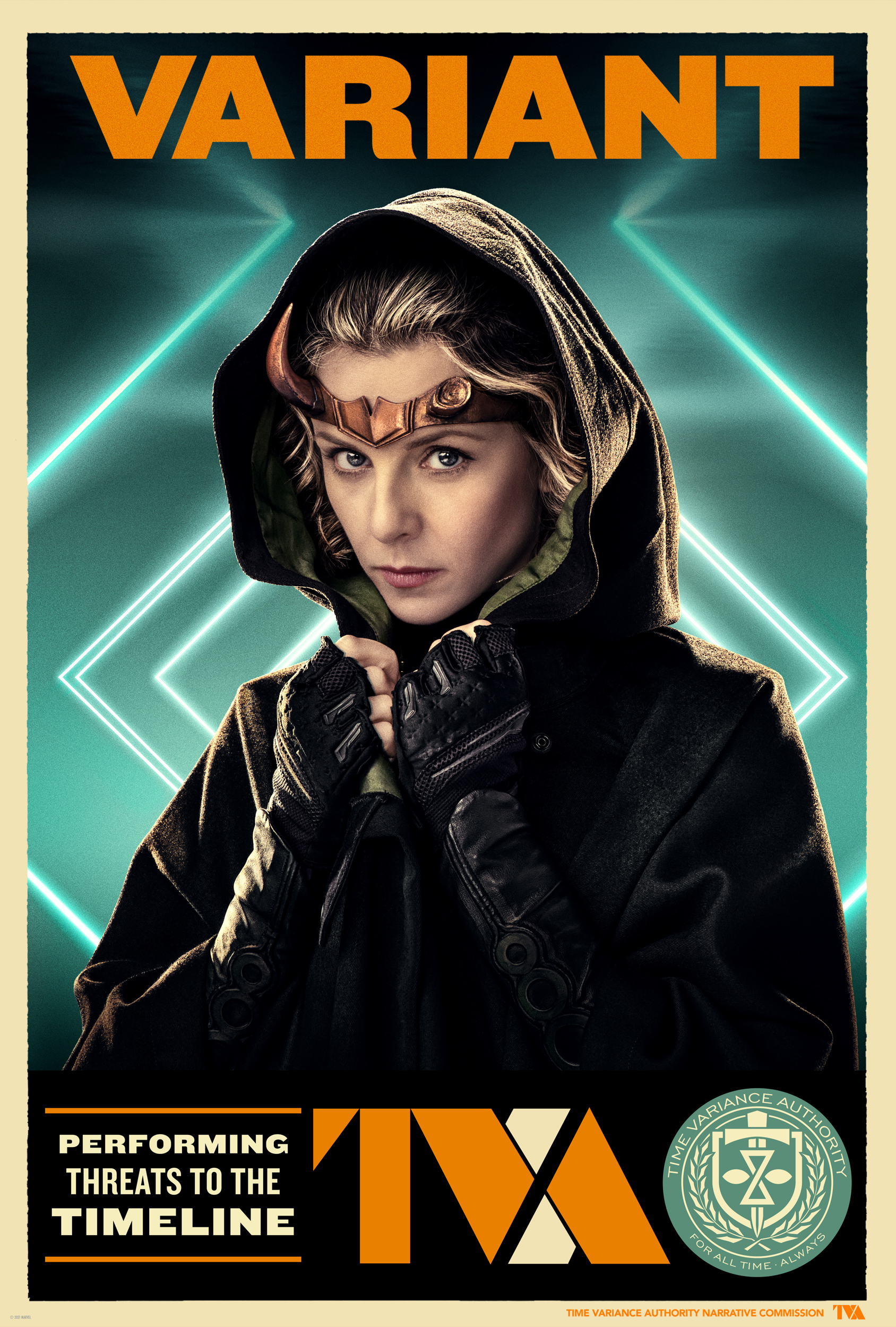 The dialogue is completely and utterly pointless. It does nothing for the characters. It does nothing for me as a viewer. It’s just there to fill up time. They literally talk about preparing to face the person behind the TVA. However, we know Sylvie and Loki are already prepared from their previous meeting with the Time Keepers.

Not only is the dialogue pointless and boring, but it also highlights just how terrible the writing is. Sylvie tells Loki, “I was pruned before you even existed.”

However, the first time she was actually pruned was in the last episode when she did it to herself. They can’t even get their own story straight with simple lines of dialogue and it doesn’t get any better from there.

The door eventually opens by itself, again proving the entire point of the preceding dialogue to be completely and utterly pointless. As they get inside, the duo are confronted by Miss Minutes.

Miss Minutes gives both Loki and Sylvie the opportunity to be inserted back into the timeline. She offers Loki what he previously desired with his conquest of Earth and even the ability to defeat Thanos. He even is offered the Infinity Gauntlet and Asgard.

Sylvie’s offer is laughable, showing just how terribly they’ve treated her character so far. She’s offered “a lifetime of happy memories.” That’s it. That’s apparently the life she always wanted. We don’t even know what happy memories are for her. It’s a joke.

Both of them reject the offer, like it was even a temptation in the first place.

The show then cuts to Renslayer going through files in her office. Miss Minutes shows up and gives her some files from He Who Remains, the person who controls The Citadel at the End of Time. It’s a scene that never gets any payoff whatsoever. It’s supposed to be a hook for a second season, but there isn’t much to hook you on.

Back at The Citadel, Loki and Sylvie painstakingly make their way through it. It’s supposed to be build suspense, and could have been a good moment, but Marvel’s all about subverting expectations now. The suspense is instantly killed when Jonathan Majors’ He Who Remains arrives.

I’m not a fan of the way he portrays the character. Instead of a being that has been worn down as the only remaining person, he acts like a six year old kid who just saw the shiniest thing in the room. There’s absolutely no menace, no threat.

To highlight the fact they wanted to subvert your expectations, Majors says, “Not what you were expecting.”

While He Who Remains’ personality is not threatening at all. There is a nice little action sequence where he uses an advanced TemPad to avoid a number of Sylvie’s sword swings. It’s decently entertaining and does break up the monotony of the endless conversations.

However, it fails because it’s just Sylvie swinger her sword, when her most potent ability and the one she has effectively used to outwit the TVA and even subdue Alioth is her enchantment. She doesn’t use it at all in this episode whatsoever. It’s a huge hole in the writing, but not a surprise given they’ve barely used any magic throughout the episode.

And then after he evades a number of attacks, Sylvie and Loki decide to sit and listen to him. They stop their attacks. He literally offers them no reasons, but they go ahead and sit down anyways. Talk about bad characterization. 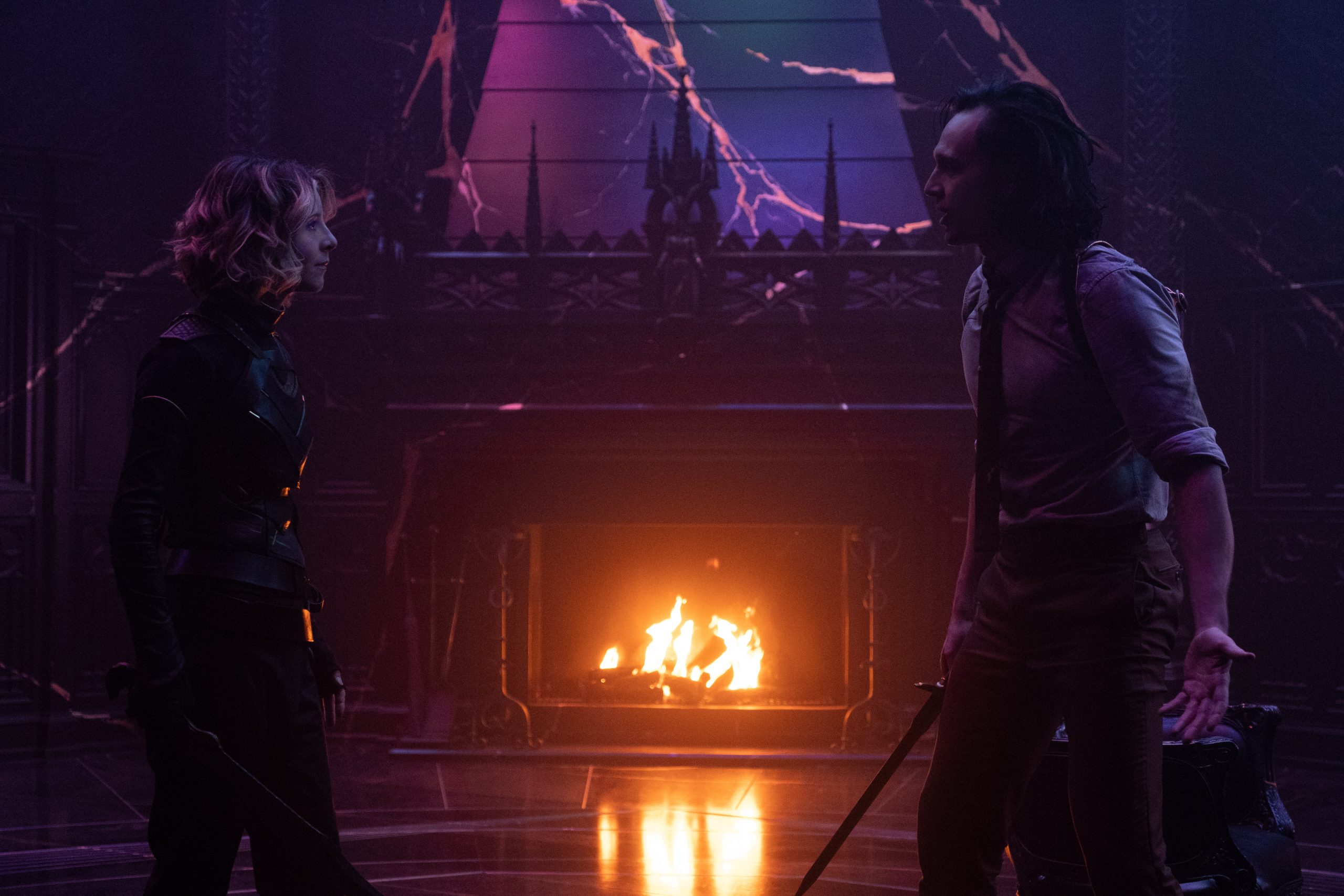 The show then cuts to Mobius confronting Renslayer. The two go back and forth. It’s another boring conversation.

They try to get some excitement towards the end by revealing Renslayer’s secret, but at the end of the day they just reveal to a number of other Minutemen that everyone at the TVA is a variant. They do it by introducing them to a Renslayer variant.

While it’s nice showing that Renslayer is a variant, it’s hard to believe that Mobius and B-15 convinced almost all of the TVA that their mission is a fraud. Especially when Renslayer kept to the mission in the previous episode. One would think there might actually be a power struggle within the TVA with a number of minuteman refusing to believe Mobius or even if they didn’t believe, they would still stay to the mission. None of this is explored whatsoever. It’s just handwaved away. 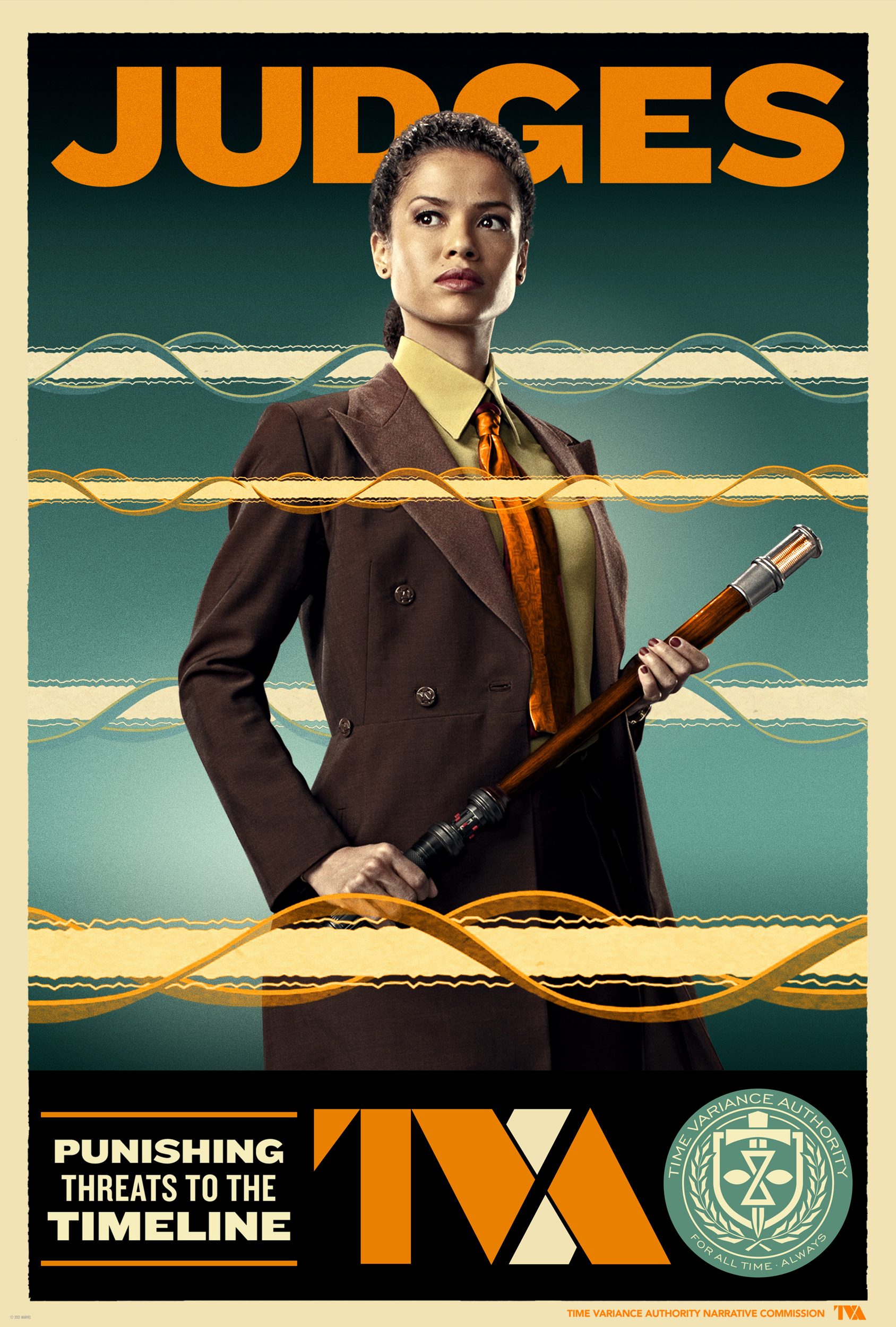 Returning to The Citadel, there’s more talk and more talk. He Who Remains eventually reveals he knows everything that is going to happen. He’s got print outs to prove it. He even gives Loki the print outs. But he makes sure they don’t actually get to the end because you have to experience the journey!

From there we get some really bad dialogue with He Who Remains asking Sylvie if she’s able to trust anyone. It’s an idiotic question given they had her trust Renslayer in the last episode despite how terrible that writing was given how she had previously been characterized.

Shifting back to Mobius and Renslayer, it’s more talking. There is a hint of an interesting conversation about free will, but like the last episode with the ends justifying the means, they don’t actually delve into it. Instead, brushing it aside and moving along.

While they brush the discussion on free will aside, the back and forth between the two actually gets quite good with both of them accusing each other of betrayal. However, the conversation’s end falls flat. Mobius should have had a much stronger response that would have justified his quick turn around, which I’ve criticized in previous episodes.

But the worst part of all of this is that when Mobius does indeed attempt to prune Renslayer, she easily disarms him and then escapes through a time portal. It was really pathetic how Mobius just gets beaten down without any kind of real fight. I’m sure they’ll explain it that the files He Who Remains sent over to her informed her of Mobius’ confrontation. But that’s not actually provided in this episode and either way Mobius should have put up a better fight. 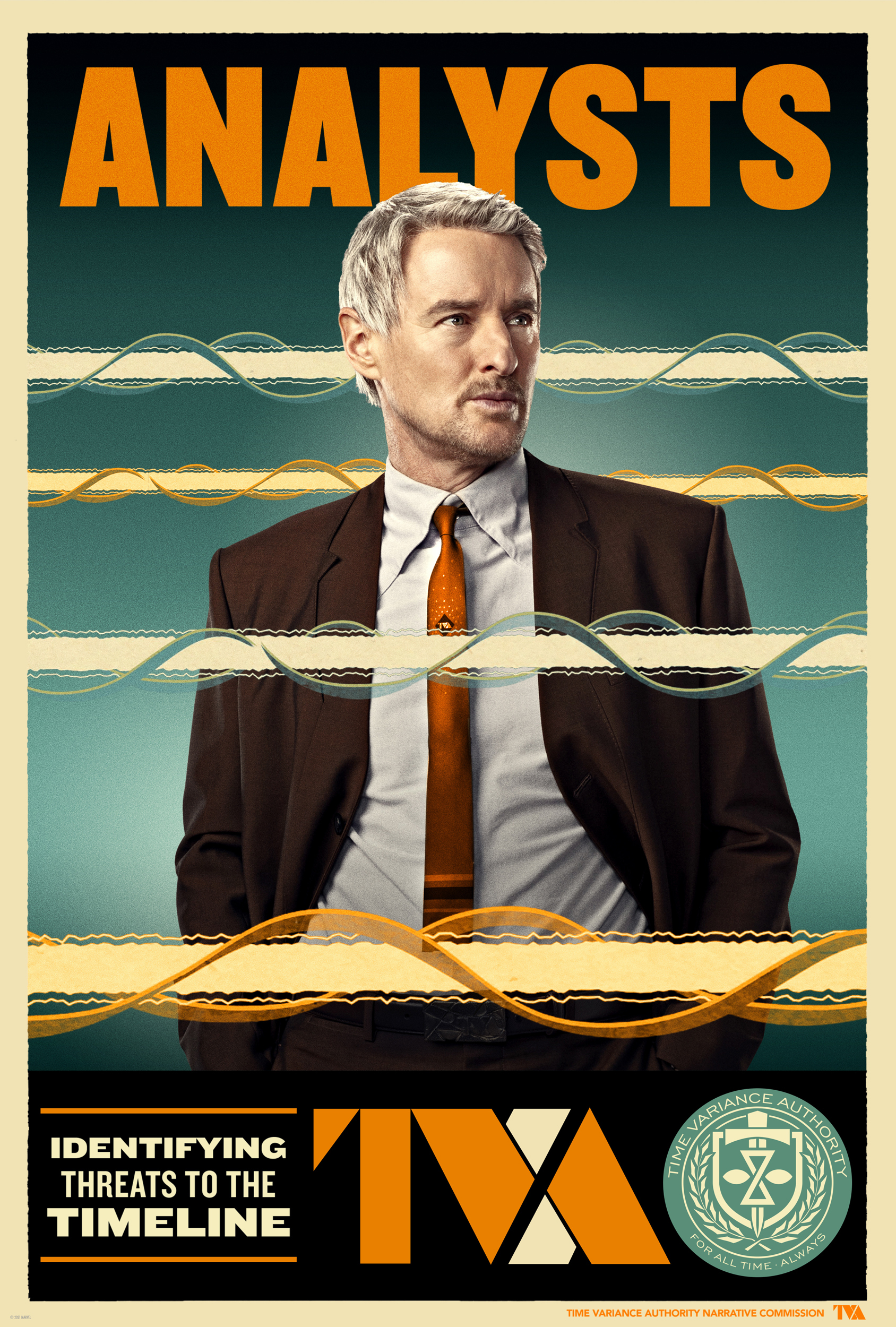 In order to put a stop to it, He Who Remains used Alioth to defeat the other variants. He then claims to have used the TVA to keep the Sacred Timeline in tact.

In an odd turn after claiming he’s used the TVA to keep the Sacred Timeline in tact, he tells the Lokis, “And if you think I’m evil, just wait until you meet my variants.” It makes no sense if he’s ensuring his variants are eaten by Alioth.

However, he then offers Loki and Sylvie two options. Either kill him and create an infinite possibility of timelines or replace him and run the TVA together.

As for why he even offers these two options, he tries to channel an older, more worn down He Who Remains, but Majors doesn’t do a good job of selling it after playing this giddy kid for the majority of the episode.

However, the options still don’t make sense especially the first option and we don’t really get an explanation. How does killing He Who Remains at The Citadel at the End of Time create multiverses? It wouldn’t. The only way that might work is if the TVA stops doing its job and Loki and Sylvie have no way of knowing what the TVA is up to given they gave their only TemPad to Mobius last episode.

Not to mention these two options also contradict the previous proposal about inserting them back into the timeline made by He Who Remains through Miss Minutes.

As the conversation between the three drags on, He Who Remains then makes the revelation that they’ve crossed a threshold and he no longer knows how things are going to play out. This contradicts his previous claim that he knew how everything would play out and that he’s gone through a thousand life times.

Then addressing the two options, he claims either Loki and Sylvie take over his life’s work or they kill him and another Multiversal War starts and he ends up back at the end of time again anyways.

Which makes no sense given he just said he doesn’t know how things are going to play out. It’s just contradiction after contradiction now.

A battle eventually ensues when Sylvie, not believing He Who Remains attempts to kill him after he removes his TemPad. Loki intervenes. And the two go back and forth on whether or not He Who Remains was lying despite him literally claiming he previously lied about knowing everything that was going to transpire.

The battle is completely absurd as Loki says he doesn’t want to hurt her but slashes his blade wildly towards her.

The battle ends with a Reylo moment as Loki and Sylvie kiss and then she sends him through a time portal using He Who Remains’ TemPad. Sylvie then kills He Who Remains.

With his death the Sacred Timeline begins branching infinitely around the Citadel. 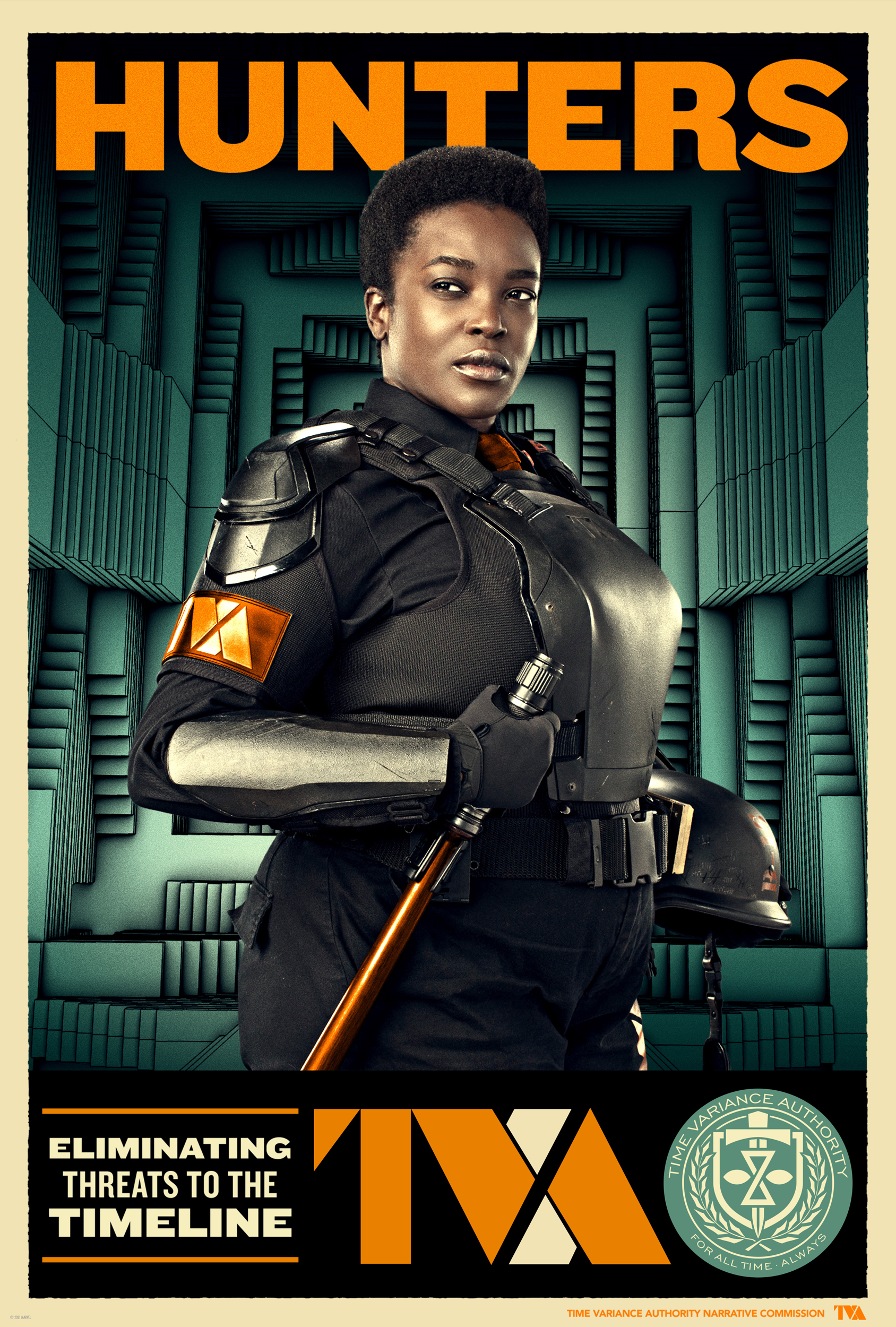 In the closing moments, Mobius and B-15 watch the Sacred Timeline branch while Loki, who was transported to a TVA cell breaks out of his mopey stupor and dashes through the TVA where he eventually runs into Mobius and B-15 in the Archives area.

He eventually locates them and it’s there that he discovers he’s in a different version of the TVA that appears to be led by either He Who Remains or one of his variants.

At the end of the day, this show is completely pointless and can be skipped. It adds nothing that wasn’t already revealed by Avengers: Endgame that introduced multiple timelines. The journey to get back to the same point that we left off in Endgame is also not entertaining. It mistreats its characters, has horrendous contradictory dialogue and plot lines, and worst of all it’s plain boring with endless conversation after endless conversation.

This is another major missed opportunity for the Marvel Cinematic Universe.