The American Booksellers Association has issued to the trans community an apology for a self-described “serious, violent incident” in which they recommended Abigail Shrier’s ‘transtrender’ critical book, Irreversible Damage: The Transgender Craze Seducing Our Daughter, to members of their organization. 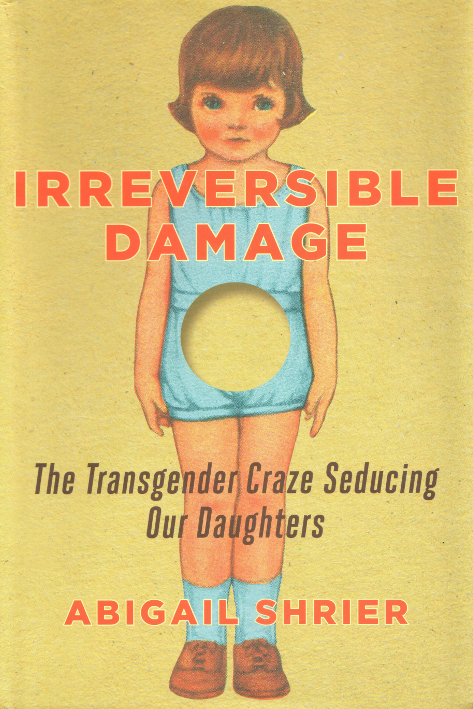 Published to their official Twitter account on July 14th, The American Booksellers Association’s apologetic statement explained that “an anti-trans book was included in our July mailing to members,” and asserted that the promotion of the unnamed book was both “a serious, violent incident that goes against ABA’s ends policies, values, and everything we believe and support” and “ is inexcusable.”

“We apologize to our trans members and to the trans community for this terrible incident and the pain we caused them,” the ABA groveled. “We also apologize to the LGBTQIA+ community at large, and to our bookselling community.”

Assuring their fans that they believed “apologies are not enough,” the ABA further informed its members and followers that they had ”begun addressing this today and are committed to engaging in the critical dialogue needed to inform concrete steps to address the harm we caused,” which would “be shared in the next three weeks.” 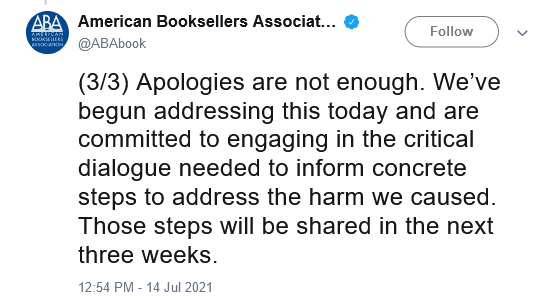 “I’m seething,” wrote one trans bookseller, Casey Morrissey, in a tweet made following their own personal reception of the ABA’s mailing. “I was excited to open our July white box, and then the first book I pulled out is ‘Irreversible Damage.’”

“Do you know how that feels, as a trans bookseller and book buyer?” they asked. “It isn’t even a new title, so it really caught me in the gut. Do better.” 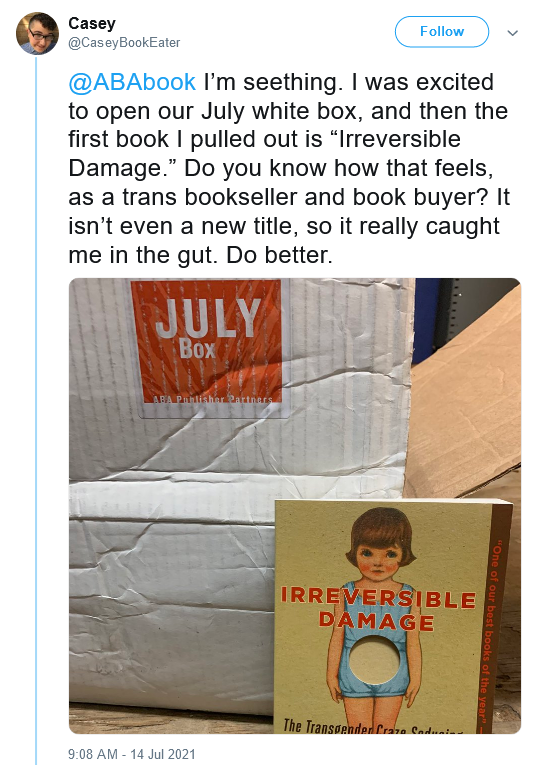 In a follow-up statement emailed to its members, the ABA further assured them that they were “angry and horrified” not just by the promotion of Shrier’s book, but also a previous incident in which they posted “the cover of a book written by a right-wing extremist’s book,” assumed to be Blackout written by conservative commentator Candace Owens, “instead of the cover for the bestselling book Blackout by Dhonielle Clayton, Tiffany D. Jackson, Nic Stone, Angie Thomas, Ashley Woodfolk, and Nicola Yoon.”

“There are no apologies and no amount of explanations that are sufficient or satisfactory,” they further apologized. “These incidents harmed booksellers, ABA board members, and ABA staff who identify as LGBTQIA+ and/or BIPOC, as well as the wider community. They also added to a toxic culture overall.”

Describing the incidents as “evidence of system problems,” the ABA concluded their follow-up apology by promising members, that they would “support the staff and will work to do what’s necessary to root out institutional failures and biases.”

“We hold ourselves accountable, and we will be transparent as we move through this process,” the organization declared. “This cannot happen again.”

The ABA’s apologetic sentiments were further echoed by its CEO, Allison Hill, who in her own independent statement took apologies for doing “horrific harm” by including “an anti-trans book in ABA’s July box mailing to members” and for inflicting “terrible and racist harm” with their featuring of “the bestselling book Blackout by Dhonielle Clayton, Tiffany D. Jackson, Nic Stone, Angie Thomas, Ashley Woodfolk, and Nicola Yoon with the wrong cover image, conflating it with an image of the cover of a book by a different Black author, a right-wing extremist.”

“We traumatized and endangered members of the trans community,” said Hill. “We erased Black authors, conflated Black authors, and put the authors in danger through a forced association. We further marginalized communities we want to support.” 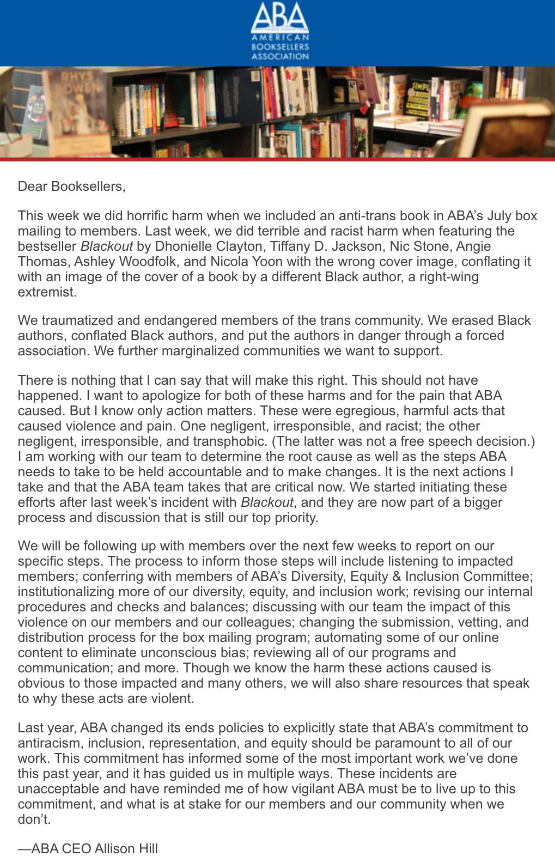 The CEO concluded her statement by once again assuring members that the ABA would be taking various “specific steps” to rectify their transgression, including “conferring with members of the ABA’s Diversity, Equity & Inclusion Committee; institutionalizing more of our diversity, equity, and inclusion work,” and “automating some of our online content to eliminate unconscious bias.”

Shrier responded to the ABA’s statement on Twitter writing, “The Book-banning Left is a totalitarian movement. It has no use for an open, liberal society with a broad diversity of viewpoints, and it will use shame, fear, and coercion to win. It can’t be harmonized with Liberalism.” 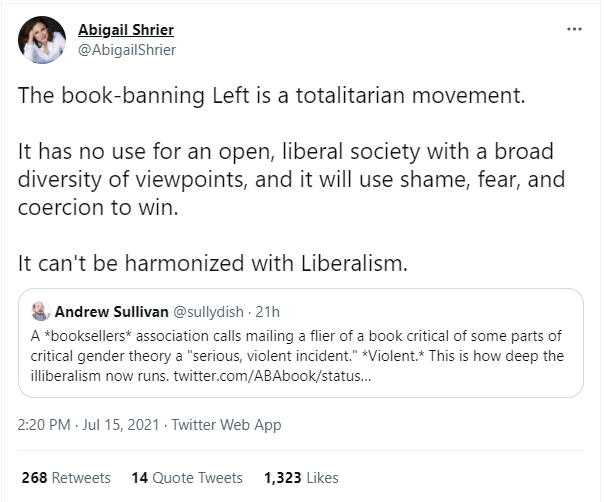 What do you make of the ABA’s apology? Let us know your thoughts on social media or in the comments down below!