After character designer Dave Alvarez recently discovered that Warner Bros. had failed to credit him for his design work on Space Jam: A New Legacy, users across social media began to spread the hashtag #CreditDave in an attempt to bring awareness to and correct the studio’s alleged failings. 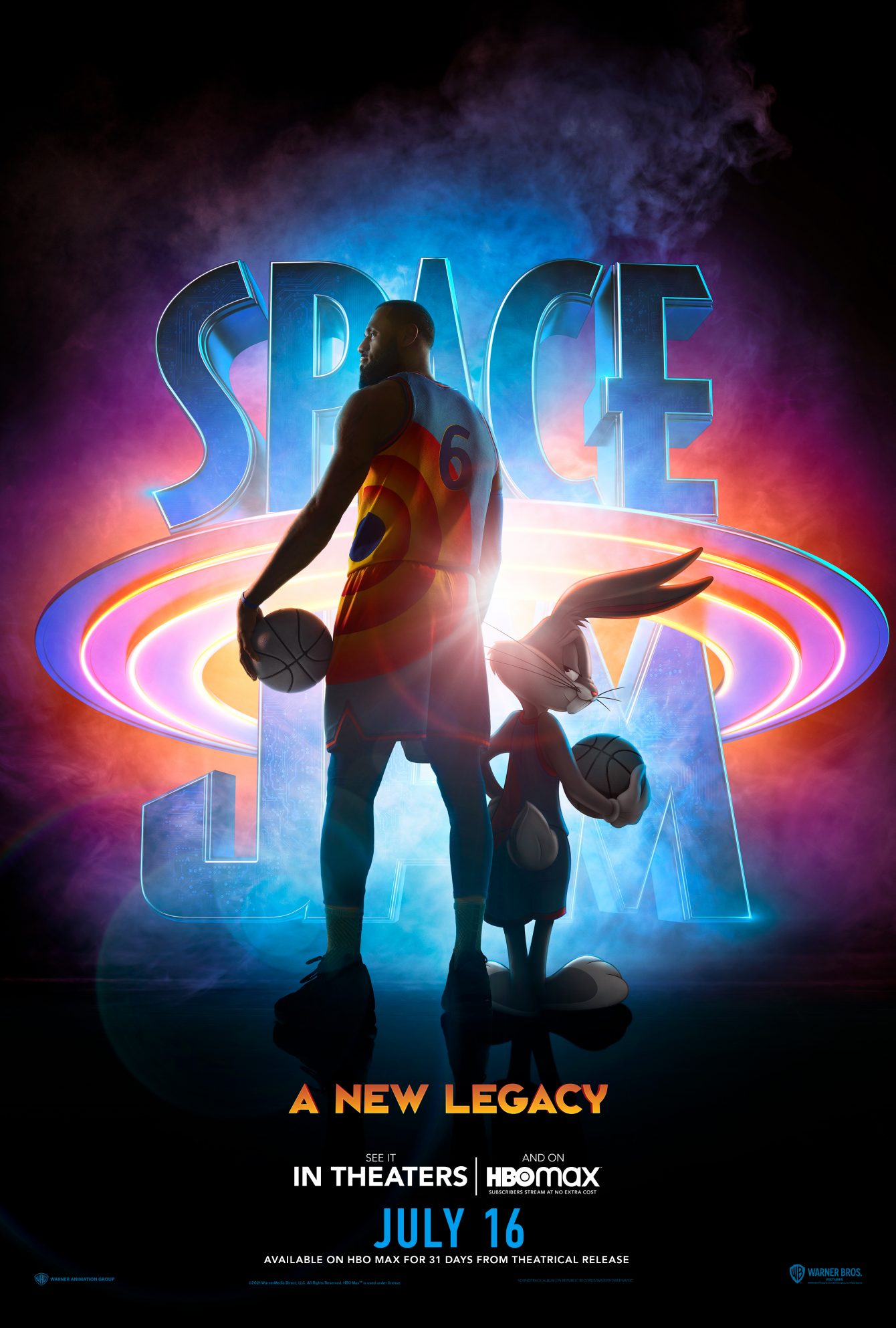 Alvarez, a  whose Looney Tunes-related portfolio credits include DC Comics’Jonah Hex/Yosemite Sam special, Cartoon Network’s The Looney Tunes Show (2011), and HBO Max’s current  Looney Tunes Cartoons, first uncovered Warner Bros.’ failure to credit his work on on July 17th, when after sitting down to watch “the movie that ‘dad help make’” with his family, he reportedly found that his “name was omitted from the final credits.”

“At first I thought that perhaps I missed it but…no…we checked 3 times and I’m just not there,” wrote Alvarez in a now-deleted post shared to his personal Facebook page, which has since been shared and remains live on his Twitter page. “I feel devastated. I worked hard in summer 2019 to help the crew with a lot of designs that were actually USED in the final product.” 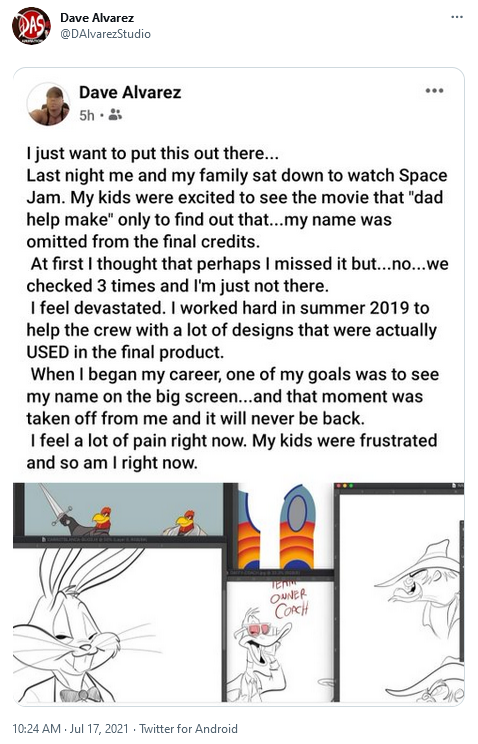 Alvarez’s now-deleted Facebook post included screenshots of his design work, including a render of the Tune Squads’ new jerseys, a drawing of Daffy Duck as an NBA team owner, and a sketch of Bugs Bunny dressed in a white suit for the film’s Casablanca homage scene.

He continued, noting how, “when I began my career, one of my goals was to see my name on the big screen,” before lamenting that this moment was instead “taken off from me and it will never be back.”

“I feel a lot of pain right now,” concluded Alvarez. “My kids were frustrated and so am I right now.” 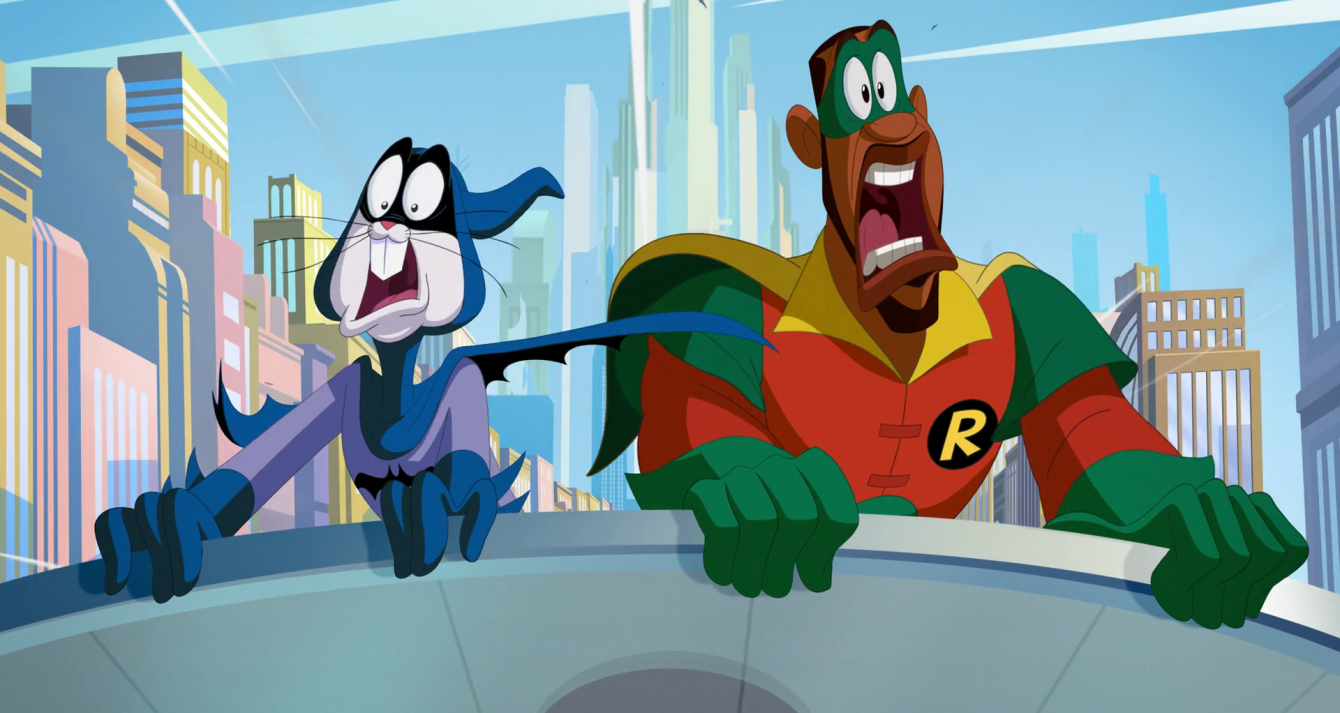 As of writing, Warner Bros. has not publicly responded to either Alvarez’s post or the #CreditDave hashtag.

What do you make of Alvarez’s situation? Let us know your thoughts on social media or in the comments down below!