KonoSuba fans have received a new blessing in this wonderful world, as the official Twitter account for the popular light-novel’s Studio Deen produced anime adaptation has announced that a new animated project based on the KONOSUBA – God’s Blessing on This Wonderful World! light novel series is currently in production. 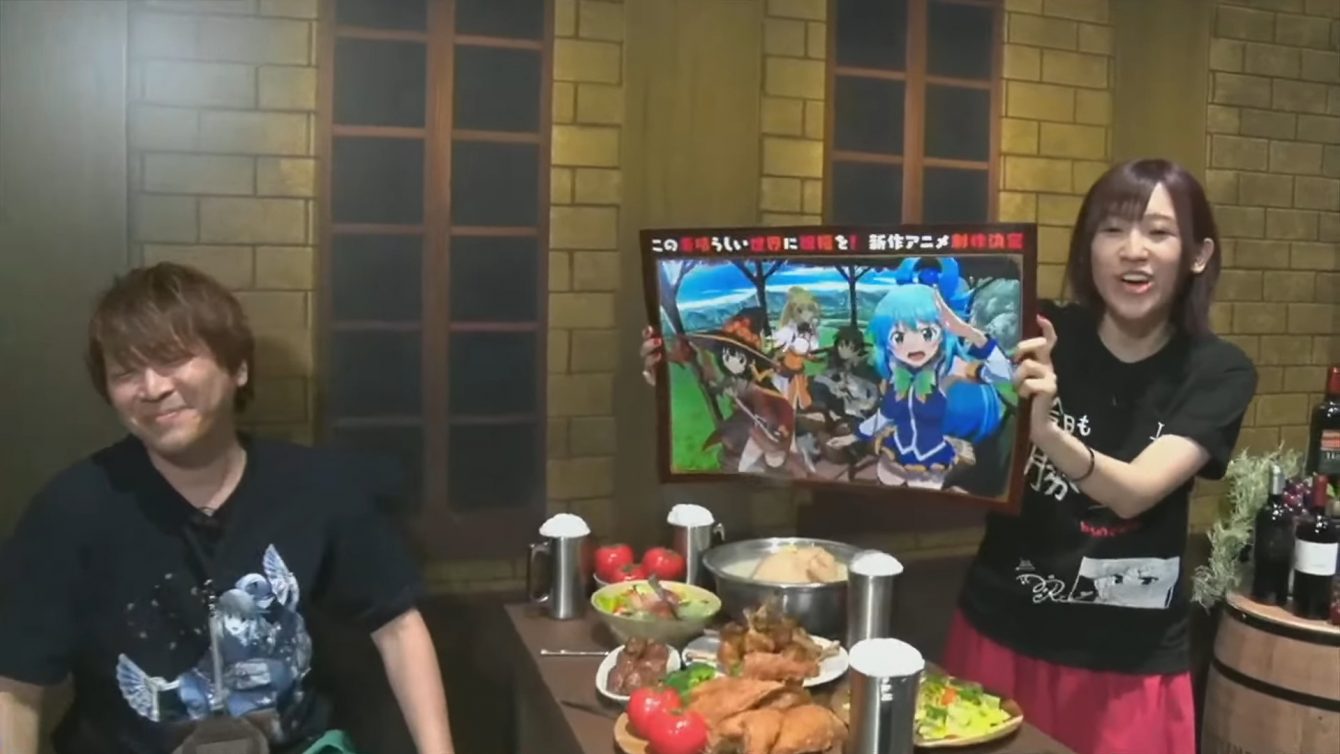 The upcoming project was announced on July 17th at the conclusion of the series’ recent KonoSuba Channel from Isekai Museum livestream event, wherein members of series’ staff revealed its existence with the surprise unveiling of the project’s first piece of key art.

The key art, which shows KonoSuba’s main cast of four protagonists in an updated visual style from the series’ previous two anime seasons and theatrical film, KonoSuba: God’s Blessing on this Wonderful World! Legend of Crimson, was later uploaded to the official KonoSuba anime Twitter account, alongside the confirmation, “The production of a new animation has been decided!”

However, as details outside of its existence are scarce, the KonoSuba production team concluded their tweet asking fans to “Please look forward to the follow-up report” for more information regarding the project. 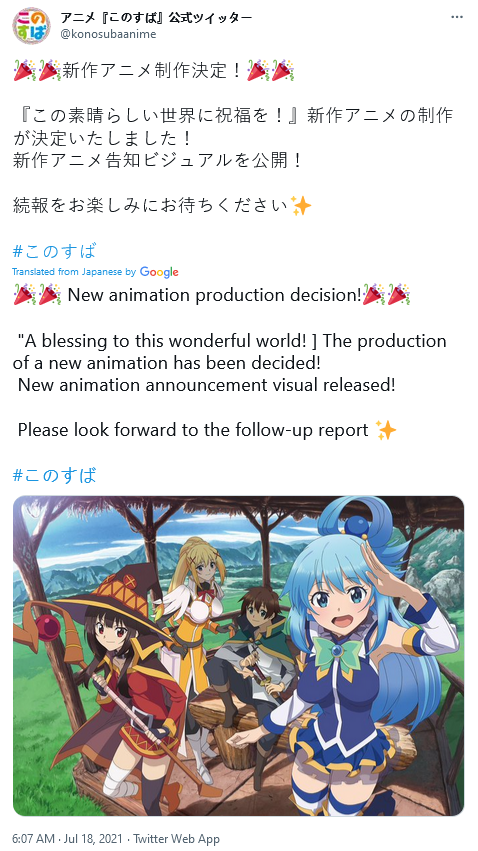 Are you excited for more KonoSuba? Let us know your thoughts on social media or in the comments down below!