The recently published Fantastic Four: Life Story #2 is currently making the rounds with a number of people claiming that Captain America betrayed the United States of America during the Vietnam War with some even claiming that he killed American soldiers.

Fantastic Four: Life Story #2 is written by Mark Russell with artwork by Sean Izaakse. The story follows the Fantastic Four and other Marvel heroes during the 1970s. 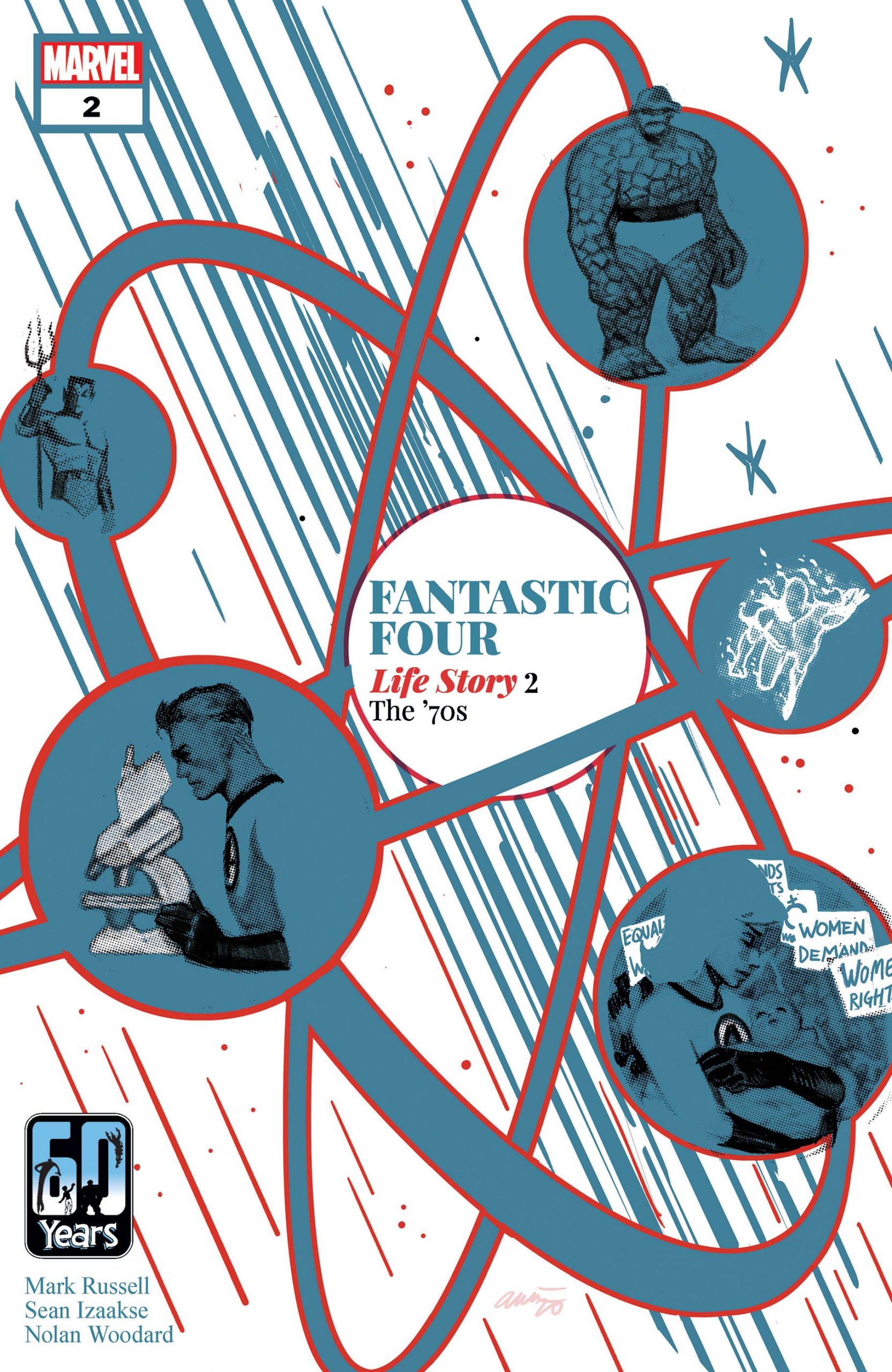 The official description from Marvel reads, “The story of the Fantastic Four’s lives in real time continues! Set in the 1970s, the heroes struggle to find their role in a rapidly changing world. Sue continues to fight for social causes while Reed becomes increasingly obsessed with preparing for the impending arrival of Galactus, creating tension with the Four.”

While the story predominantly focuses on the Fantastic Four, there is a brief moment where it gives us a glimpse at what some of the other Marvel heroes including Black Panther, Namor, and Captain America are doing during the 70s.

Sue Storm, as the narrator, details, “The world was a mess. So heroes started acting on their own, doing whatever seemed right to them. Because when you can’t trust those in charge to do the right thing…Who else is there?”

With Captain America, he’s riding around on his motorcycle in Vietnam when he comes upon an American soldier who has three individuals captured and held at gun point. 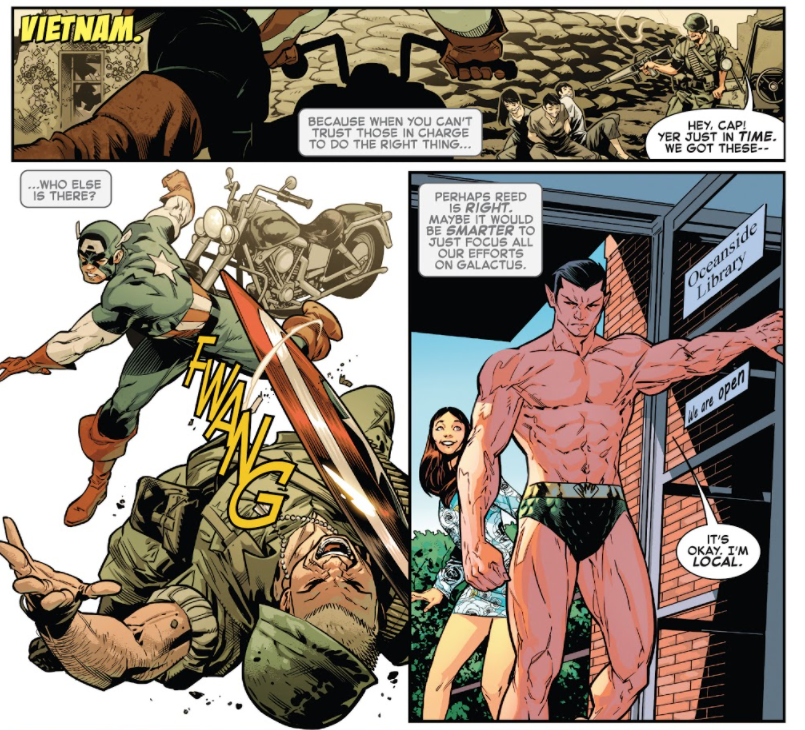 Related: Marvel Reveals Steve Rogers No Longer Believes In The American Dream In First Issue Of The United States of Captain America

That’s all there is to Captain America’s brief time in Vietnam featured in the comic.

However, that was enough for ScreenRant to run an article claiming, “Marvel Confirms Captain America Would Have Switched Sides in Vietnam.”

But as you can see above, the panel doesn’t show that these are communist prisoners. It simply shows a U.S. soldier at gun point guarding three people dressed as civilians.

It’s possible this soldier might have been preparing to execute these people, and Captain America was preventing a soldier from committing a heinous war crime, but the comic makes it ambiguous. It’s not clear. 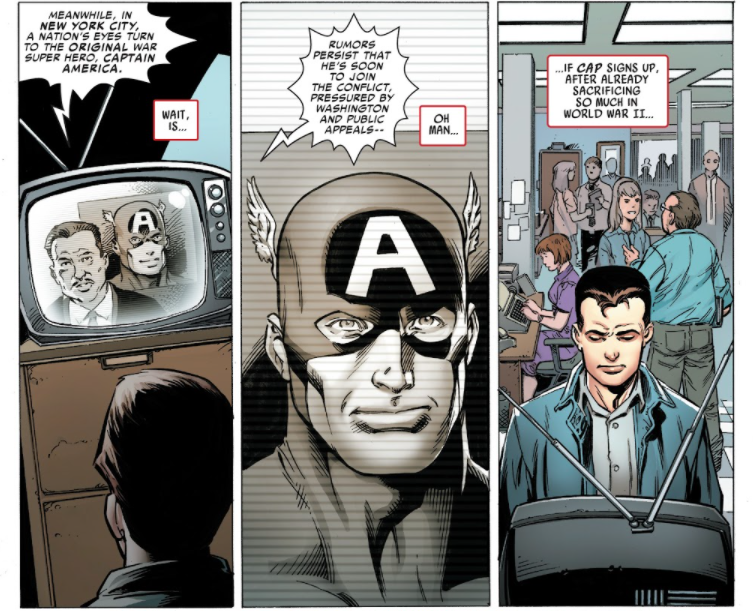 On the other end of the spectrum, The Post Millennial’s Ari Hoffman wrote an article titled “Captain America portrayed as killing American soldiers in new, Vietnam-era comic book.”

Hoffman claims, “In Fantastic Four: Life Story #2, Captain America attacks American soldiers in an effort to free communist prisoners held by the US.”

Again it’s unclear if these prisoners are even communists. It’s possible that they could be, it’s also possibly they could be civilians who have been wrongly rounded up.

As for Captain America killing the soldier, it’s unclear if that actually occurred. We only see him chucking his shield at him and the soldier falling backwards. 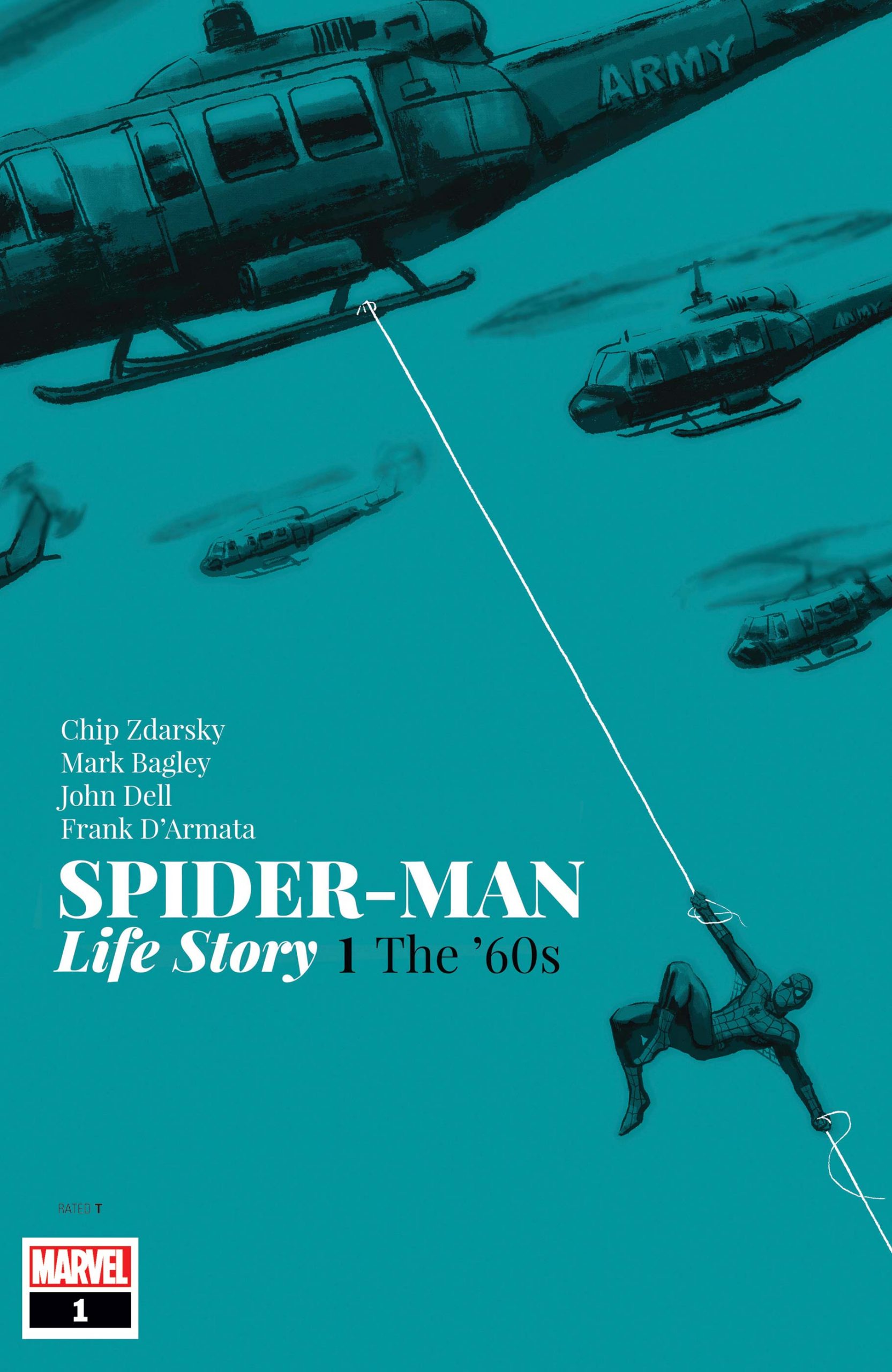 Related: Anthony Mackie Says He Had To Overcome His “Fear Of Representing A Country Who Doesn’t Represent You” Before Playing Captain America

This isn’t the first time Captain America has attacked U.S. soldiers in Vietnam. Back in Spider-Man: Life Story #1 by Chip Zdarsky, Mark Bagley, John Dell, and Frank D’Armata, three soldiers approach a Vietnamese village and confront a number of villagers in 1967.

The soldiers believe there could be Viet Cong hiding among the civilians and one of the grunts confronts a woman holding an unidentified object in her hands. The soldier says, “S-Sarge! We have an explosive!” 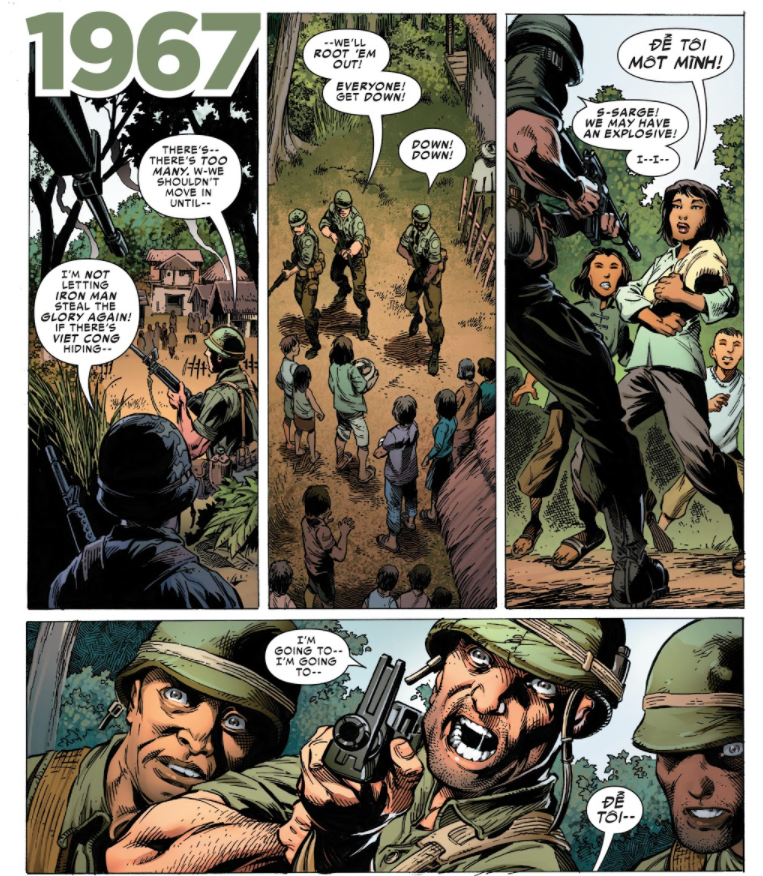 Before he can say anything else, he and the other soldiers are smacked in the face by Captain America’s shield.

One of the soldiers responds, “Nhg. Heard you’d turned traitor. Can’t believe I’m seeing it with my own–”

Cap responds saying, “Shut up. You go back and you tell Iron Man…These people? They’re under my protection.” 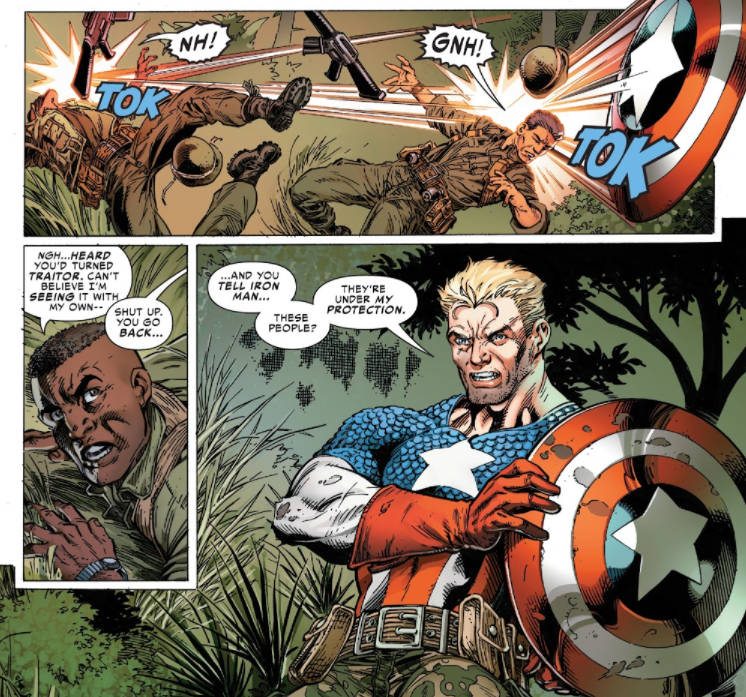 Like in Fantastic Four: Life Story #2, this segment of panels is ambiguous as well. It’s possible those soldiers are in the right  as they err on the side of caution to investigate the village in case they might be harboring any Viet Cong.

However, it’s also possible that the soldiers were being a little too aggressive with villagers who might be completely innocent, and Captain America’s actions were preventing a possible war crime and massacre.